On 16 August we departed Panama City Marina and headed West along the GICW for Bluewater Bay Marina, approximately 62 miles.  Leaving PC Marina we steamed under Hathaway bridge that spans the Eastern entrance to Grand Lagoon and West Bay.  West bay opens into big water for about 15 miles till it necks down to the man made canal at a little community called West Bay Fl.  This canal winds for 30 miles through a conservation area called the Point Washington State Forrest then connects with another big water bay called Choctawhatchee Bay.  At the West end of Choctawhatchee Bay we turned North after passing under the Mid Bay Bridge and steered toward the town of Niceville FL where we stopped for the day at Blue Water Bay Marina.  The entrance to BWBM was marked but our depth sounder alarm kept going off and causing the crew of Viridian to become a little nervous.  The nice lady at the marina office talked us in and we tied up to the wooden docks and made our way up the planked walkway to the office.  We were given the keys to a loaner vehicle so we could drive into town and get supplies for the next day.  After returning the car we bought fresh ice and took our supplies to the boat and settled in for supper.  There was a full moon that night and the sunset over the marina was beautiful. 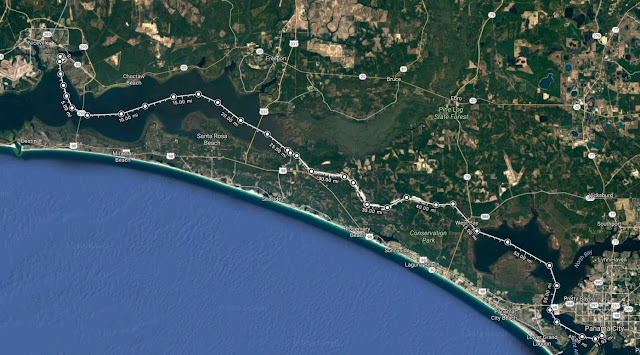 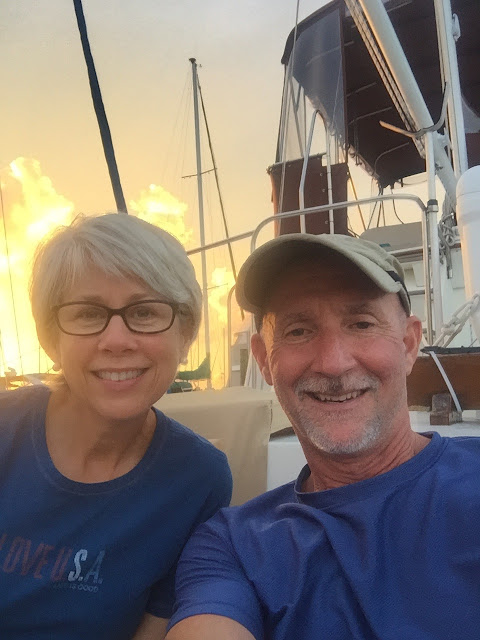 Chilling out as the sun sets 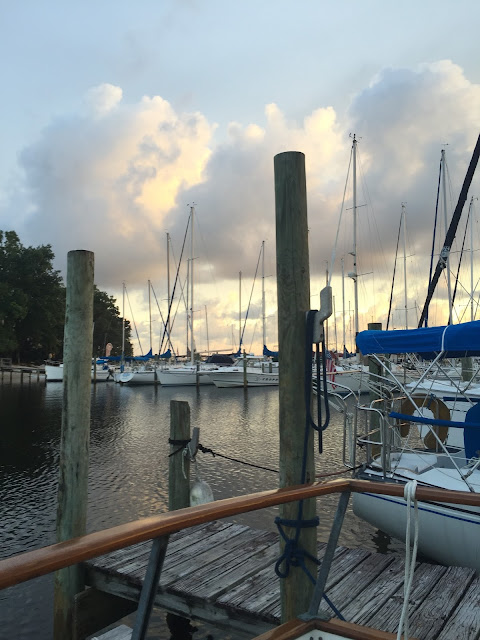 View from the stern of Viridian at Blue Water Bay 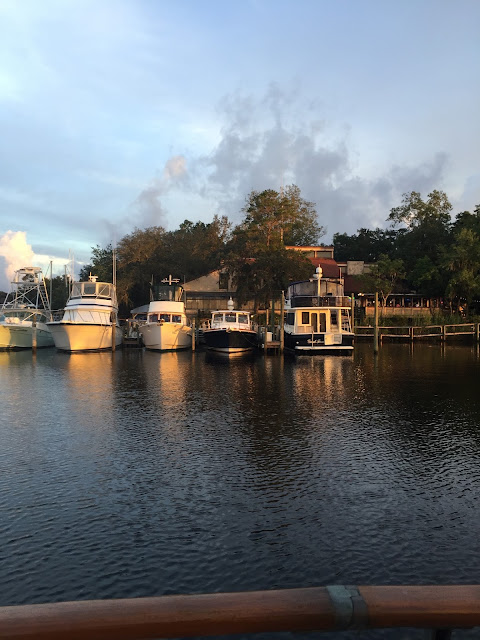 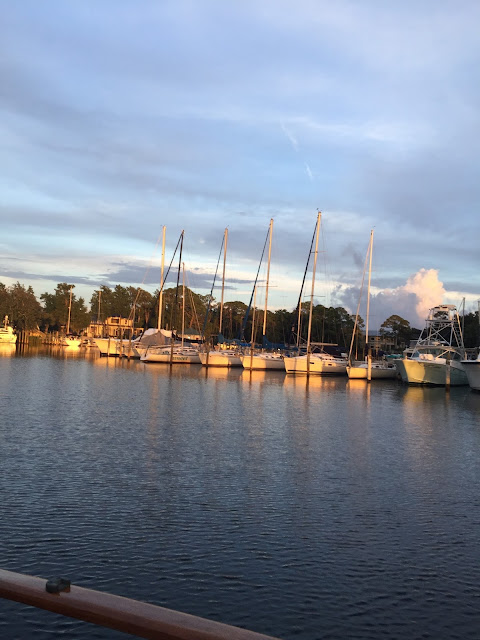 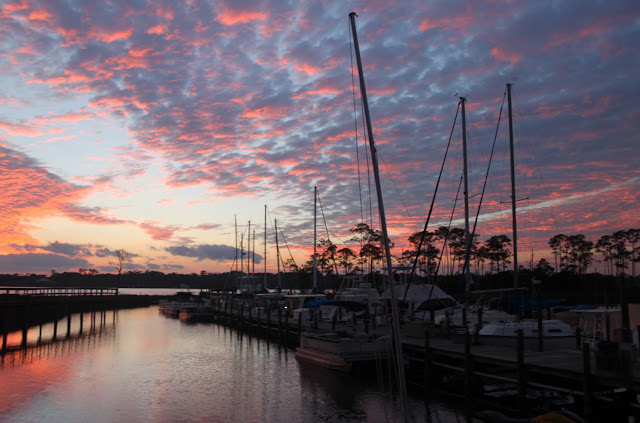 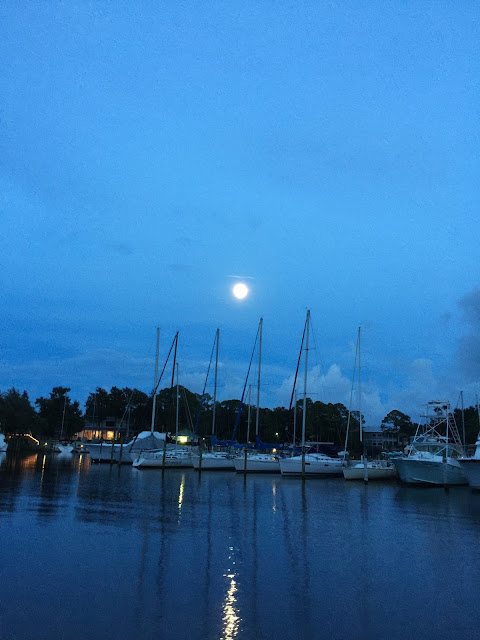 Full Moon rising over the Bay
Posted by Unknown at 7:00 AM