First Anchorage of the Trip

We enjoyed a relaxing stay at Grand Harbor and were able to go shopping and secure our new driver's license that William mailed to us.  Taking our time and practicing to become "laid back loopers", we departed GH after getting a pump-out and helping fellow Loopers get away in the 10 mph West wind that was blowing off the beam.  Our cruise to 5 Fingers anchorage was about 32 miles with no lock to pass through.  This portion of the Tenn-Tom is called "the big cut" because it is a ditch the Corps of Engineers dug to connect Yellow Creek to the headwaters of the Tombigbee.  The wind blew all the way and made for a rather cool ride.  We detected a tug meeting us in a 90 deg bend with the aid of AIS (automatic identification system) so we idled back and waited for it to come around so we could pass in a straight portion of the ditch.  Several tugs were sitting still on the waterway so I asked one why were they not moving.  He said that they had been given a stand-down order and were not told the reason.  The ditch gave way to Whitten lake where we moved behind the dam and turned to port into a slough that is shaped like a hand (5 Fingers).  All fingers are running North so we would be protected from the winds coming out of the West (we picked the forefinger to anchor in).  The anchor didn't stick the first try so we repositioned and it took hold the second time.  Once we got situated we lowered the dinghy and started exploring the area.  The "finger" had sandy beaches all around and the wind was calm.  After some hiking and and taking photos we dinghied back to Viridian and Meg prepared a wonderful Italian meal using fresh seasonings she got in Corinth, MS.  The sun set and the view was stunning.  Cameras can only catch a portion of the actual scene so we will share a few below. 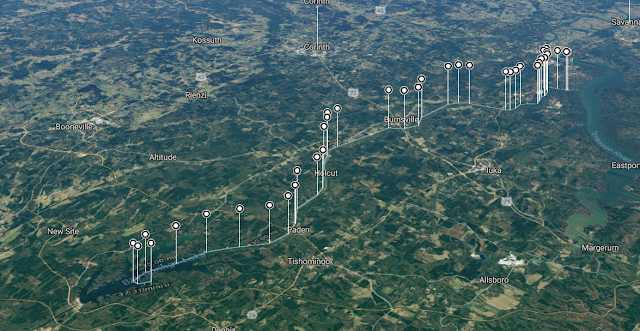 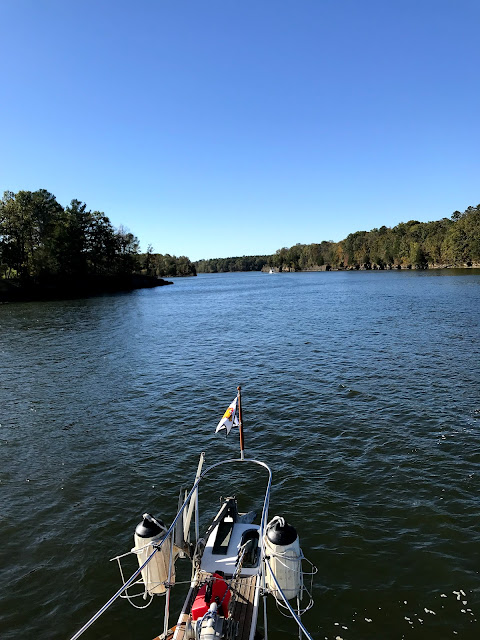 Heading from Grand Harbor down Yellow Creek toward "the big cut" 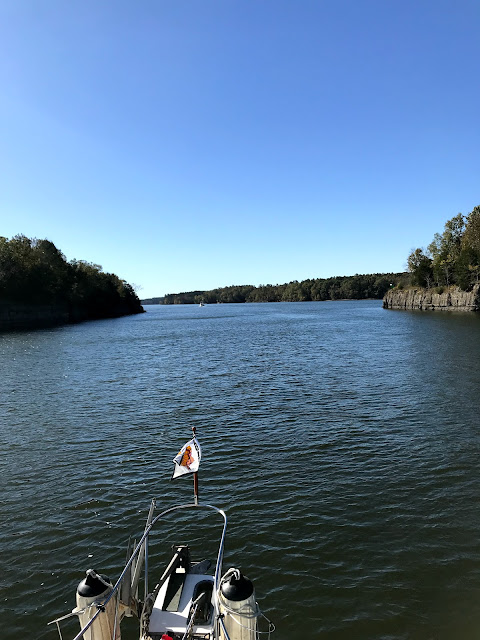 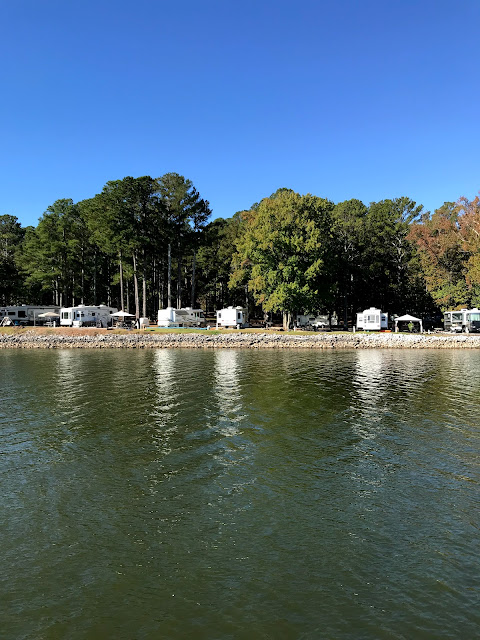 Tugs too big to get in a single photo frame 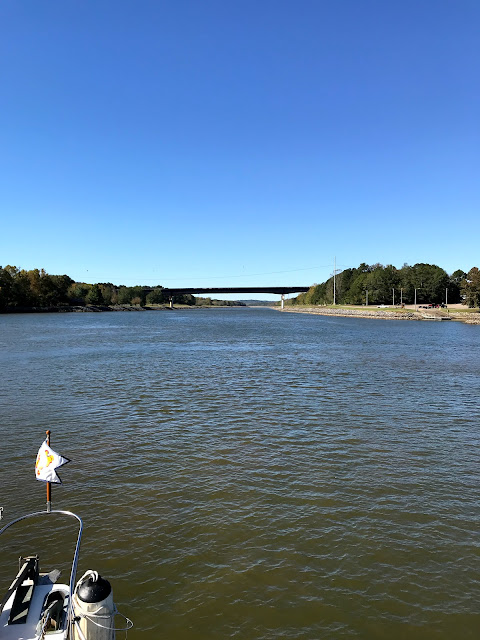 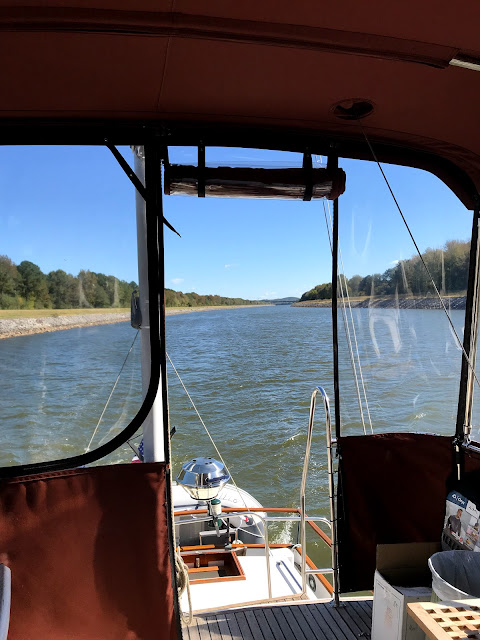 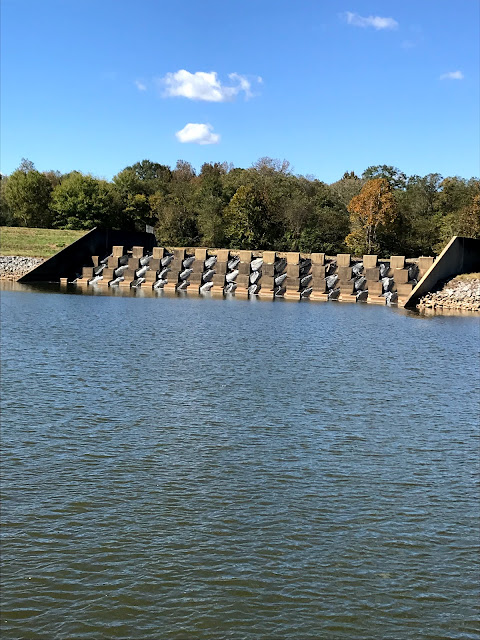 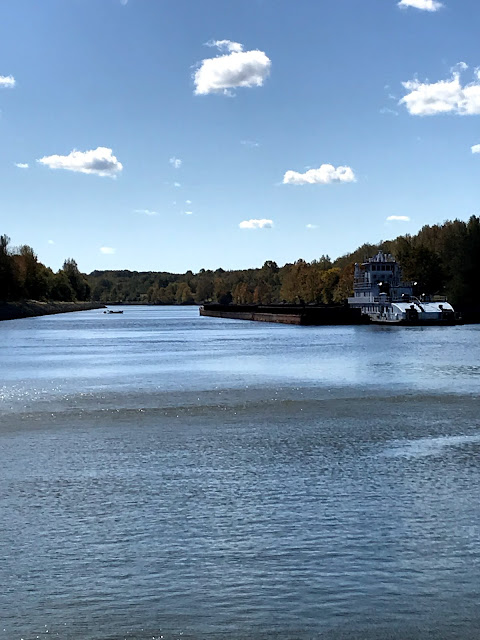 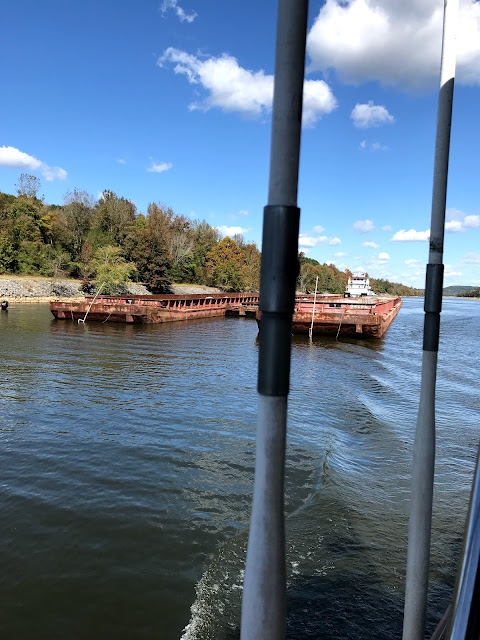 Detected this tug in 90 deg bend with AIS.  Waited for it to come through 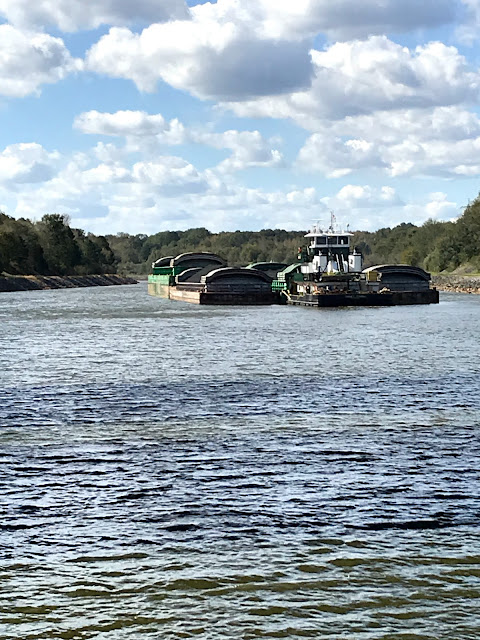 And there she goes! 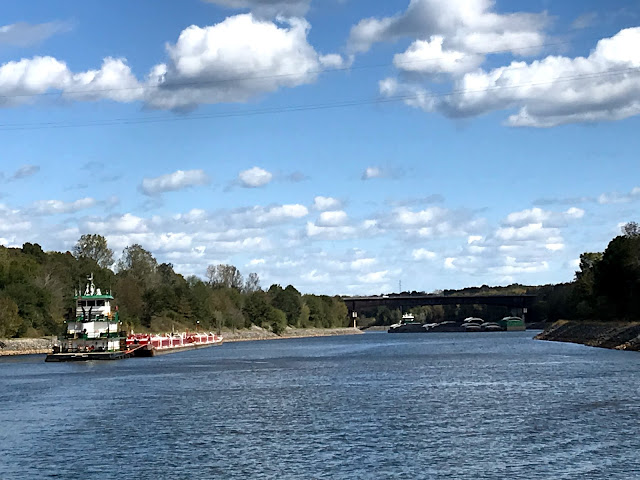 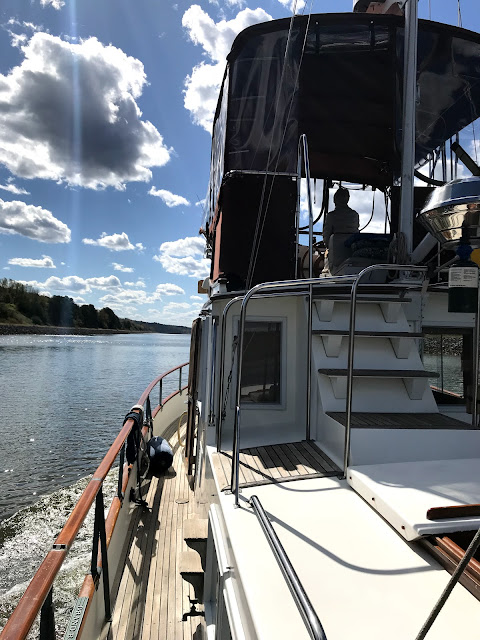 First Mate taking the helm for a while 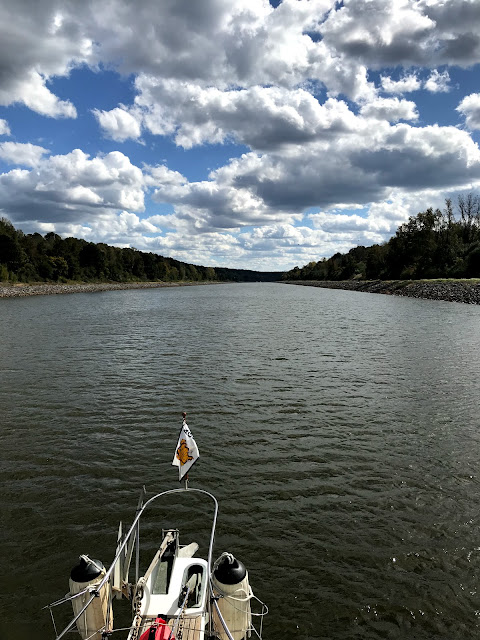 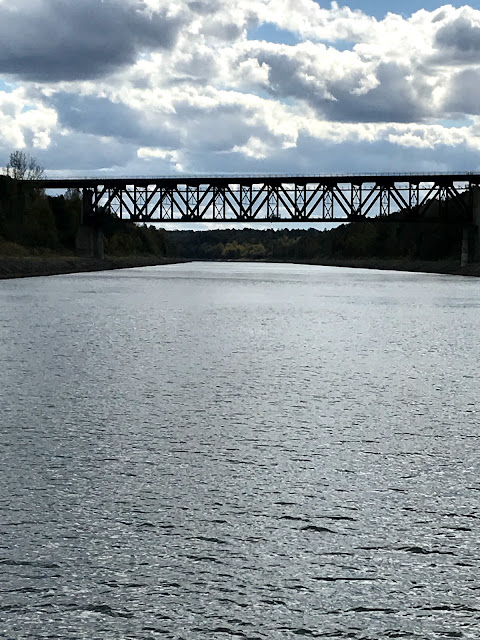 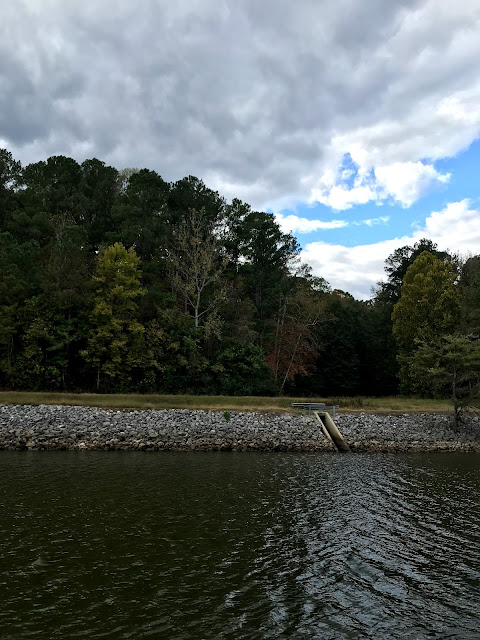 Manicured Banks all the way down 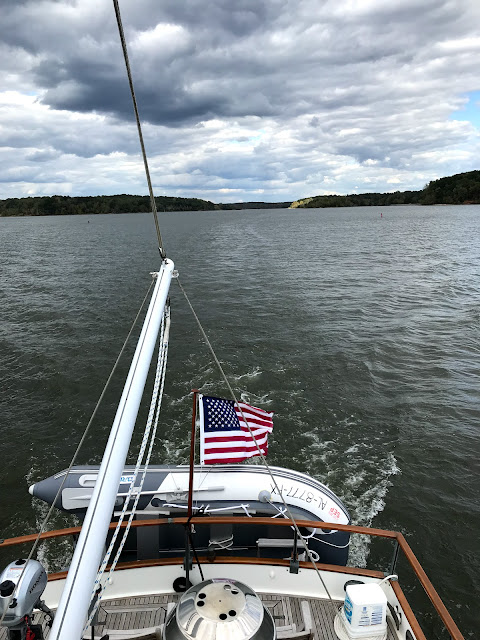 Leaving the "Ditch" for the open waters of Whitten Backwater 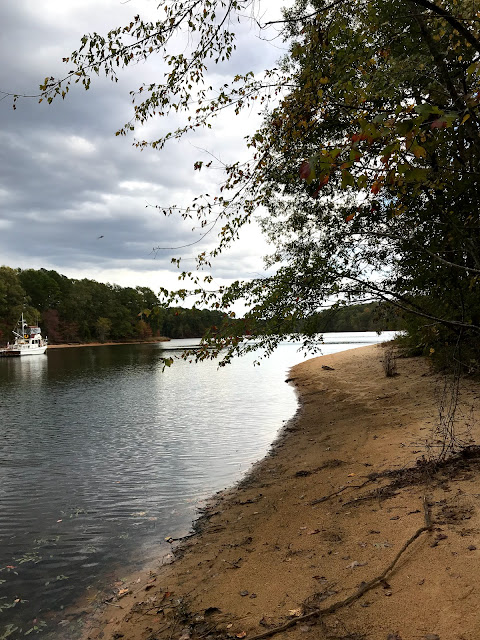 Our first anchorage on the Loop.  Great Place called 5 Fingers.  A slough shaped like hand with five fingers running North and South.  Kept us out of the strong Westerly winds. 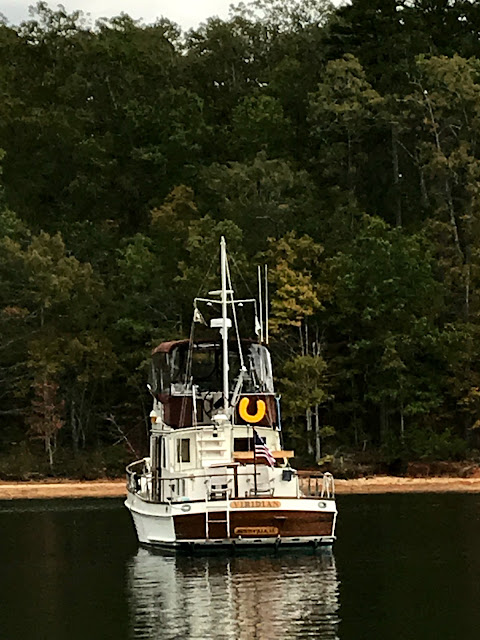 Viridian at anchor in 5 fingers 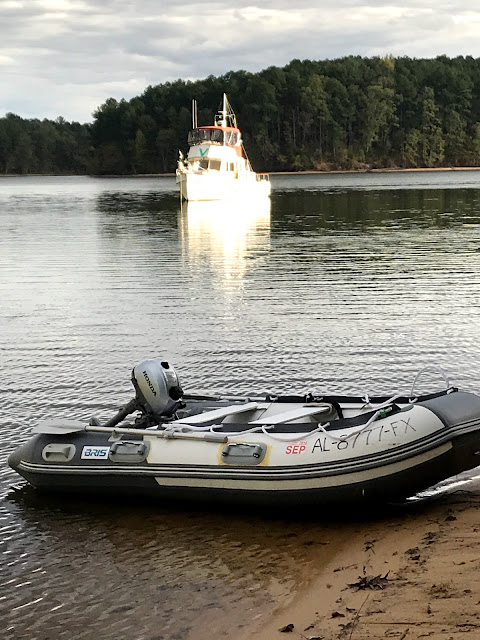 Went exploring on the sandy beaches around the index finger 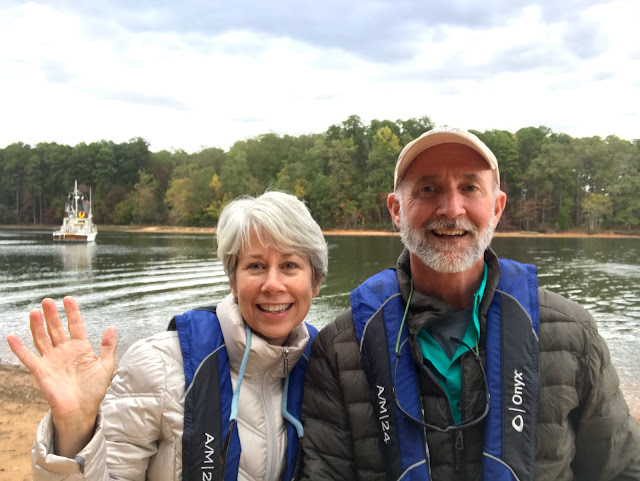 A view from Viridian 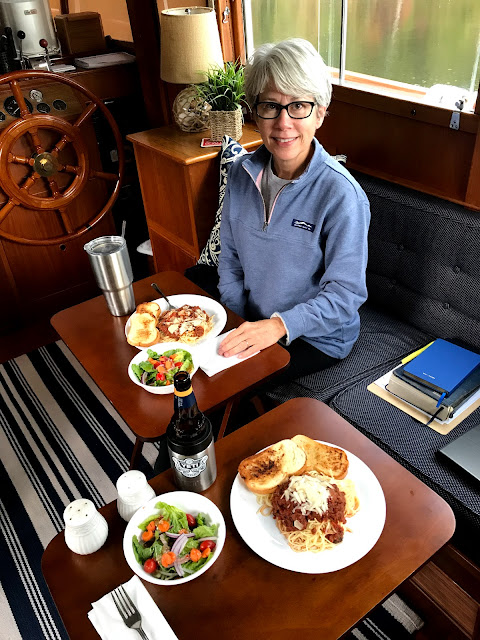 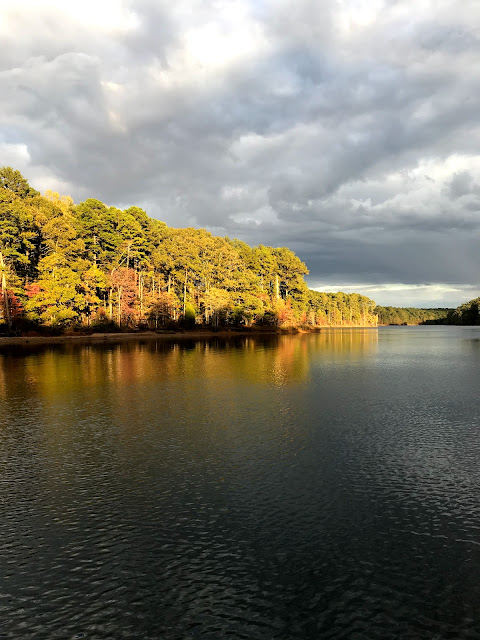 The day comes to an end 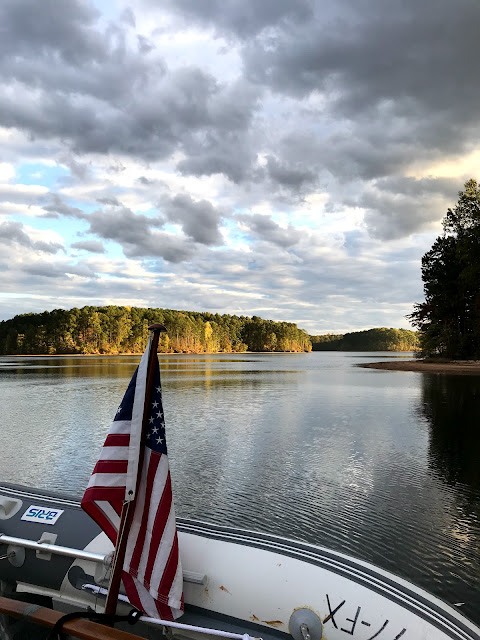 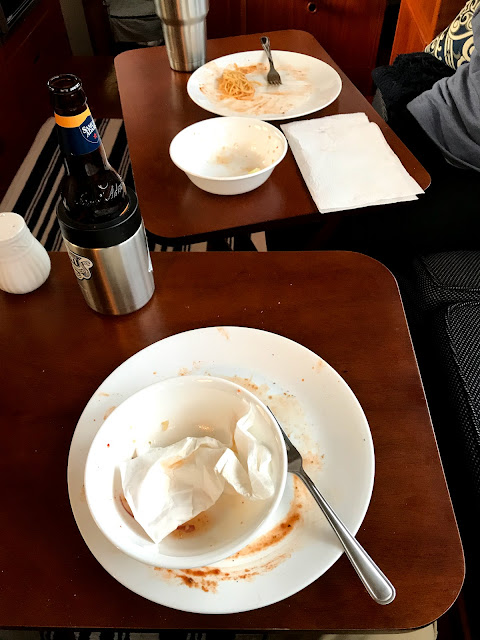 And so does the meal 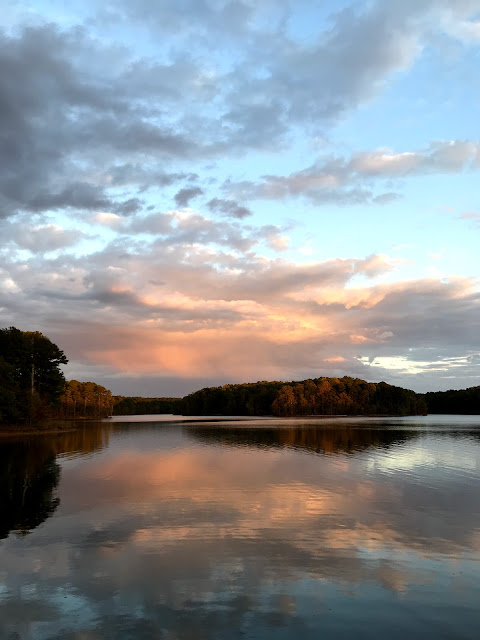 Most peaceful place on earth!
Posted by George Sanders at 4:39 PM