Today, after re-adjusting our dock lines, we forked our yellow, non-motorized mobile devices and headed west on the bike path to checkout the other end of Sanibel Island.  Yesterday we went to the beach on the east end and spent an hour or so walking up and down the beach looking for shells and taking a dip in the cool Gulf water.  According to our map of the area there is a large grocery store a few miles west of here and a bike path all the way down.  So off we went on an easy ride, mostly in the shade, and took note of all the restaurants, shoppes, groceries and art galleries along the way.  Our goal today was to get to the end of the the main road that terminated at the Bailey's General Store.  A few items were purchased there such as motor oil for the dinghy engine and a screw-in anchor for a beach umbrella.  On the way back we stopped by the Farmer's Marker and got a snack and a cool drink followed by a walk through an outside art gallery where we got two postcard sized watercolor pictures painted by the artist selling her stuff.  Several restaurants were noted as well as hardware and drug stores (and boutiques) along the main drag along the island.  A stop at a strip mall had a store that carried OluKai sandals that were purchased to replace a worn out pair of Sperry.  Now we know what is down this avenue and tomorrow we will explore side roads that have bike paths and see what we can find there.

Upon returning to the marina, we ran into the Looper crew from "Unruly".  We last saw them in Florence, AL and now our paths crossed again. 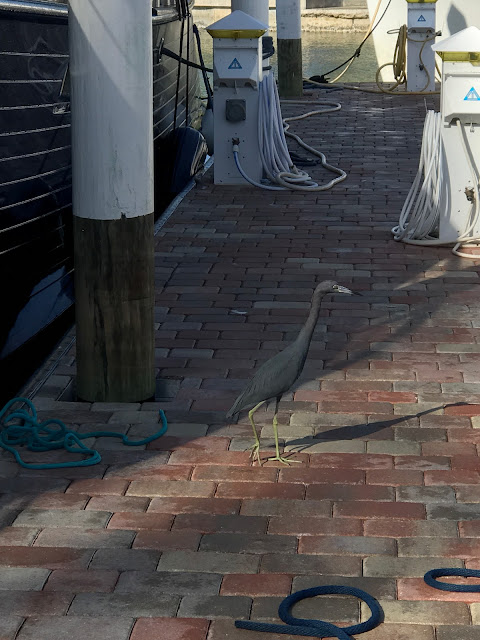 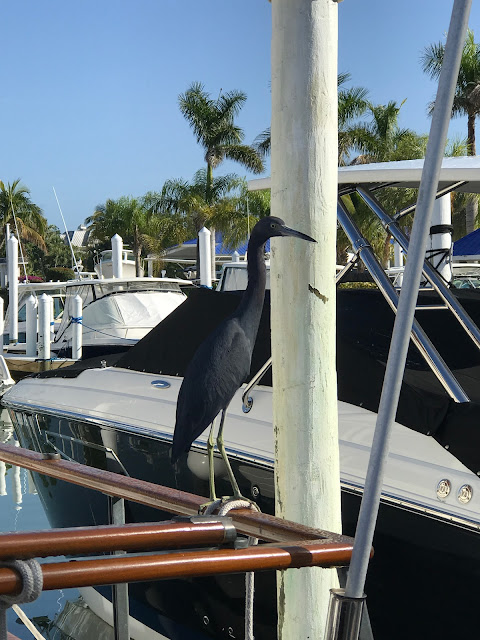 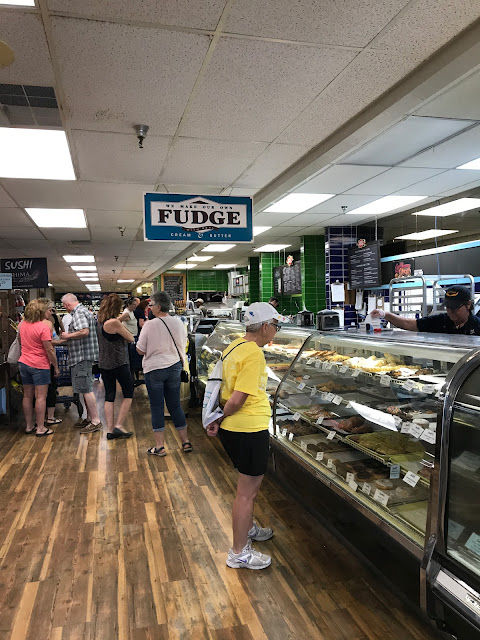 They have a nice bakery 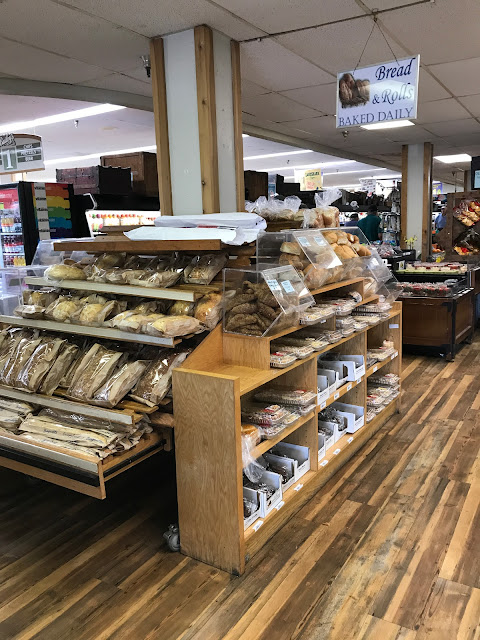 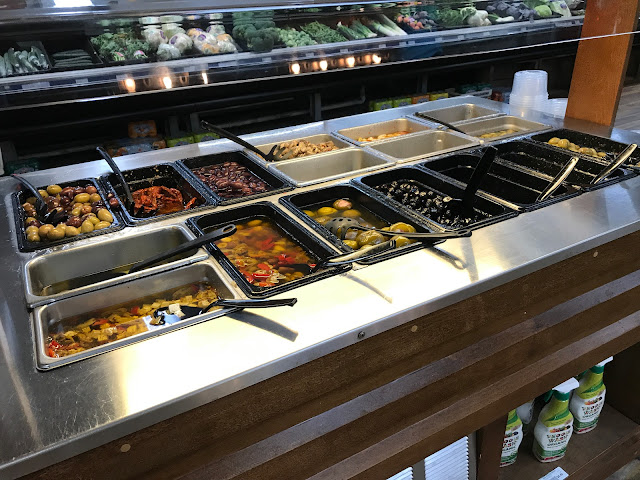 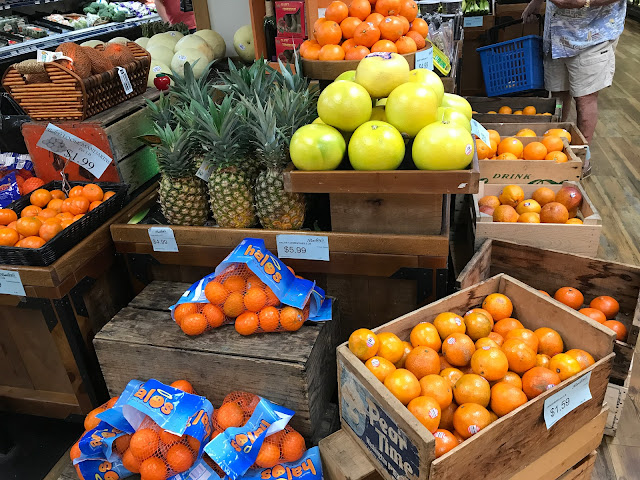 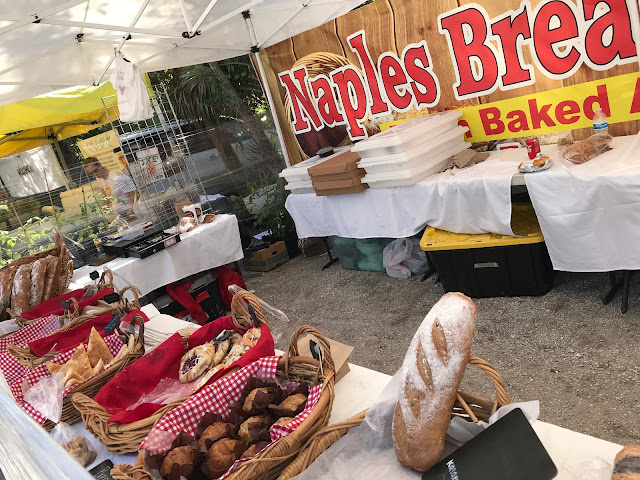 This is part of the Farmer's Market 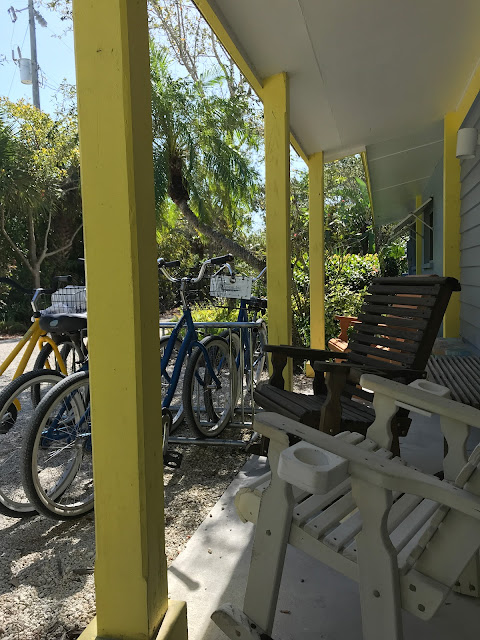 This is a sitting area beside the bookstore, Gene's
They will be getting some copies of Francine River's latest book, The Master Piece
I can't wait to read it! 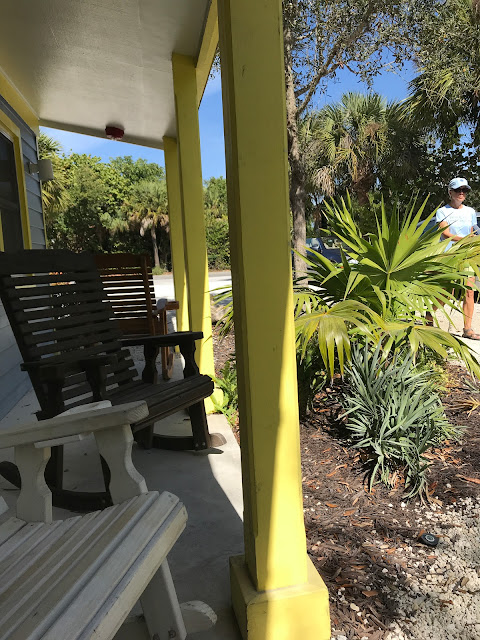 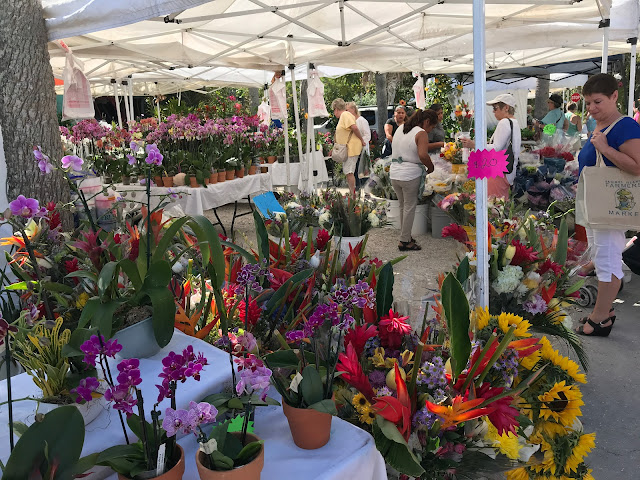 Flowers for sale at the Farmer's Market 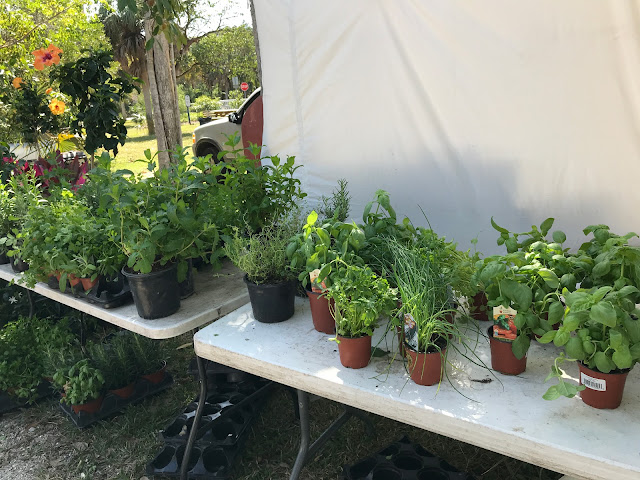 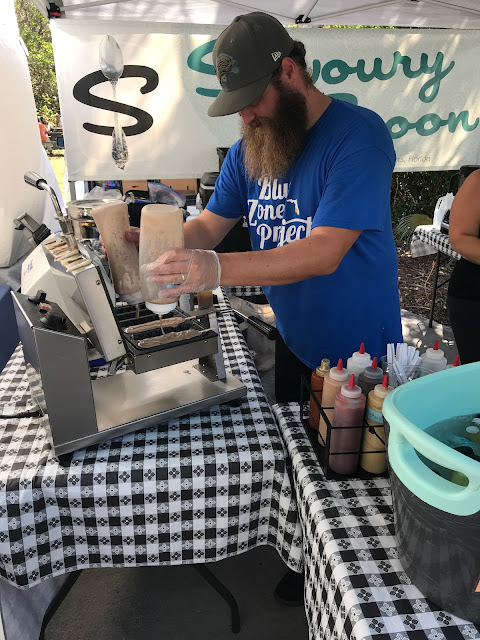 We had a waffle on a stick at the market and here is waffle maker they were made in. 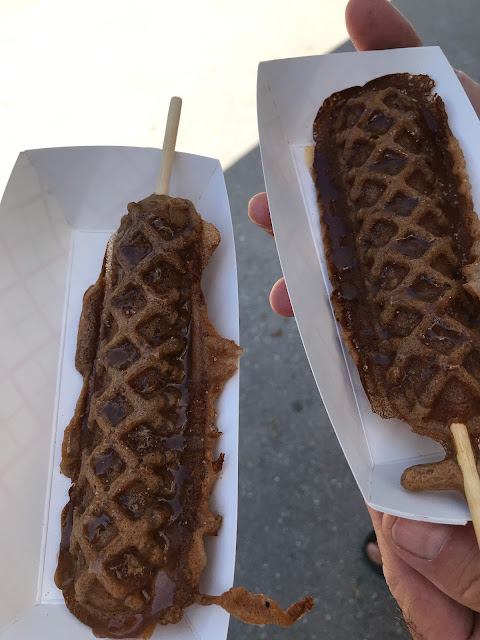 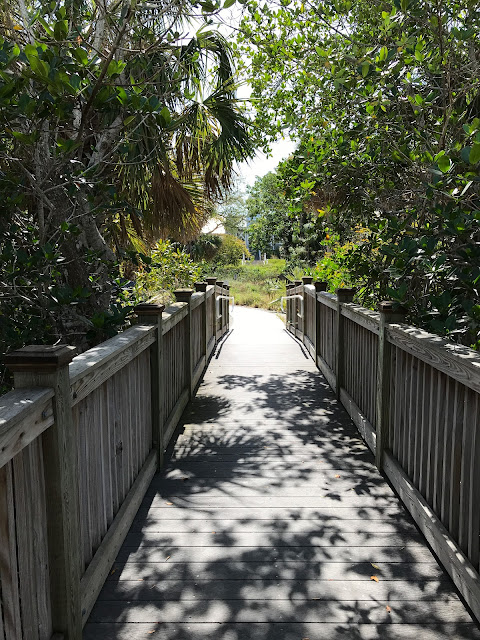 An interesting walk out to a gazebo on the water 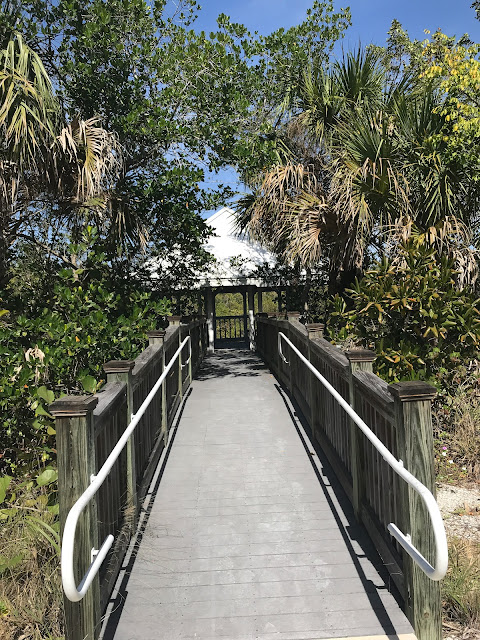 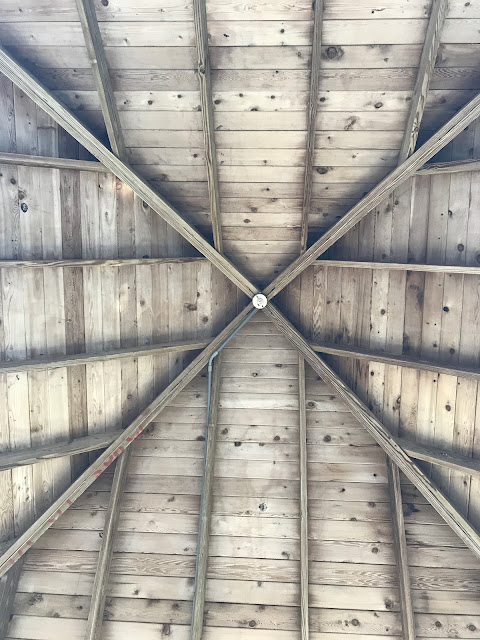 The ceiling in the gazebo 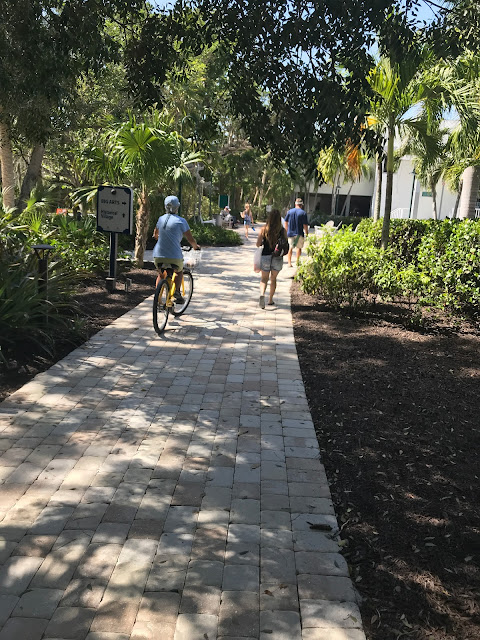 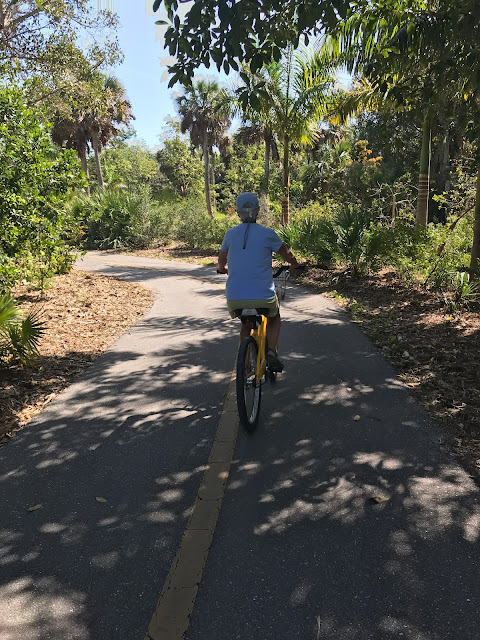 This is a great bike path with lots of shade 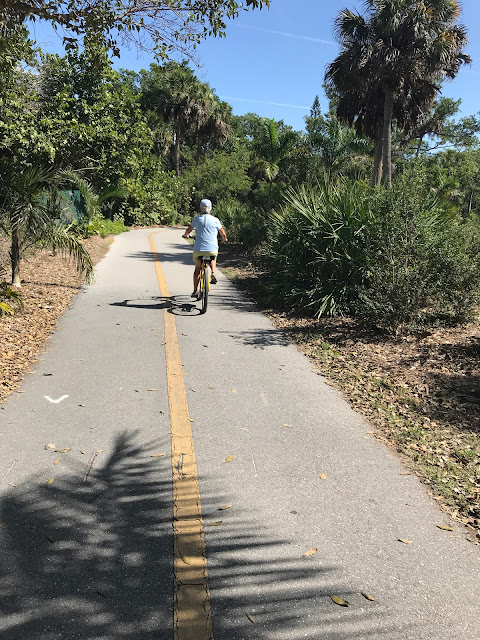 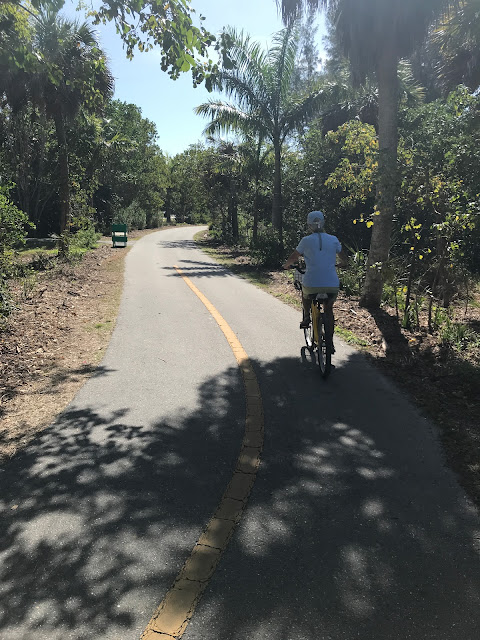 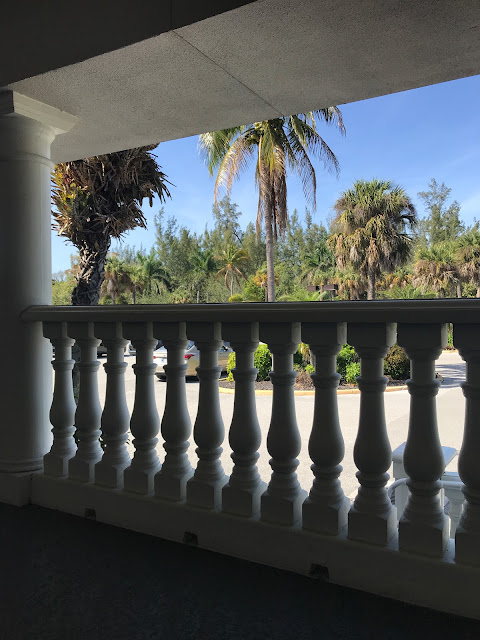 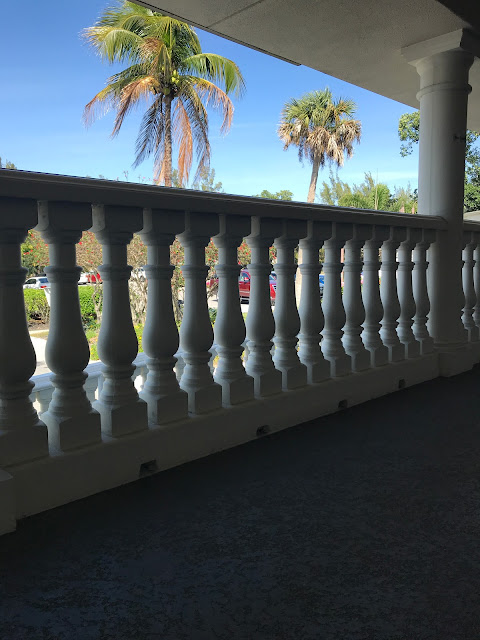 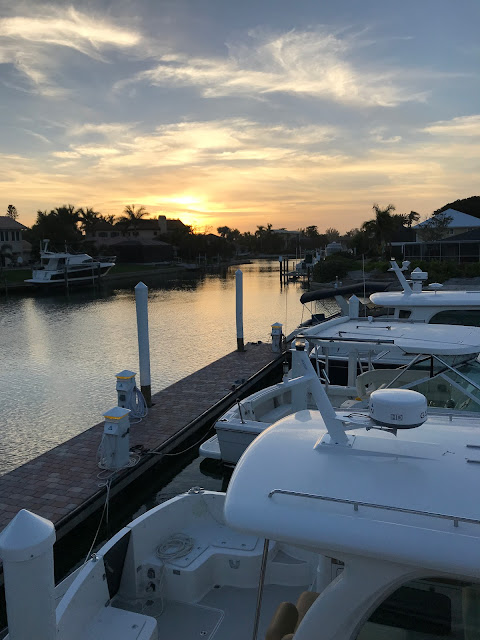 Another day on the Loop ends
Posted by George Sanders at 6:08 PM