Clifton Marina had the best cheese burgers and onion rings for miles.  We shared another meal with fellow Loopers as well as meeting some new ones too.  It rained off and on most of the night and was drizzling when we untied this morning.  Turning up river the current was noticeably stronger today and we could only make about 6 mph at our cruising rpm.  Normally, at this rpm in still water, we can do about 8.5 mph.  The closer we got to Pickwick Dam, the stronger the current got.  The water was now up into the woods along the banks and it was getting harder to hold the bow into the current.  Rounding the bend we could see that the flood gates on Pickwick were open and water was pouring downriver as they lowered the pool in anticipation of flooding up river.  By now, we could only make 4 mph upstream with 90% throttle.  The lock doors were open for us and we didn't have to wait.  Had they been closed then we would simply have to peel off and drift down river and find an eddy to hang out in till the lock was ready.  Once in the giant Pickwick lock, Viridian tied, for the last time on the Loop, to a floating bollard.  The waters inside the lock were calm and we floated up the 63 ft to the top and the gates swung open to reveal the calm waters of Pickwick Lake.  It was now just an 8 mile cruise through beautiful mountainous scenery to the Yellow Creek Inlet where Viridian officially began her Great Loop Adventure almost exactly one year ago.  We cruised across the center line of Yellow Creek and declared the Voyage for the crew of Viridian had officially ended and our traveling buddy's, Gypsy Spirit let loose several horn blasts and their two little dogs, Josephine and Caroline could be heard over the radio barking with excitement.  We hailed the dock mistress at Grand Harbor and got our slip assignment and were soon tied up and hooked up and the Viridian's engine was shut down for the last time on our wonderful voyage around America's Great Loop.

Our original plan was to stop short of Grand Harbor, at the Pickwick State Park Marina, to wash and clean up Viridian for her grand arrival on Wake Crossing Day.  Since the weather was not going to cooperate with that plan we decided to go on into Grand Harbor without the wash job and attach our new Gold Burgee on the bow of Viridian.

The dock mistress met us with three packages; our boat registration stickers for 2019, our new Gold Burgee and a welcome package.  We celebrated with Gypsy Spirit and the dock hands, made some pictures and notified family and friends of our arrival.  The sun was going down and folks began to disperse and we hopped in the loaner car to pick up some needed things in Savannah, TN.

It hasn't sunk in yet that we will soon be sleeping in our bed at our home and walking on firm ground, driving cars and going long distances in a short amount of time.  We have been living in less that 300 square feet for a year that moves with wind and waves.  It was never uncomfortable or claustrophobic.  Now we know we can easily adjust to living smaller.


Here are some stats of Viridian's performance over the trip:

That's the last of the news and here are the last views: 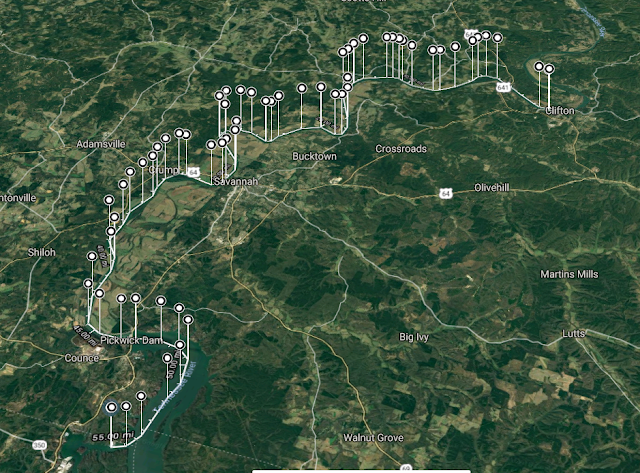 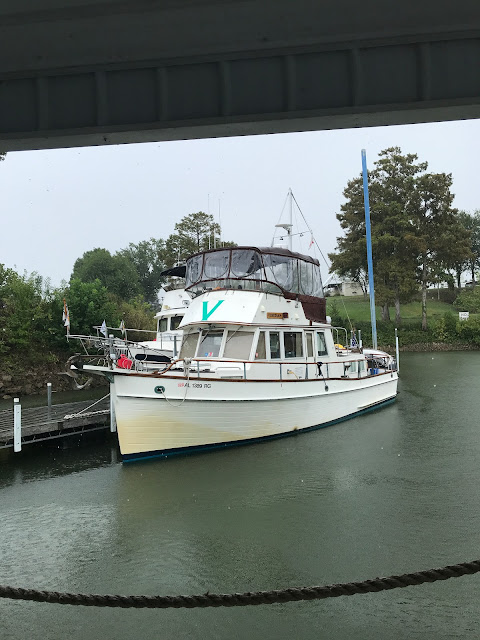 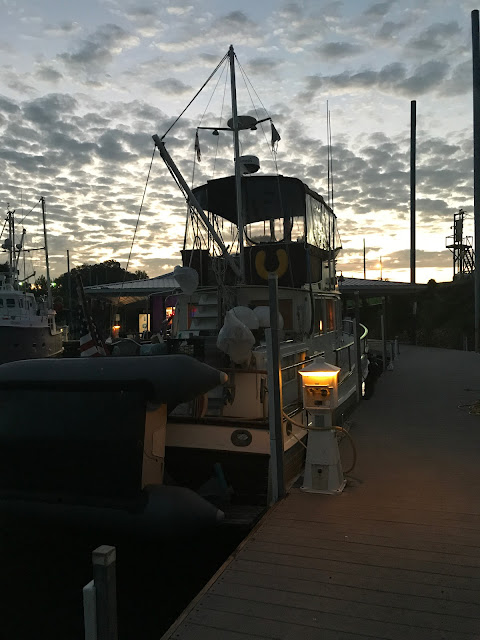 End of the Day at Clifton 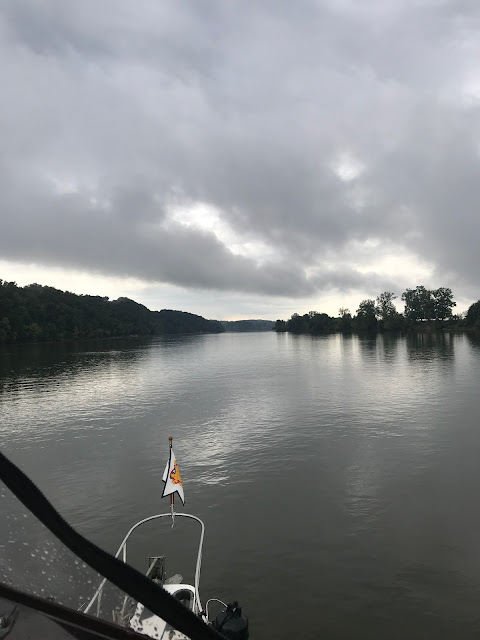 More Rain in the Morning 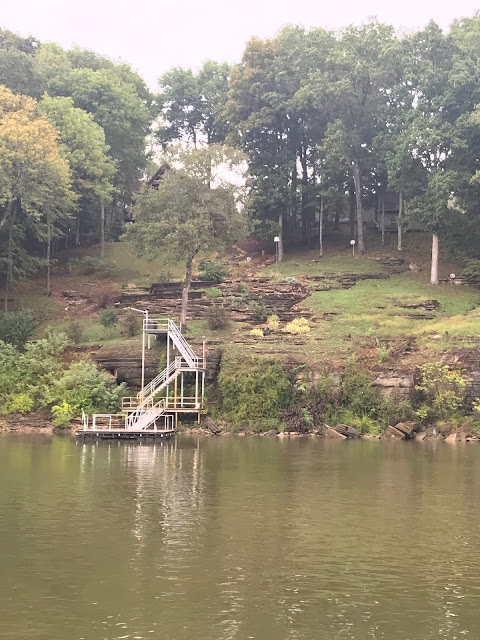 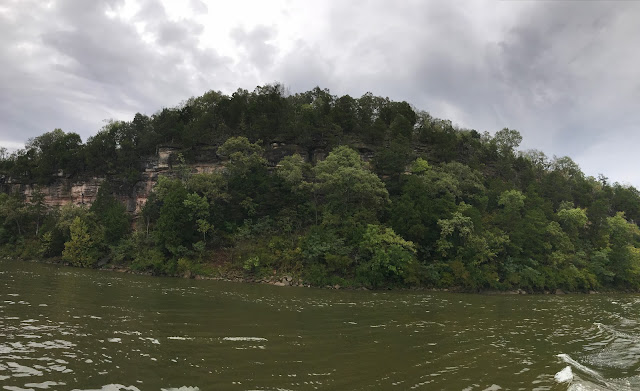 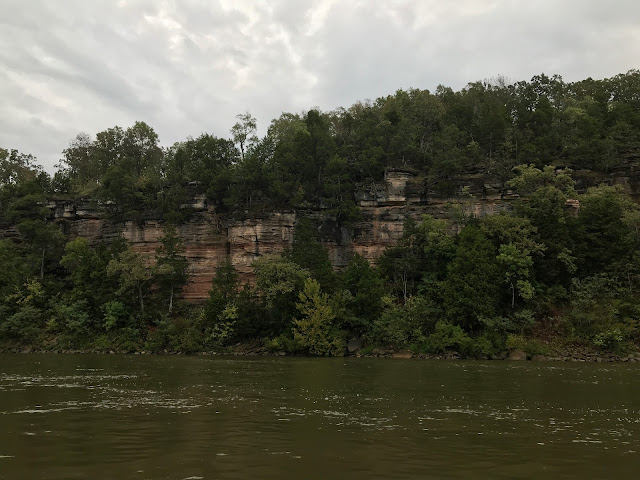 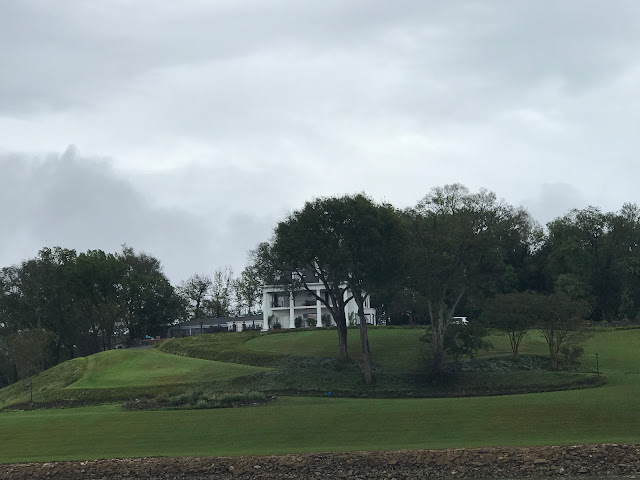 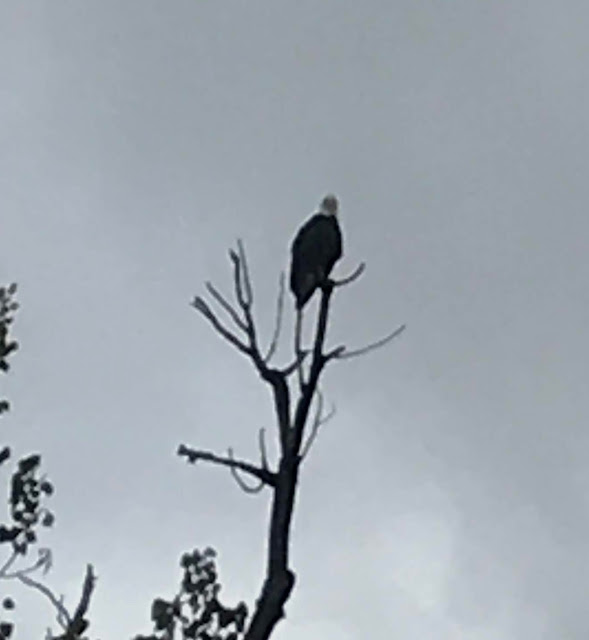 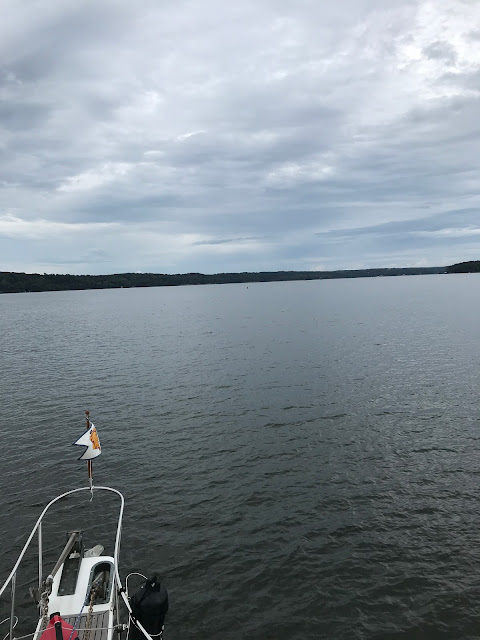 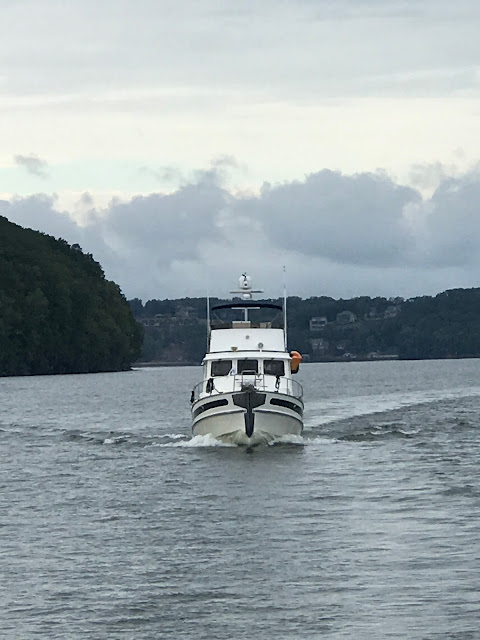 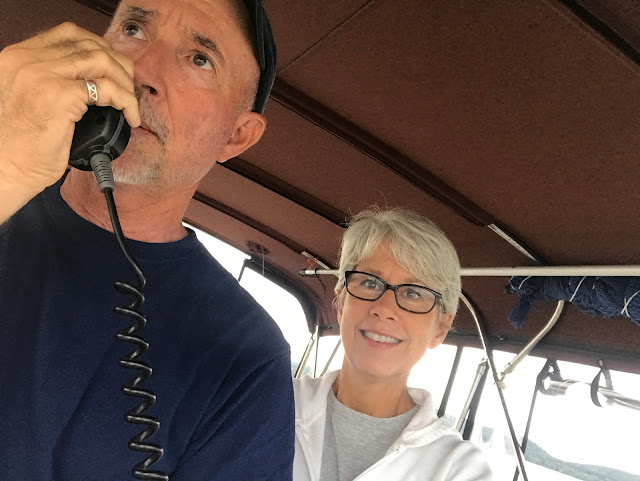 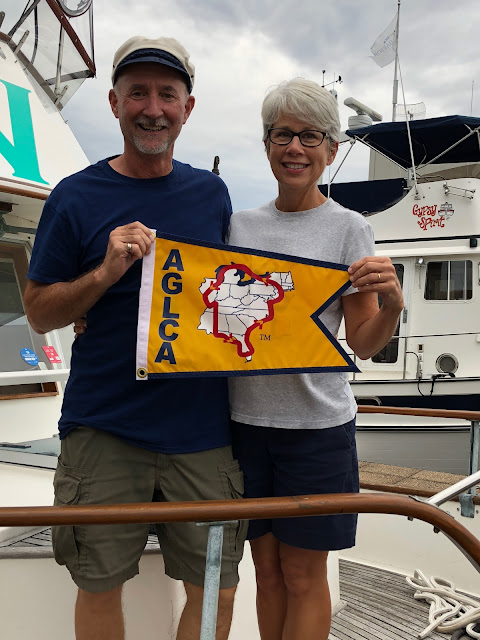 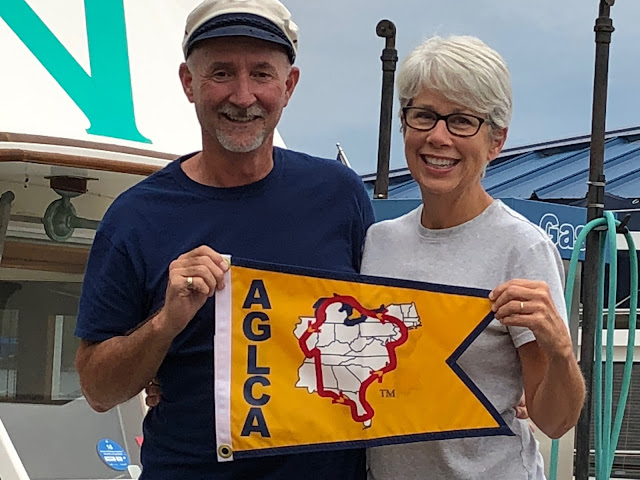 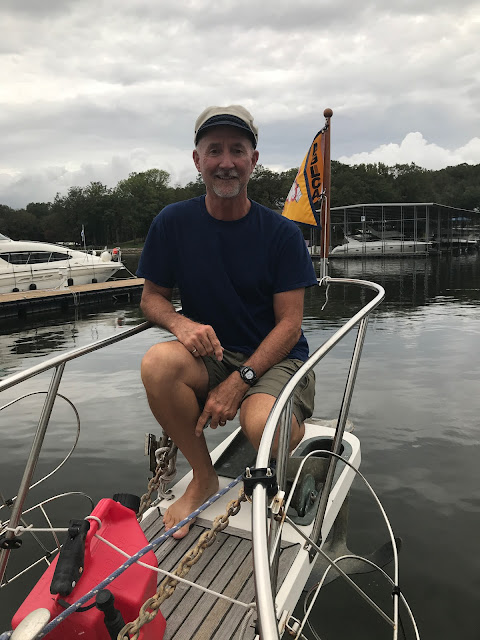 Saved the hat my son gave me just for this occasion 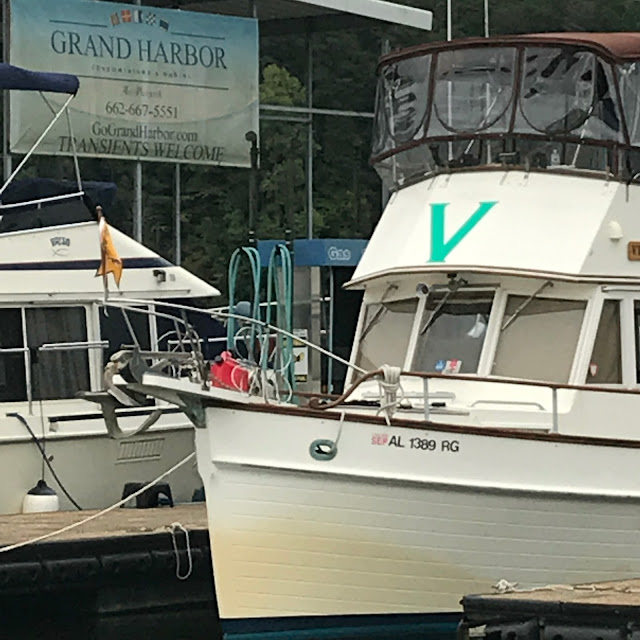 Viridian Goes Gold!
Posted by George Sanders at 7:00 AM