Log Jam, Gateway to the West and Hamburgers on the Wall

Six days at Alton Marina waiting for the flood warning to expire on the Mississippi was long enough.  We got up at 0500 to make a 0700 departure time so that we could go past Hoppies Barge docks to the Kaskaskia Lock and tie up on the wall.  I called the Melvin Price Lock Master at 0600 to check on  barge traffic before untieing our lines.  The Lock Master said that a northbound barge had just hit the lock gates and the primary lock was closed until they could assess the damage and get the Coast Guard in to make a report.  The barge was carrying some dangerous chemicals and they didn't know the extent of the damage to the barge so the primary lock was closed until later notice.  The secondary lock was filled with trees and they were attempting to clear it out to start letting traffic through it.   The upbound barges would need to break up to get in to the smaller auxiliary lock and take twice as long to get through.   Barge traffic was backing up both north and south of the lock and us pleasure vessels would have to wait until things got cleared up.  I called  the lock  master every hour on the hour until 1200 and he said we (5 boats) could start easing toward the auxiliary lock and they would get us down.  The catch was that we couldn't tie up to the walls but would have to float around in the middle of the lock with all the tree trunks and branches that they were not able to clear away.  It was up to us though.  Well, we all headed for the lock and picked our way through the debris and somehow managed to survive the locking with out any issues.  It was a huge MESS.

The next tandem lock was the Chain of Rocks Locks and they were just letting a huge tug out when we got there so we slid in and took the 4 ft drop down and this time we were tied to a bollard.  After exiting the lock, we were free to go without any more locks to deal with for the rest of the day.   We passed through St. Louis, MO and right past the Gateway to the West Arch.  The water was filled with logs, RR crossties and broken branches.  Huge 6x6 tugs (36 barges lashed up to one tug) were churning up river as we bobbed in the turbulent waters dodging all kinds of junk in the water.  Once past St. Louis, the junk thinned out and we sailed right on past Hoppies and cruised on down to Kaskaskia Lock and tied up on the approach wall behind the Looper boat Meridian.  After cooking hamburgers on the grill we walked over to Gypsy Spirit and sat down with the crew and had a wonderful meal and recap of the day's cruise.

Tomorrow will be over 100 miles to the confluence of the Mississippi and the Ohio Rivers to anchor at a place called Boston Bar before taking on the up-river slog toward Paducah, KY. 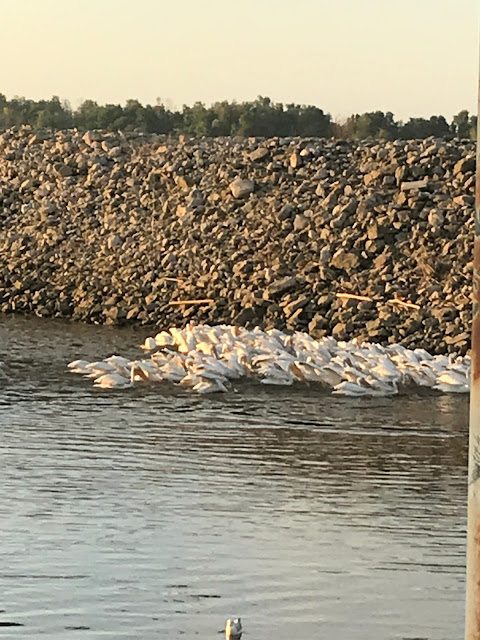 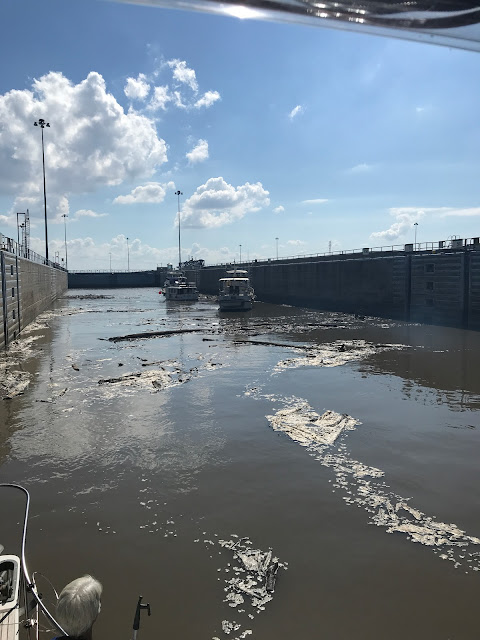 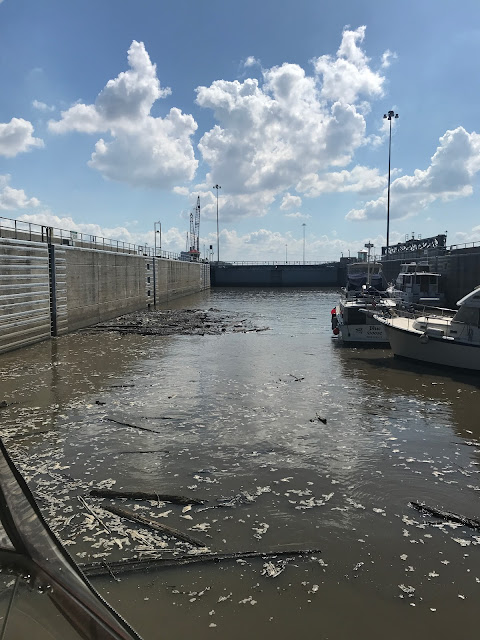 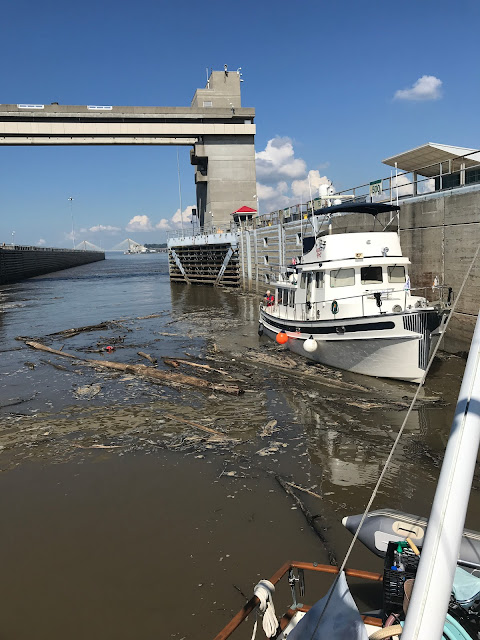 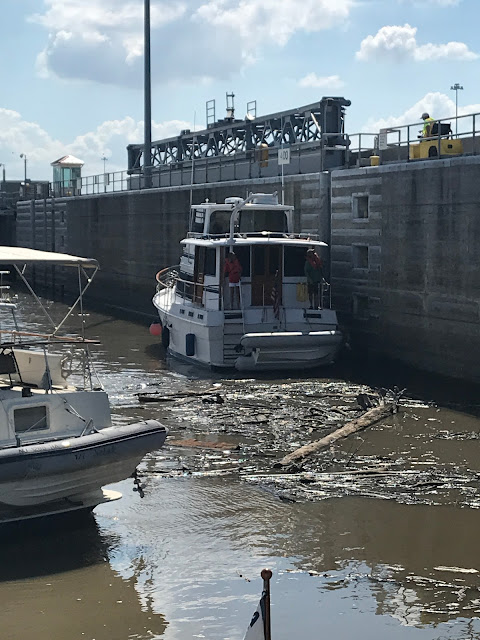 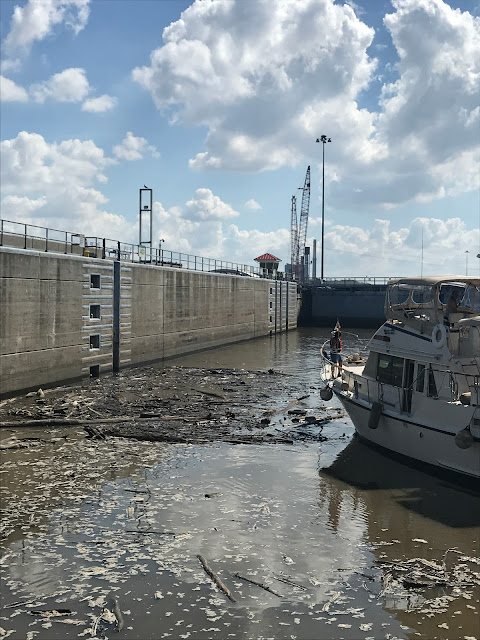 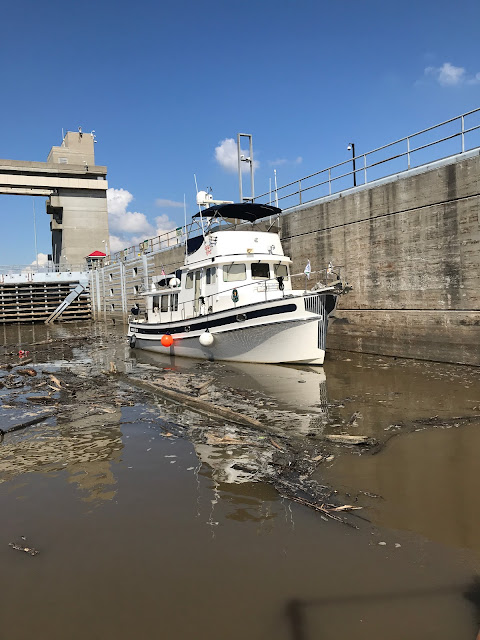 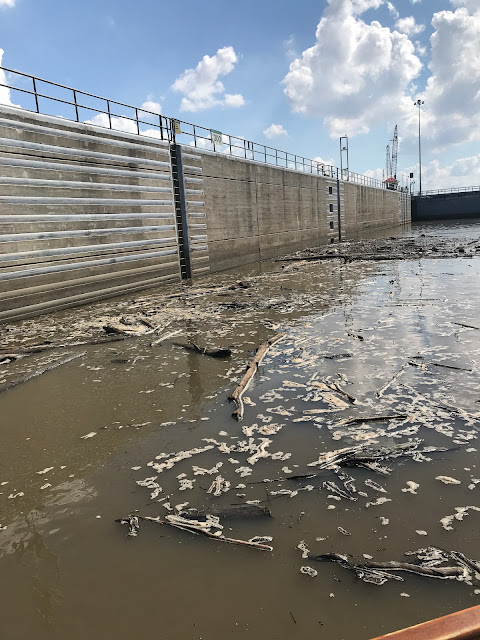 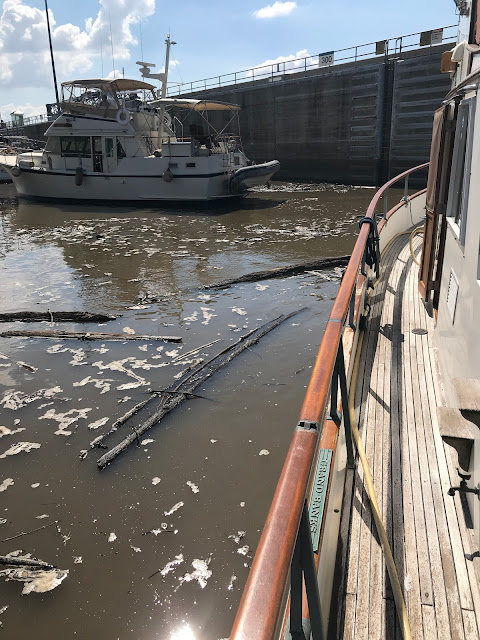 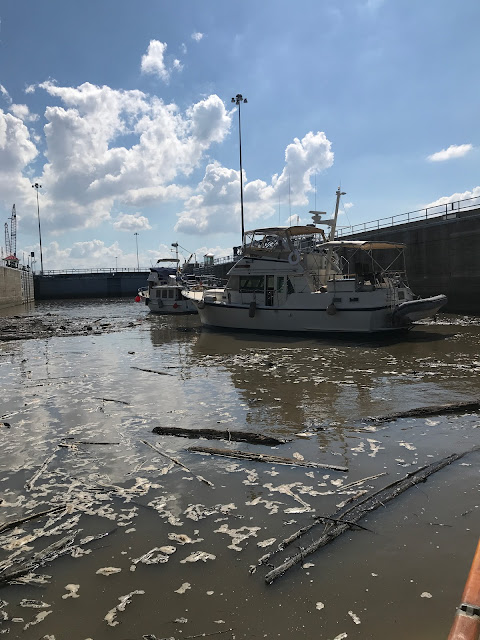 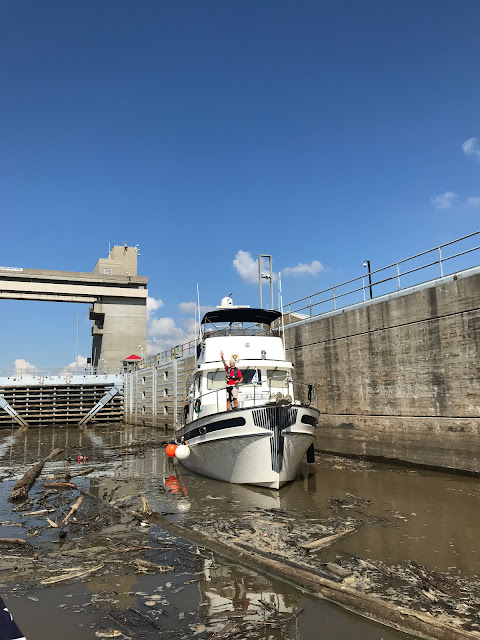 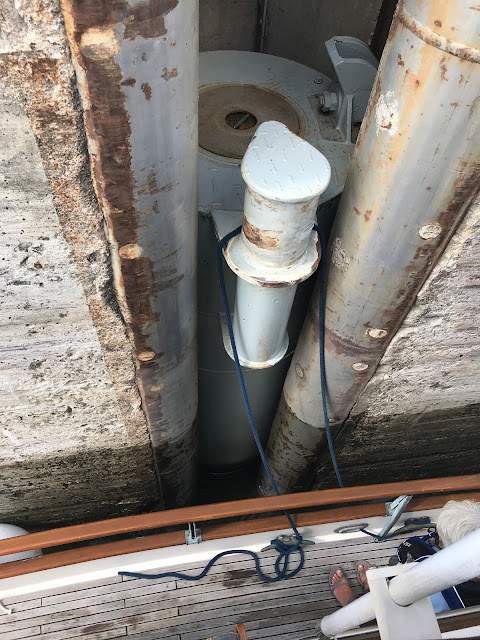 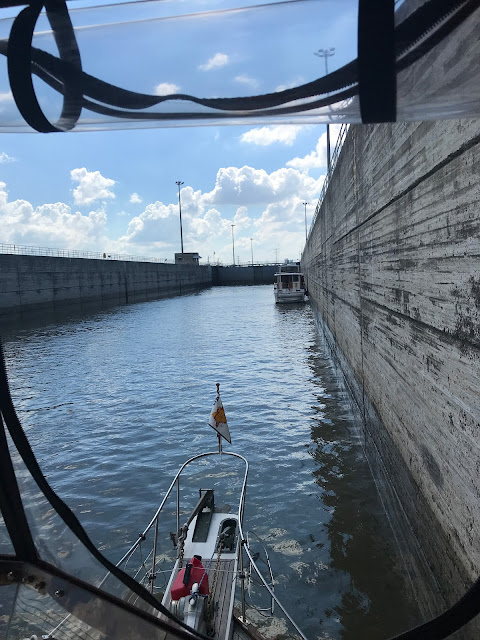 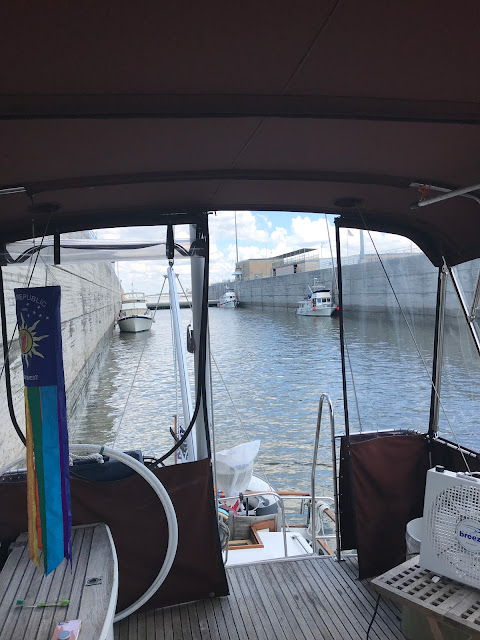 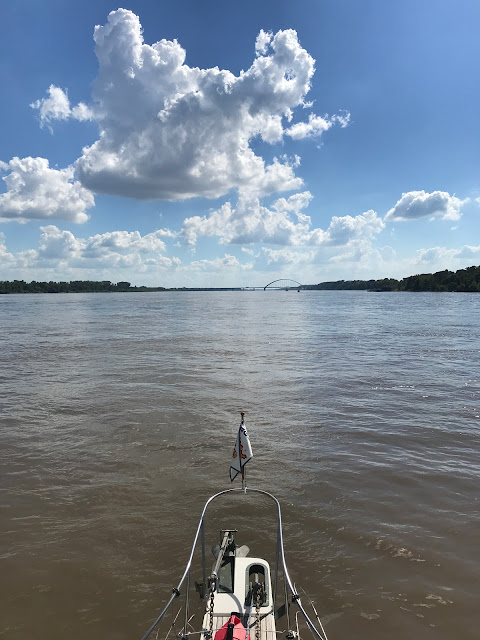 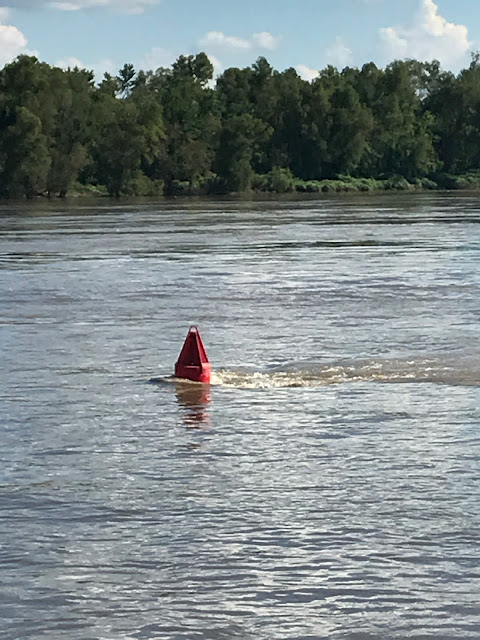 Heavy Current Helps our Speed on the Mississippi 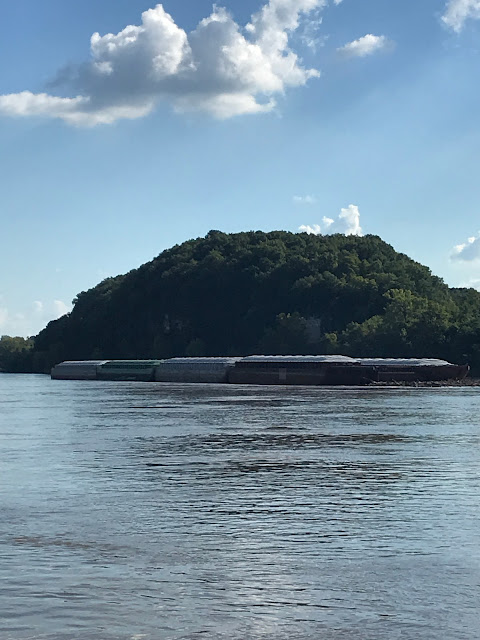 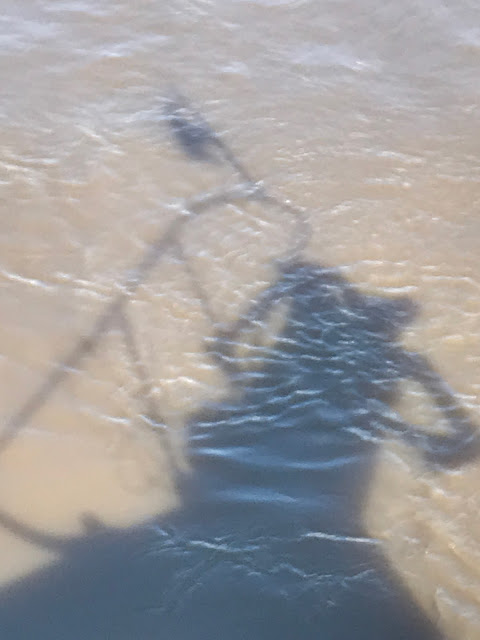 Long Day on the Muddy Waters of the Mississippi 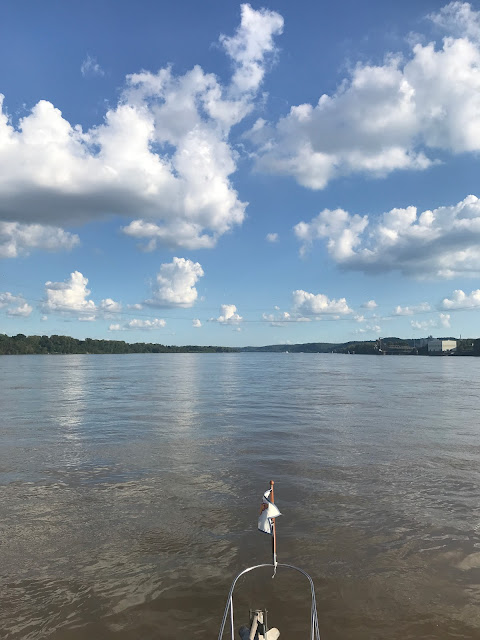 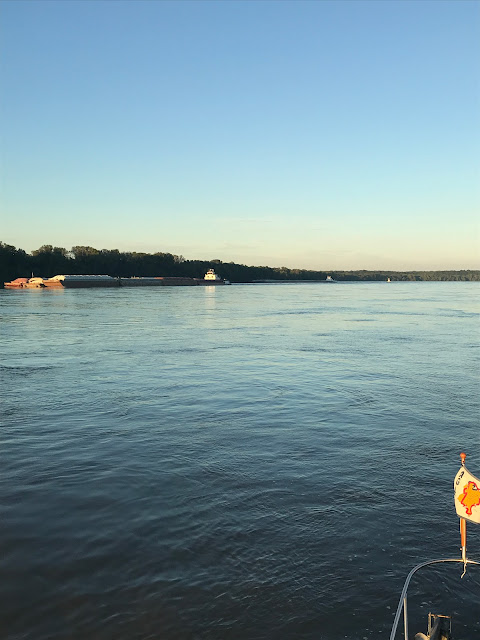 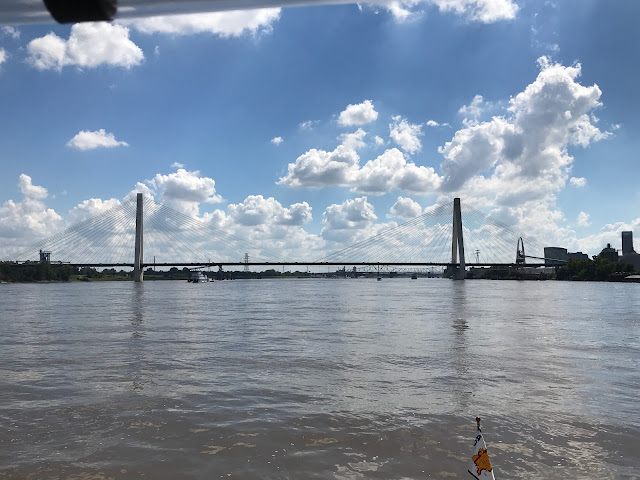 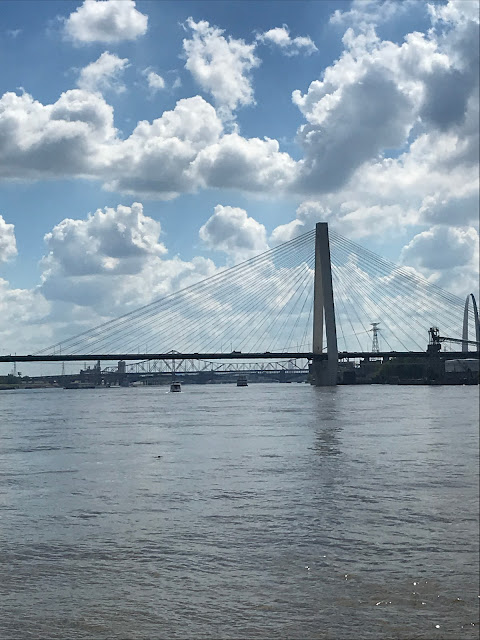 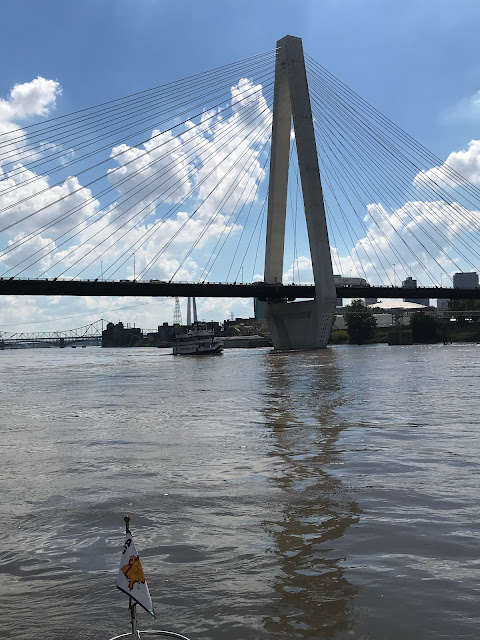 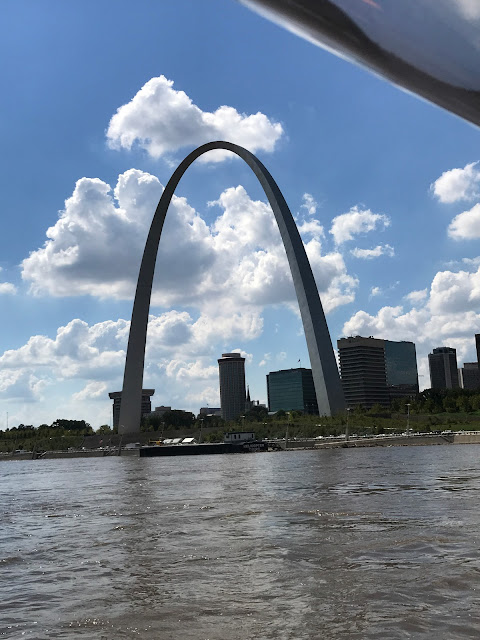 Gateway to the West Arch in St. Louis, MO 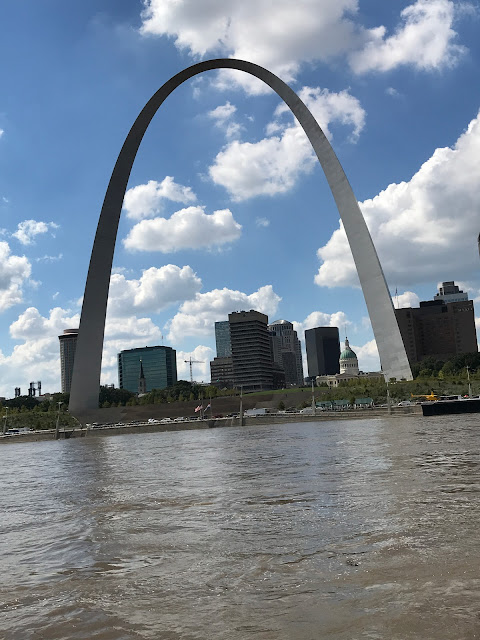 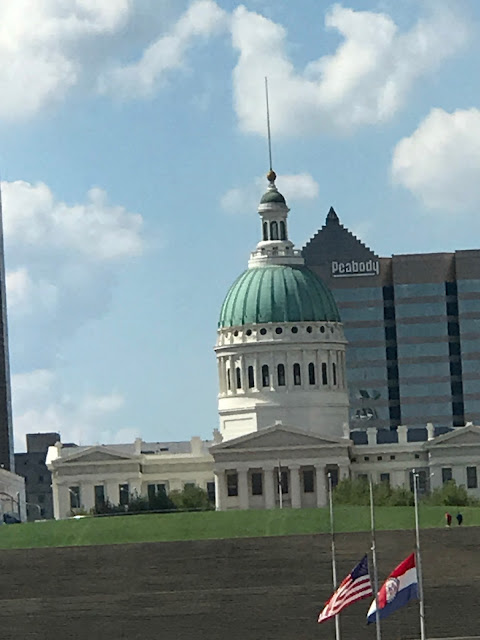 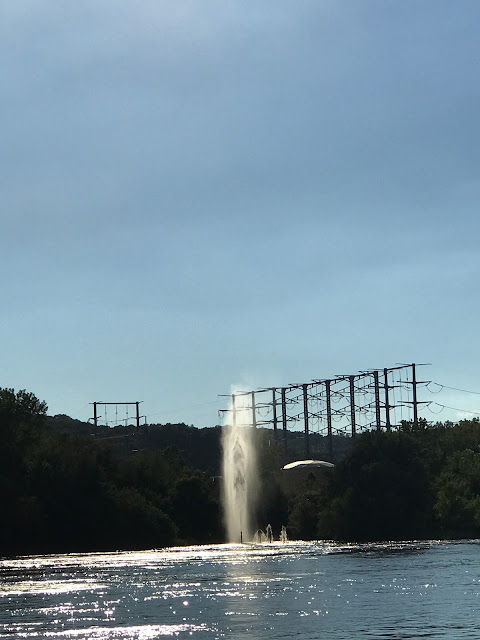 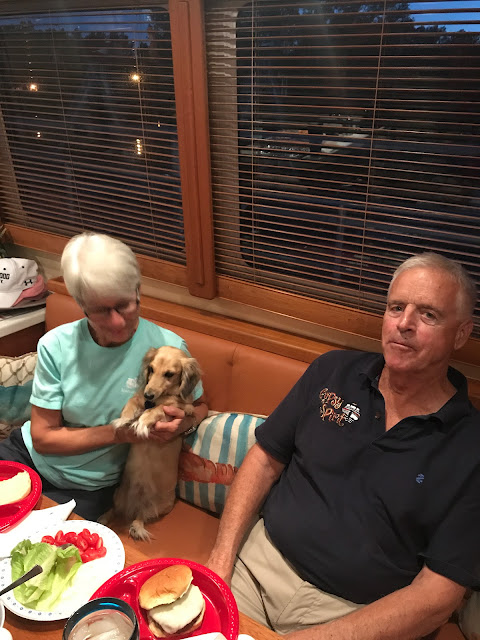 Chillin on board Gypsy Spirit
Posted by Unknown at 8:36 PM