A thick fog fell as the sun rose this morning and kept us tied to the lock wall until 0900. Our plans for a 114 mile run to the Ohio River were crushed and we had to fall back on plan B. Plan B would take us to Little Diversion canal, about 70 miles south where we would drop a hook and spend the night off the river.

The fog finally lifted and Viridian and Gypsy Spirit inserted ourselves back into the swift, muddy waters of the Mississippi River and were soon scooting along at a clip of 13.5 mph. We met one of the huge Mississippi tugs (three engines) pushing a 6X5 stack of barges and powering against the current she left behind 16, 6 foot standing waves about 3 seconds apart. We did not get into these waves but were hit by the bow waves which were just about as bad. Ahead in the distance we saw another Mississippi tug that was going our way. It had a 6 across and 5 deep stack of barges and was churning along at 13 mph with the current. A few hours later we caught her and were not able to get around her simply because we didn't have enough power. I called the captain and told him we would just fall back and follow him until we turned into our anchorage at Little Diversion. He was going all the way to New Orleans and said he would escort us as far as we were going. Since he was going down river, the up bound tugs had to pull over to the bank and allow this larger down bound tug to pass. We were still able to cruise at about 12 mph but at a much lower rpm. With the tug about a mile ahead of us we had smooth sailing all the way down to our destination, thanks to the giant escort clearing the way.

Four Looper boats ended up anchoring in Little Diversion tonight and what a nice, calm anchorage it was. A great place just off the Mississippi river and about 100 miles from Paducah, KY. Tomorrow will be another long cruising day, half on the Mississippi (down river) and the other half on the Ohio River (up river). 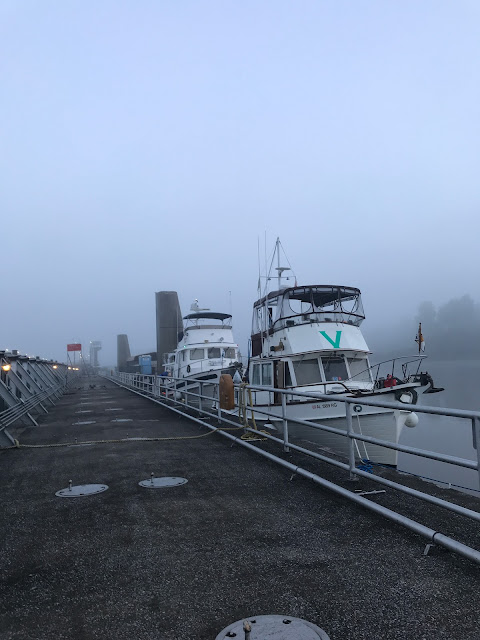 Viridian on the Kaskaskia Lock Wall 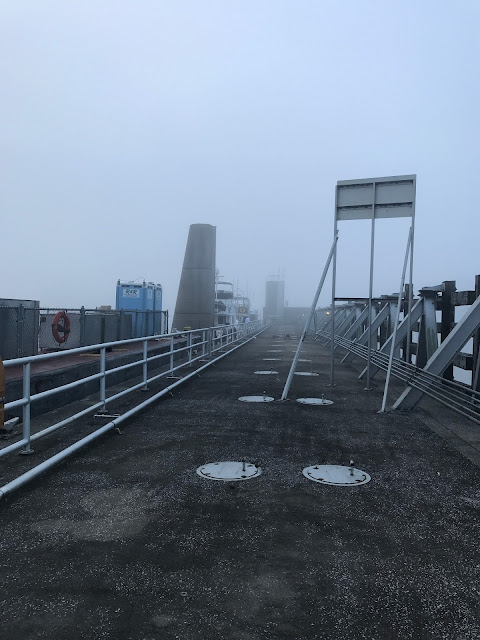 Fog keeps us tied up 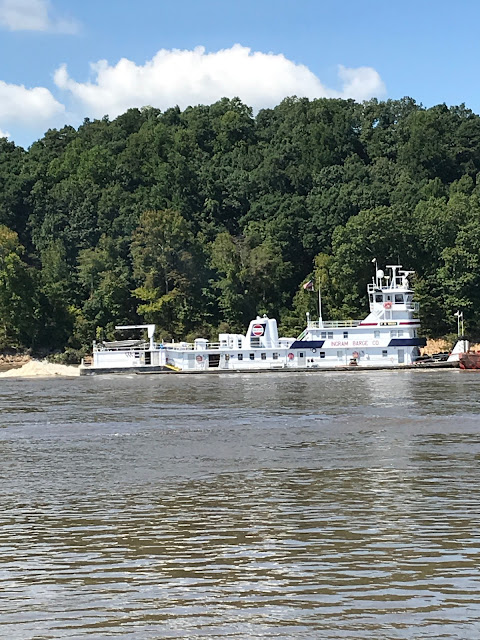 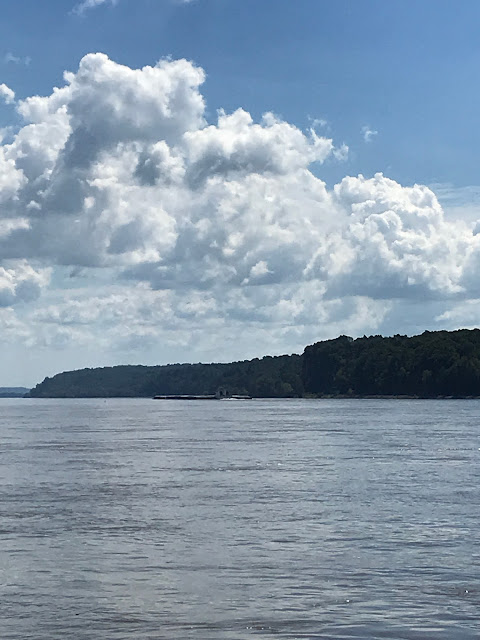 Our Escort the Alix Anne Eckstein (one mile away)
Posted by George Sanders at 9:26 PM