Departure from Logsdon's tug "marina" was a fresh, new challenge.  The current was ripping down the river.  We were parallel parked between Gypsy Spirit, in front, and tug in the rear.  We rigged the lines so that the first mate didn't have to be standing on the "dock" to untie and then jump back into the boat.  Once free, we had to translate sideways to get away but the current was keeping us against the barge.  More Power!  Applying some tricks learned along the way, we were able to get the nose of Viridian into the current.  Once that happened we started turning to port very quickly and washing down stream.  Some throttle kept us from going backward and we exited the makeshift dock and were finally free and clear as we made our turn south.

The sun was  showing its self for the first time in a while and blue skies are good for the mood.  We had a 2+ knot tail current and the wind was at our back.  Making about 10.5 mph, we charted an 88 mile course south to Grafton, IL.  It was a long day but the scenery was wonderful.  Lots of remote areas with industry dotted in along the way.  Tows were thick but the river is wide and we met and passed some of the same tows we passed the day before (they don't sleep).

Grafton was a welcomed sight with "normal" docks and staff.  A meal with friends at the local grill was a good way to end our last day on the Illinois River.  Tomorrow we will be in the Mississippi River for a little while as we make our way to Alton, IL. 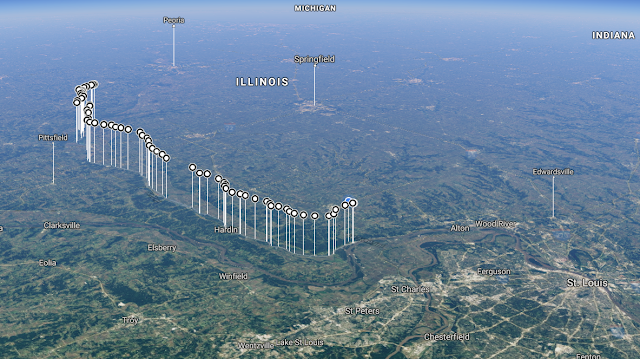 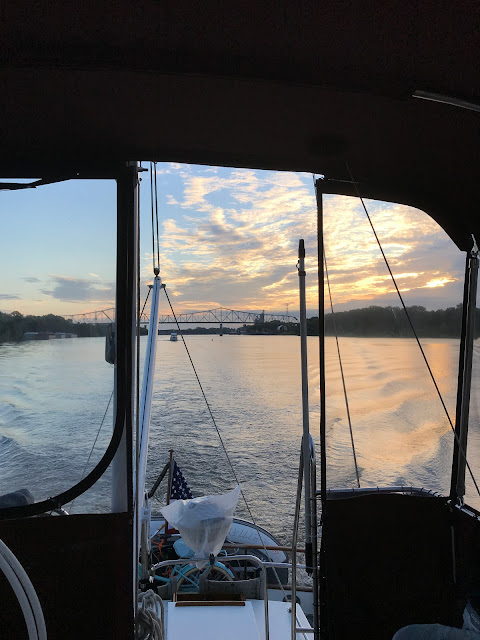 A welcomed sunrise with Beardstown in the rearview mirror 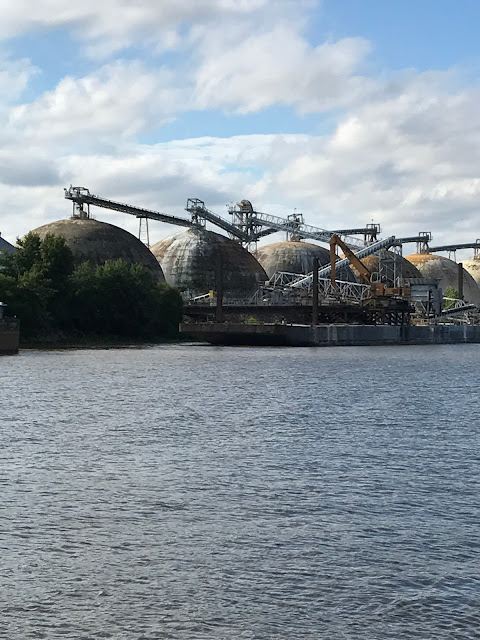 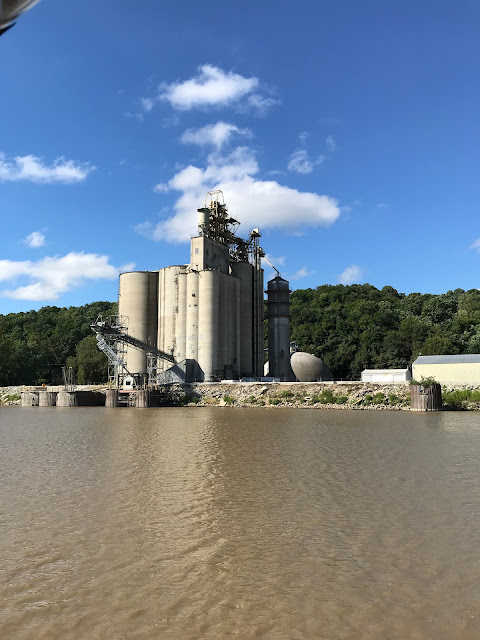 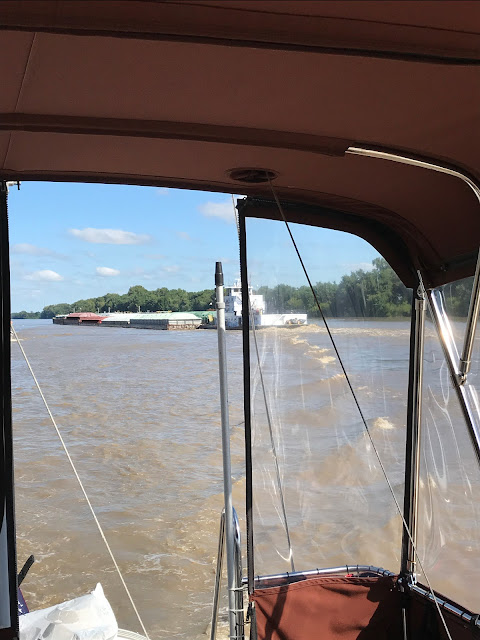 Meeting tows coming and going in the muddy waters 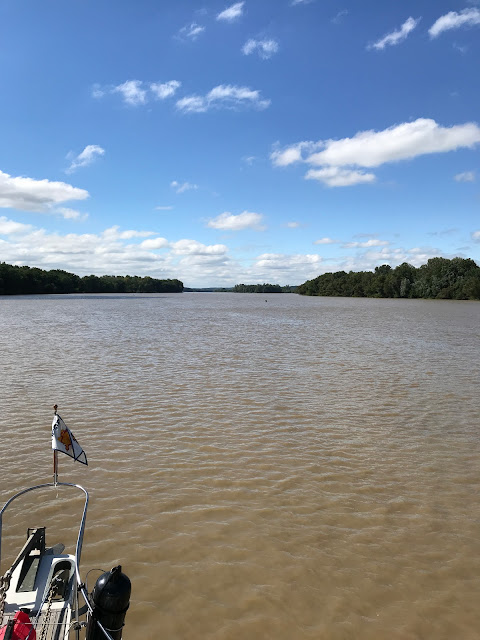 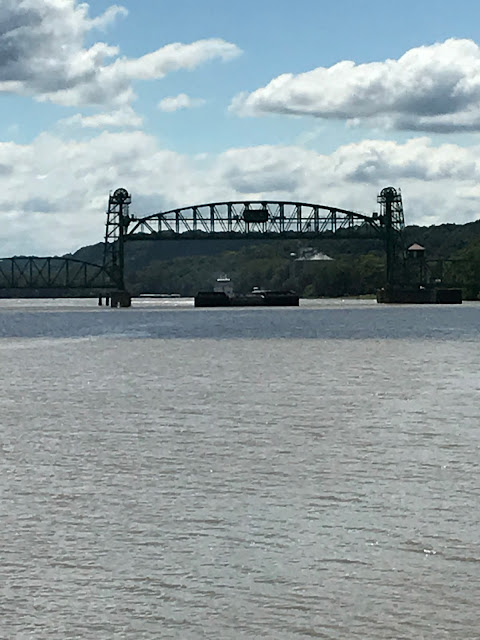 Waiting for tow to clear bridge before going under 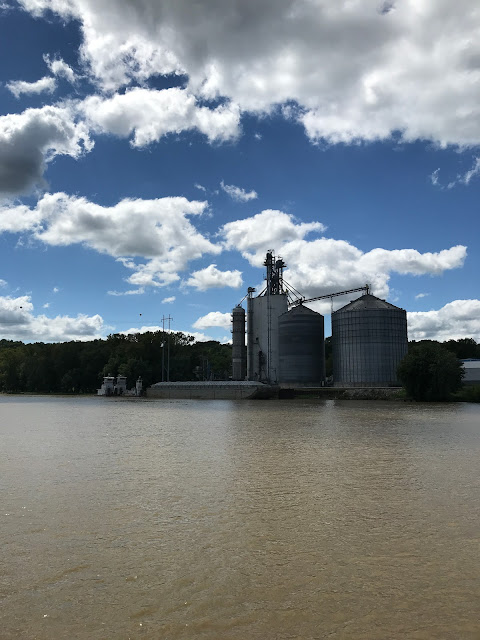 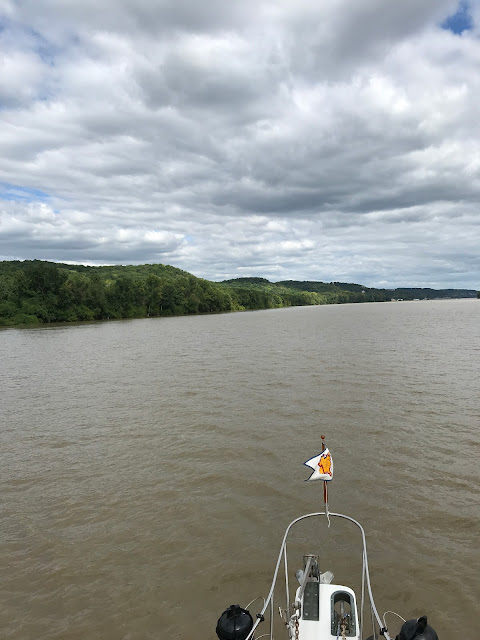 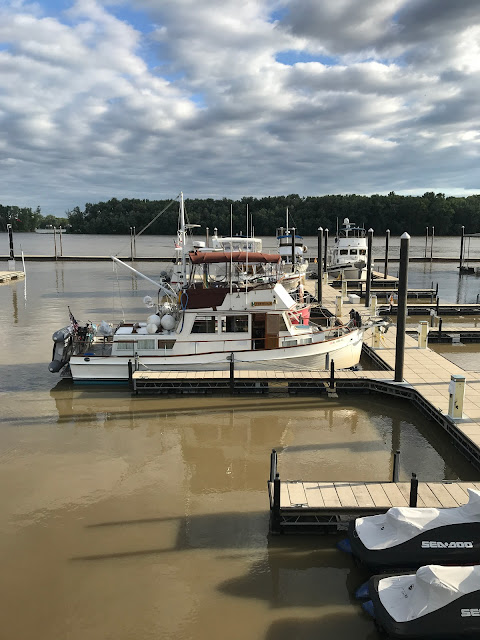 Literally hanging out in Grafton Harbor, IL
Posted by George Sanders at 8:13 AM