28 September 2016 - One of the most scenic legs of our trip was the last one from Joe Wheeler to Ditto Landing in Huntsville, AL.  We had a gorgeous blue sky day with a nip of Fall in the air as we passed familiar landmarks that felt like home.  Decatur AL has the busy RR lift bridge that may require a wait depending on the traffic.  After passing under the I-65 Interstate the river from there to the 231 Hwy Bridge looks like it must have 200 years ago.  There is very little sign of civilization except for the occasional dirt boat ramp or a clearing along the bank.  Redstone Arsenal takes up the last 10 miles of the North bank and Morgan County backwoods on the southern bank. Viridian snaked through the last big S curves on the Tennessee before getting to the US 231 bridge where our home port of Ditto Landing sits on the Madison County side of the River.  We hailed the harbor master on CH-16 and were given docking instructions as we approached the inlet for the harbor. Viridian nosed her way in and around the harbor until we came to rest in a transient slip between the Nina and the Santa  Maria replica ships.  These two ships were touring our area in celebration of Columbus Day and were staying at Ditto for a week and allowing people to come on board and see what life was like in 1492 on the highest technology sailing vessel of that day.  It's not every day that the Captain of the Nina walks over to you and says "Nice Boat"! 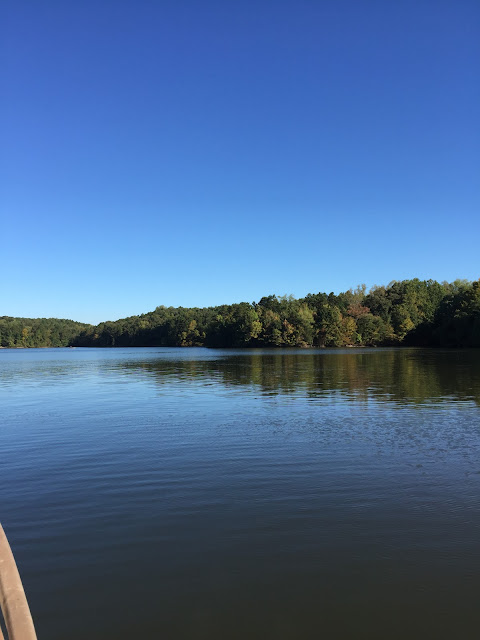 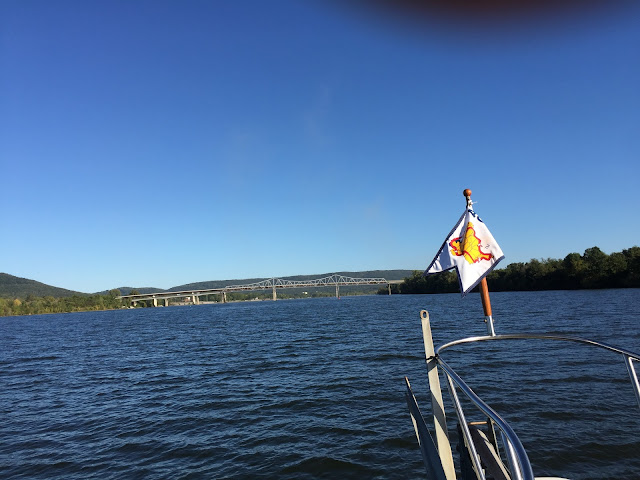 A familiar landmark - US 231 bridge and Ditto Landing 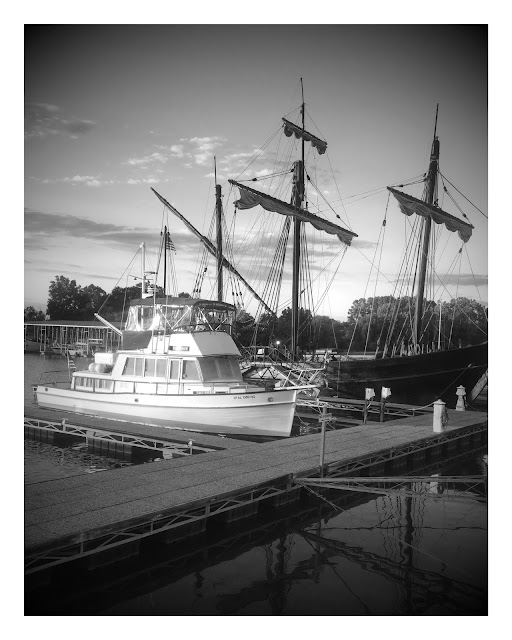 What a way to end our Maiden Voyage! 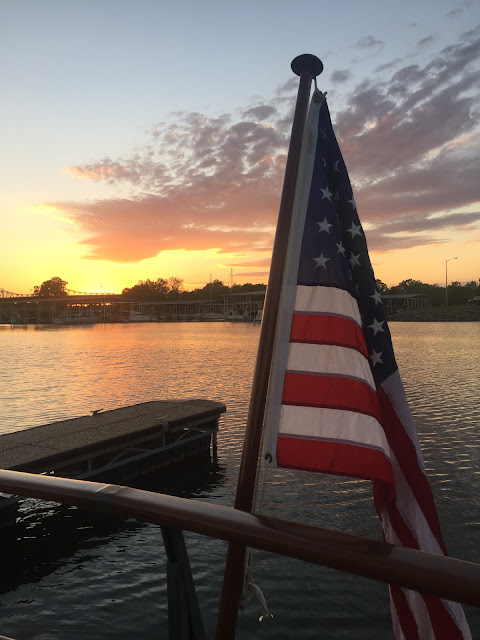 This will be our home for one year until we set sail on America's Great Loop in October 2017
Posted by Unknown at 7:00 AM