On 20 September we prepared for departure from Bobby's Fish Camp.  Viridian's engine was running before first light and all the navigation lights were burning.  This was going to be a 97-mile run all the way to Demopolis, AL.  The weather forecast was for clear skies all day, so all we had to do was slip away as soon as we could see enough to detect logs in the water and other vessels in our path.  I love early mornings on the water!

We had not encountered any tugs since Mobile so we were bound to see one soon.  There was one lock we needed to transit and it was located within sight of Demopolis Yacht Basin.  Alternate stopovers were planned in the event we could not make Demopolis by dark, but all looked favorable for an all-day run to the start of the Tenn-Tom Waterway.

The last line was untied, the crew was all aboard and Viridian bumped forward as the prop stirred the calm waters of the Tombigbee.  The firstmate had a waterway guide for the trip up the Tombigbee River and would read about the history of the area we were passing through along the way.  This was a nice way to enjoy the voyage and learn something about the area too.  Bald Eagles were starting to make themselves visible, and we began to learn how to spot one just by the way it flaps its wings in flight.  We saw, for the first time, homes built along the river.  Each one was on stilts or lifted above the flood plane and had grass growing down to the water.  It looked like we were back in civilization.

We steamed under the Nantahala Bridge at MM-164 and made our way to the Meridian & Bigbee Railroad Lift Bridge at MM-173.   The hours were short and rolled beneath the deep blue sky.  Lunch was taken underway and we took turns at the wheel.  Walks round the deck allowed us to use our legs, and bathroom breaks were taken in proportion to the amount of water consumed.  The river straightened out for us somewhat, and our progress North was more efficient.  The sun was getting low in the west when we got within haling distance from the Demopolis Lock & Dam at MM-213.  The Lockmaster there was a salty ole codger.  He had a tug in the lock heading downriver and told us to pull up on the right bank and STAY THERE AND DON'T MOVE TILL I TELL YOU!  So we did exactly what he told us to do and all was fine.  He walked out to the lock and was standing behind the railing as we slowly rose to the top.  His demeanor mellowed somewhat and he managed to allow a smile as he took stock of Viridian once she came up level.  The heavy lock doors opened and we could see our destination up ahead and we were another 59 feet higher.

We pulled up alongside the fuel dock and topped off the tanks with diesel, paid slip fees for two nights and fixed a small leak in the sight glass tube by tightening the hose clamp on the port tank.  We fired back up and idled out and around to the covered slips, where we barely made it under the 24 ft. high structure.  A nice lady helped tie us up and taught Meg a new knot for tying the vertical fenders to the side rail.  Time to unwind. 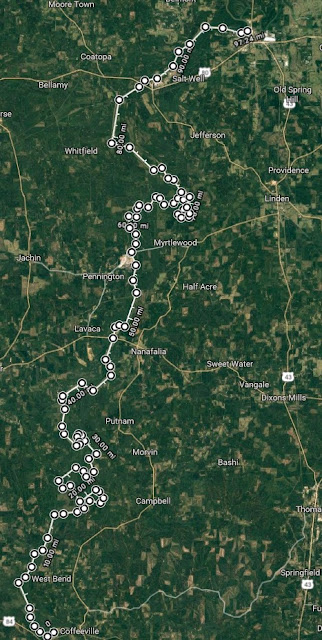 The route from Bobby's Fish Camp to Demopolis AL 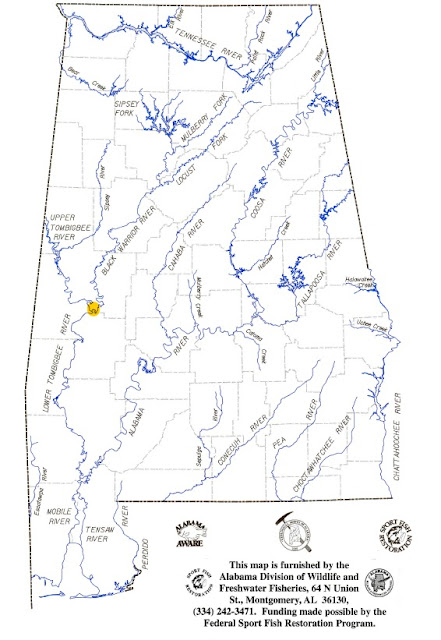 Progress North: We are at the Yellow Dot 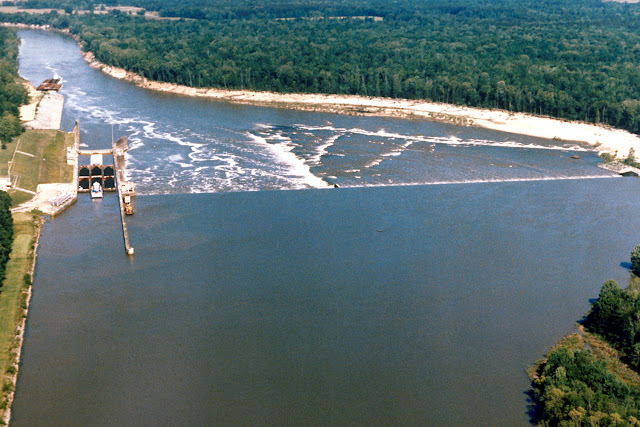 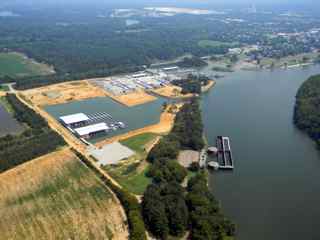 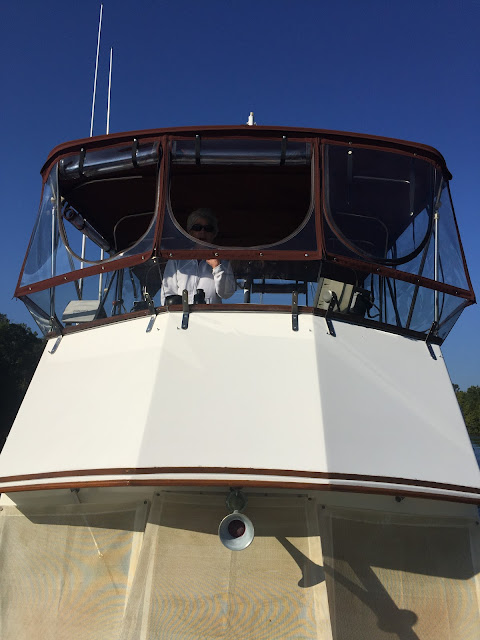 Viridian is in Good Hands! 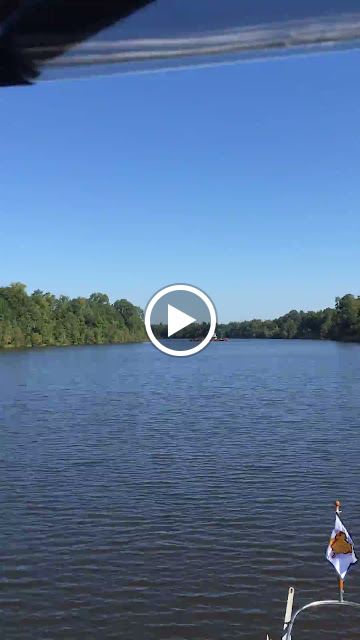 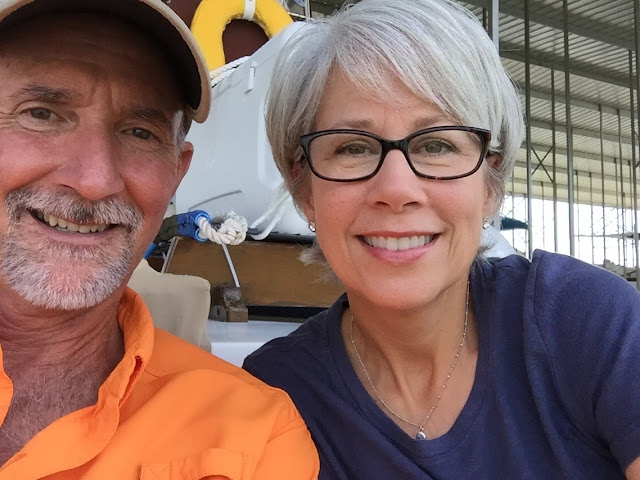 Safe and sound at Kingfisher Bay Marina in Demopolis AL
Posted by Unknown at 7:00 AM