Bail Out Plan and One More Anchorage Before Leaving Canada

At sunrise this morning we were perfectly still in our slip and the bay was as calm as it can get.  The forecast for today predicted winds picking up at mid morning and we would be taking it directly on the port beam, making the 4 hour cruise not too comfortable.  Since we had a great bail out hide away at the half way point we decided to set sail and see how things went.

At about 1030 we were getting tired of the rolling and wallowing due to the wave action so we set a course for our anchorage in the great little bay on the lee side of East Grant Island.  As soon as we approached the lee side of the island, the water calmed down considerably.  Once inside the bay we pulled up to the lee shore and dropped our hook in perfectly smooth, still water.  The anchor bit on the first attempt and we shut down the engine and fired up the grill.

The sun was shining and a cool breeze kept us comfortable in the flybridge.  We could hear the whitecapping waves crashing onto the rocks outside our bay that sounded like ocean waves along the beach.  Where we were was perfectly calm.

After taking a nap we took another look at the water outside the bay and it had calmed down just as the forecast said it would.  We plotted a course directly to our first marina in the USA and decided we could get there easily in 4 hours and have plenty of daylight left for getting settled.  Everything was made ready to sail so we checked the weather radar forecast  one more time and saw that there were some thunderstorms that had popped up and heading our way.  They were  moving fast and if they cleared by us by 1600, we would go to our marina in De Tour, MI.  Otherwise we would just stay on the hook and cruise in tomorrow.  This route would bypass our planned stop at Thessalon Marina.

The storms continued to build heading our way and a small craft advisory was issued for our area,  It looked like they would skirt past us to the north but they built up as they approached and we got centered.  It seemed like all the wind in the storm was blowing directly on us.  The prevailing winds were blocked by this island, like this morning, but this storm just climbed right into our anchorage and really tossed up the water we were sitting in.  A constant battering of 3 ft waves kept us on our toes while the storm beat on us as it passed by.  It lasted only about 30 minutes but we were watching the anchor an if it let go we were cranking up and moving to the center of the bay to wait it out.  Thankfully, the anchor heald and the homemade snubber earned its keep today.

It's 1845 now and the sun is out and the water is almost back to normal except for some rollers left over from the storm keep us rocking a little.  Tomorrow we will set sail for De Tour Marina in Michigan where we return to the US of A. 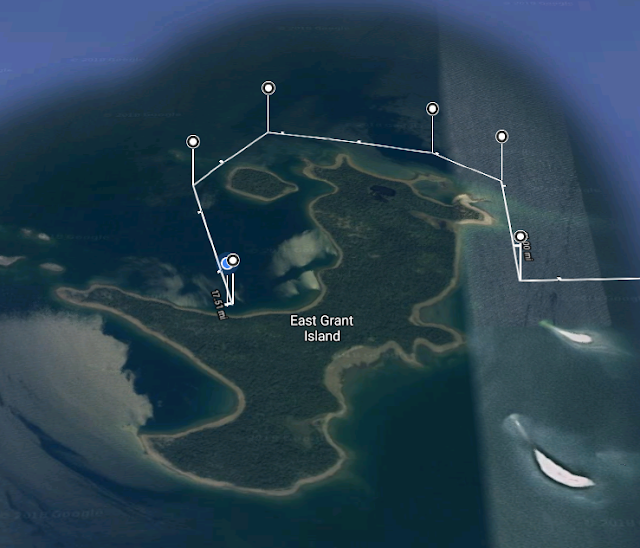 Prevailing Winds are normally from Southwest to Northeast which makes this such a good place to stay.  but the thunderstorm came right into our quiet anchorage and tossed us around a bit. 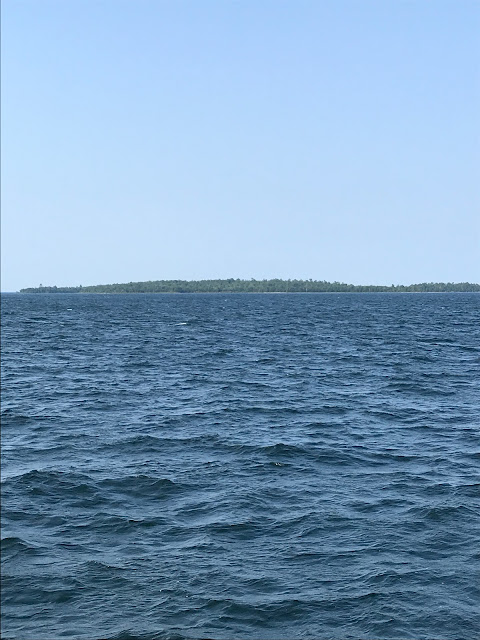 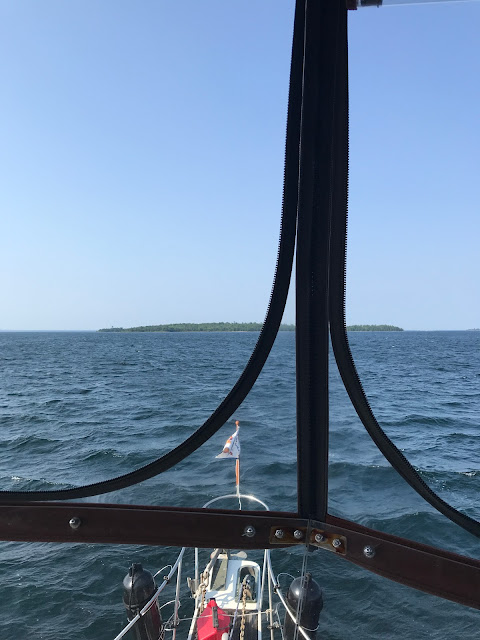 Into the wind and heading for cover 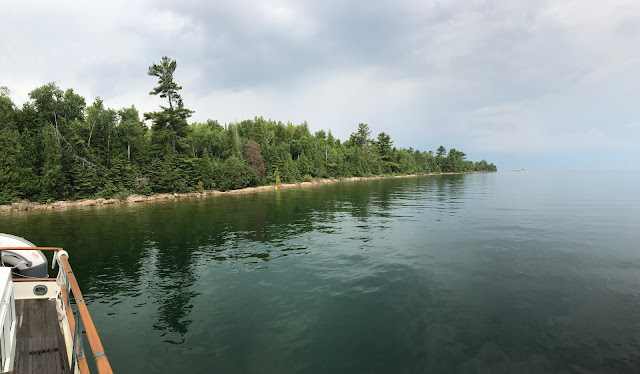 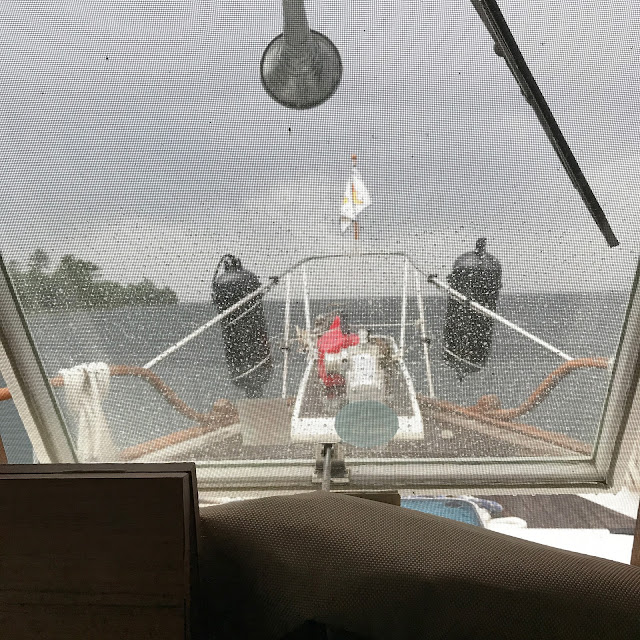 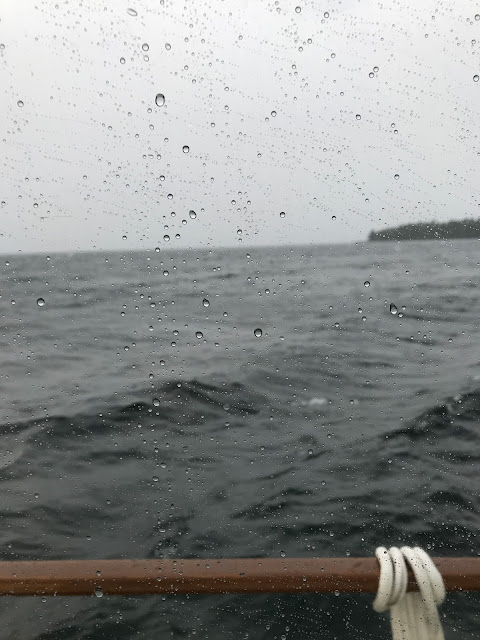 Just starting to whitecap
Posted by George Sanders at 6:04 PM