Last Day on the Great Lakes, Last Day in MIchigan

The weather, especially on Lake Michigan, is very hit and miss and there is no guarantee that we would even be anywhere near the airport to make meeting William work out.  But it all did and we slid into Chicago with William through a very small and rough weather window.  The wind had the lake whipped up so that no one was out cruising for several days.  Our window was not the best but it was doable.  We had clear skies with light winds and 70 deg air but the wave action was directly on the starboard beam.  We were going west and the waves were going south.  The 61 mile cruise was not comfortable but we managed to make it without getting seasick.

The cruise was pretty much a straight line across the southern tip of Lake Michigan from St. Joseph, MI to Chicago, IL.  We switched back to central time near Chicago and our clocks all moved back one hour.  We pulled into the HUGE DuSable Harbor in downtown Chicago and got a slip next to the wall by the marina facilities house. 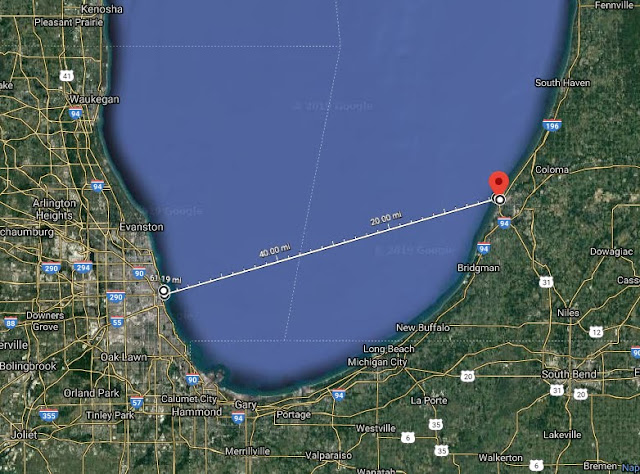 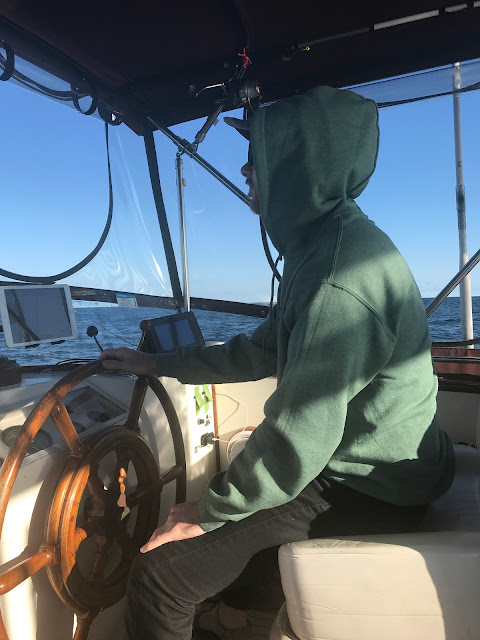 William's turn at the helm 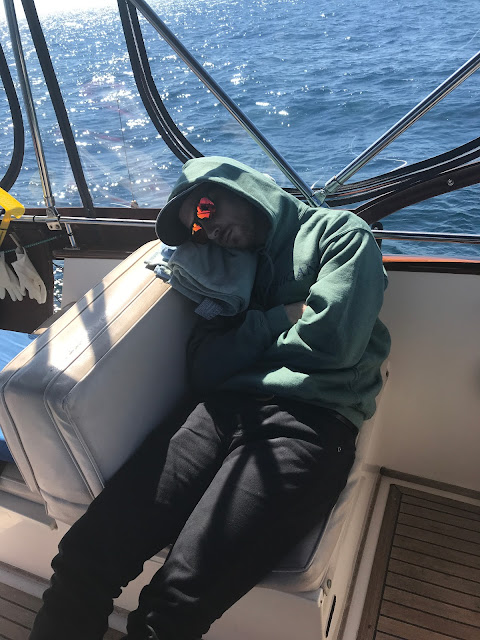 Side effects of dramamine 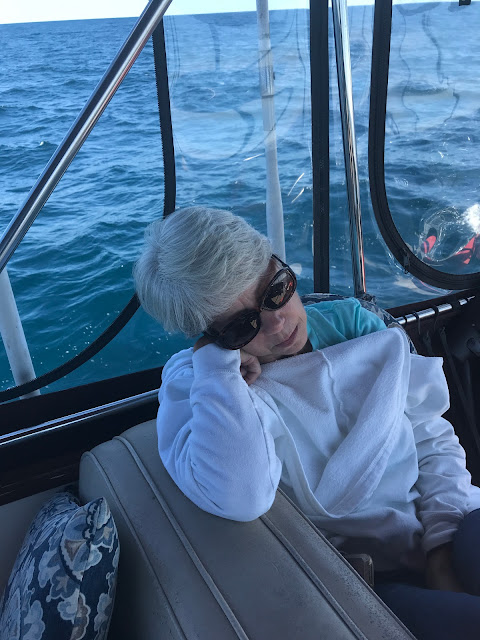 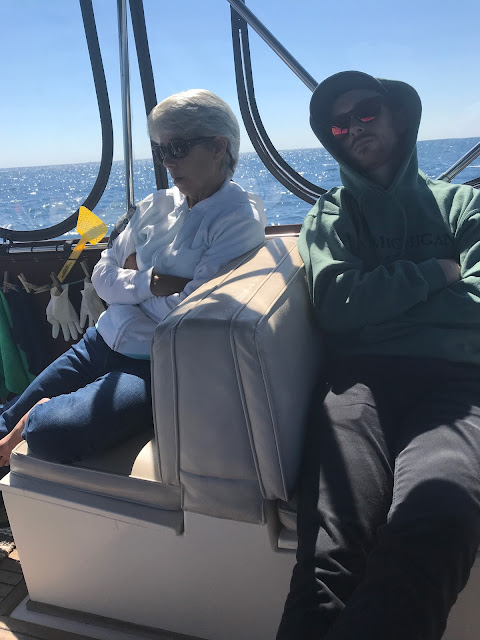 Anyone care for some Poutine? 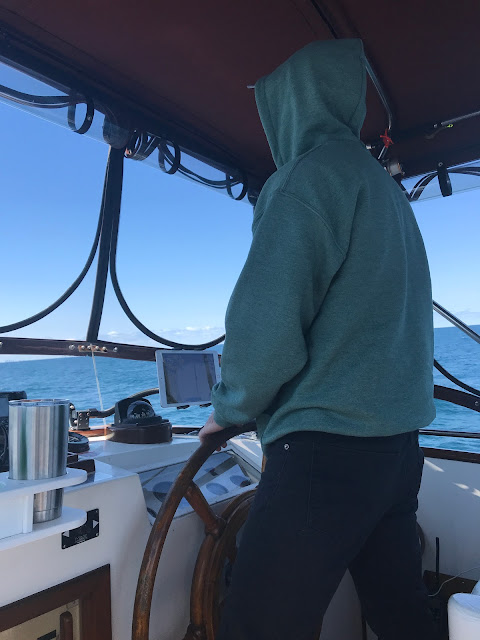 Back at the helm 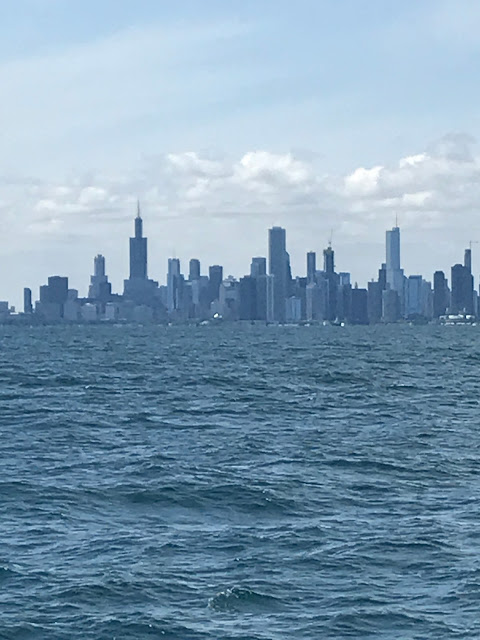 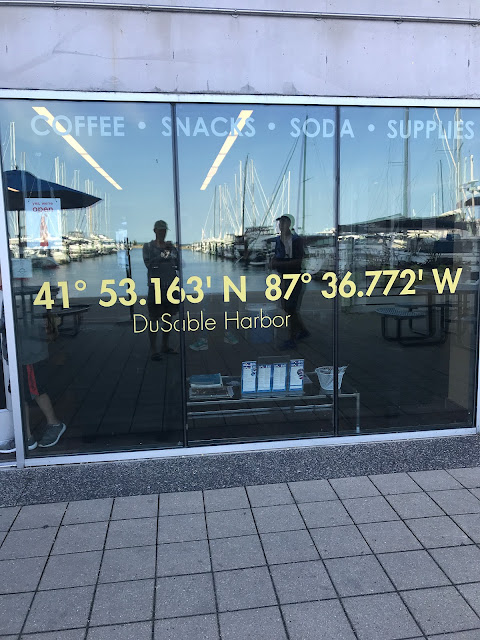 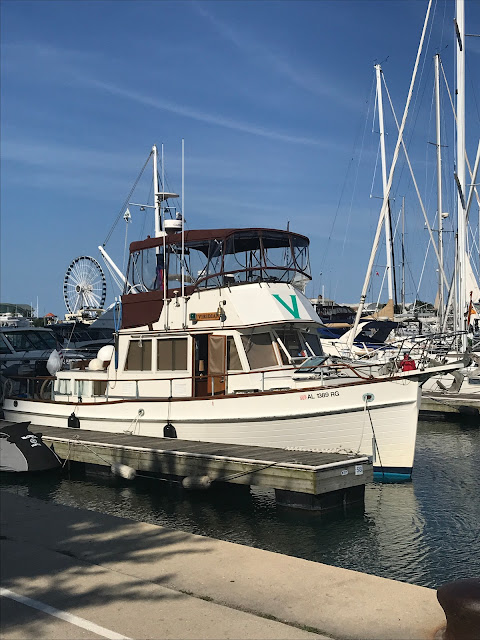 Viridian docked next to the wall 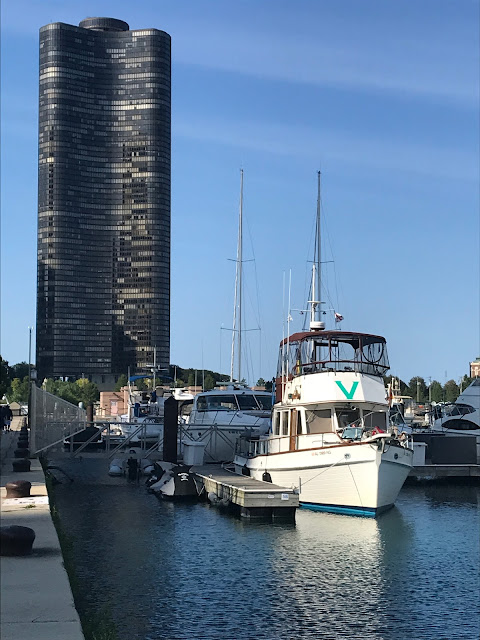 Back in a Big City
Posted by George Sanders at 3:49 PM