Lugging to Little Current, Circus Atmosphere at the Docks and Paddling the Board

A light rain started falling at about 0400 this morning so I made my way outside to close the hatch cover over the berth.  Later, the sky started getting light in the east and the sun rose behind grey clouds and a thick smoke was in the air.  A smell of smoked ham was laid down over the marina as the shifting winds brought the smoke north from the forest fires burning both in front of us and behind us.  The dry summer has made the area a fire hazard and sections of the route have been closed to boaters as a result.

The wind was flat calm this morning and Viridian departed Sportsman's Inn and Marina about an hour after our cruising buddies left for Little Current.  Visibility was about 2-3 miles in the mixture of smoke and fog.  The 23 mile cruise is governed by the RR swing bridge at Little Current that only opens on the hour.  We are not fast enough to run up to the bridge if we are close by so our speed has to be tailored over the duration of the cruise to arrive at the top of the hour or risk floating around for an hour in current and/or wind for the next opening.  This meant that we would be cruising at 6 kts to make the 1300 opening.  Viridian seems happy lugging along at this speed and since the lake was like a sea of mercury in the weird light of the day, we lugged across open water at jogging speed.

We tuned the VHF to CH-68, the working channel for every marina in Canada, and listened to our friends as they went through the RR swing bridge and into the Little Current City Dock area just on the other side. Let's see if I can set the table to describe this environment:  (First, July and August are the heavy vacation/holiday periods for Canadians, so everyone who has a boat is in it.  Second, this is the season for Looper boats to be in the area as well.  Third, most marinas hire summer students to work the docks and slip assignments. These are very nice/smart kids but apparently no experience is required to get one of these jobs at the marinas.  Fourth, there are two other marinas by Little Current that all talk on the same CH-68 to boats coming and going.  Fifth, The swing bridge opening on the hour guarantees a flood of crazy boaters will swarm the marinas at the top of each hour during the day.  Sixth, each marina schedules attractions that bring people from land and sea to attend.  Seventh, the fuel and pump out dock is first come first served and one dock services all three  marinas in the narrow channel and Eighth, since it is a narrow channel there is a "little" current running through it that few people are aware of until it is too late.)

Back to the listening in on our buddies arrival.  Once the bridge opened the circus began.  Keep in mind that most people arriving have never seen this place before and they were given slip assignments by the dock hands as if they knew the area like a local would, "Go to B dock and turn in front of the Post Office building next to the ticket office".  As you can imagine, things got really confused very quickly.  A certain percentage of the boaters were in rental boats and had little or no experience in safe boating practices.  You also have "that guy" that ticks everyone off by the way he speaks on the radio and by the way he elbows his way to the front of the line.  Our friends finally got safely docked, but boy what an ordeal it sounded like listening on the radio 7 miles away.

Viridian arrived at the RR swing bridge at 1350 and was the second boat in line.  While waiting we called the marina, during the calm before the opening, and asked for our dock assignment instructions.  The dock hand talked to us as if we were familiar with the area.  We confirmed with him that we were to go to Bravo-1, bow-in, starboard tie.  That is all we knew but where in the world was Bravo-1?  The bridge started swinging open and we looked back and there were at least 12-14 large cruisers that ran up at the last minute to make the opening.  In the mix were a few of our Looper buddies we haven't seen in a while, all asking for docking instructions as the VHF lit up at all three marinas.  To say it was chaos is an understatement.  Our strategy was to go through the bridge, cruise by the marina looking for both the fuel dock (needed a pump out first) and our slip in Bravo-1.  We were passed on both sides by boats, mostly bigger that ours, looking for their slips, as we scanned the shore to orient ourselves.  Once we found our slip we did a 180 and went back to the bridge to let things cool off before we went back to see if the "first come-first served" fuel dock had a space for Viridian to pull into.

A large cruiser, (over 60 feet) left the fuel dock and made a space for another 60 footer that was actively blocking the path to the fuel dock so he could be next in line.  When he was settled we slid Viridian between two sailboats that were pointed down current along the wall.  The young man brought over the hose and made quick work of getting our holding tank pumped.  We had started Viridian's engine and were in the process of untying the stern line when the 45 ft sailboat behind us decided to leave the dock. He did  not take the current into mind and he drifted into the port stern corner of Viridian.  I saw that this was going to happen and dashed over to try and fend off the out of control boat as his first mate reached over her rail to do the same thing.  She slipped and fell over on me since I was pushing on the lower rail of the sailboat.  There was a large vertical fender at just the right place when the boats collided that saved our swim platform.  Were it not for that there could have been some cracking and crunching.  We had to fend off the sailboat all the way down the length of our boat until he was finally clear.  This was not the end for him though.  The docks took a 90 degree turn to port and he had run out of room on the starboard side to make that turn.  He was no longer our problem but he was still being taken to school on how not to leave a dock.

Once our blood pressure returned to normal and we left the fuel dock, we started to contact the dock hand when we heard someone else being directed to Bravo-1.  I called the  dock hand and he just said that we could go on the wall between Alpha and Bravo docks.  I said that we preferred a slip but he said there weren't any left.  So we went to the wall.  It turned out to be not such a bad place after all and we were just glad to be tied up and no longer part of the chaos circus that will play out every day all day,for the rest of the week. 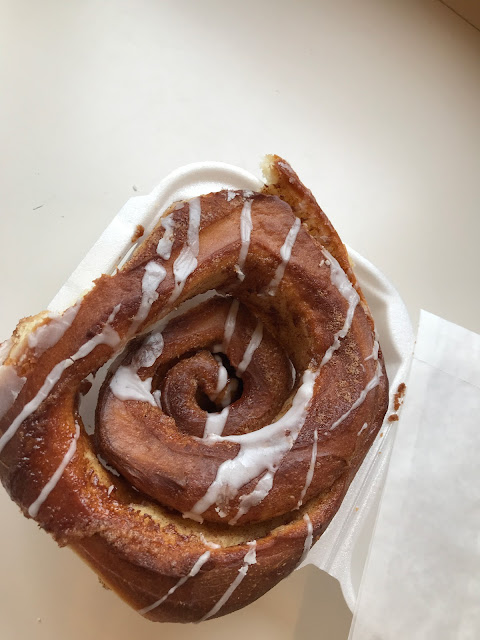 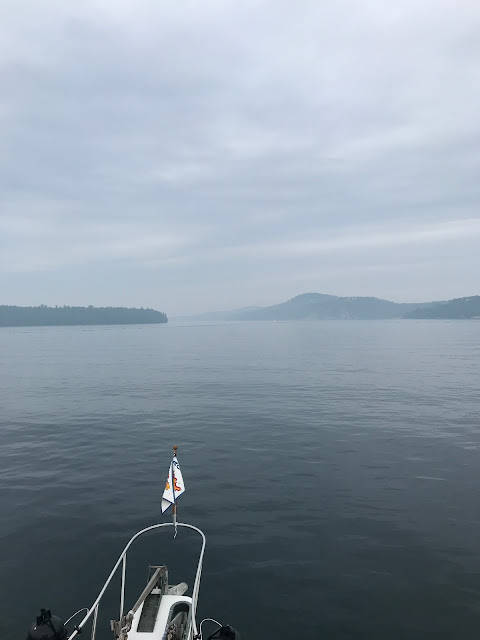 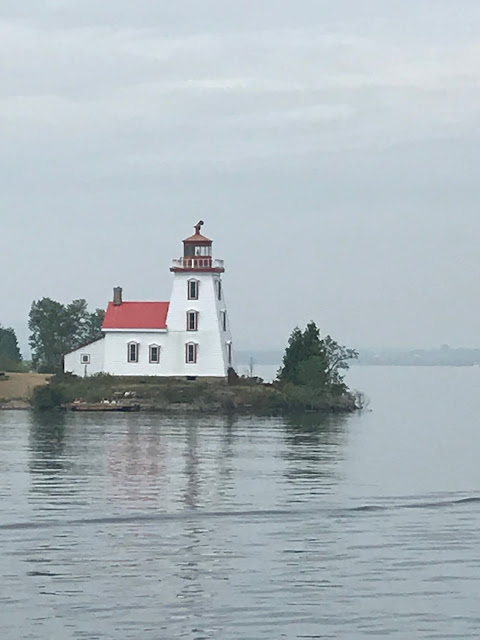 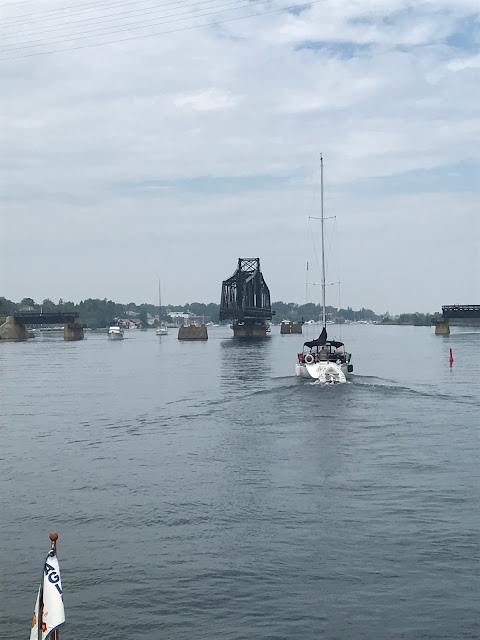 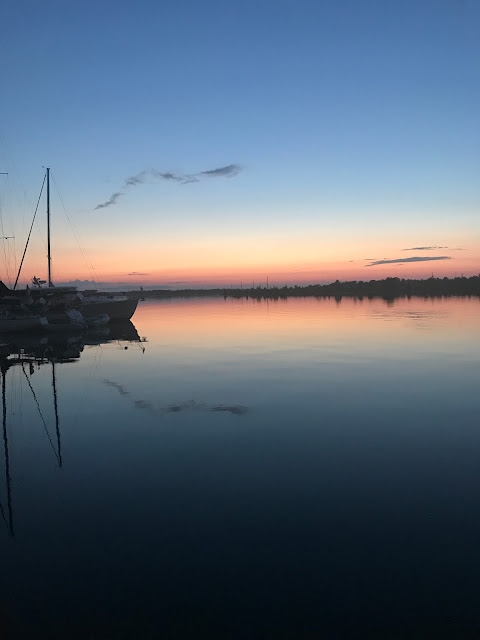 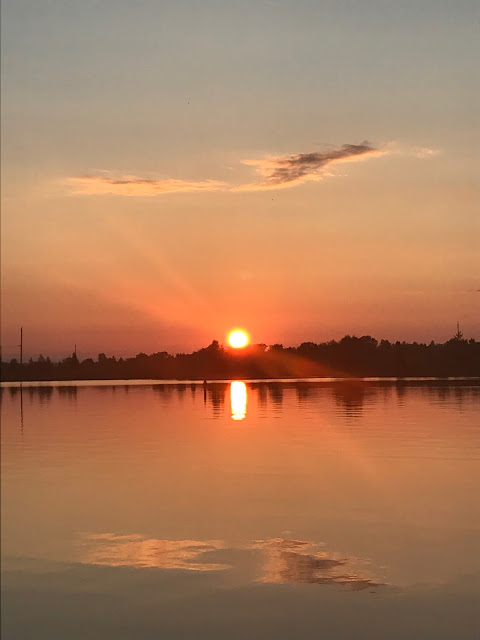 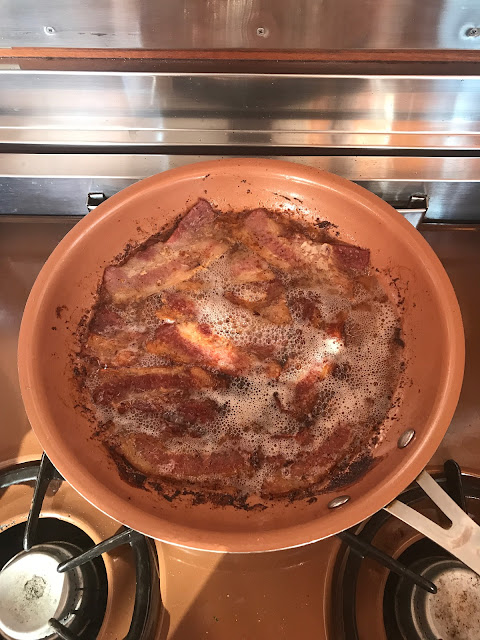 Getting the day started wright 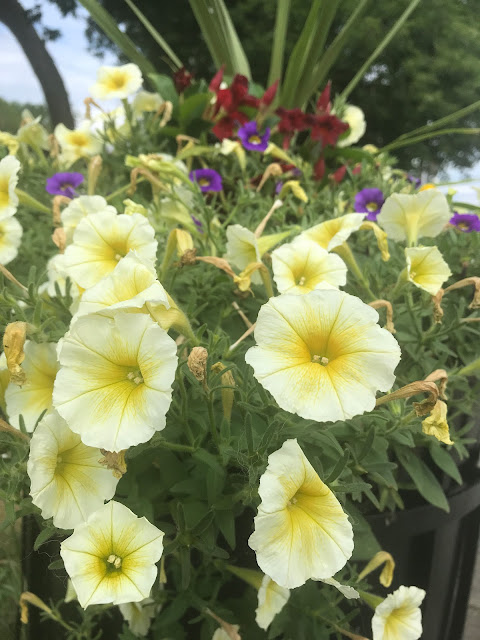 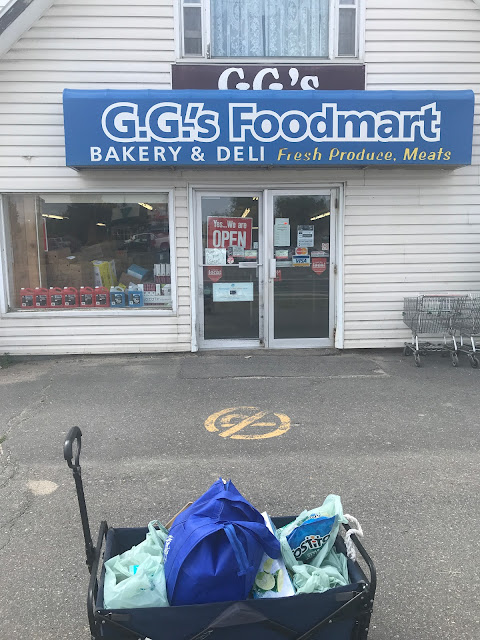 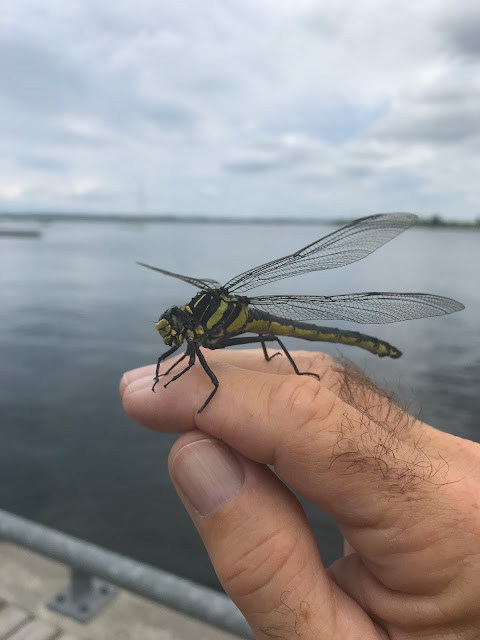 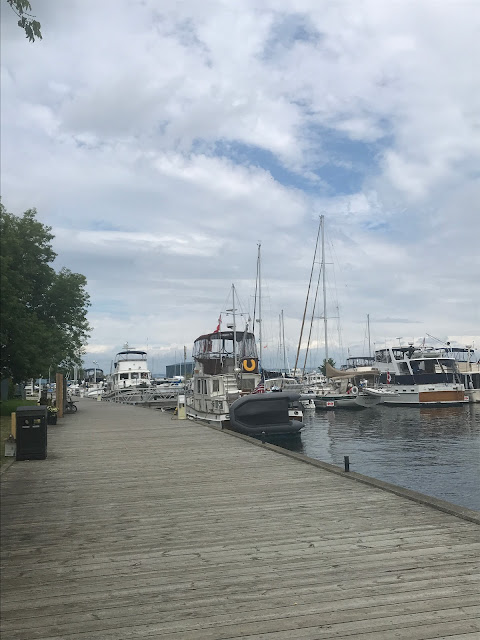 Viridian tied to the wall at Little Current 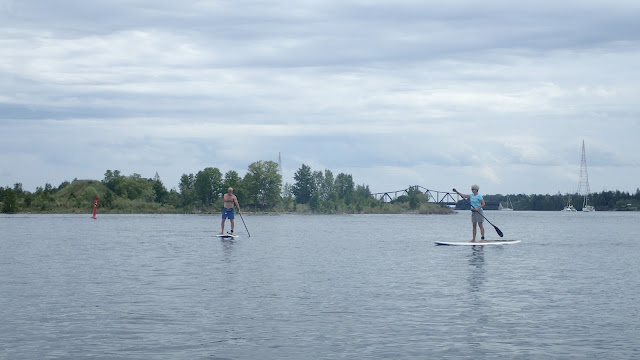 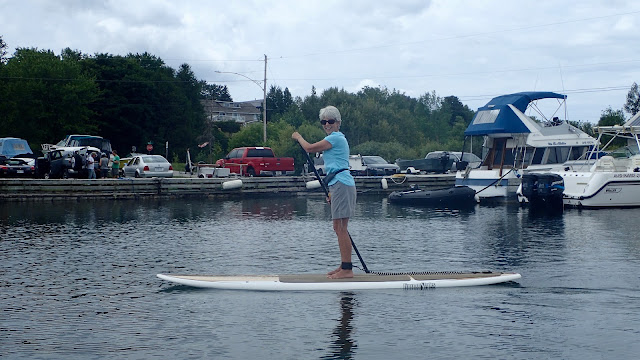