A thirty mile run with following seas brought us to Seng's Marina.  The following seas makes it hard to stay on course due to the wallowing motion as the seas out run the boat.  About 4 hours of that is enough for one day at the helm.  (This would be a good time to have an autopilot.)

Seng's Marina is tucked about 2.5 miles up the Manistee River on the east coast of Lake Michigan.  It has new wooden fixed docks and caters to Loopers.  Upon arrival we were invited to a fish boil that the local boaters were preparing.  The fish is fresh caught salmon.  It is boiled in a large bucket over a propane burner along with fresh onions, potatoes and corn on the cob.  They also roasted some corn on the cob over a fire.  After checking out the shops on main street in downtown Manistee, we grabbed some plates and a drink, sat down under the shade of a pavilion, the food was blessed and we had "poor man's lobster".  The drawn butter drizzled over the boiled salmon did remind us of lobster.  We met two couples that were starting their Loop from this marina on Labor Day.  They were excited to talk about the loop with us and we could appreciate their enthusiasm as the day of departure nears.

We will keep pushing south tomorrow by going another 30 - 40 miles to Snug Harbor Marina where we will stay put while a weather day passes and the lake calms down. 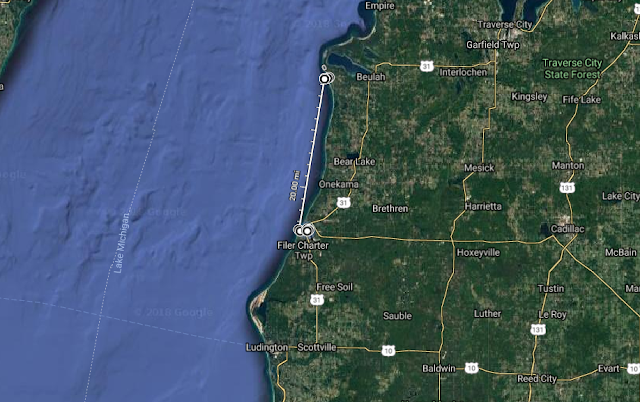 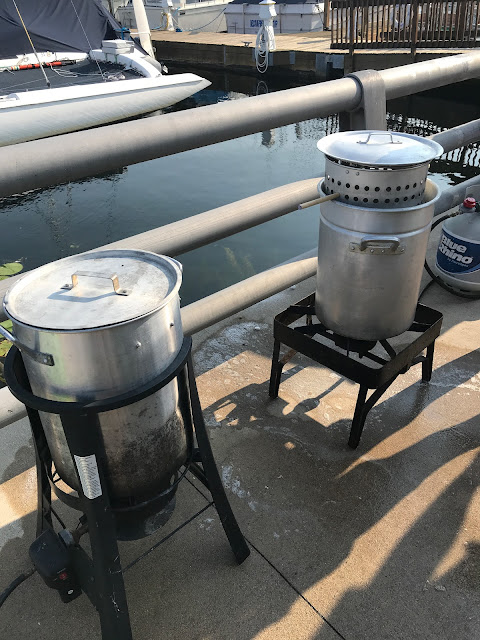 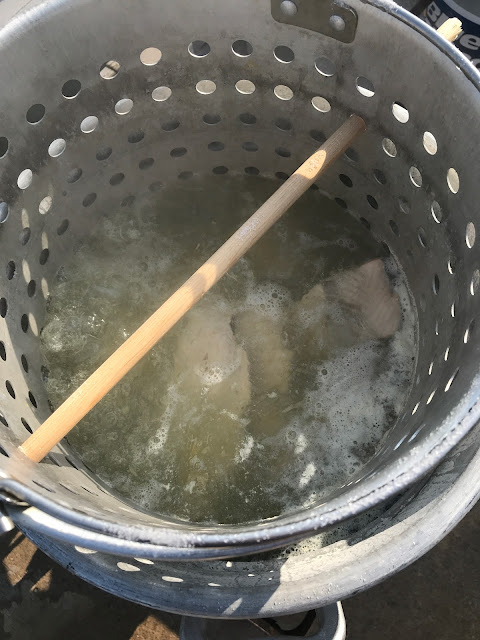 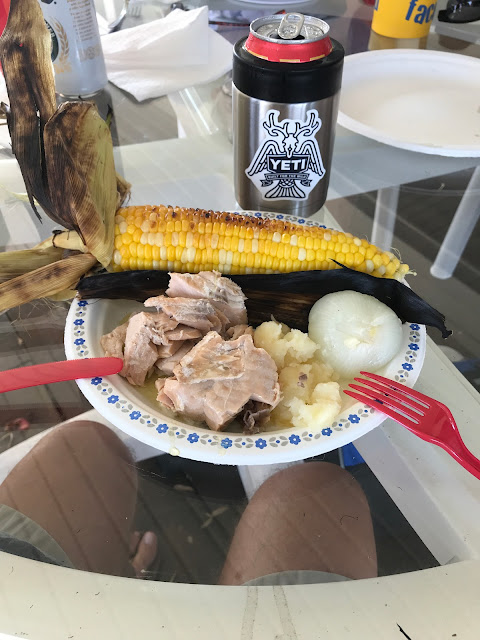 And here's the final product, mmmmmm! 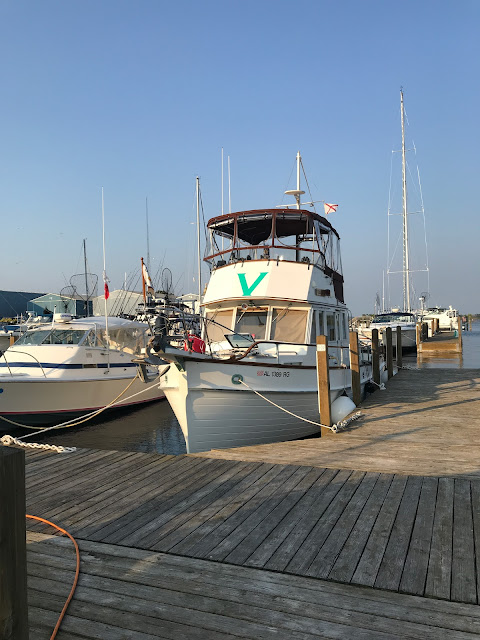