The crew of Viridian had a good stay at Palm Cove Marina.  We were able to take care of all the housekeeping chores like provisions, laundry and maintenance.  Today is Friday 13th and since we are not superstitious we made our plans like every other day by timing our departure at high tide so we didn't get stuck in the marina channel.  Fortunately for us, high tide occured conveniently at 0830, which we think is a sensible time to cast off.  The advantages of high tide is obviously the extra water under the keel but also, depending where you are in relation to an inlet, you can pick up some extra speed once the tide turns and starts going out.

Viridian enjoyed a nice 10mph max velocity until we spilled into the mighty St. Johns River.  This is a huge body of water with heavy commercial tanker ship and military war ship traffic.  After crossing the St. Johns we were now on the other side of the inlet and that extra 2 kts was against us.  It seems to all average out but we are noticing a different kind of cruising water here in northern Florida.  We have entered into the region of 7 ft tides and swift currents caused by the heavy breathing of the Atlantic Ocean in this area.

By the time we reached within 2 miles of our destination of Fernandina Marina on Amelia Island, we were once again at low tide.  This low tide was also accompanied by a strong south wind that helped make the tide even lower in the region we were cruising.  Using the latest updated electronic charts we cruised into a wide area where the red and green channel markers on the chart matched what we saw on the water.  This was all good until we noticed off to port some new looking, small green can buoys. that were not on the chart.  Taking out the binoculars we could see the small gold square indicating that that was the ICW channel so we corrected our course so that we would leave them on our starboard side as standard navigation protocol for this region dictates.  Suddenly the depth sonar warning blinked and we slid onto a sandbar and stopped.  No use in trying to power off so we killed the engine and sat grounded with a 25 mph tailwind whipping through the flybridge like a wind tunnel.  A phone call to TowBoatUS got us on schedule for a tow but it would be two hours before it would arrive.  Since it was 1230 and we weren't going anywhere the first mate fixed lunch and we ate while watching the tide graph slowly creep past low tide and make its way up the positive side giving us inches of water depth every 15 minutes.  During this time other boats came north like we did and were headed exactly where we did until we radioed them and warned them by pointing out the two new green markers on the western shore where the new channel was.  They all would have run aground with us had they maintained course by following the navigation map.

Once TowBoatUS arrived we had almost lifted off the sandbar in the rising tide and started moving into the channel with the strong wind at our back.  We tied up to the tug and got pulled off the bar and back into the channel.  The TowBoatUS captain said that the new markers were causing boats to run aground in low tide because they were placed in exactly the wrong place.  The way through this part worked if you ignored the first green buoy and honored the second one.  Who knew?  Viridian was just in the wrong place at exactly the wrong time.  A few more inches of water and we would have sailed over the bar and continued to our destination two miles away with no problem.  I had purchased the Gold Tow Insurance Plan so no charge for us thankfully.

Viridian arrived at Fernandina Marina on Amelia Island and got securely tied to the dock where we will stay until the bad weather forecasted for Sunday pass through.  Until then we will enjoy exploring Amelia Island and our last days in the great state of Florida.

Our passage from Jacksonville to Amelia Island, FL 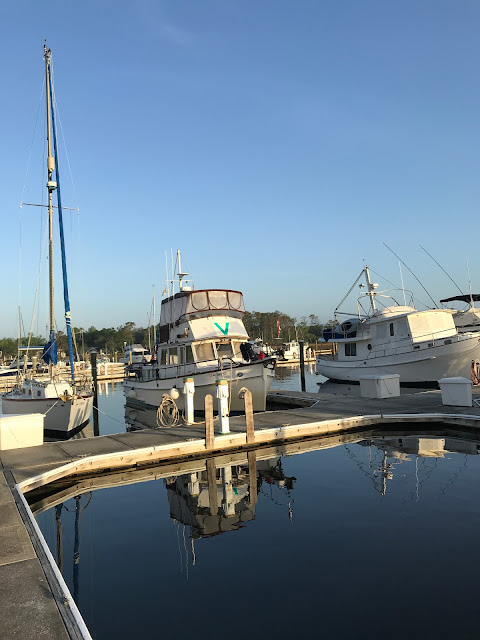 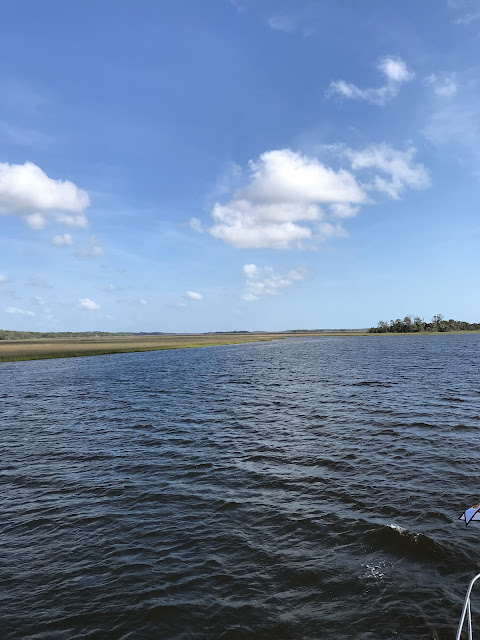 A new type of scenery 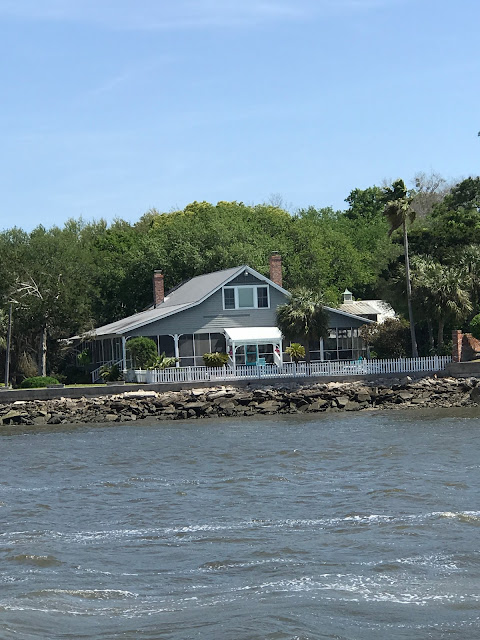 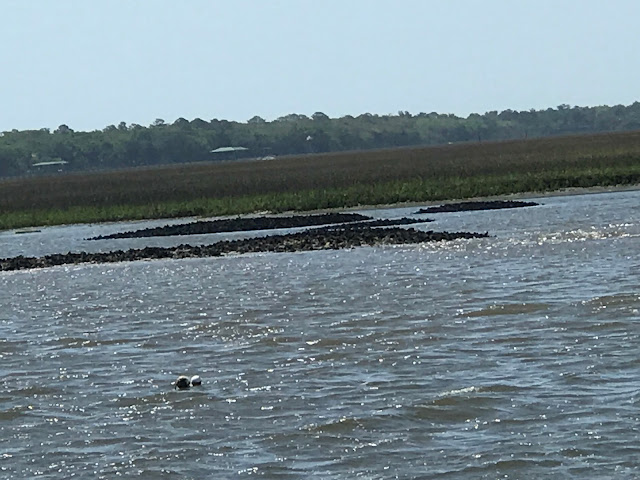 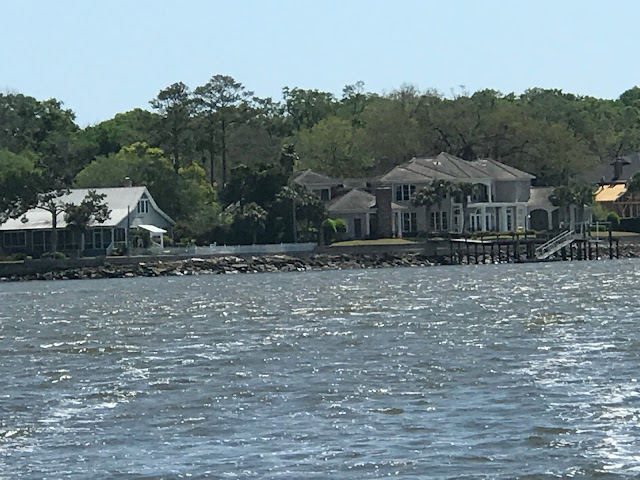 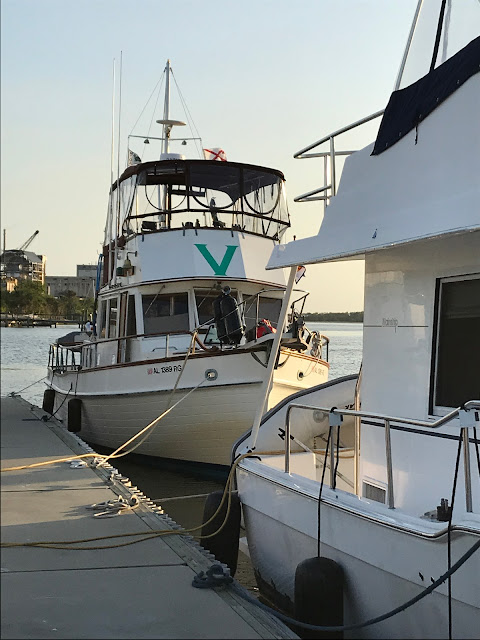