One of the great treasures of Looping is finding these secluded anchorages like Mosquito Creek and enjoying the scenery and solitude of being miles away in such a civilization.  So far we have been fortunate to find several of these places that reminds us the true meaning of "getting away".  It's the mixture of destinations like Charleston and remote pools like Mosquito Creek that keep this trip fresh and interesting, not to mention the new challenges presented by going from one place to another.

The GA and SC coastal region with its deep tidal swings and associated currents add another dimension to successfully getting from point A to point B.  Today we needed to leave at sunrise, which was high tide, so we could traverse places like Fenwick Cut and Watts Cut before the water ran out and make it to Charleston by slack tide (low tide turnaround) to mitigate the swift currents inside the MegaDock at Charleston City Marina.  Tides changes occur approximately 6 hours apart and we needed to travel 45 miles today at about 7.5 mph average speed.  There is a significant amount of homework that needs doing and running your route plan by another captain that is making the same passage helps build confidence.  Today's cruise was a classic exercise in estimating boat speed, tide change, current direction and arrival time using a hull speed boat to cover 45 miles to a destination known for wicked currents inside the close quarters of the Charleston City Marina.  It is a no brainer to arrive here at slack tide to negotiate the inside docking safely.  After our experience in Everglades City with current and wind, we didn't want a repeat episode with expensive yachts docked all around. Viridian traveled with Dash Away once again and we were joined along the way by two other Looper boats that were making the same course calculations to get to Charleston and arrive at slack tide.  So it was pretty busy in the pilot house today navigating the twisting AICW and monitoring the depth gage as we headed north.  Lots of radio work and a few phone calls to Charleston to get the exact time for low tide there in the Ashley River.

We all arrived at the very end of the slack tide window (about 15 min after low tide).  With that many boats arriving at the same time the dock hands were quickly saturated, so Viridian had to orbit in the Ashley River outside the dock area until help could reach the spot we were to dock.  Charleston's MegaDock is 1,530 feet long and is the longest free-standing dock in the Southeast.  Workers speed along the dock in electric golf carts in order to be able to service arriving boats efficiently.  Viridian soon got the call to come inside and dock but it would require a 180 degree spin around once in and then backing down 400 feet into a slip between two boats.😟  By now the outgoing tide was dragging a noticeable current and of course the wind was 15 mph off our beam and we were to dock on the leeward side.  There is always an audience that magically appears whenever a boat comes in.  Even in Mosquito Creek 4 people came out of nowhere to watch and "help".

Our rotation inside the turnaround area was executed successfully so we started backing down the narrow path between boats for a stern-first "parallel parking" attempt to the leeward side.  With the wind blowing like it was we couldn't get the stern close enough to the dock in the tight confines so that attempt was aborted.  After we recovered we decided to back past our spot and power in bow-first at a steeper angle and get a line out to the dockhand so that he could secure it to a cleat.  Once this was done we sprong off that line with reverse throttle to pull the stern into the dock, get a line on a cleat and then it was Miller Time Baby!  Since our friend on Dash Away was single handing they allowed him to dock on the outside (windward side).  With all of the radio traffic, wind and waves he was focusing on coming into the dock and forgot to set his fenders out.  He made a perfect approach but landed "wheels-up" against the dock side with the wind and current having its way.

It was all good afterward but this is just a brief overview of some of the things that must be considered when traveling in this part of the country by boat.  You have your options and bail-out plans that you can choose incase things didn't go the way you plan and sometimes they won't.  Dropping a hook and waiting for slack tide is an option for most of us.  The wind and current got a good bit stronger an hour or so after we all got settled.  Had we come in during that time we would have anchored and waited for the next slack tide to come around.

Once we got registered we rested a bit and took a walk over to Battery Park on the east end of Charleston.  Then came back to Viridian and served up BBQ ribs that had been simmering in a crock-pot all afternoon.  We will stay here 4 nights and explore as much as we can before moving on up the coast to our next stop. 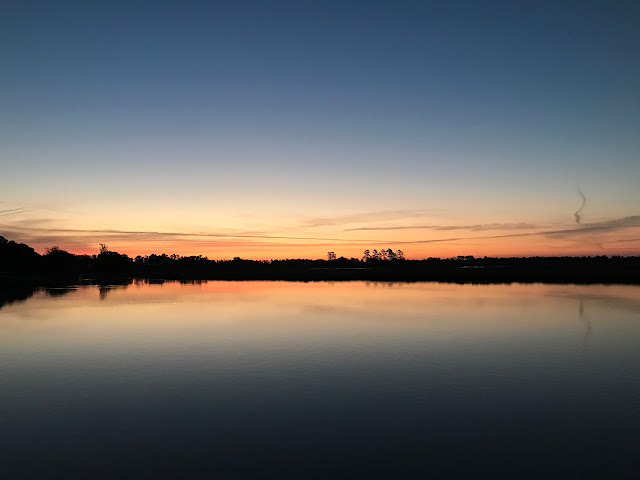 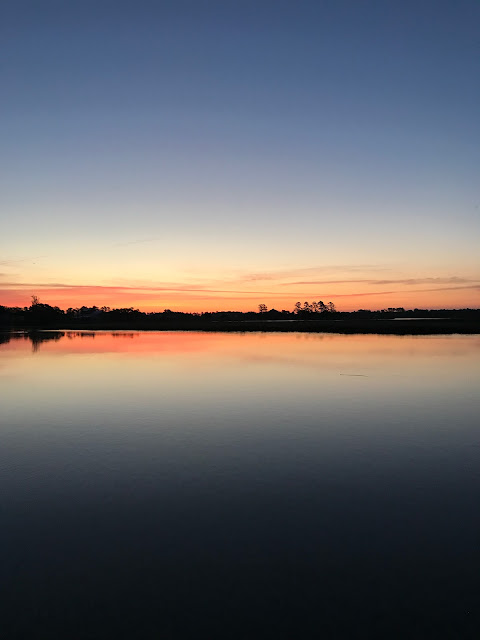 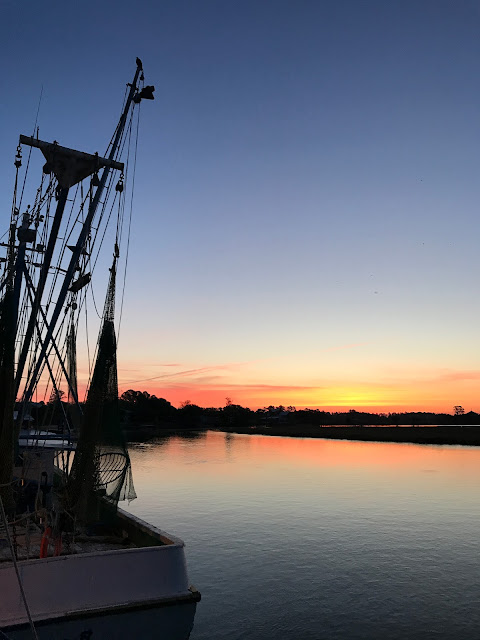 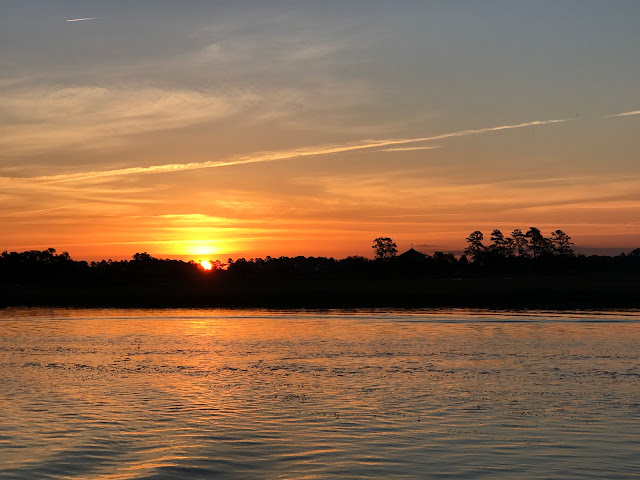 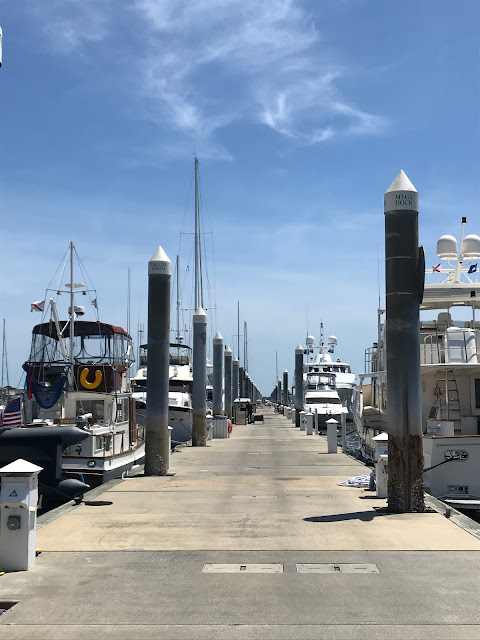 Looking down the MegaDock 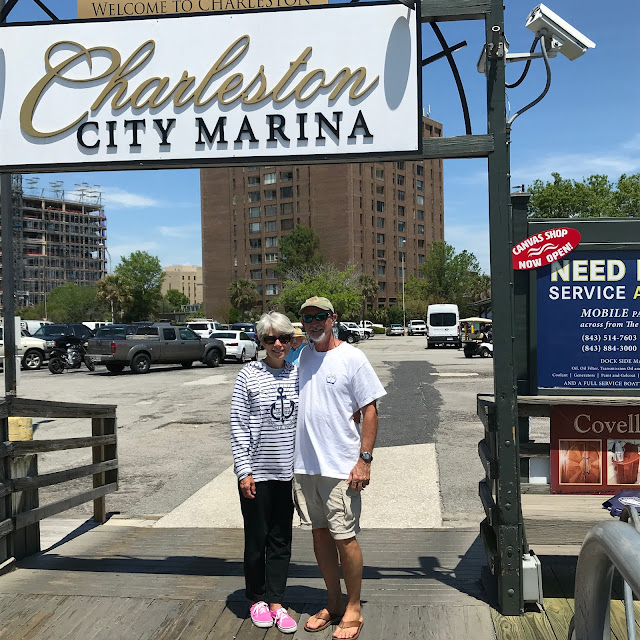 Glad to be in Charleston, SC 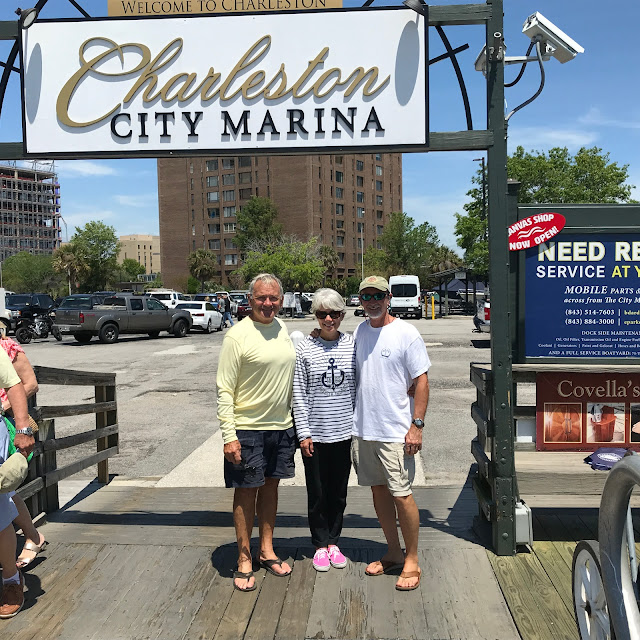 Captain Mike of Dash Away with the Crew of Viridian 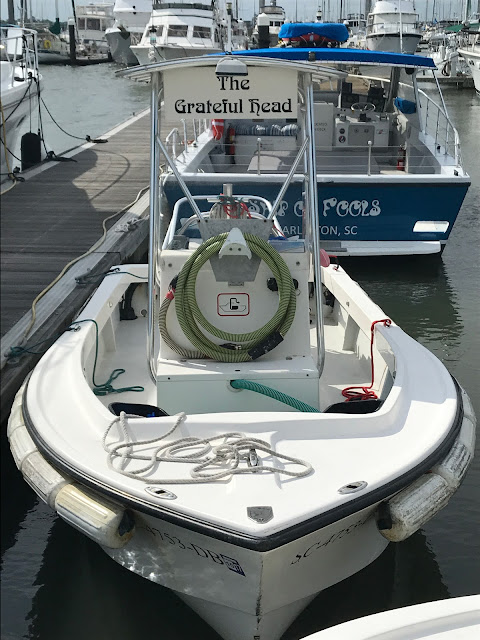 Checkout the names of these pump-out tenders.  That's too funny! 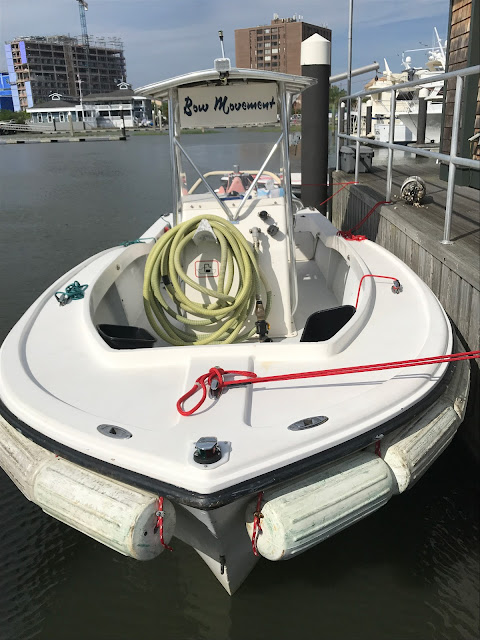 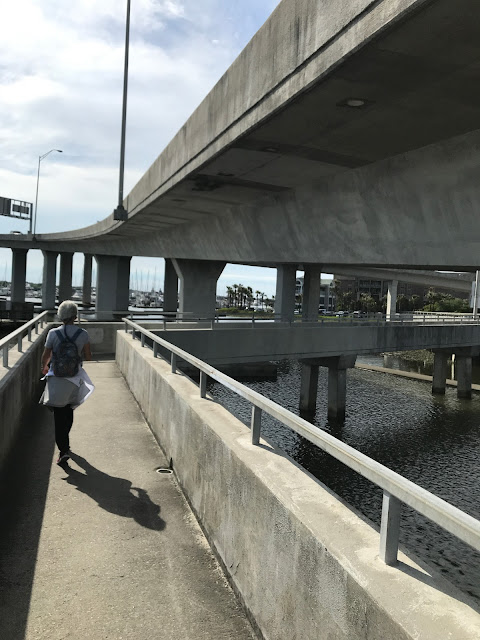 Taking the path under the Ashley Bridge to Downtown Charleston, SC 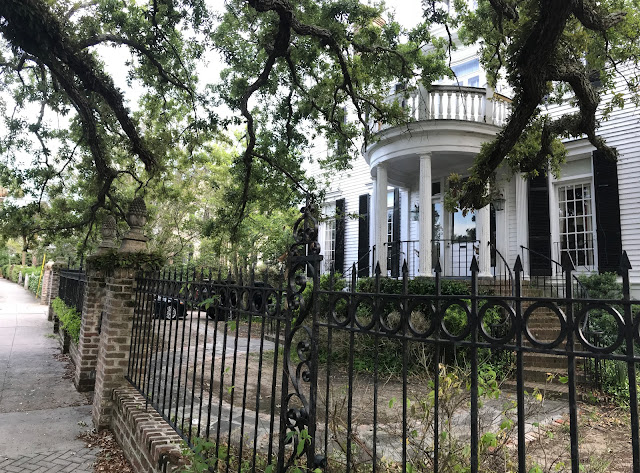 Battery Park along the Sea Wall 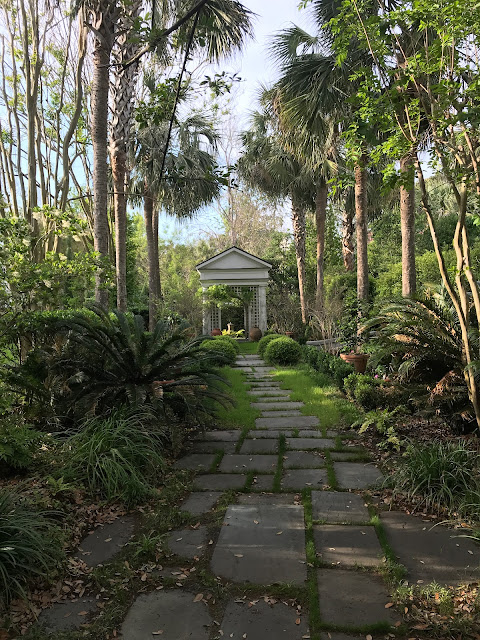 A garden behind on of the old homes 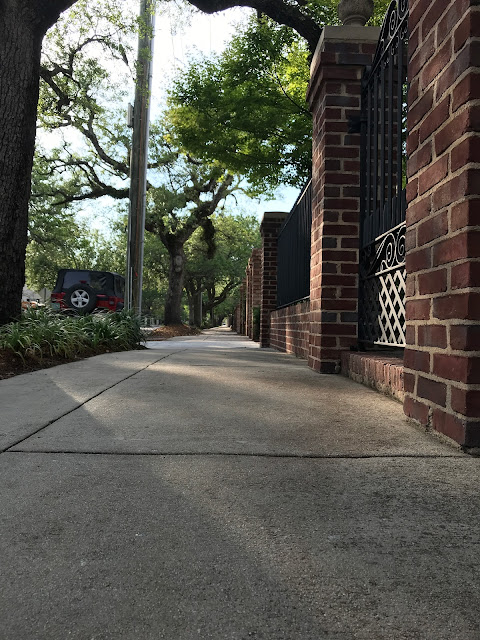 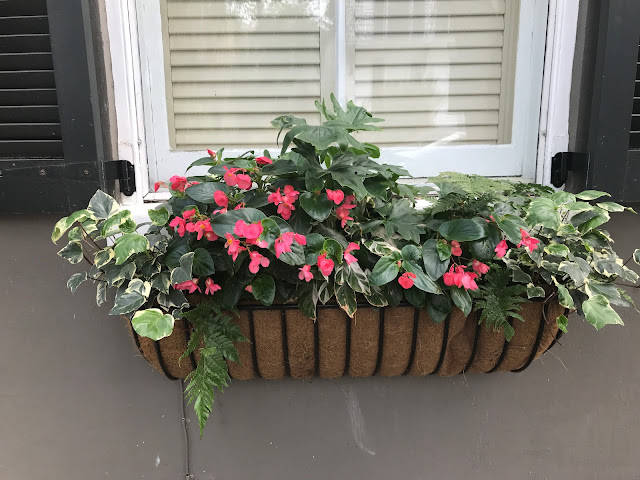 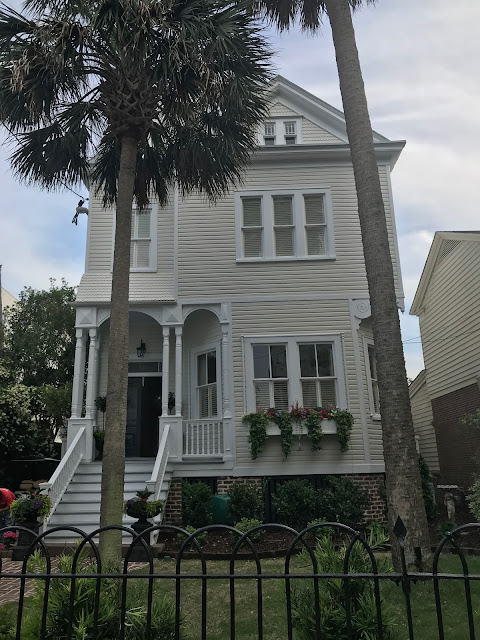 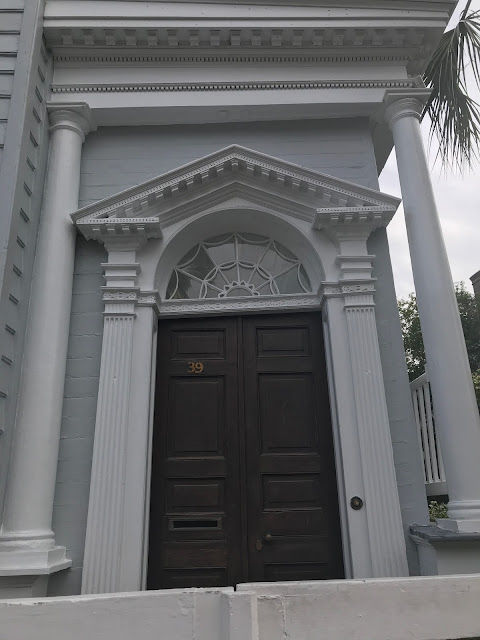 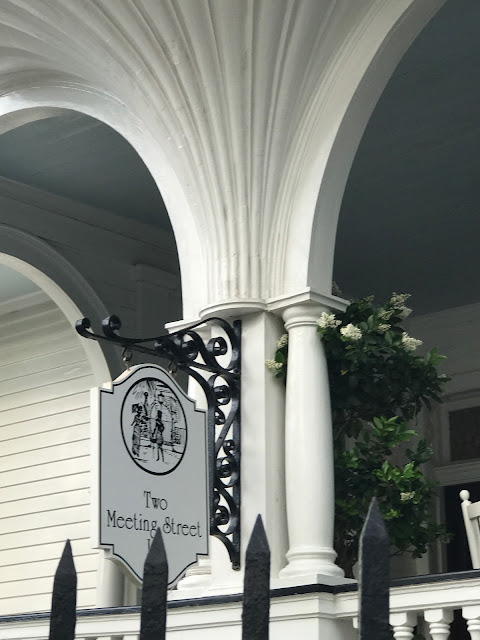 This is a beautiful B@B close to The Battery Park 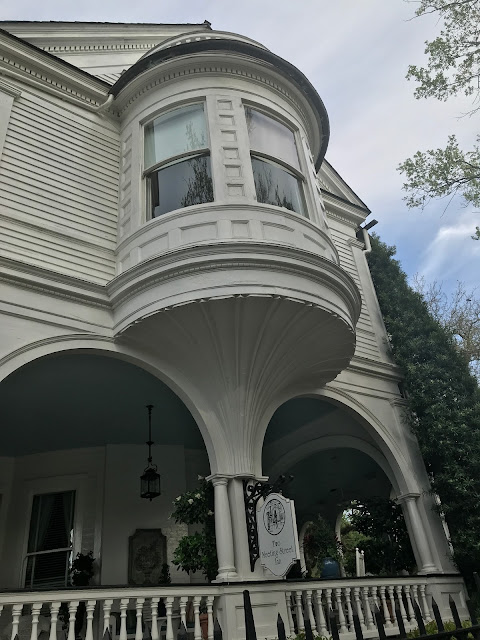 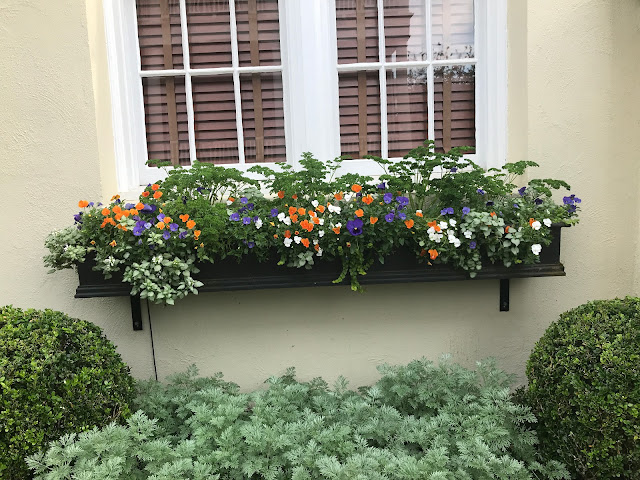