The Tides That Bind Us, Tug Talk and Snaking Through the Tall Grass

We are bound by the state of the tide here in the State of Georgia, and other places too but this is the first region where the tide swings 7-8 feet and it should dictate when you start, where you go and when you stop.  Avoiding low tide won't guarantee you won't run aground, but at least you have a better chance of staying off the bottom.

Today's route took us from our anchorage in North river -1 out across the Doboy Sound and into Old Teakettle Creek (love that name). Old Teakettle Creek spilled into Blackbeard Creek for an open water passage followed by a narrow canal that ran into St. Catherine's Sound.  Across St. Catherine's Sound we steamed northward on Bear River along the Florida Passage to our anchorage in Red Bird Creek just south of the Ogeechee River.  This is a favorite stop for northbound boaters to stage the passage of Hell Gate at high tide the following day, which is what we will do tomorrow.

As soon as we sucked in the anchor and pointed out of North River -1 we spotted a Tug with no barges heading north.  It was going faster that we would go so we let it pass and pulled in behind.  Earlier this morning a Tug with a large construction crane barge and other stuff on board passed going north but was only making 4 kts.  We knew we would have to pass it somewhere up the channel.  The bargeless Tug in front of us requested a pass caught it first and started a conversation on CH 13.  It was interesting listening to this chatter.  One the Tug was headed to Charleston, SC to pickup some machinery and bring it back south and the construction Tug was going north to clean up sunken boats left by Hurricane Irma last year.  He said they had recovered hundreds of sunken boats from the Keys to Virginia.  We caught the slow Tug and dialogue with him about a good place in the narrow channel to pass safely.  This place came open soon enough and we crawled by as fast as we could.  We later met a large, fast moving Tug in a hairpin turn with a channel marker stuck where we would have to squeeze between it and the Tug or stop and let the Tug to first.  We stopped.

With all this boat traffic on the AICW today we could still see most of the boats ahead and behind us, all day long , just sticking up over the tall grass in the flat marshes that the AICW snaked through.  It looked like they were going every direction from our view.  Once we got anchored we watched all the Tugs, Sailboats and slower vessels move past us to their northern destinations.

The wind is still ripping and so is the current where we are anchored in Red Bird Creek.  The tide going out and we will swing 180 deg this evening when the tide comes back in.  This deep, slow breathing of the Atlantic Coast goes on forever and the party never ends. 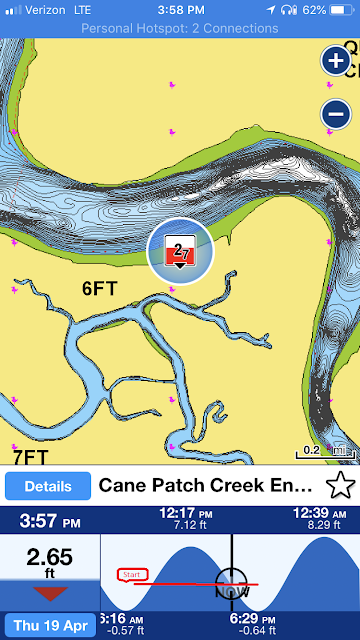 Where we like to cruise on the tidal hump 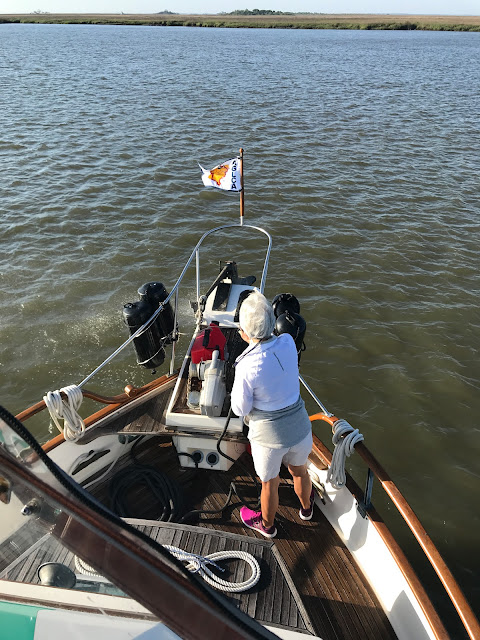 The Lovely and Gracious First Mate washing down the windless 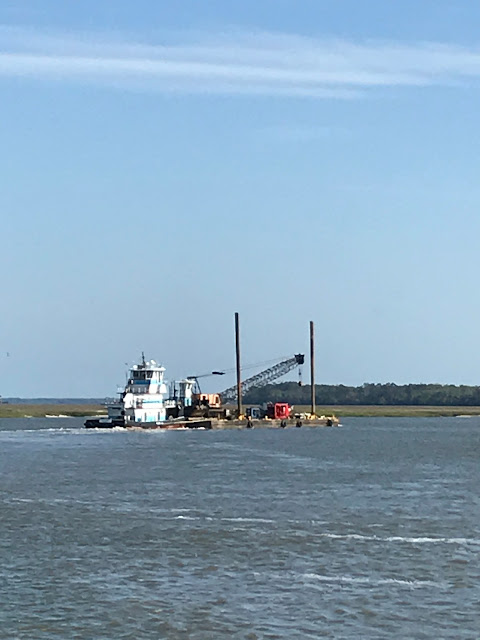 One of the Tugs we passed today 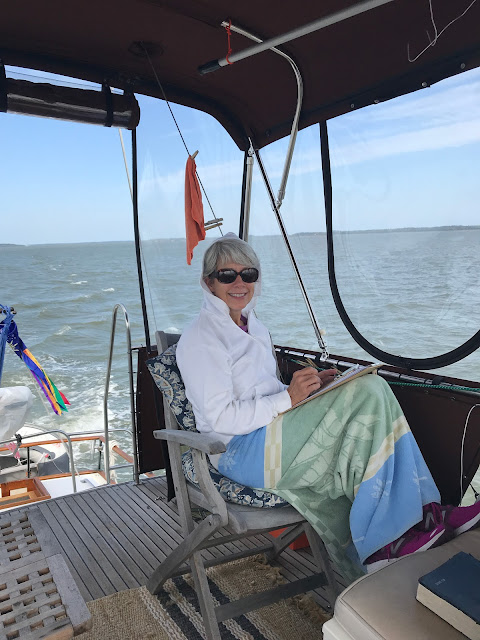 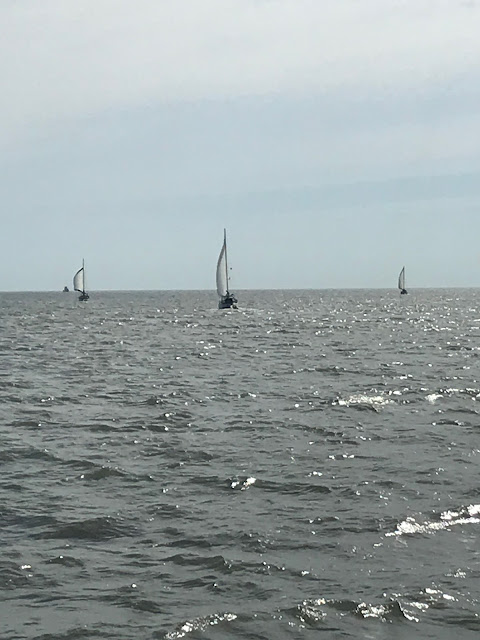 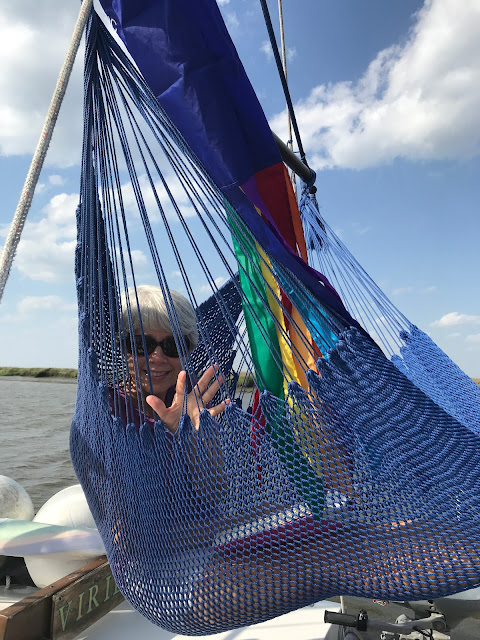 Just Hang'in Around the Boat 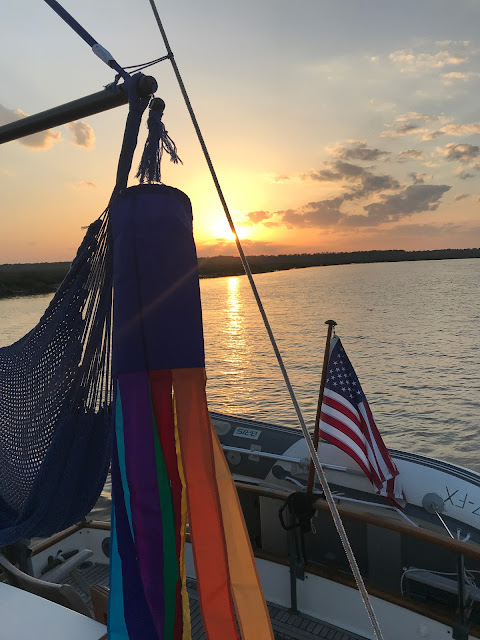