The anchorage at fabor Cove in Ft. Pierce was one of the most protected spots we've dropped a hook in but when Viridian started chasing her anchor at 2 AM we knew the wind must be blowing hard. And it was.  A  cold front passed through and brought with it 15-20 mph sustained winds straight out of the north.  We had planned on cruising to Melbourne with the crew of Dash Away but the captain texted us this morning and said he was tied on the windward side of the dock between two boats and the wind had pinned him down and he couldn't get Dash Away away.  So we sailed Viridian out from our protected cove, turned north and forced our way 50 miles north to Melbourne Harbor Marina against tidal current and sustained headwinds.  The ride was very smooth since the waves and wind were directly on the bow, but the wind was so strong we had to zip up the panels on the flybridge (a very rare thing) just so we could hear and stay warm.

Leaving Ft. Pierce we sailed through Vero Beach, Sebastian, Palm Bay and finally to Melbourne.  Once we nailed another stern-first docking in Crane Creek and rested up a bit, we met some old friends from our hometown who moved to Cocoa Beach a few years ago to work at the NASA facility.  We spent the afternoon and evening eating at Smokey Bones BBQ and onboard Viridian catching up on all the family news.  Tomorrow we will sail to Cocoa Village Marina and spend the afternoon with our friends at their place. 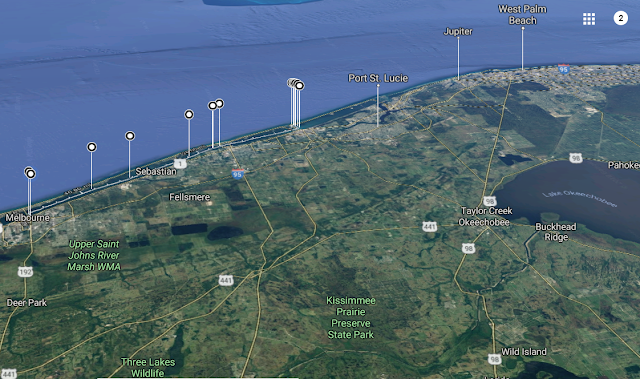 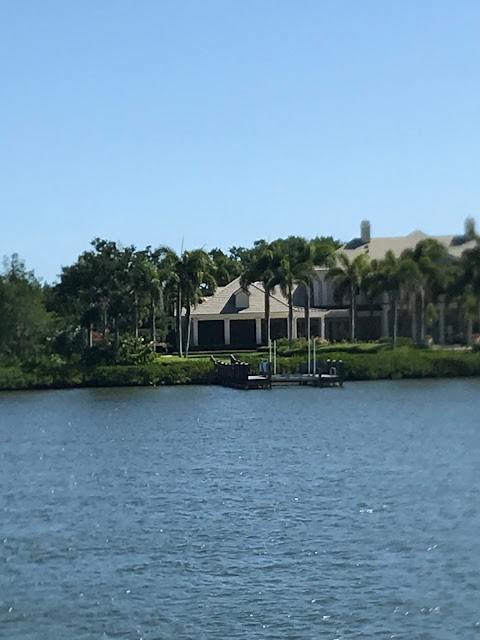 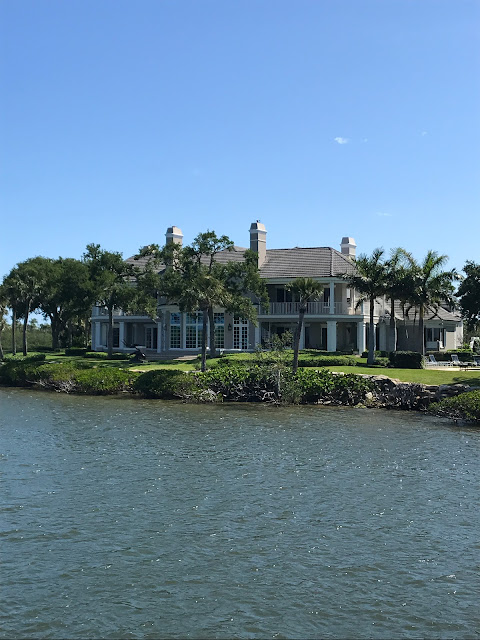 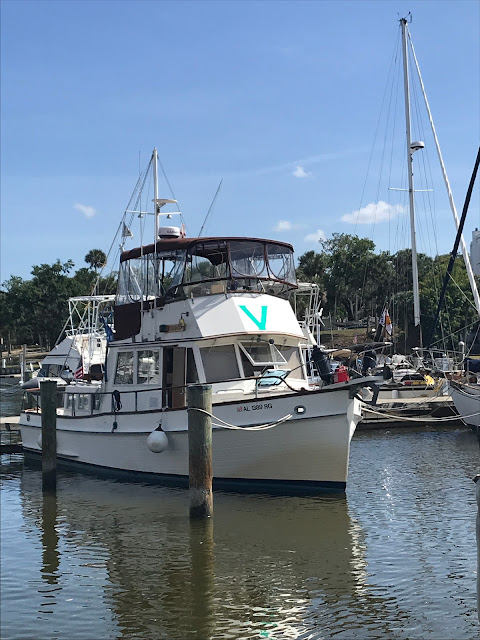 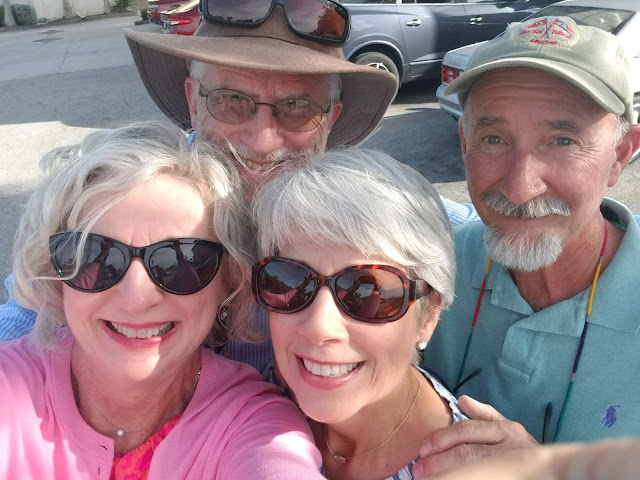