Isle of Hope Marina in Savannah, GA was a great place to visit and weather the storm that hit Monday.  With access to the loaner car we were able to refill one of the propane bottles on Viridian and make trips to Walmart and Sam's to reprovision.  Laundry was done as well as topping off the fuel tanks and getting a pump out.  We were able to visit with some Looping friends at a restaurant called Driftaway where we got some shrimp and grits.

After topping off the fuel tanks Viridian and Dash Away departed Isle of Hope at low tide.  Since the channel was deep we didn't worry about shallow water but while we were making our way north the water was rising.  By the time we got to Field's Cut we had enough water to float the boat.  The rising tide gave us a 10 mph cruise speed and put us in Beaufort, SC right around slack tide.

Today's passage took us from Savannah, GA north up the Skidaway River and into the Wilmington River.  The Wilmington wound around by Thunderbolt Marina, where a Looper was beginning his trip, haled us on 16 to tell us he was using our blog to help plan.  What a nice complement!  We saw a hand full of seasoned Loopers getting ready to shove off for Beaufort as well.  The Wilmington took us to St. Augustine Creek, into Elba Island Cut and across the Savannah River where we crossed into the state of South Carolina.

Entering Fields Cut we followed the Grand Banks 32 Snow Bird and negotiated the cut with only a few shallow places.  Field's Cut spilled into Wright's River where we crossed into Wall's Cut, Turtle Island and then into Ram's Horn Creek.  Ram's Horn Creek led us to Cooper River Inlet where we crossed into the Calibogue Sound and steamed northeast in MacKey Creek to Skull Creek and into the mighty Port Royal Sound.  Five miles across the Sound we entered the Beaufort River and sailed north to the Downtown Marina of Beaufort and picked up a mooring ball for the night.  We will get to explore more of Beaufort tomorrow since we time our departure with the state of the local tides which gives us till Noon to look around. 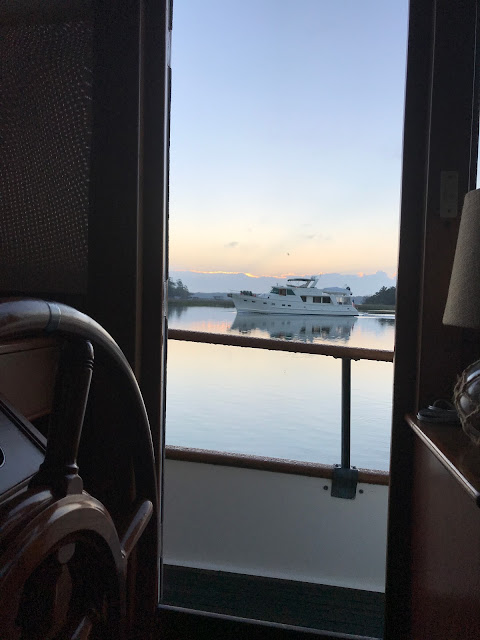 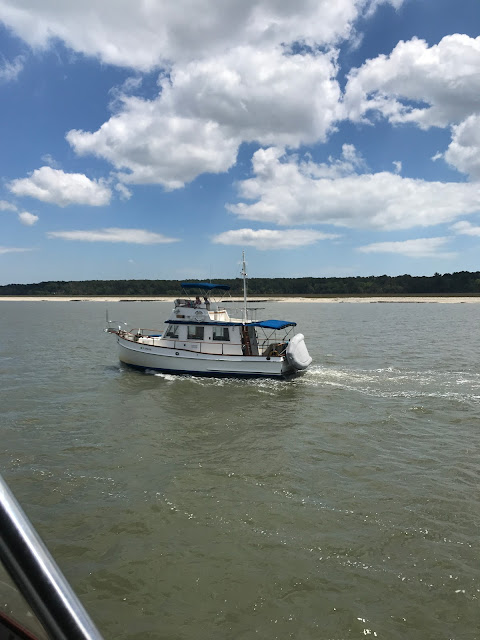 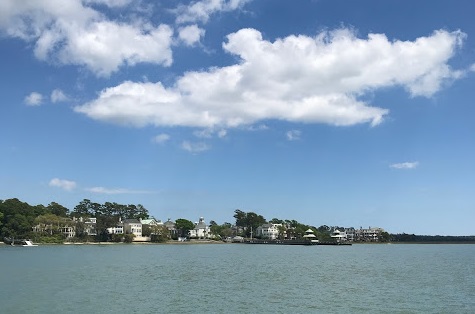 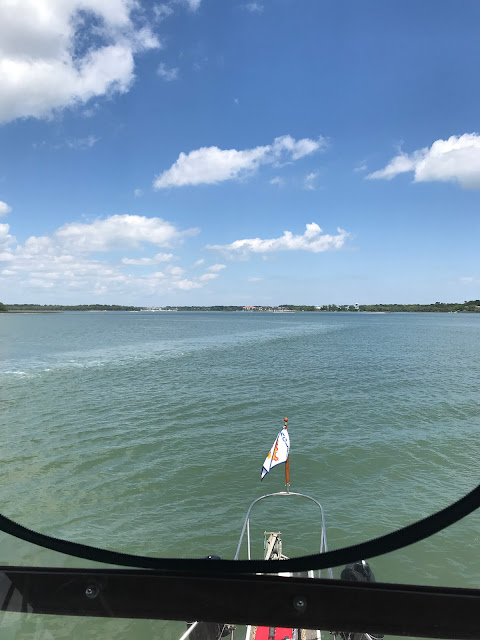 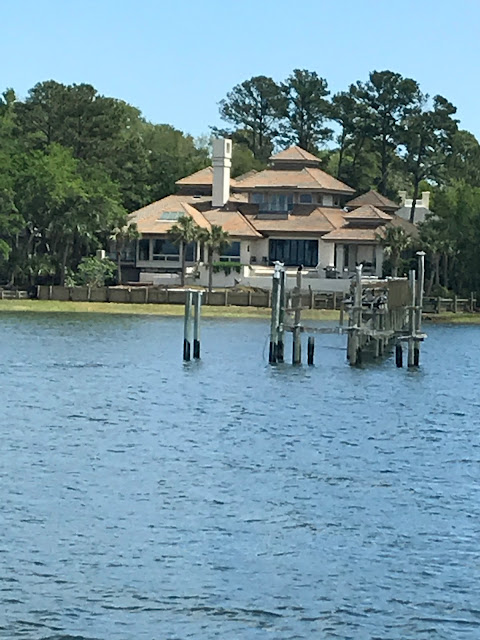 A house along the way 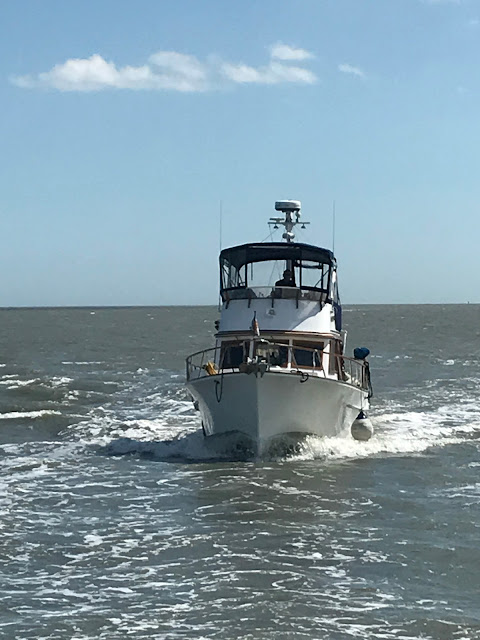 Our traveling buddy today, Captain Mike in Dash Away 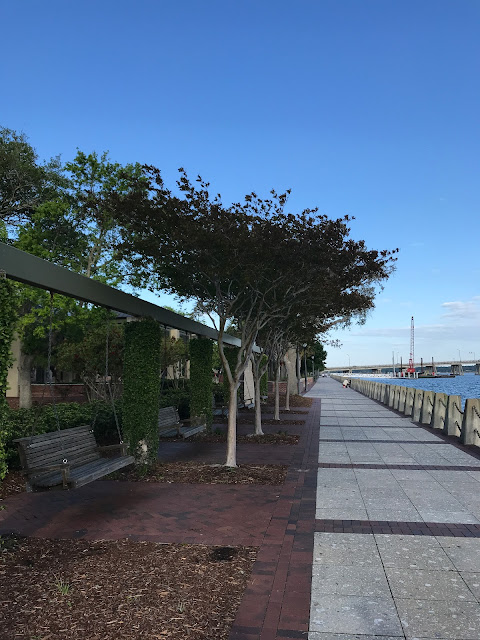 Along the Sea Wall at Beaufort, SC 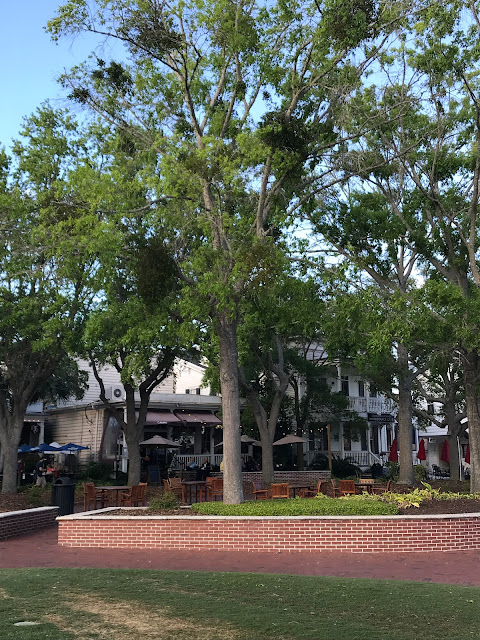 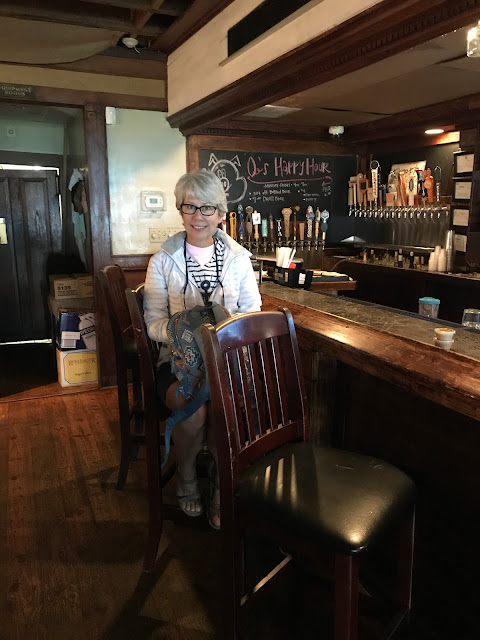 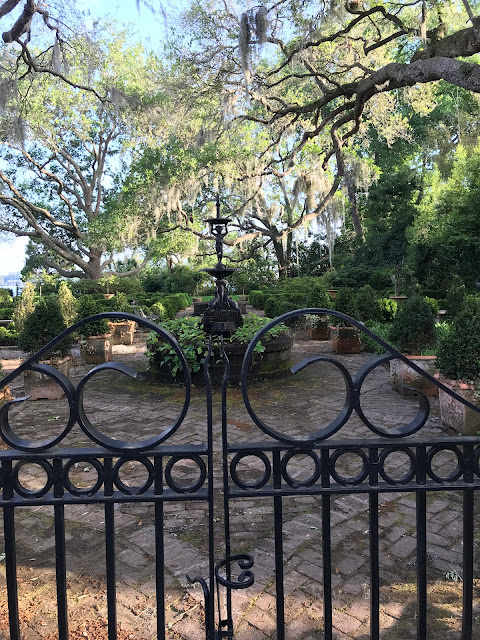 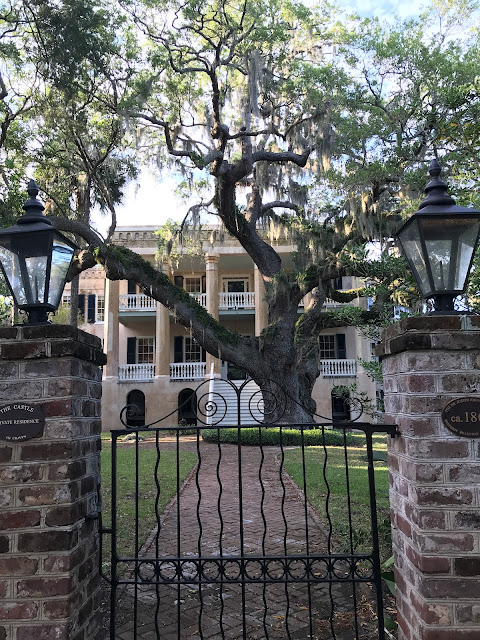 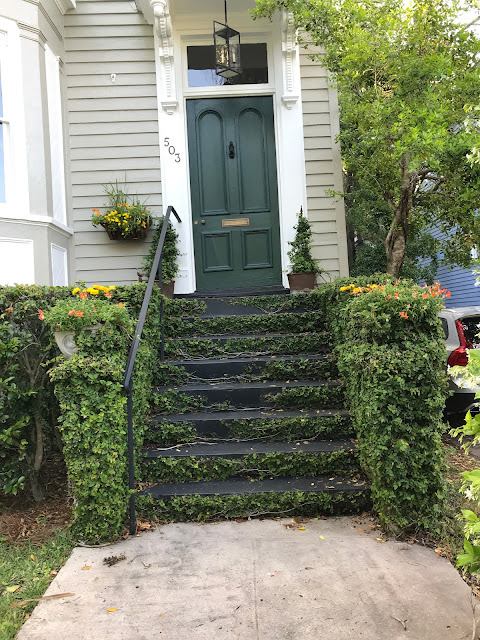 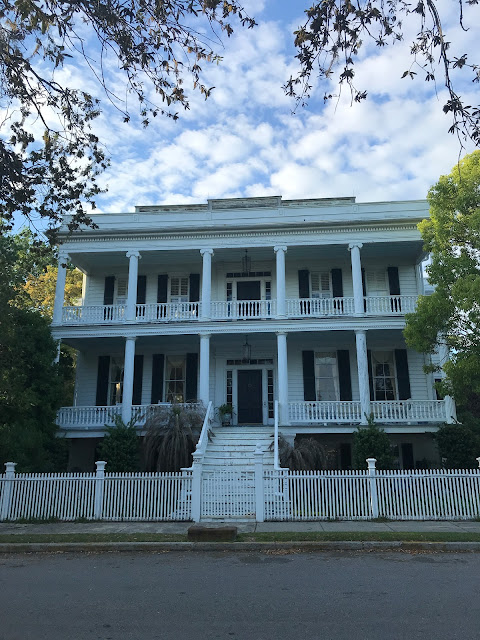 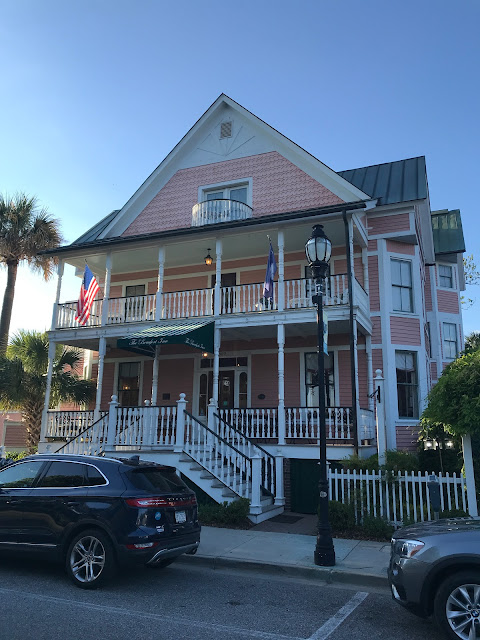 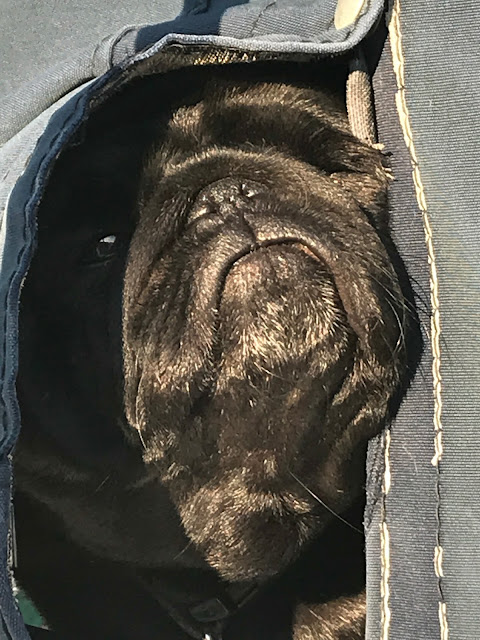 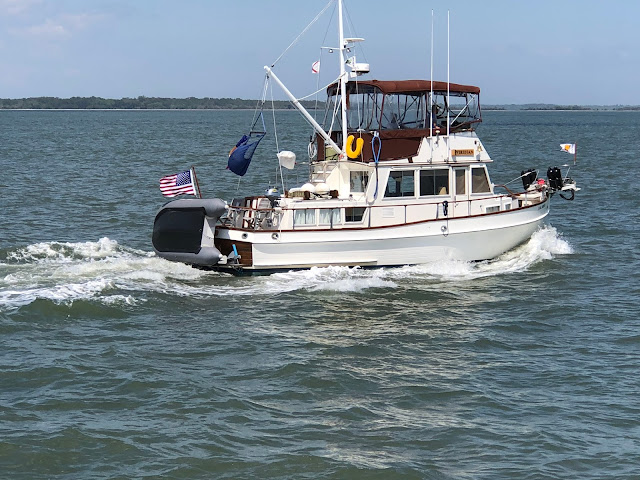 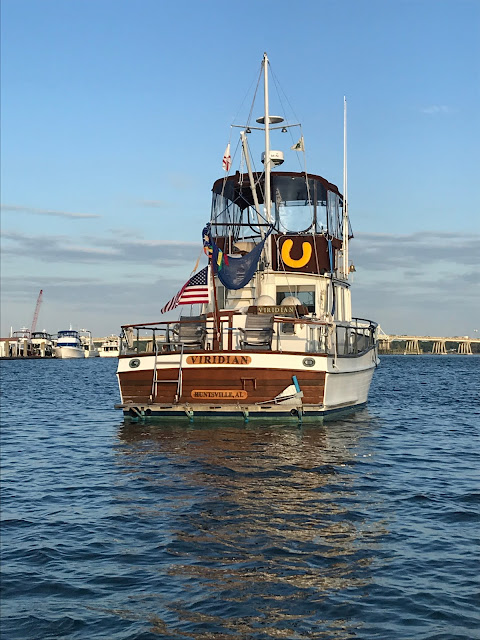 Hanging on the Ball at Beaufort Marina, SC 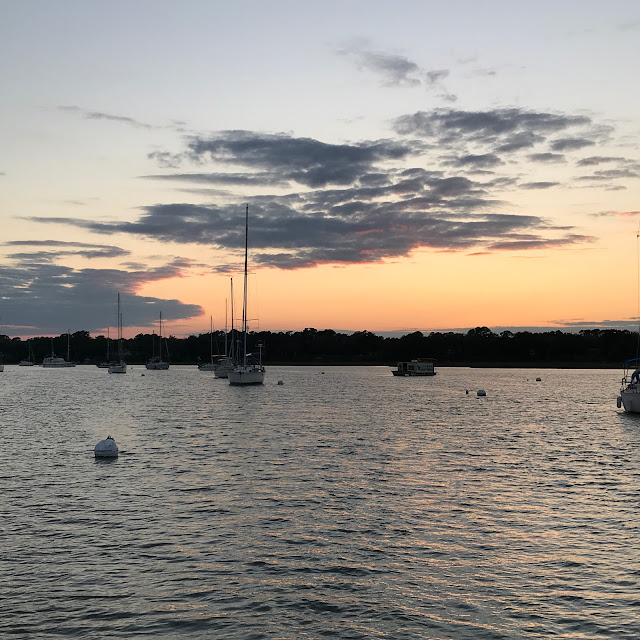 Sunset At Beaufort, SC
Posted by George Sanders at 8:27 PM