We were glad to have been able to spend 4 days in Beaufort, NC.  The weather was not fit for traveling since the winds were so high but it was a good time to rest up a bit and explore another great town in America.  The staff at Beaufort Yacht Basin bent over backwards to make sure we had a good experience at their dock.  Bobby gave us free access to his pickup truck and was always cooking something in the ship's store for us to eat.  The downtown area along Front St. was dotted with houses from the 1700's and had the feel of an old seaport.  Great place to step off your boat and unwind.

Today the Looper flotilla of Viridian, Dash Away and Second Wave departed at 1230 for a northward cruise 34 miles to River Dunes Marina, NC.  Leaving the port in Beaufort, NC we took the northern channel that merged into the AICW and headed into the wide Newport River.  The channel necked down and flowed into the Adams River and took us15 miles past marinas, homes and natural river banks until it spilled into the mighty Neuse River. 15 miles Northeast on the Neuse River took us past Oriental, NC and into the Broad River where Viridian dropped the hook and the other two boats found a slip in the River Dunes Marina.  There were three other boats, two cruisers and a sailboat, anchored along the channel with us and the crew of "Horizon Chaser" dinghied over to meet us and invite us to a shrimp boil at the marina where our travel partners were docked.  After the first mate coordinated a plan, we dinghied over to the marina  and explored the resort-like facility that sits in a remote area like a lost jewel in the woods.  Inside the event center we walked on heart pine reclaimed lumber that looked like it had been sawed by a waterwheel powered sawmill back in the day.  All of the interior was constructed of distressed looking reclaimed lumber and we followed the natural pine stairway up to the dining area that overlooked the manicured harber below.  The waitress brought out our "Frogmore Stew" and we all had a lowcountry feast.

The night came late as we sat around a firepit and listened to the whippoorwill calling and enjoyed n evening without wind.  The mosquitos finally drove us back to our boats and the crew of Viridian motored back through glass smooth water to board our ship sitting still under its yellow anchor light.

That's the new and here are some views: 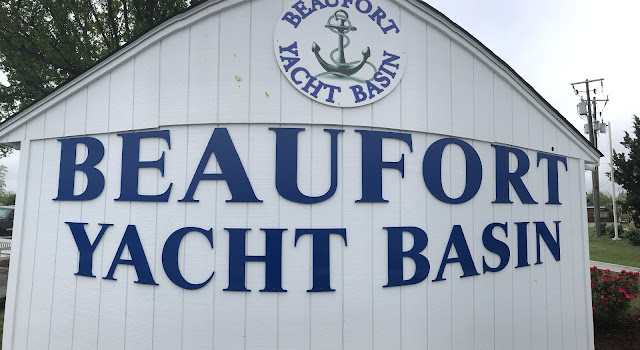 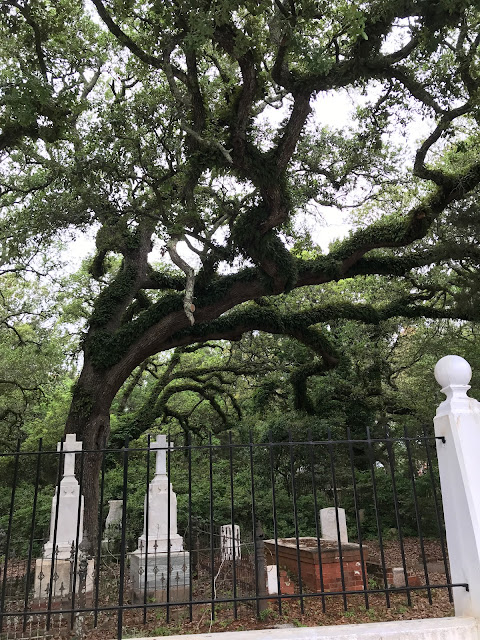 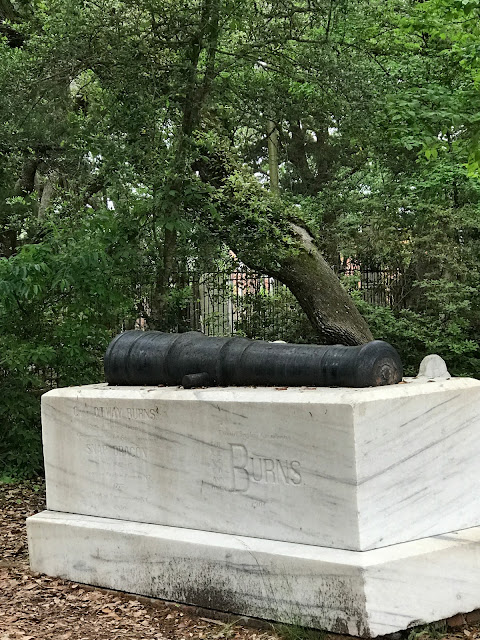 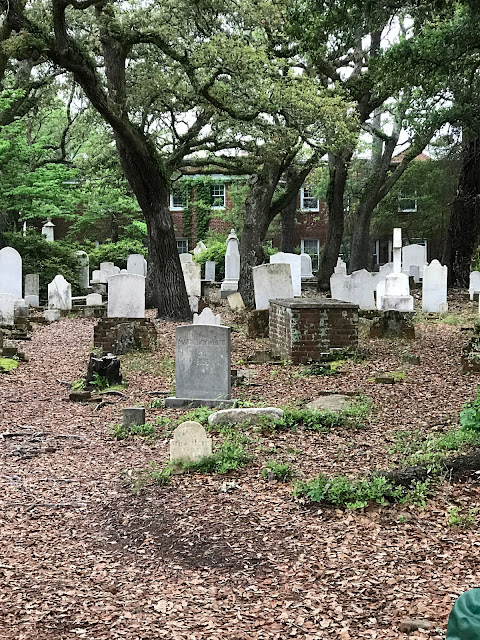 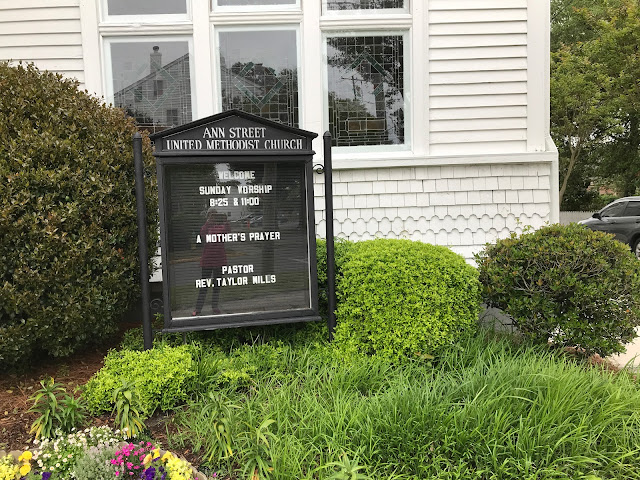 The siding on this church caught my eye 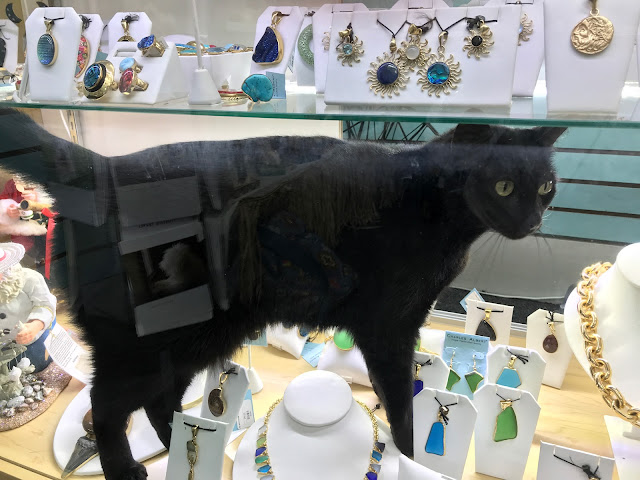 When I went in this little store, I was greeted by two black cats.  One was a little cautious and the other one was very affectionate and even liked being held.  The cats have lived  in the store since they were 4 weeks old and they are 4 years old now.  The cautious one carefully explores the jewelry case when he finds the door open and he doesn't knock over a thing!

Heading North on the Adams River 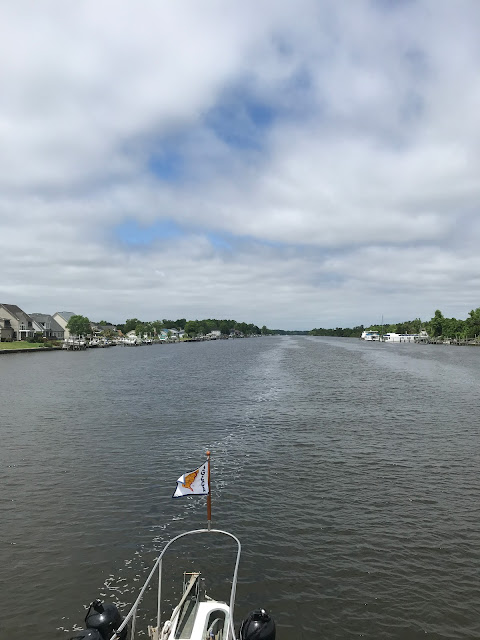 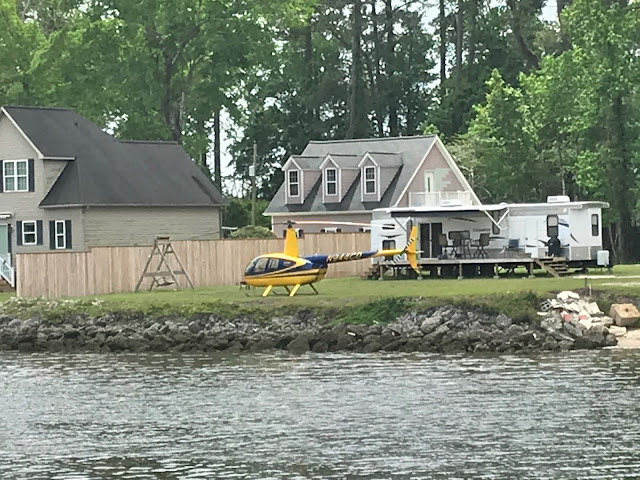 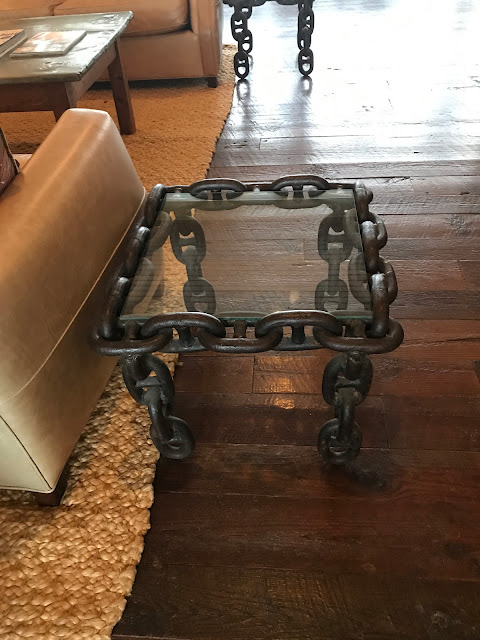 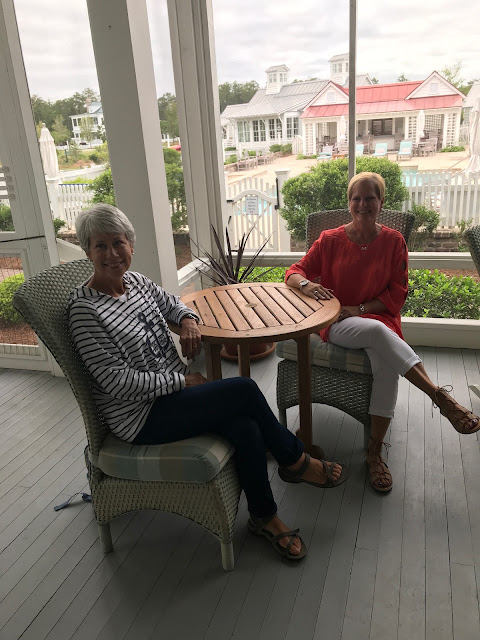 Admirals of Viridian and Second Wave Captains of Second Wave, Dash Away and Viridian 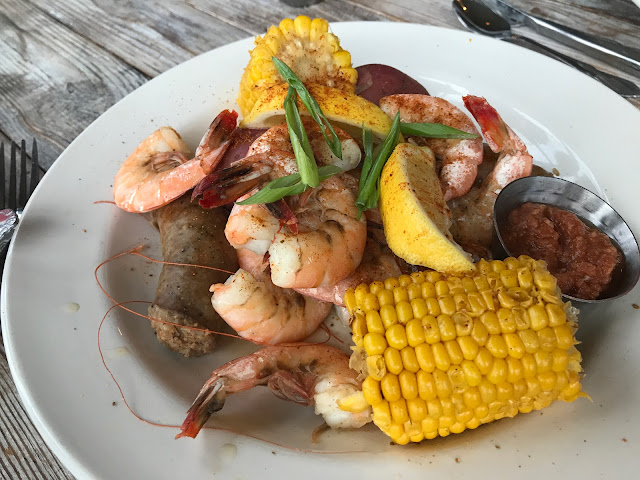 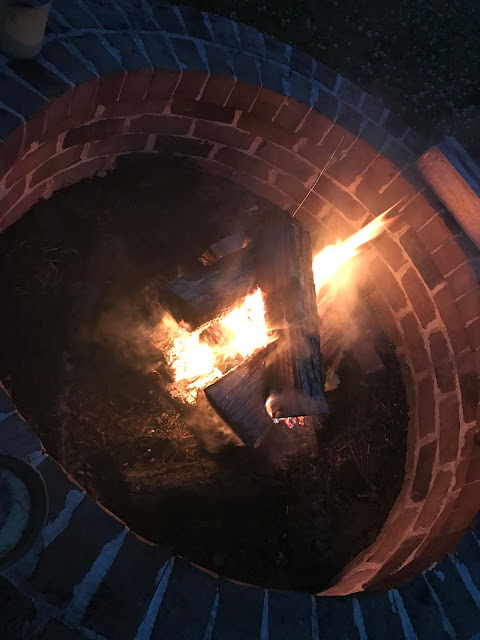 Taking off the chill around the fire pit
Posted by George Sanders at 6:19 AM