One Day in Delaware

Thick fog covered the northern end of the Chesapeake this morning and was threatening to make our 0930 departure a no-go.  Although this trip was only 27 miles long our window of opportunity was very narrow.  The tide and current all had to be timed along with our cruising speed in order to be able to take advantage of the positive aspects of each.  In other words, there needs to be enough water to get out of the marina,  the current needs to be running eastward in the C&D canal, we need to arrive in Delaware City Marina at close to high tide to have enough water and no current and our overall speed needs to be such that all this happens on both ends.  All this timing of events is fairly straightforward but the start time is crucial or it all collapses and conditions become less than optimal to not doable.

At 0930 there was about one mile visibility and the fog was lifting slowly so our four boat flotilla idled out of the marina watching our depth sounders, AIS and radar were turned on and we made our way out of the mouth of the Bohemia River toward the Elk River channel.  There were some skinny spots along the route but just enough water to clear them and by the time we got to the channel markers and turned into the deep C&D waters there was a good mile and a half of visibility and no sign of traffic along the 17 mile  C*D canal.

Our speed jumped to a steady 10 mph and we navigated the ditch, crossing into the state of Delaware, all the way eastward to the Delaware River.  Once there we called the marina for instructions on how to enter the Delaware river, travel north and then turn back west into the narrow channel that leads to the marina.  The current in the C&D canal was approaching slack tide by the time we got to the Delaware, but the current in the Delaware was running strong.  When we turned west into the marina channel we had to pass upstream of a day marker dolphin structure no more that 30 feet upstream and maintain a straight line off the river and into the channel to avoid running aground.  A healthy crab angle was necessary to accomplish this while staying on the throttle long enough to clear the river current.

Once in the canal the current was on our bow but weakening because we had come in at high tide and it was in the process of turning giving us a calm slack tide while docking.  Once all four boats had docked, the dock master informed us that as soon as the tide started running again in the opposite directions, he would spin our boats around so that they pointed out for our departure in the morning.  This procedure was performed by one dock hand by untying the stern line and pushing the stern out and into the chanel and the current did the rest. The bow line was cleated off and the boats rotated 180 degrees and came to rest pointing east.

There are some technical aspects of cruising the Loop, if not considered, that can make the difference in a good day or a bad day.  Today was a good day and having the tools available to plan around the natural ebb and flow of the waterways makes this trip challenging but fun at the same time.  As we are constantly moving each day is a new problem to solve with many variables to consider.  It's just one of the things that makes this trip an adventure. 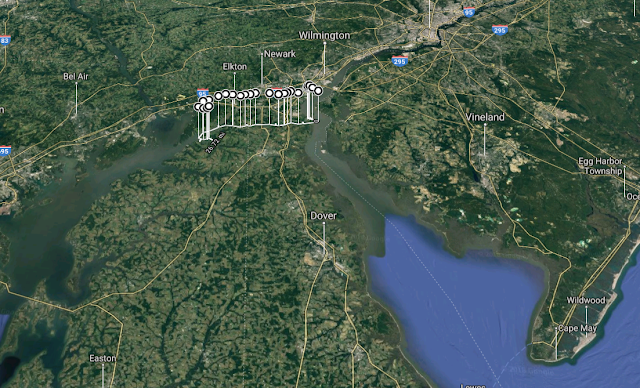 Today's Route through the C&D canal to the Delaware River 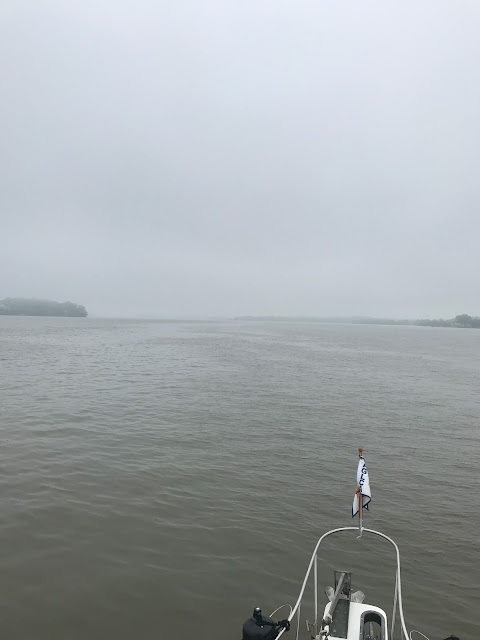 Entering the C&D (Back Creek) from the Elk River 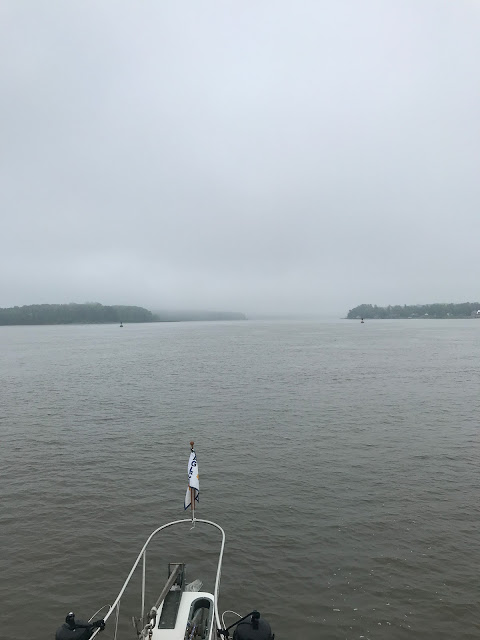 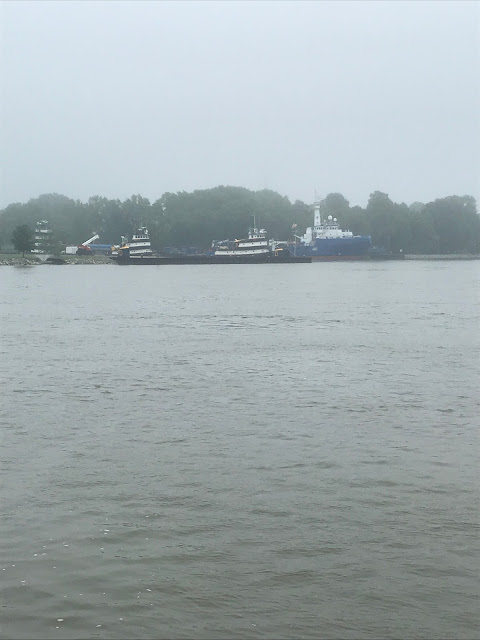 Work Boats Docked along the C&D 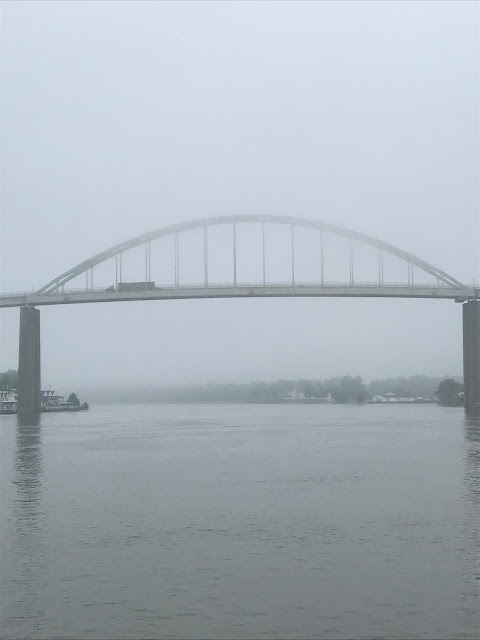 One of a hand full of bridges spanning the C&D 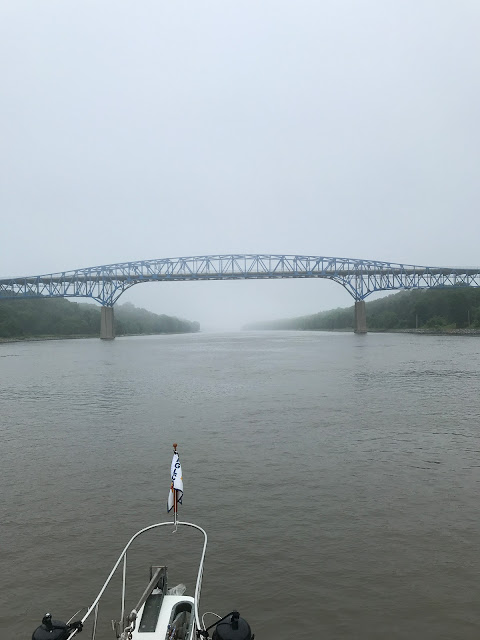 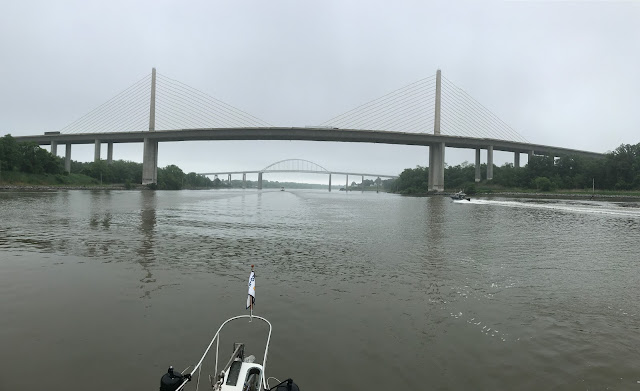 The Delaware River is just beyond the last bridge 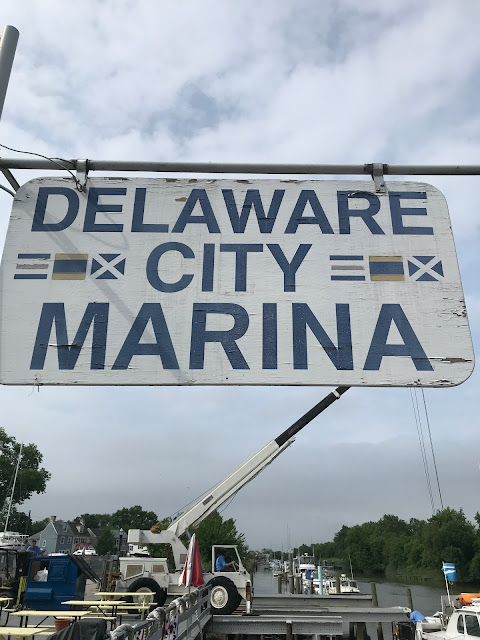 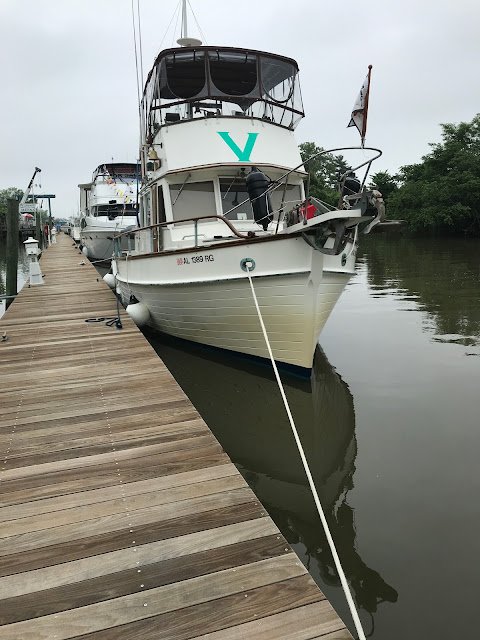 Docked along the pier at the marina in Delaware 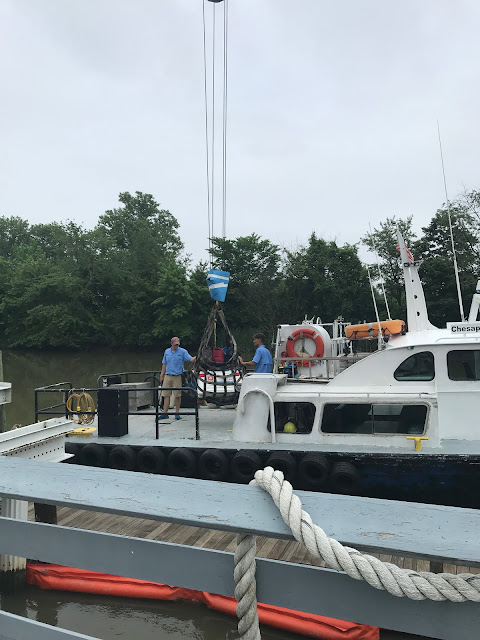 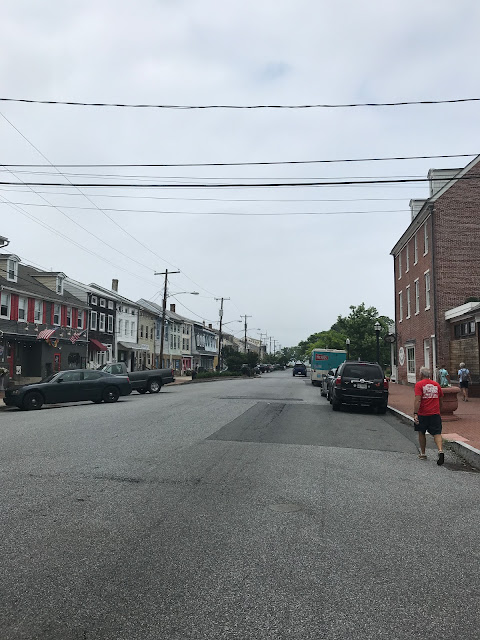 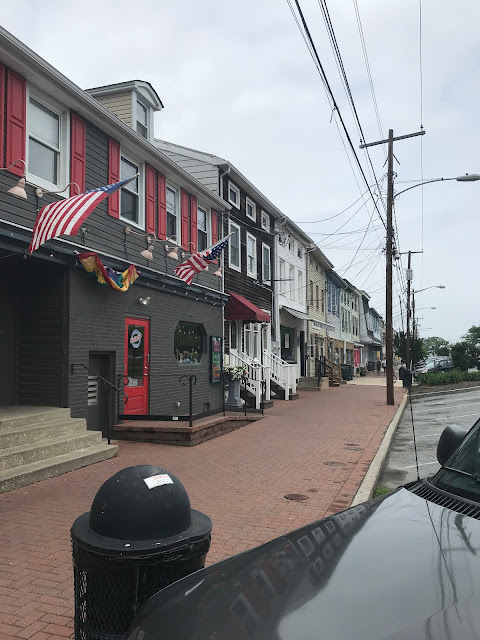 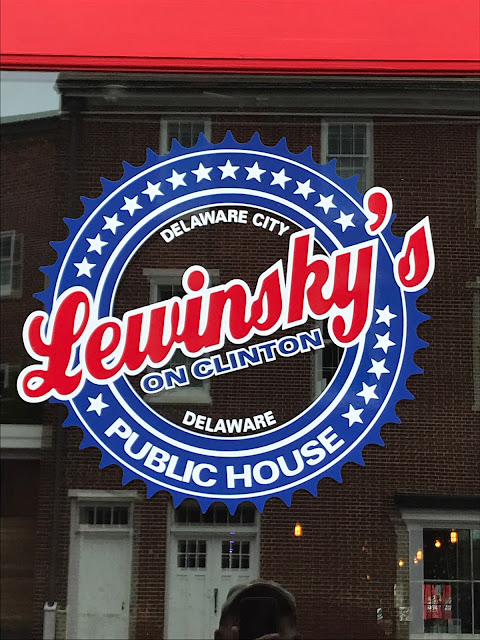 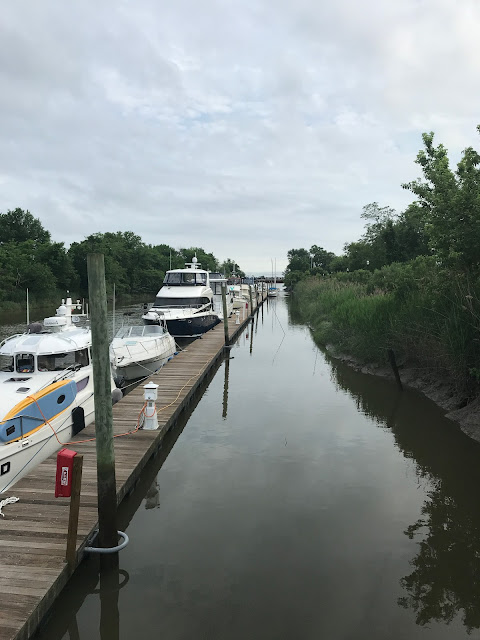 All boats heading east
Posted by George Sanders at 3:57 AM