Sunrise in Awendaw Creek, SC was as spectacular as the moon rise last night.  The moon came over the Atlantic Ocean horizon as red as the sun.  It climbed into the starry night sky to the calls of Whippoorwills in the marsh and the sloshing of the tidal current against the hull of Viridian.  Sunrise followed with brilliant red colors that highlighted the fins on dolphins as a large pod swam next to the water's edge chasing their breakfast.  It was a good night anchoring in Awendaw Creek and anchors were pulled up at 0750 and Viridian, Dash Away and Second Wave idled back out to the AICW and made our way north toward Georgetown, SC.  High tide was at 0930 this morning so we would be traveling during the last half of the flood tide and the all of the ebb tide cycle.  This would guarantee we had as much water under us as possible and allow us to arrive at our destination during slack tide.

The route took us from Awendaw Creek at Bull's Bay past McClellanville and the Santee Coastal Reserve.  Then across the South Santee River at Goat Island and into the Fourmile Creek Canal.  Fourmile Creek crossed the North Santee River and lead us to the Duck Creek where we passed Kinlock Island on our way to Estherville Minim Creek Canal.  The Great Pee Dee River and the Waccamaw River merge together at Georgetown and make the Winyah Bay that flows into the Atlantic Ocean just southeast of Georgetown, SC.

Docking at Georgetown T-dock was a breeze.  We just pointed the bow parallel to the dock and the breeze carried us right into our dockage.  Once tied up the crews of Viridian, Dash Away and Ocean Star haled a taxi, that happened to be a quad cab pickup and went to Walmart for provisions.  (The crew of "Ocean Star" is from Ketchikan, Alaska)  We didn't need much in the way of food stuff but we have been thinking a couple of Huffy fixed gear bike would simplify our shore transportation needs somewhat in the coming months so we took advantage of the pickup taxi and purchased two new mobile devices and brought them back to the marina.  After adjustments were made to fit our bodies, we rode them into Georgetown with Captain Mike of Dash Away and met the crew of Second Wave for dinner on the Dockwalk and ice cream dessert.  On the way back to our marina we rode our bikes thorough the old neighborhoods of 300 year old homes of Georgetown, SC.  The live oaks here were just as impressive the way they grew to cover the street from both sides making a dreamy tunnel of huge limbs and moss covered branches. 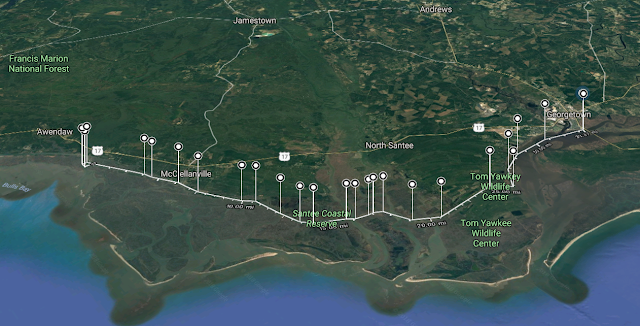 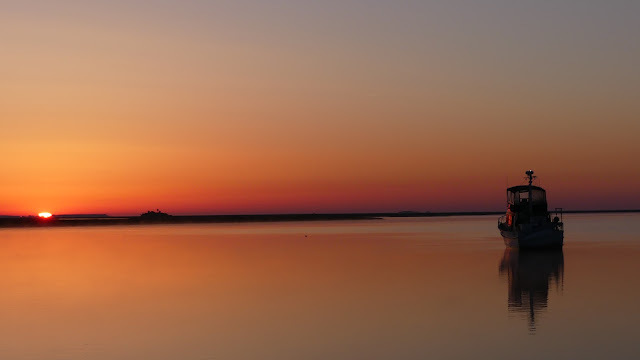 Sunrise no Awendaw Creek, SC - Dash Away as seen from Viridian 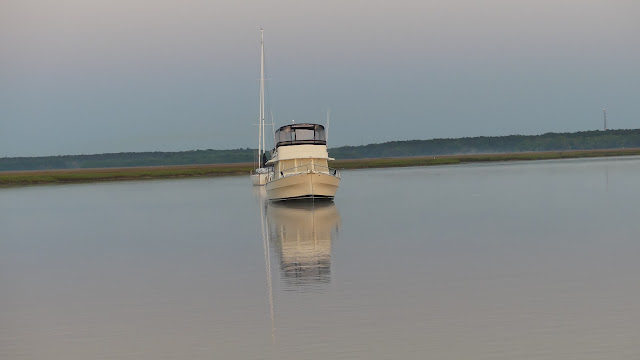 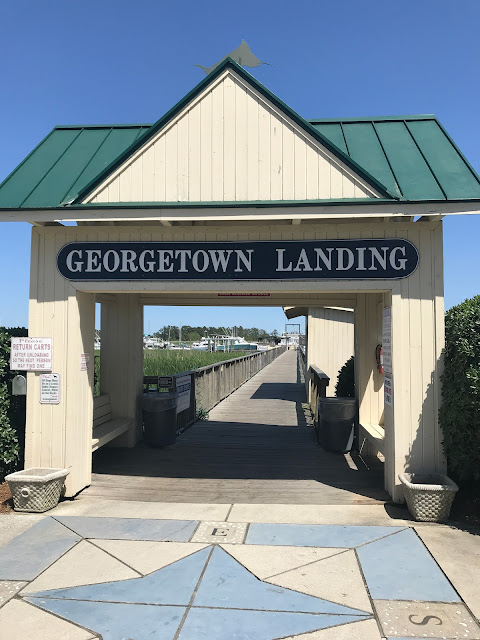 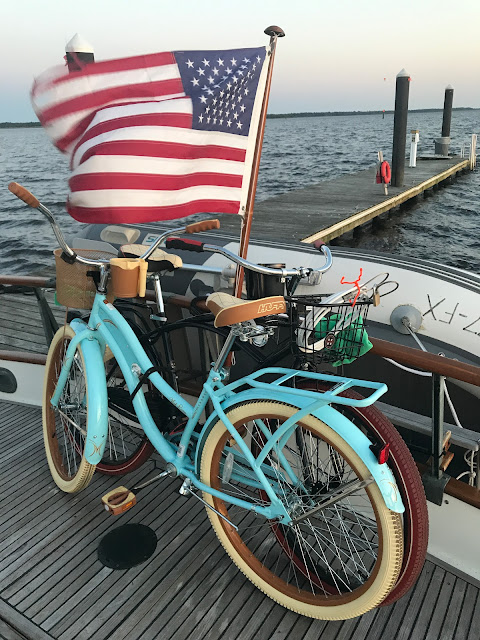 Finally decided to get some auxiliary mobile devices
Posted by George Sanders at 8:34 PM