Another foggy morning start put us on glass smooth water as we steamed 35 miles northeast toward Rock Hall Marina, MD.  The only waves on the Bay were from our wake and the wakes of the few boats we saw on the water.  The visibility was about 7-10 miles and a light fog covered the distant shores.

As we made our way north we began to see large tanker ships lining the channel emerge from the fog.  We calculated that they were all anchored waiting their turn to go into Baltimore, MD to load or unload.  We decided to deviate from our charted course to pass to the south of the tanker line and run up the eastern side between them and the bank.  It took an hour or so just to pass all the ships as we made our way to the Chesapeake Bay Bridge that spanned the narrow northern section of the Bay.

Passing under the bridge we  heard two different foghorn tones blasting from somewhere out of the middle of the bridge.  This was a new experience.  The fog seemed to thicken to the northwest but we turned eastward to make our final approach to the marina.

As we came around Love Point there were dozens of fishing boats anchored in the still water.  Too thick to pass through them we went north of them and turned toward the bank and picked up the approach channel that ran parallel to the eastern shore of the Chesapeake.

A 90 deg port turn into the channel  gave us a view of the water with fog and clouds in the background.  The color of the clouds and fog reflected on the still water and gave it the same color, totally erasing the horizon line between the water and the sky.  The #3 marker buoy appeared to be hovering in the air and gave me a very disorienting feeling as there was no fixed reference to relate to.  I had to look over to the bank to get my bearing and break the vertigo spell.  The approach into the marina area was kind of sketchy as the dock master had to direct our turns inside the jetty to avoid running aground in side the marina.  We followed his instructions and made it into our slip alongside the face dock where all transient boats stay.

The bikes were taken off and we made a run into town to West Marine and the local grocery store for a few items then came back to Viridian to get a little rest.  We all met at 5:30 PM at the Waterman's Crab House for another fabulous seafood meal.

Will be moving on tomorrow to our last stop on the Chesapeake Bay waters.  Then it's across the C&D canal and down the Delaware River to Cape May to begin making our way to New York Harbor. 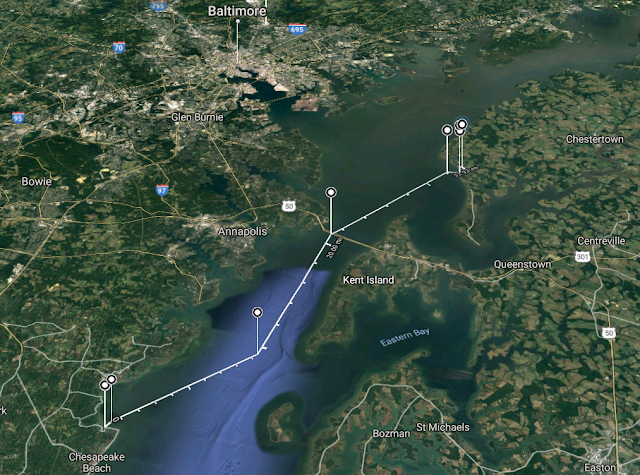 Today's Passage North on the Chesapeake 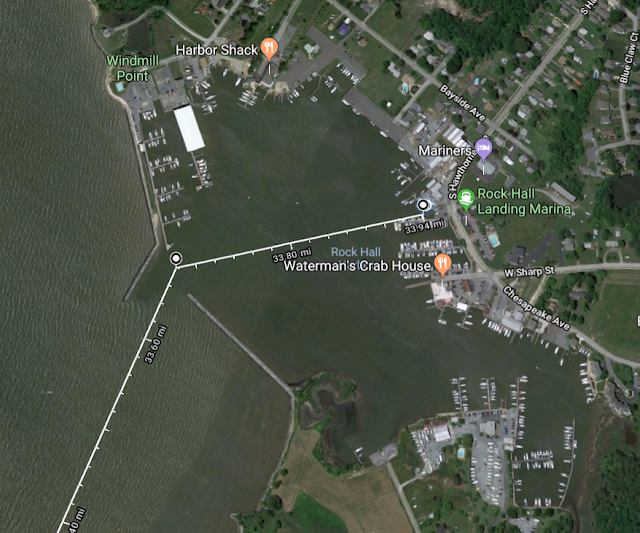 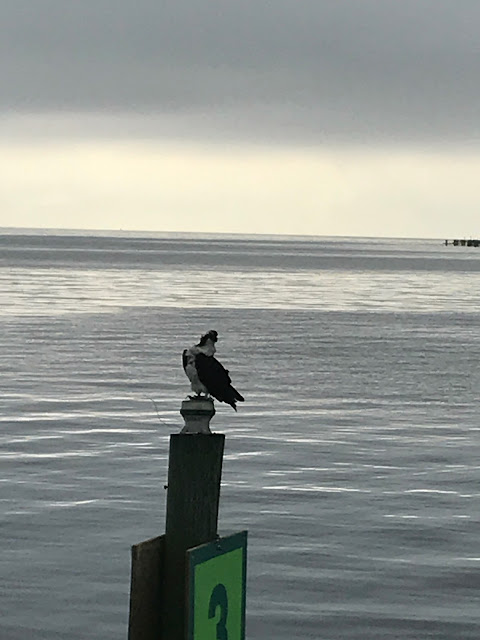 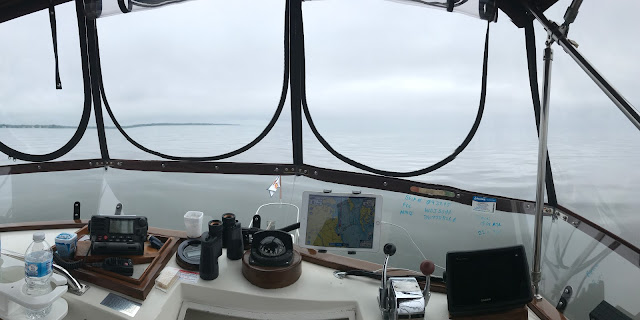 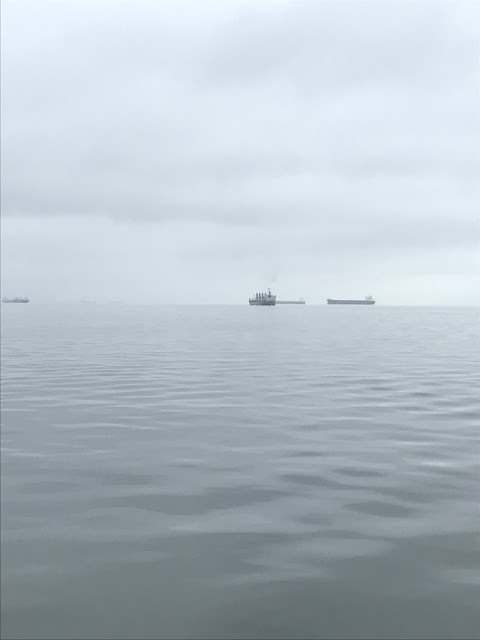 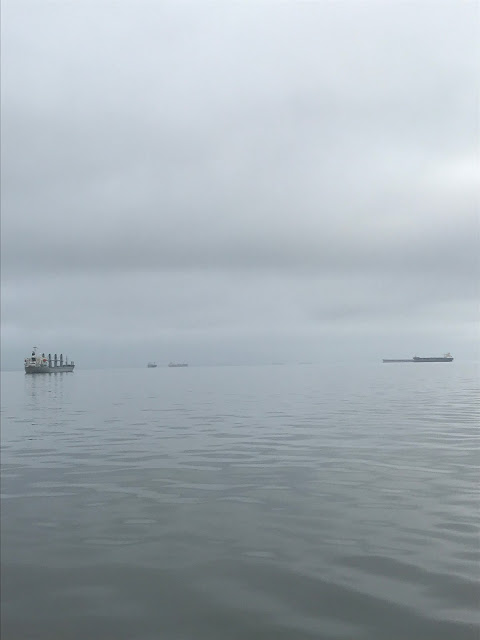 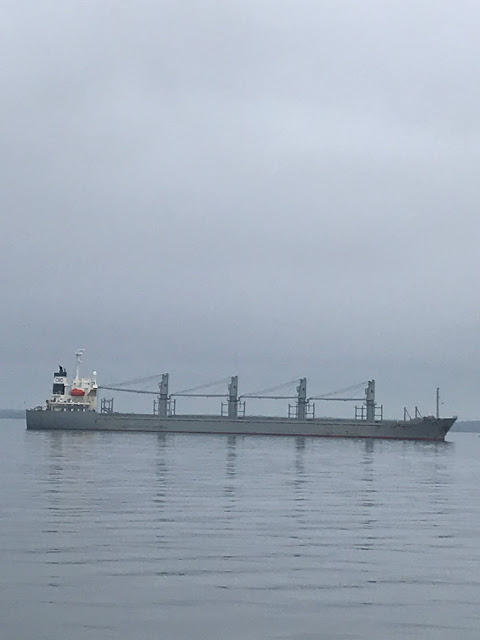 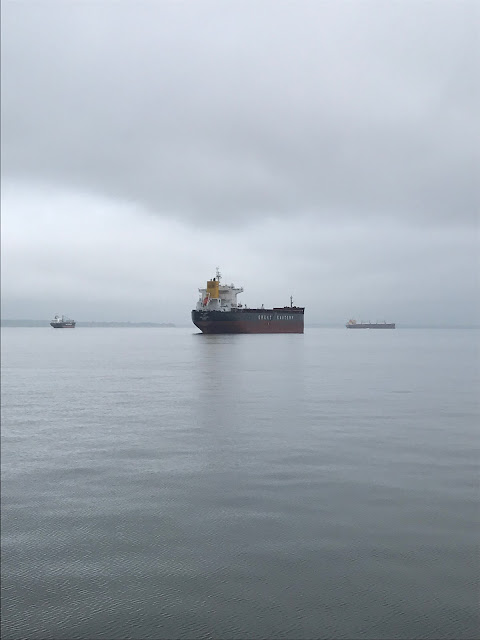 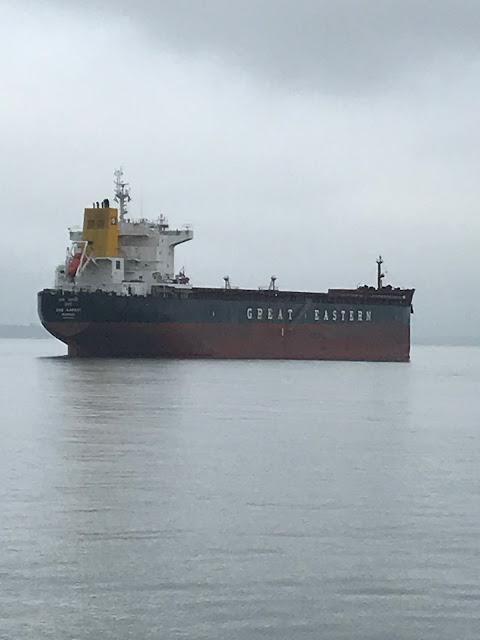 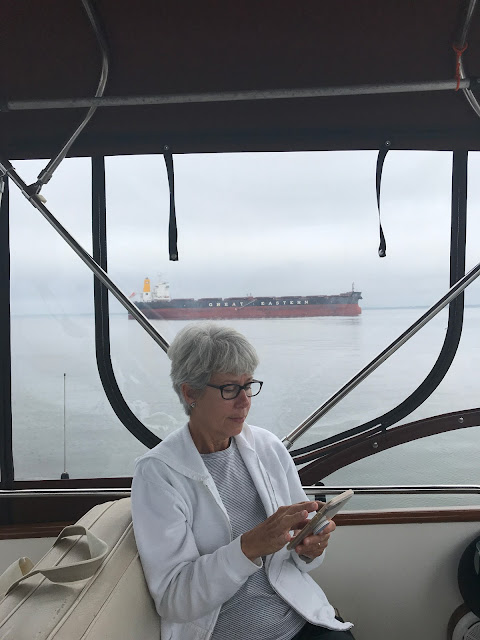 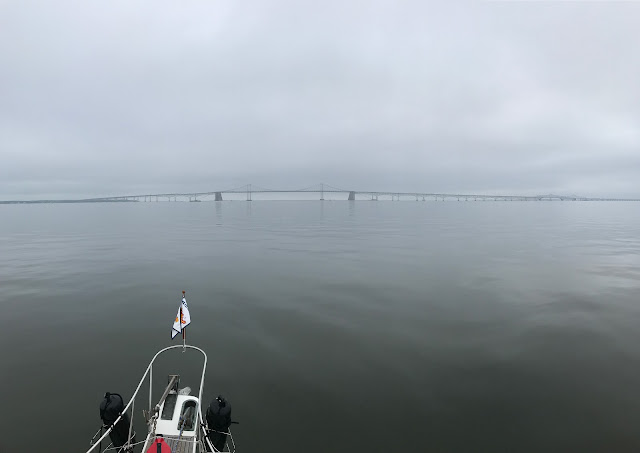 Posted by George Sanders at 8:53 PM