Crawfish Breakfast, Beavers on the Grid and a 3 Hour Swim

Woke up this morning by a bright moon shining through the open hatch above the berth. It was about 0400 and soon the sky started to get light. I grabbed the camera and opened the salon door and started the coffee. It took only a few minutes until I heard the Loon call, this time with a funny, laughing cackle different from the evening mournful call. There were two adult Loons and one half grown chick making their way along the shore of the island directly in front of where we were anchored. The two adults were diving and looking for food and bringing it to the young Loon to eat. I snapped several pictures at maximum zoom and caught an image of what they were eating and feeding the youngster. Apparently one of the things on a Loon's diet is crawfish. The picture clearly shows a crawfish in the beak of the adult and he/she is offering it to the youth.

The coffee was soon rendered from the drip funnel and found its way into my cup and down the hatch. The First Mate soon arose from the Captain's Quarters and sat with both hands wrapped around her coffee cup watching the Loon family forage along the bank beside Viridian. Across the narrow lake a flock of geese cruised southward no doubt looking for food too.

A bright, sunny day rolled up and we got ready to scrub the scum line from around Viridian's hull at the water line. This would require getting into the water and physically scrubbing the junk by hand. A life jacket was modified to create a floating chair to hold the washer in an upright sitting position while holding onto dock lines that strung from stem to stern along the outside of the hull. A scuba mask and snorkel was used to get under the hull and to places far below the waterline. This job took about 3-4 hours to complete. The port side was done first since that was where the sun was shining. After lunch the starboard side was done once the sun moved to that side. The water was cool and it took a while to get warmed back up by sitting in a deck chair directly in the sun. However, it was refreshing to spend that time in such clear, clean water and the wash job made Viridian look like a new boat. This is not a one man job the way we did it. Without someone handing me the things needed to clean the hull and helping with all the positioning gymnastics required to pull this job off it would be very difficult at best if not dangerous.

By the time we finished it was about 1400 so we pulled up the hook and headed for the 15 mile cruise to Sportsman's Inn and Marina in Killarney Ontario. Our cruising buddies left about mid morning so we had the whole lake to ourselves for the day. It was hard to leave such a beautiful place but the cruise down the fjord after leaving Mill Lake was just spectacular. The deep, narrow channel was contained by granite walls on both sides, beautiful forest and interesting formations around every bend. We saw only a couple of boats along the fjord and when it opened up into the Georgian Bay we were still alone as we cruised 4 miles at 6 kts over the smooth, deep viridian water that lead to the canal across the bend that took us to our marina.

At about 1630 we met up with the crew of Miss Norma, Gypsy Spirit and Dash Away, who had been docked since lunch, and walked over to Herbert's Fish & Chips restaurant. Good times with good friends as we make our way past the 46th north latitude on the ragged edge of the northern frontier. 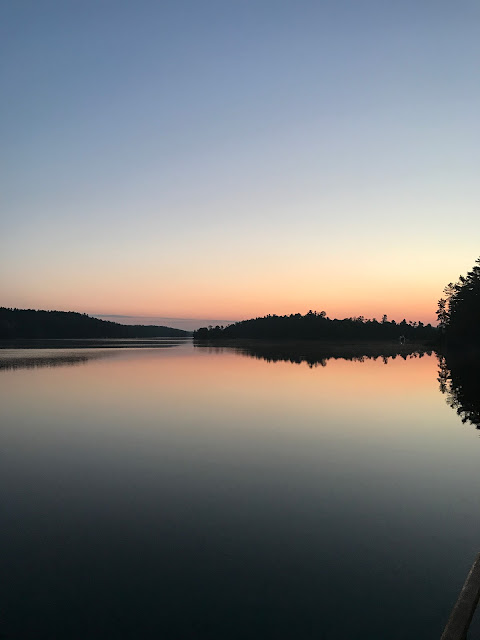 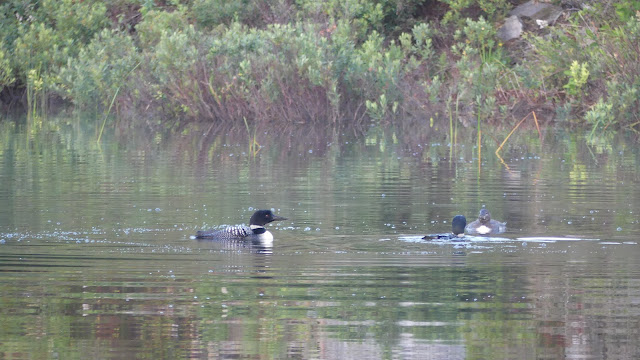 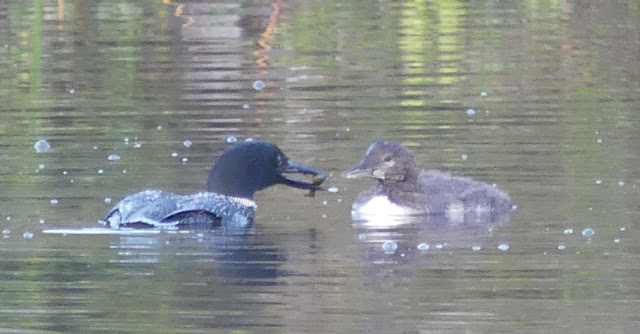 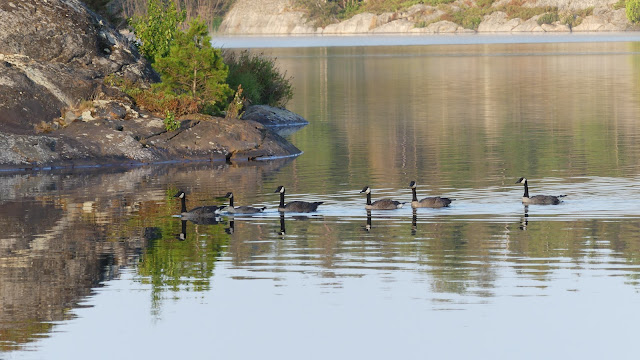 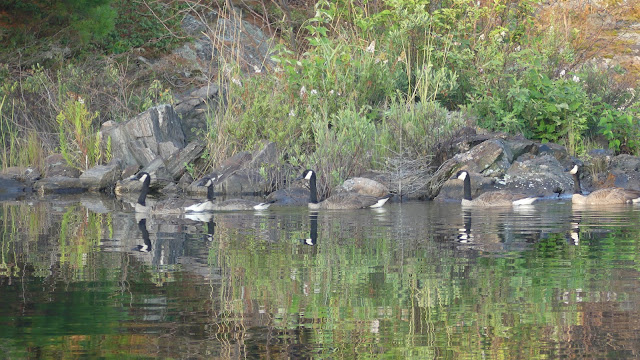 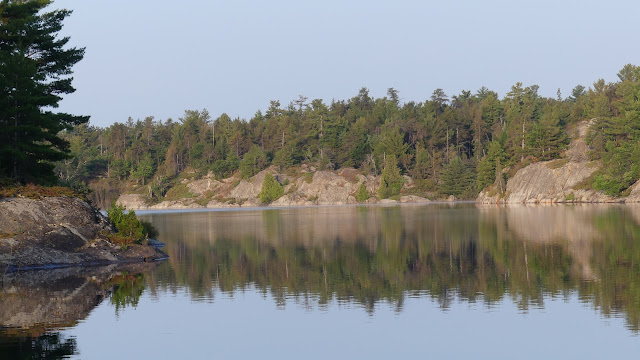 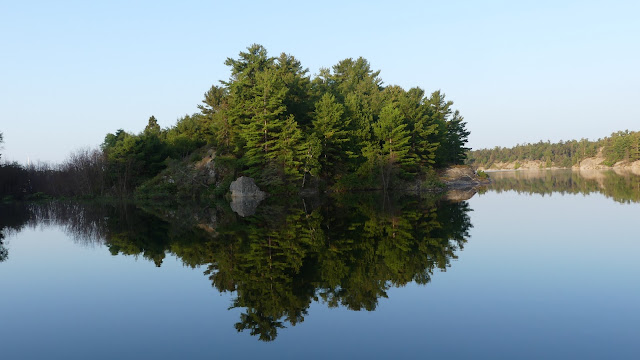 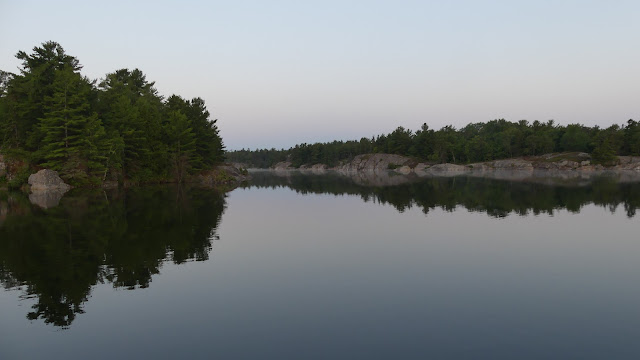 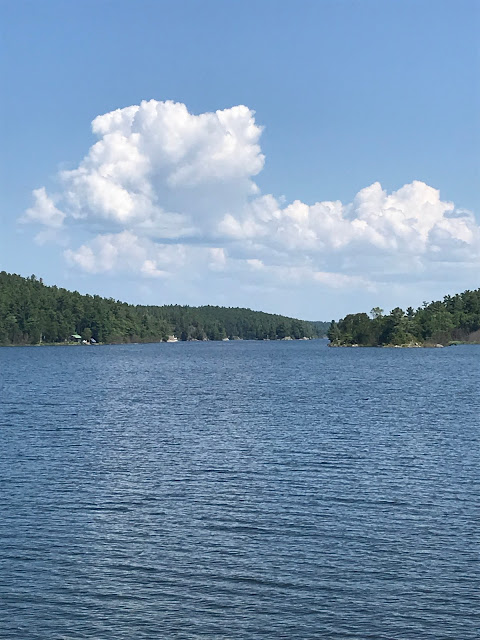 Time for a hull cleaning 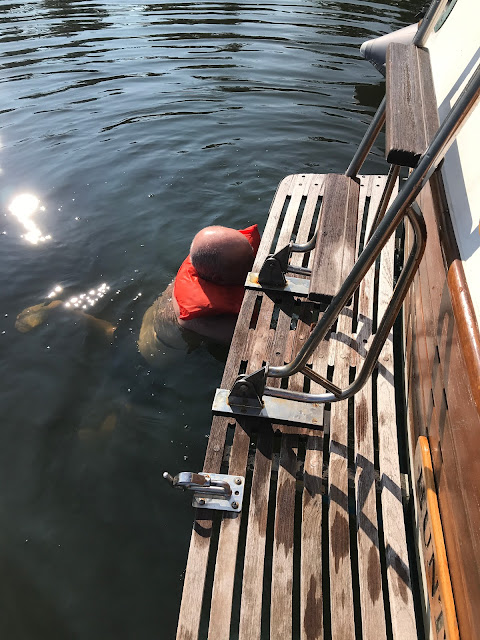 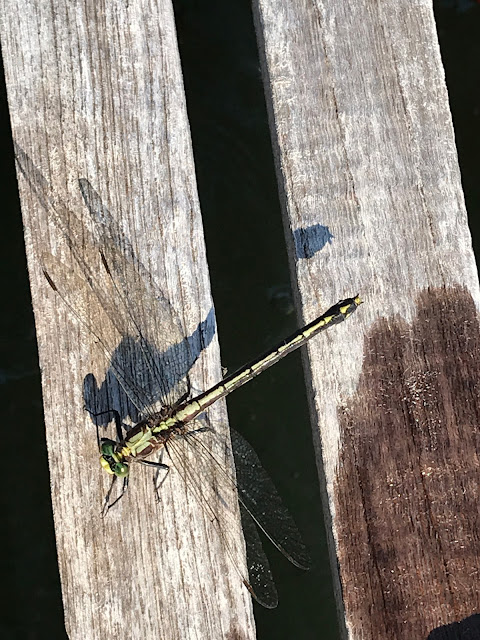 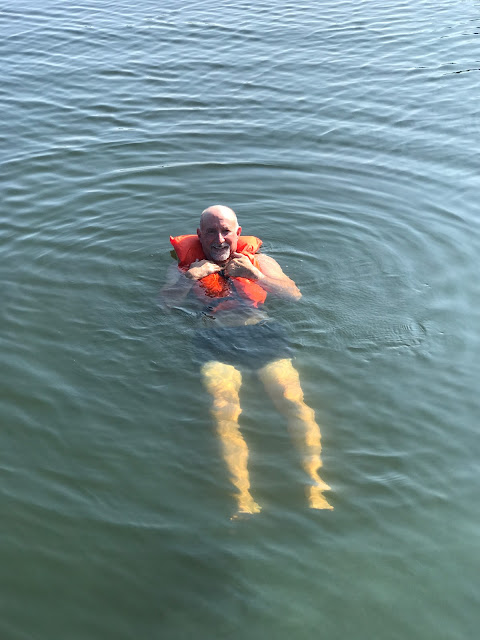 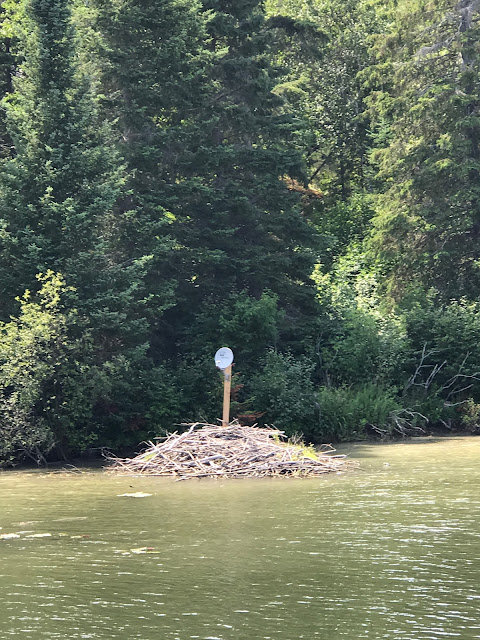 Beaver goes digital in the 21 century 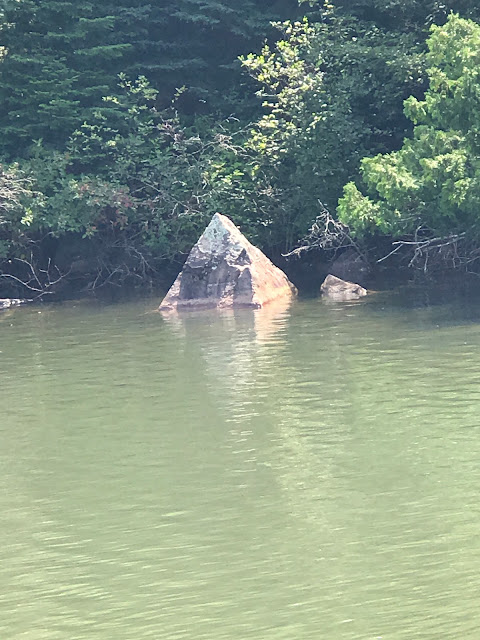 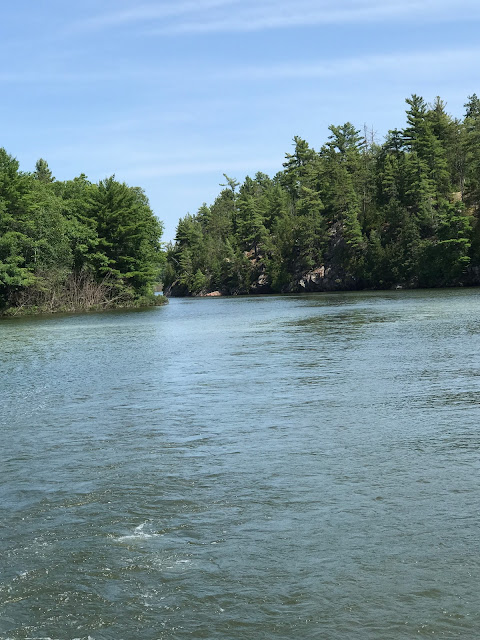 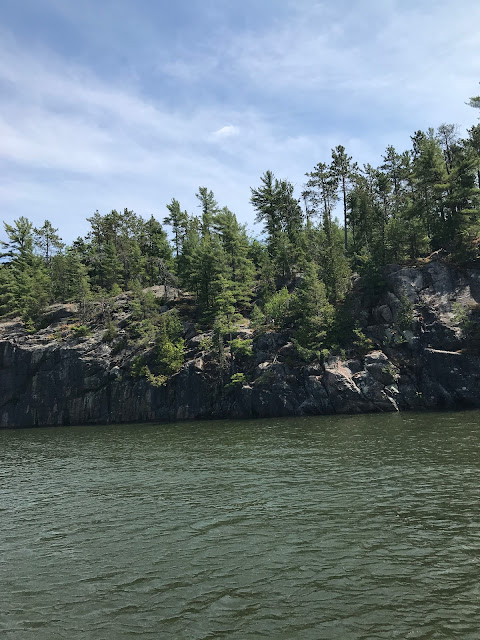 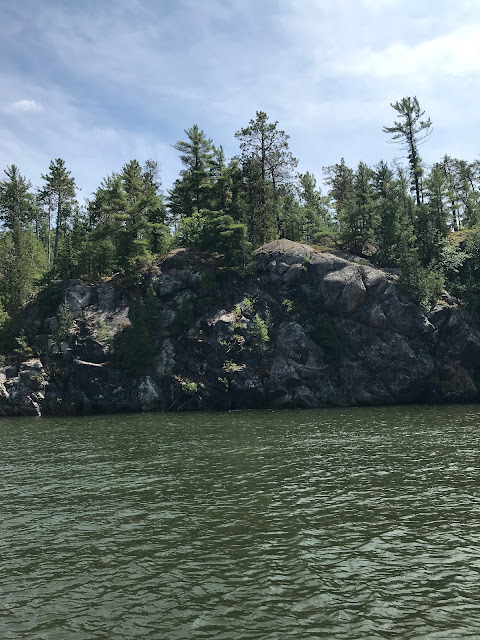 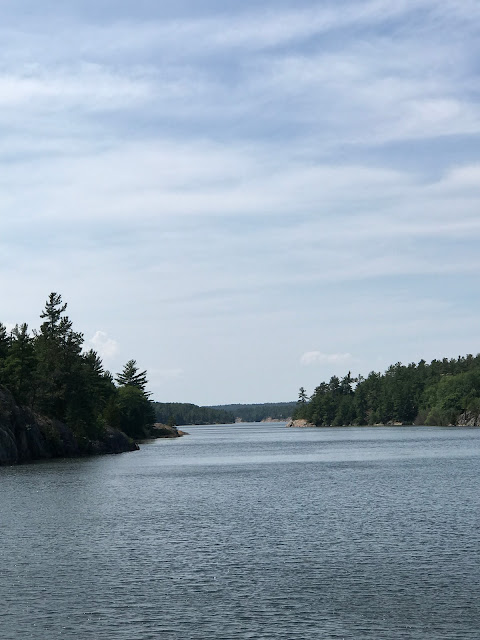 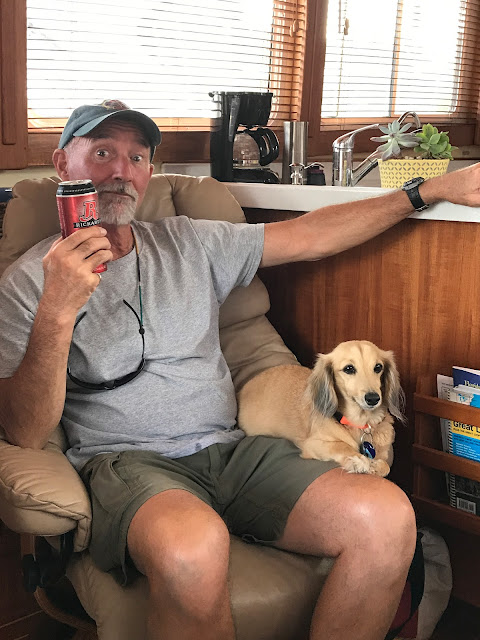 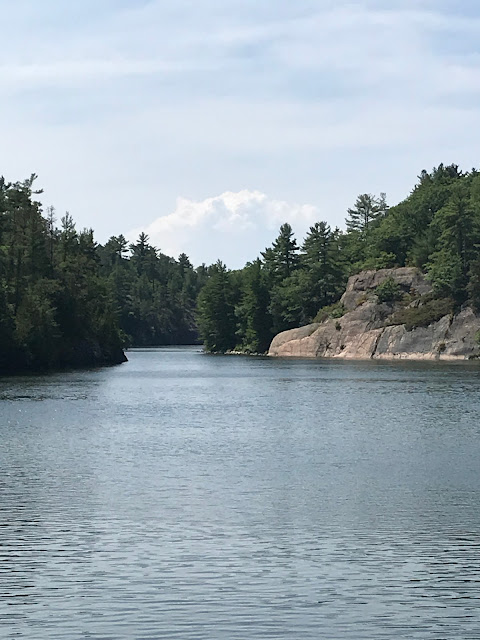 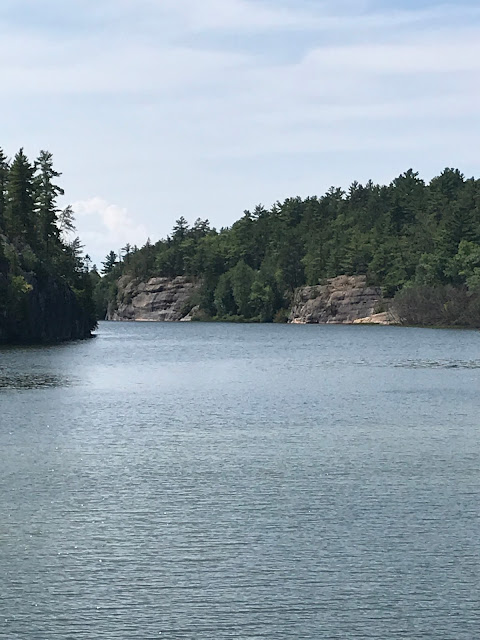 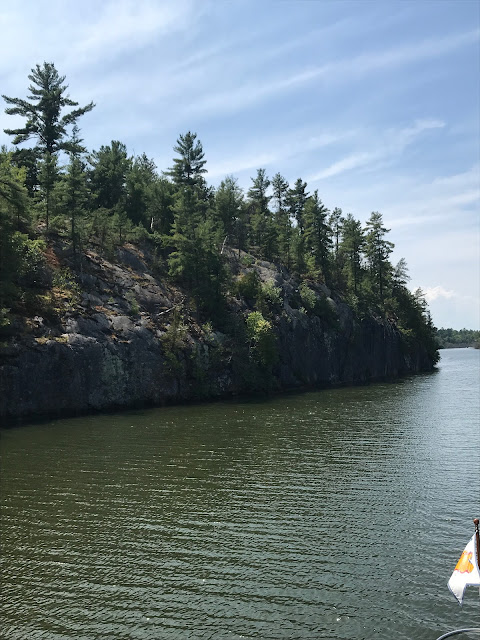 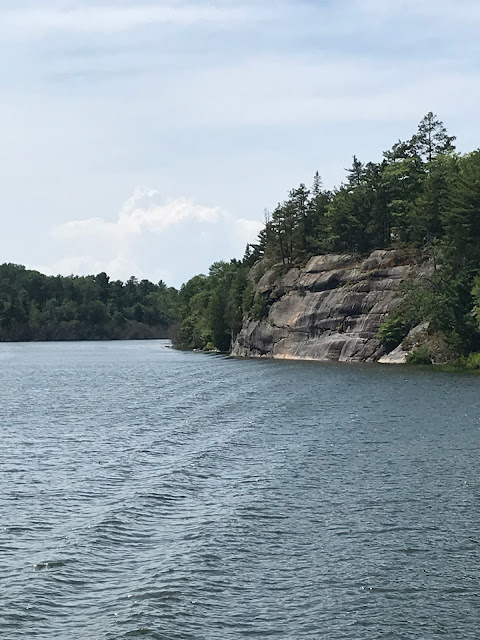 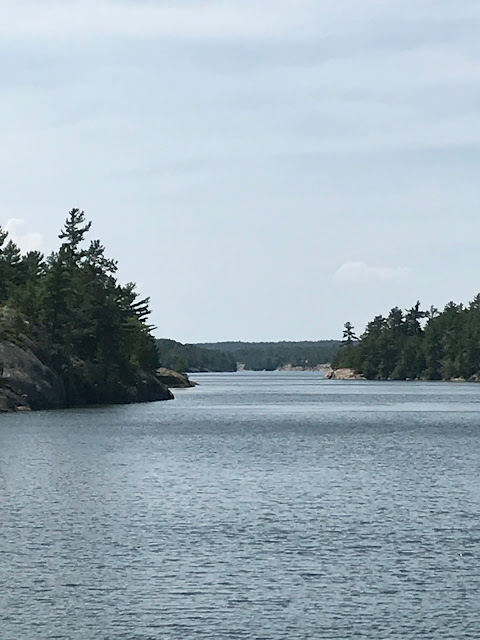 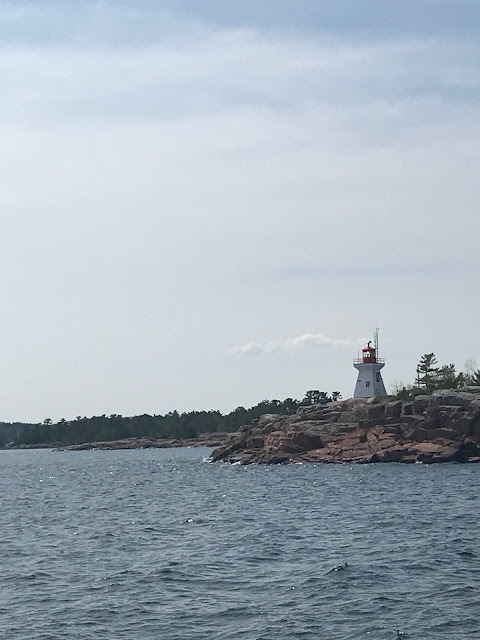 Posted by George Sanders at 8:06 PM