A Day of Bad Weather Then Running Off Shore From Cape May, NJ to Atlantic City, NJ

This past Sunday brought with it gale warnings for the area of Cape May and Utsche's Marina.  No boats were moving and ours were tied with extra lines just to make sure they didn't move around in the 30-40 mph wind.  The low pressure cell that passed over our location could be seen on the weather maps and it looked like a small hurricane complete with calm air in the eye.  There was more wind than rain or thunderstorms and it had trees bending and waves crashing all day.

The following Monday had clear skies but the wind was still keeping our boats tied in their slips until the offshore forecast showed favorable conditions on Tuesday.  Tuesday morning 7 Looper boats were ready to depart Cape May, NJ and head to the Manasquan River 100 miles north up the Jersey coast but a last minute review of updated weather forecast suggested that there would be good conditions for running offshore only to Atlantic City before the wind got too strong and crated uncomfortable conditions.

A 0600 departure time saw the Looper boats - Amanda Rene, Viridian, Dash Away, Oar Knot, Bucket List, Second Wave, Band Wagon and rPad filed out of the Utsche's Marina and followed Alan Lloyd's navigation waypoints 46 miles north to Atlantic City and the Farley State Marina in downtown Atlantic City.  Several boats got to see a 7 foot shark gliding just under the surface and seemed to ignore our boats as it slowly cruised among us.

By the time this flotilla reached Atlantic City,  the wind began to pick up and white capping started making the ocean a bad place to be.  So we all steered into the Absecon Inlet during flood tide and found slips to tie into.  Viridian made her way across the Absecon River to anchor for the night but found that the rough day back on the Chesapeake Bay had damaged the primary roller on the anchor bench and it was all but about to fall into the sea when we saw what the problem was.  The anchor could not be lowered so we crossed over to the marina and docked bow-in so the anchor roller could be fixed "good enough" until proper pins could be found to permanently fix it.

We had our planning meeting in the casino hotel next to the marina followed by a meal.  It was good to meet new loopers and hear their stories about the Great Loop Adventure.  Tomorrow we will leave again at 0600 and run 60 miles offshore to the Manasquan River, NJ. 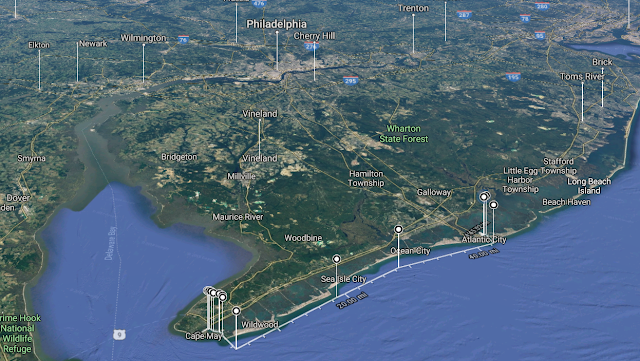 Today's Route from Cape May to Atlantic City, NJ 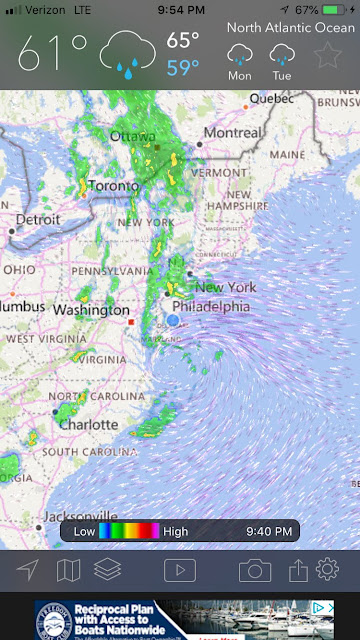 These three weather radar maps show the cause of the gale force winds. We are at the blue dot at Cape May, NJ 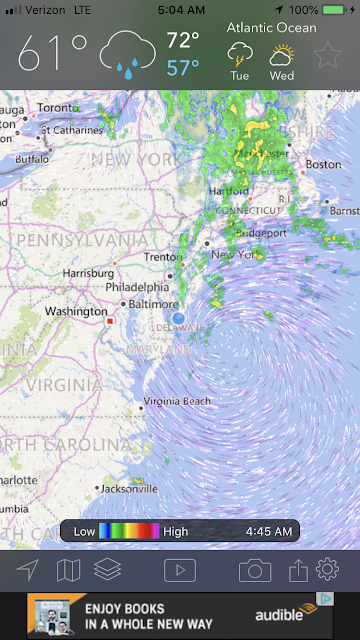 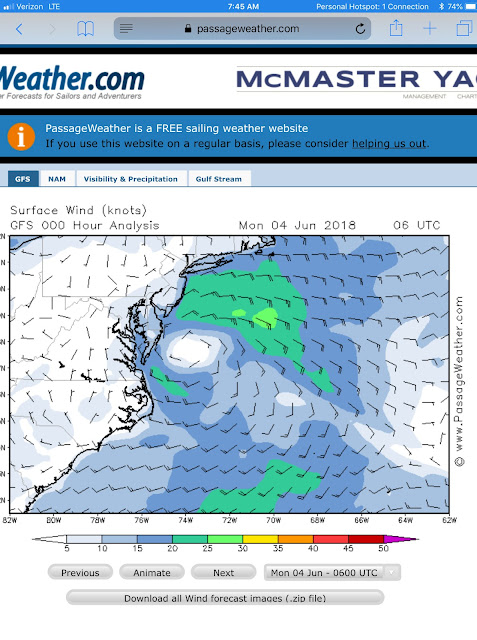 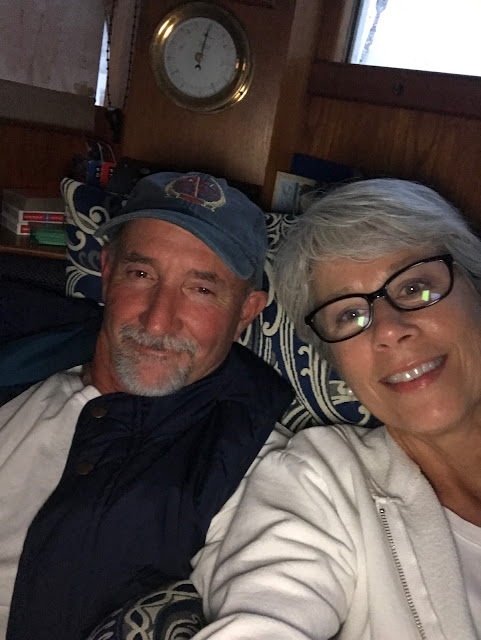 Waiting for the Storm to Pass 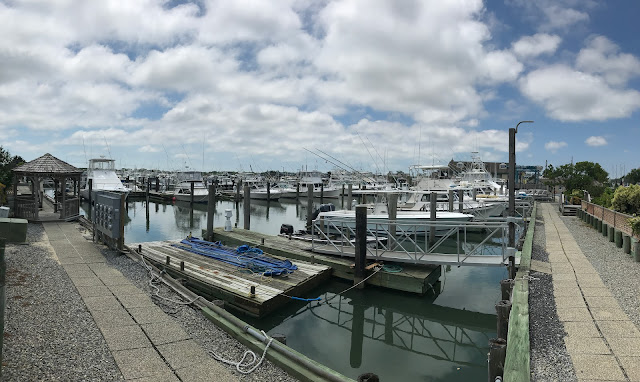 Day after the Storm 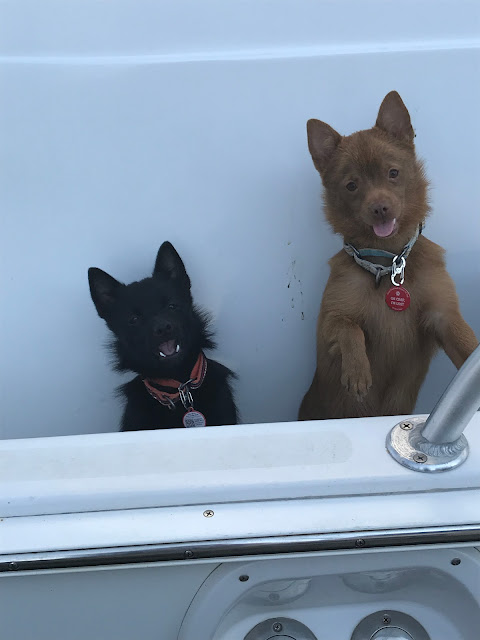 These little guys live on board Amanda Rene 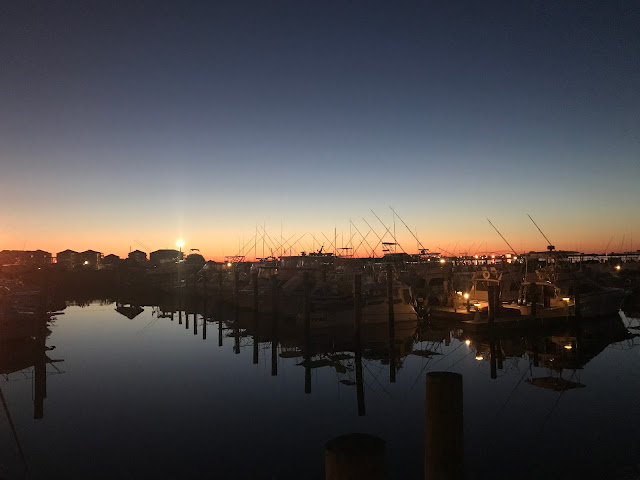 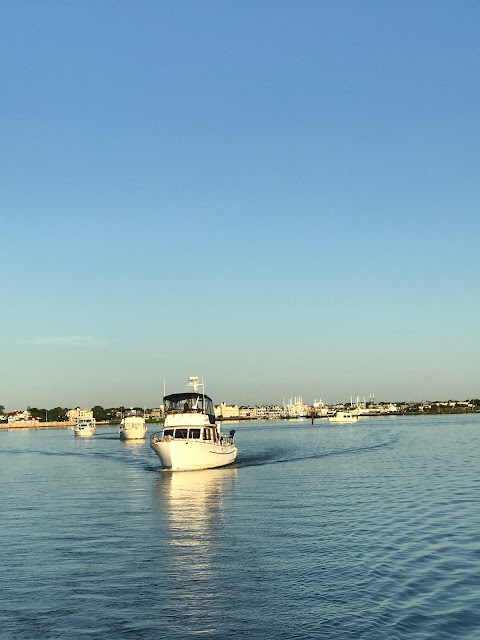 The Flotilla Forms for an Offshore Run to Atlantic City, NJ 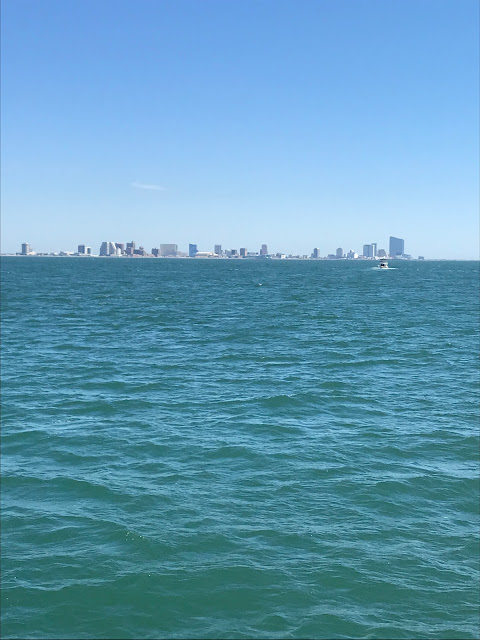 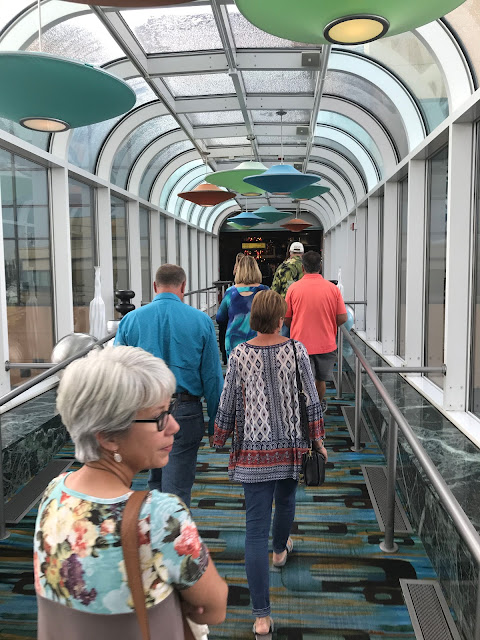 Walking to the Casino for Supper 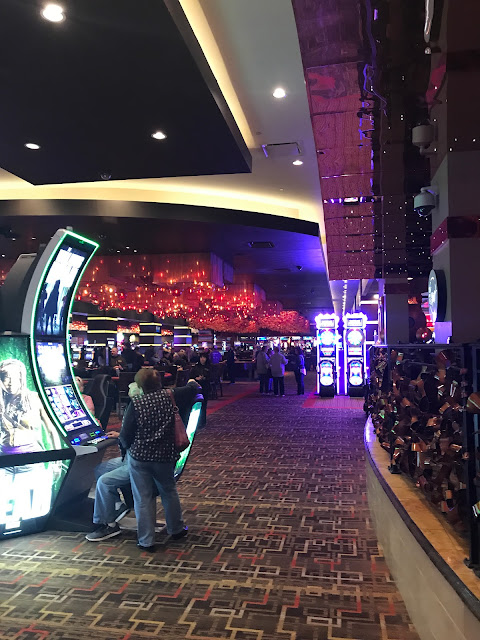 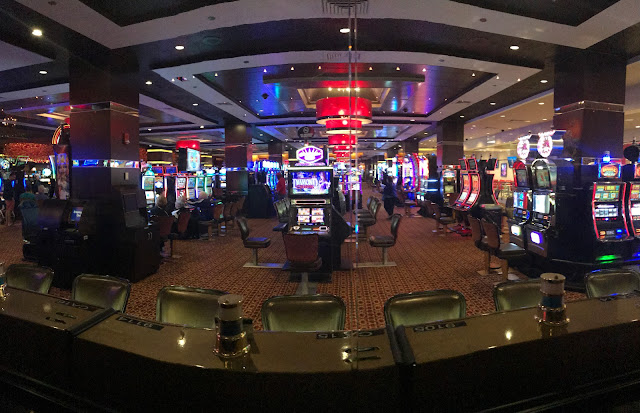 Posted by George Sanders at 9:10 PM