Rain is Coming, We are Going

The stay on the City Dock at Brewerton, NY was nice.  Everything we wanted was within walking distance and one thing we wanted was soft serve ice cream.  But first, we wanted to check out the pizza house across the bridge to the other side of the Oneida river called "Top This".  It got great reviews on ActiveCaptain and we had not had pizza for a while so it was time to take a walk.  "Top This" did not disappoint.  We each got a huge slice of pizza with a drink and it hit the spot.  The owner noticed our foreign accents and asked where we were from. We told her about America's Great Loop and that we came from the land of Alabama, almost 4000 miles away, by water.  She presented us with two T-Shirts with her Logo printed on them and we left in peace.  So, any Loopers behind us be sure to stop by "Top This Pizza".

The weather was expected to change into something not good for cruising and being the weekend and all it made sense to find a marina to duck into sit tight and do marina things.  We had planned on staying on the dock for two nights but the wind would change making it difficult to leave on the windward side.  The forecast predicted a calm around 2-3 PM today so we decided to untie and make our way 8 miles west a day early to Pirate's Cove Marina in Belgium, NY.  After passing through  E-23 and dropping 7 feet, we wound our way down the canal to Pirate's Cove.  Upon arrival, we were met by an army of dock hands who talked us in on the slip using a cell phone and practically hand landed Viridian for us.  We had not experienced such attention in any of the previous 100+ marinas we had visited.  During check-in, the Dock Master noticed our foreign accents and ask where we were from.  We told her we were from the land of Alabama, 4000 miles away, by water, and she presented us with two hand knitted Pot Holder pads and gave us the keys to the loaner car so we could drive out to get whatever we needed.  Once again, we left in peace and were warmed by the rich hospitality of peoples of upstate New York.

While staying put for three nights we will let the weather pass, reprovision, do laundry, cleaning, etc and start detailed route planning for crossing into Canadian waters next week.  We will leave here and turn north onto the Oswego River that leads to the town of Oswego on the southern shore of Lake Ontario.  From there we will cruise north across the US/Canada border to the St. Lawrence River near Kingston, Canada.  The Trent Severn Canal System connects several lakes and rivers, using locks, to allow boats to travel, east or west, to/from Lake Ontario, north of Niagara Falls, to the Georgian Bay, Lake Huron. 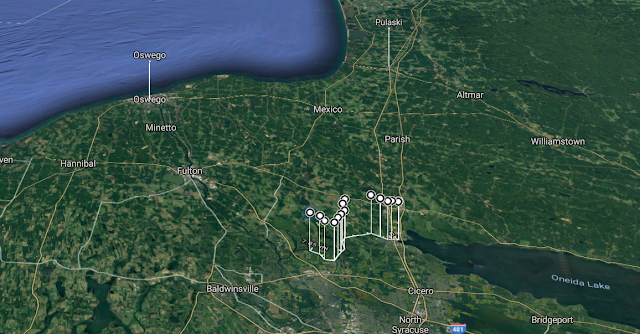 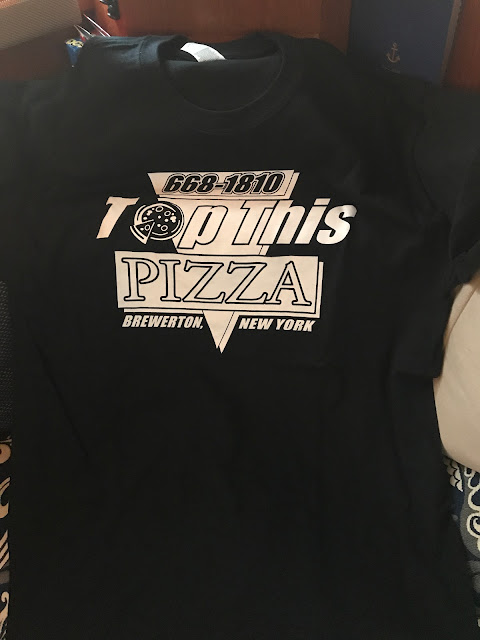 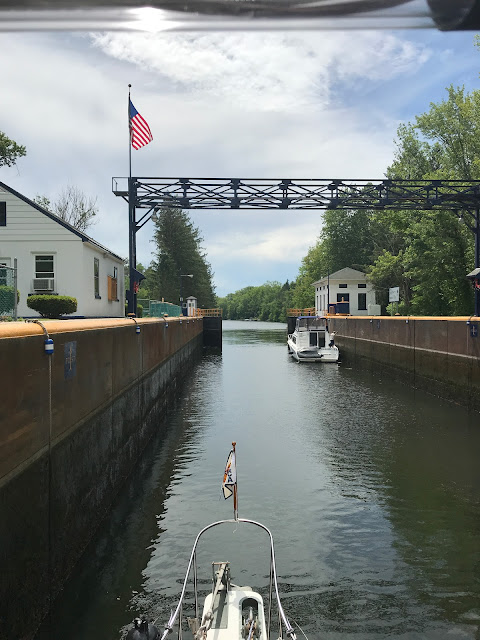 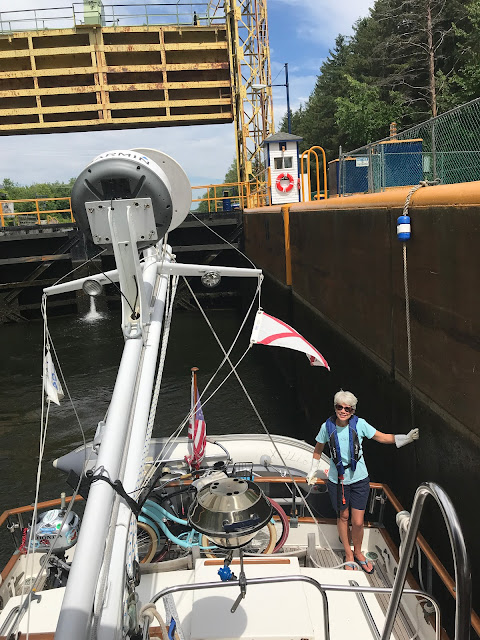 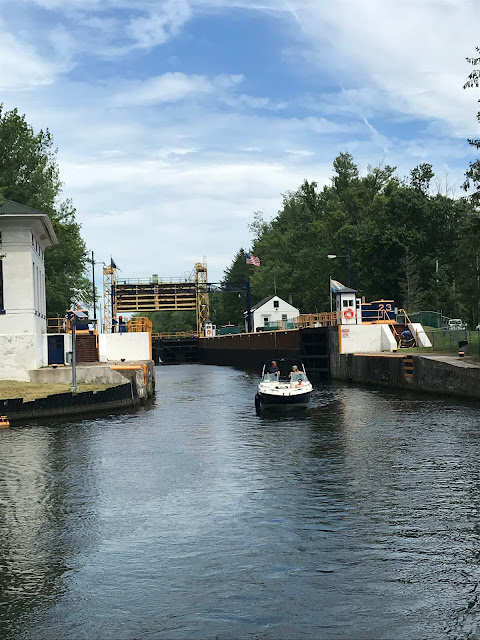 This is our last lock to transit on the Erie Canal.  We will turn north onto the Oswego River and transit a few locks to get to Lake Ontario. 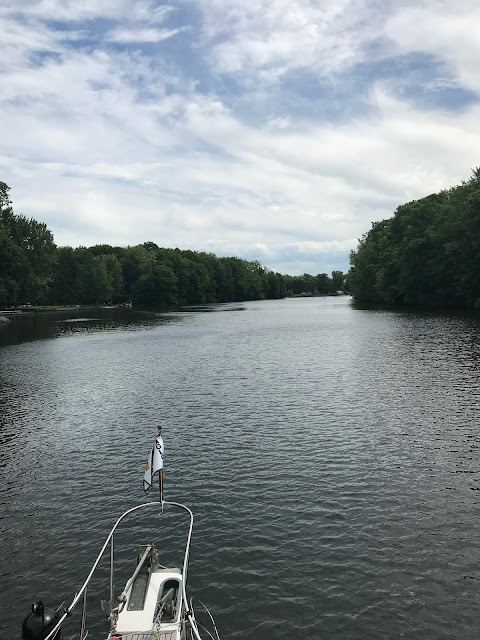 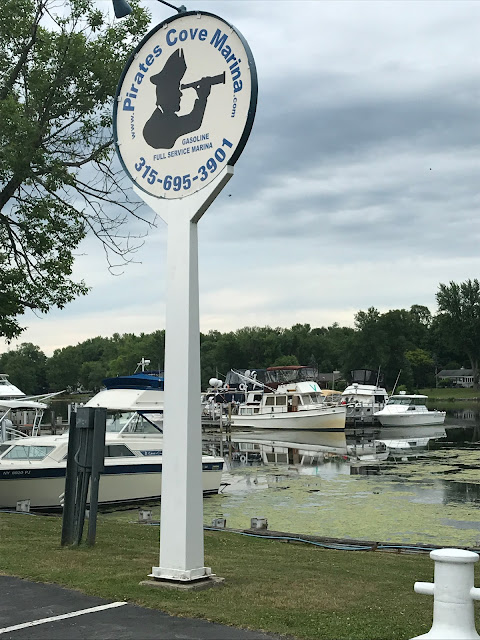 Several other Loopers boats here too 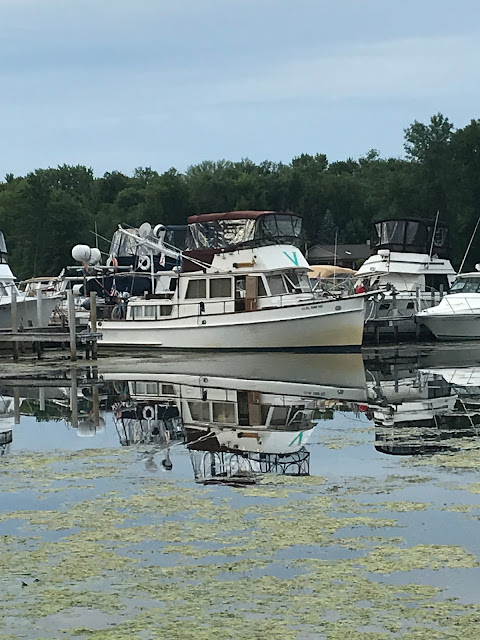 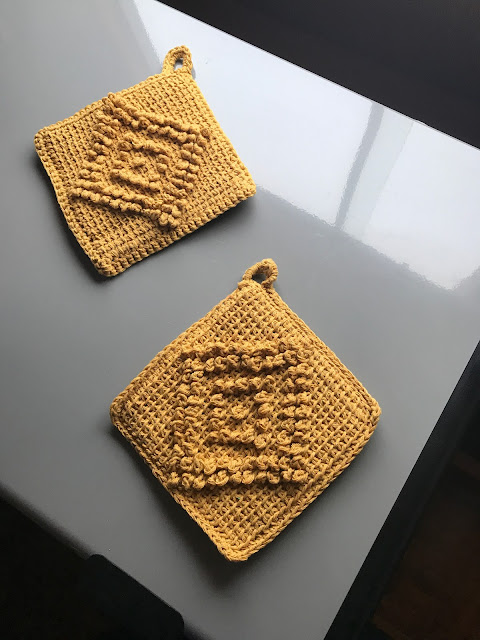