Docking at Hoffman's Marina in the Manasquan River was not like 99% of the marinas we have been in since starting the Loop.  We timed our arrival to be at slack tide to avoid the legendary current and running the narrow RR bridge gap to get to the west side of the marina.  We wound up on the west side anyway and getting out was a this morning was challenging to say the least.

After getting through the Manasquan River Channel, we formed a 4 boat convoy and headed north for our last day on the Atlantic Ocean.  The course took us northeast and then northwest as we rounded the bend at Sandy Hook to port.  Our marina, Great Kills Yacht Club, was across the Raritan Bay in Great Kills Harbor.

The NY City skyline appeared 25 miles away through the morning haze.  As we got closer we could make out familiar buildings like the Empire State Building and the new world trade center building. The Verrazano Narrows Bridge connects Staten Island to Brooklyn and spannes the Hudson River where we will travel north after leaving NYC.

The wind cranked up to around 15-20 mph just as we got within two miles of the harbor channel.  There was only one dock hand trying to dock all the Looper boats arriving and he doesn't use a radio.  You have to call on your cell phone or text him to get docking instructions and most of the time he won't be able to respond.  Our three boats got in but had to make more than one attempt to dock sideways to the wild wind.  Several fellow loopers were on hand to help catch lines and that made it possible for all the boats to get settled.

After meeting some new Loopes we all walked to a restaurant and ate supper.  The day was coming to an end and we will sail north to Half  Moon Bay Marina after passing by the Statue of Liberty the Upper Bay. 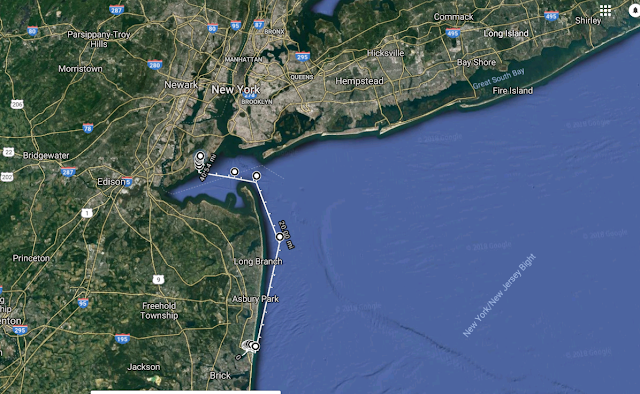 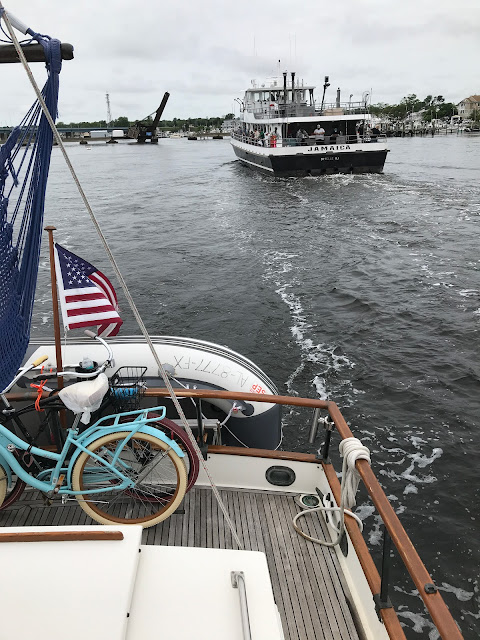 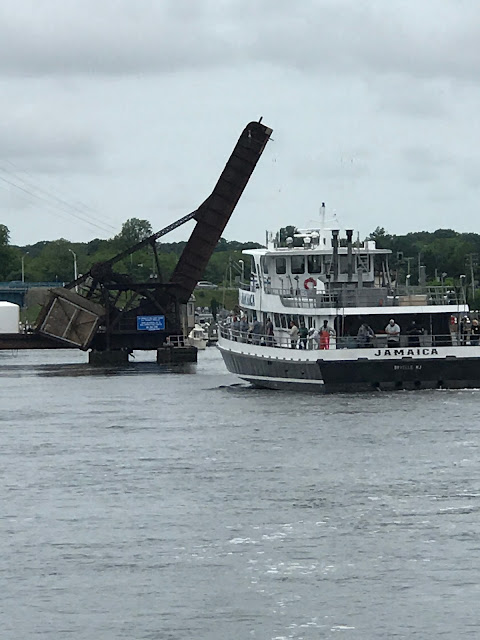 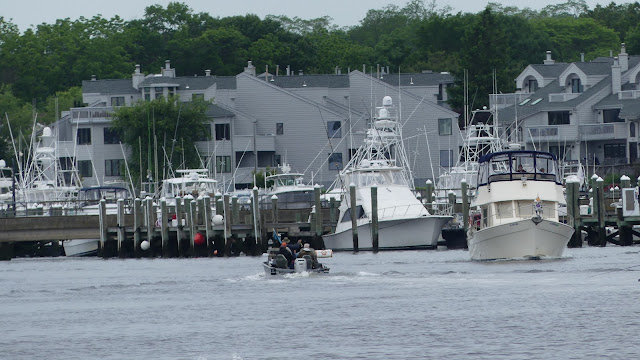 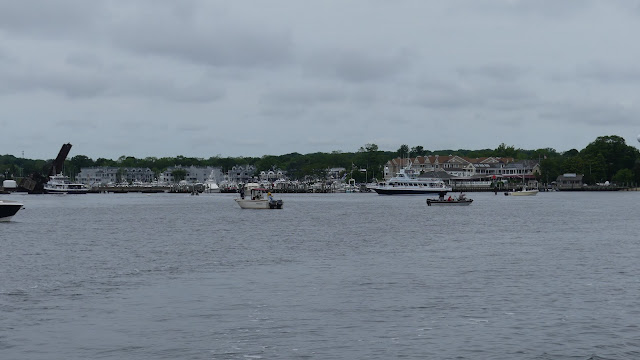 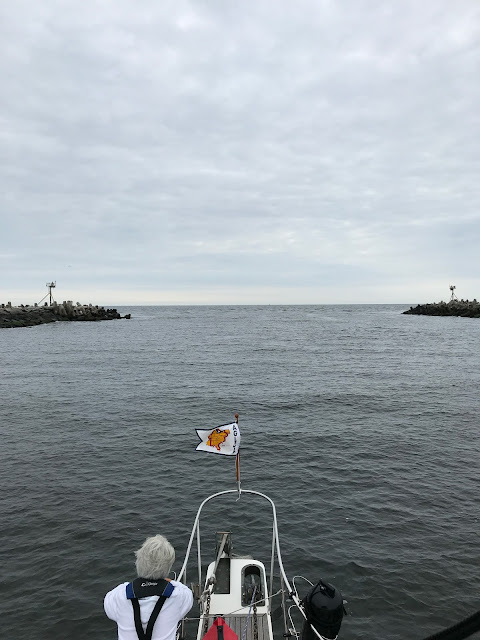 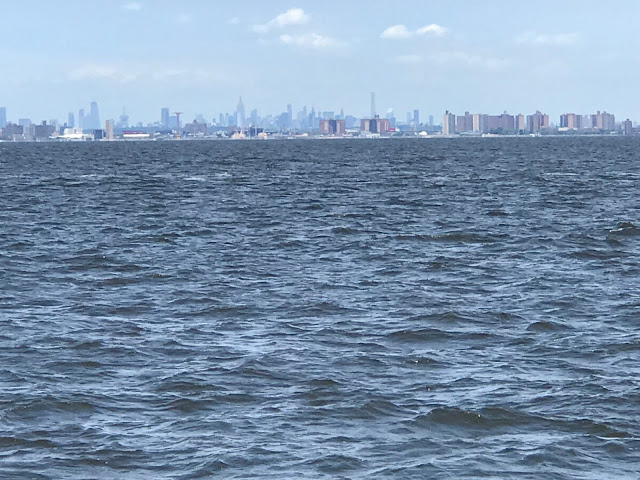 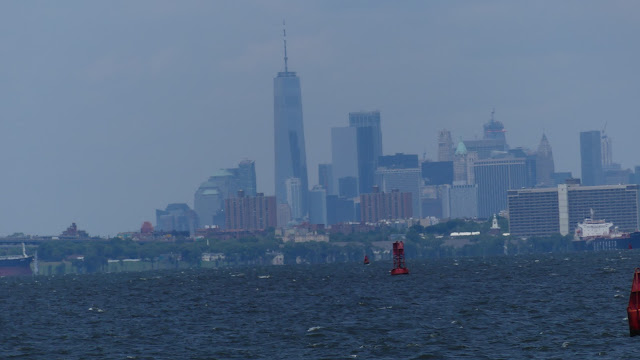 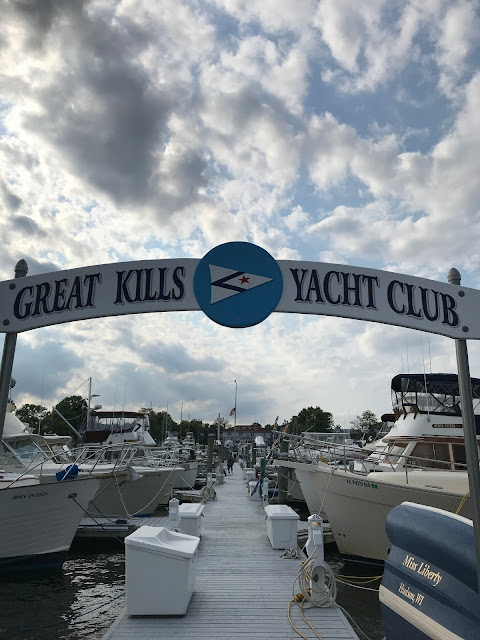 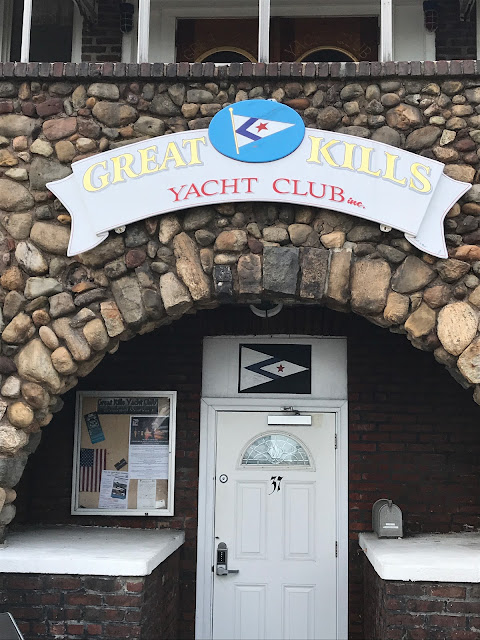 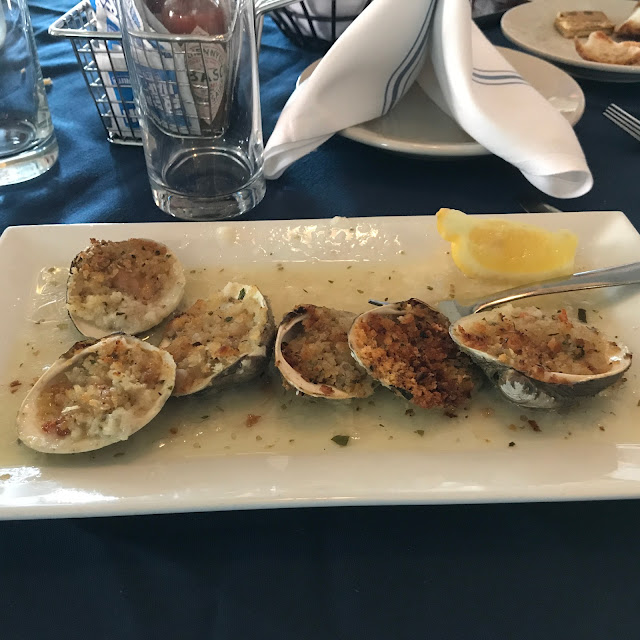 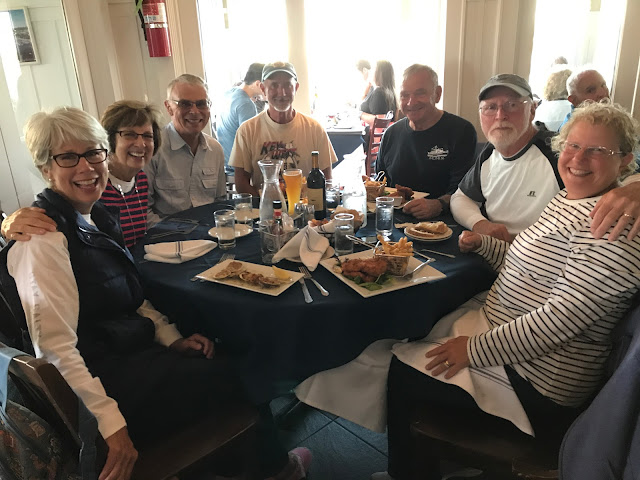 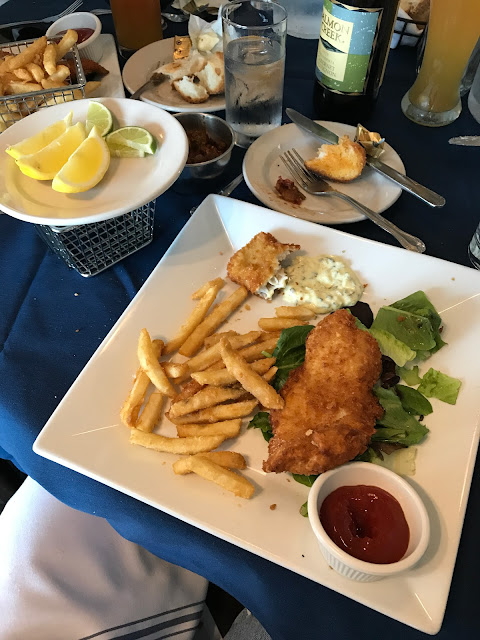