After a belly full of Henry's fried fish and peach pie the crew of Viridian slept like a rock.  Morning kinda snuck up on us but we were ready to go by the time we needed to in  order to make the 1100 opening of the RR swing bridge just south of Parry Sound where our final destinations for today is.

The 25 mile cruise from Henry's to Parry Sound took us through some more spectacular scenery.  There were a lot of small boats zipping around us in the wide spots but we all had to line in single file when passing through the narrows that are scattered along the route.  The RR swing bridge only opens on the hour so we needed to plan our cruise to reach it so we didn't have to wait too long.

The marina at Parry sound was full so we were directed to the City Dock next door and tied up along a big concrete pier for the night.  After taking care of the sign-in stuff we made our way to the Boston Pizza house and ordered enough pizza to have a few meals as leftovers.  We visited with other Loopers and enjoyed watching Georgian Bay Airways, LTD sea planes land and take off from the bay next to our boat.  The first mate walked over the hill to the town to do some shopping and came back empty handed.  After a nap and some Kawartha Ice Cream, we planned tomorrows cruise to an anchorage in Hopewell Bay some 32 miles from here.

That's the news and here's some views 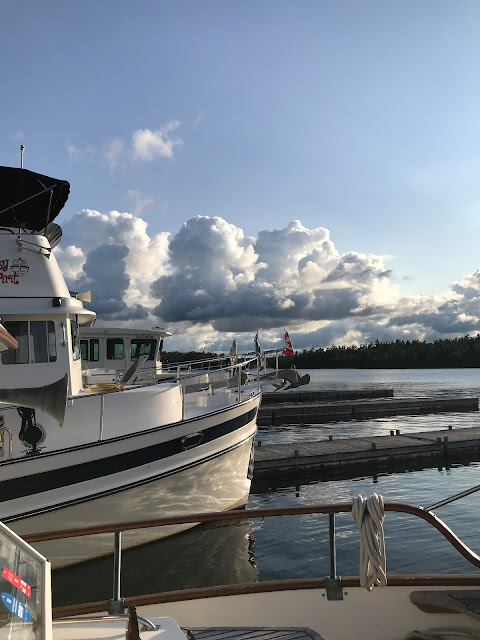 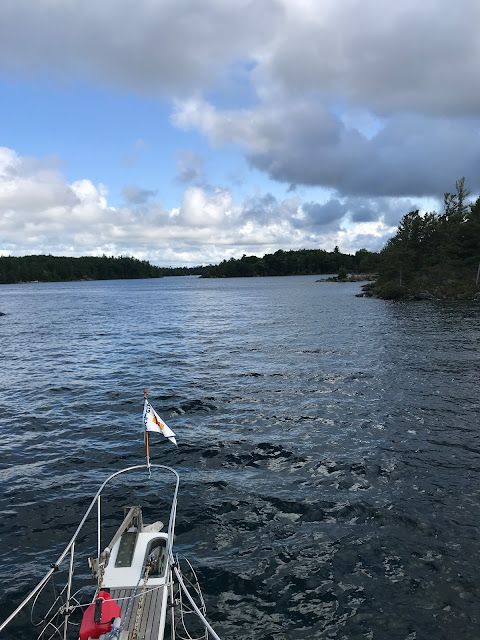 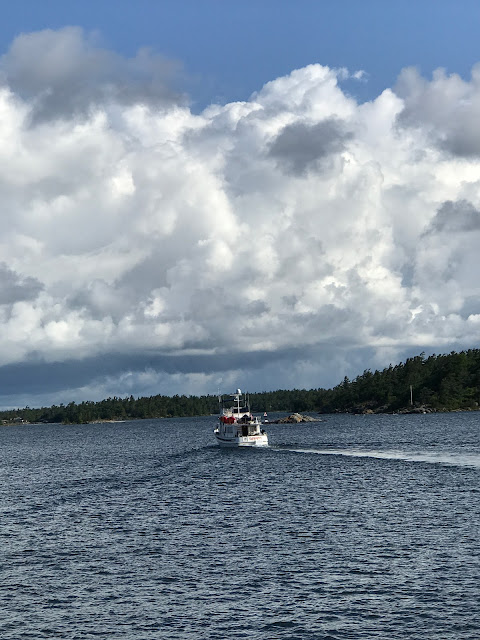 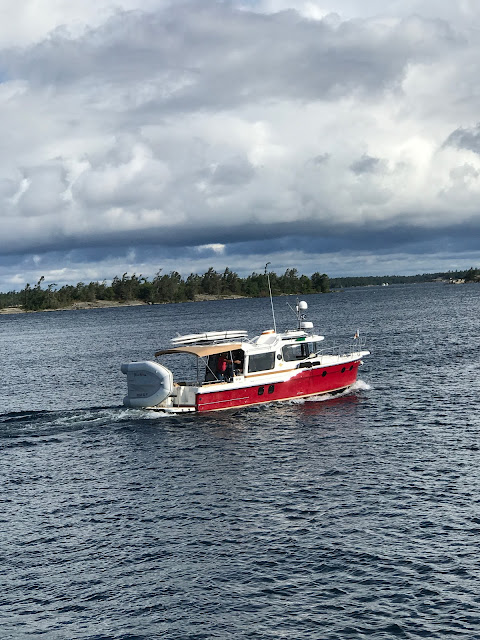 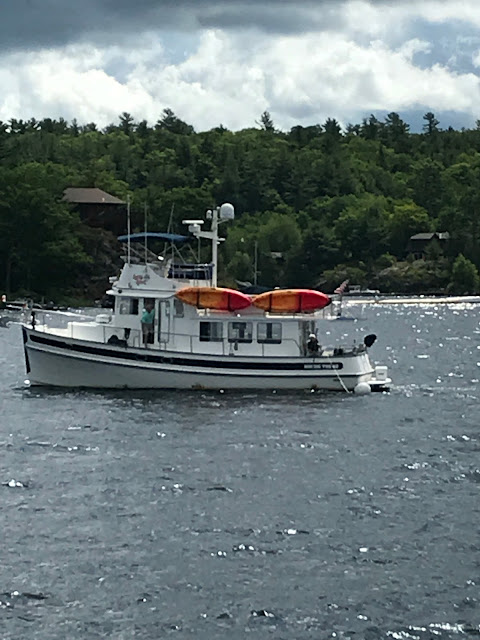 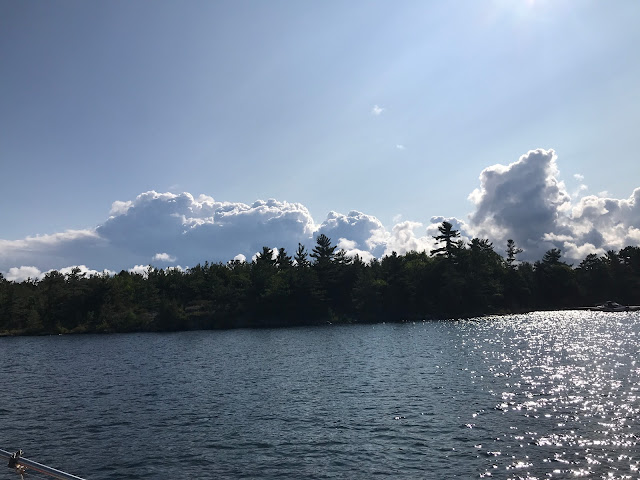 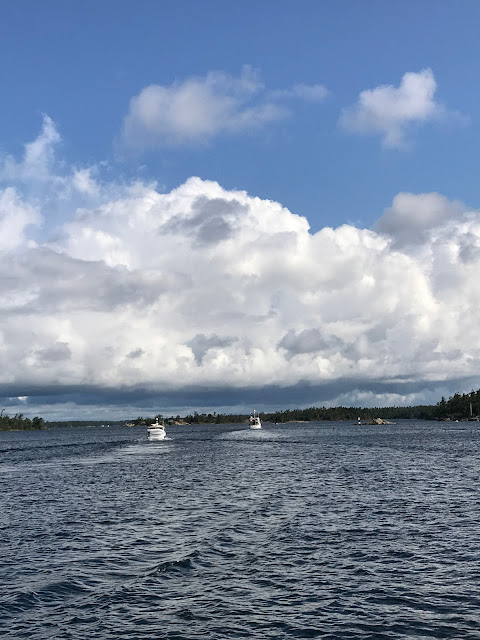 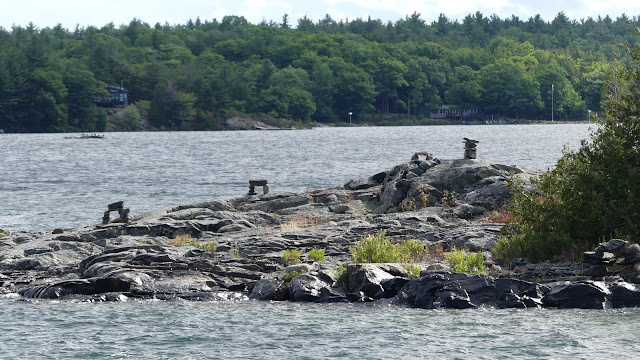 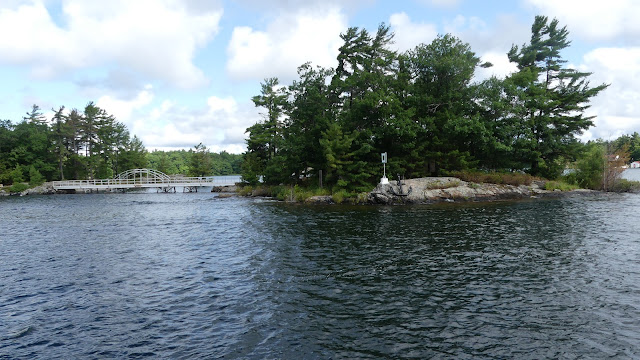 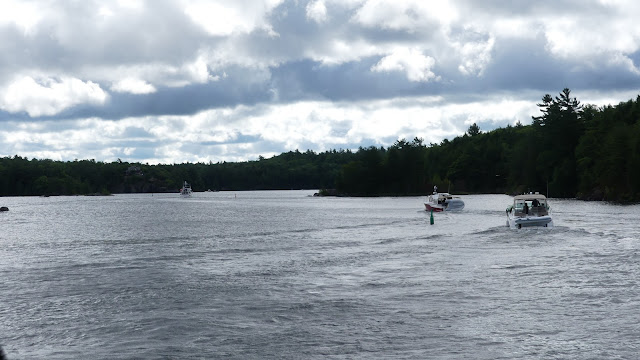 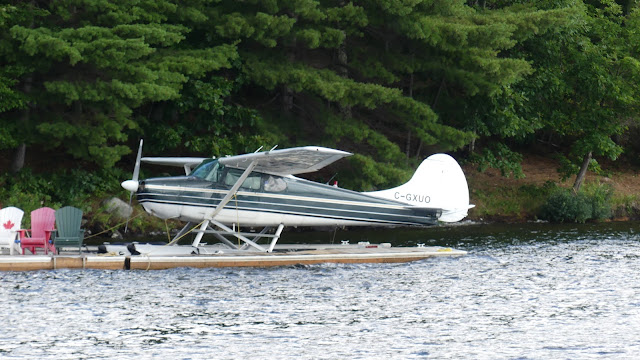 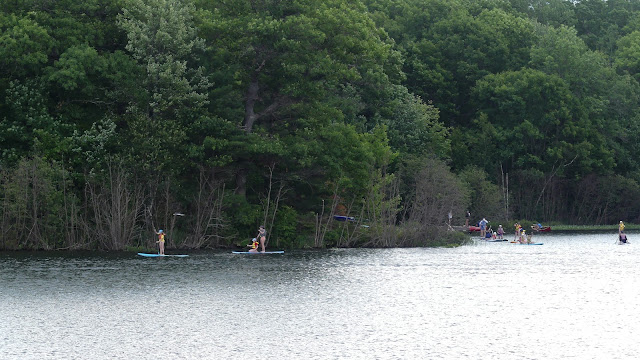 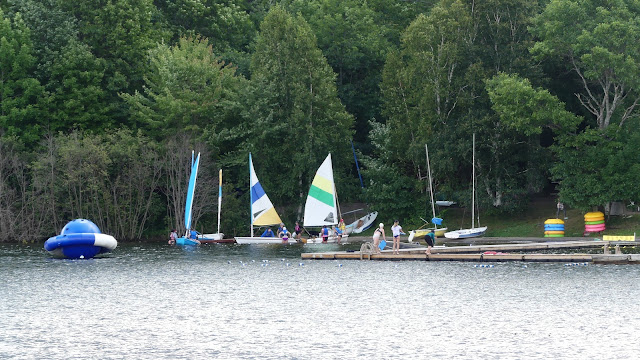 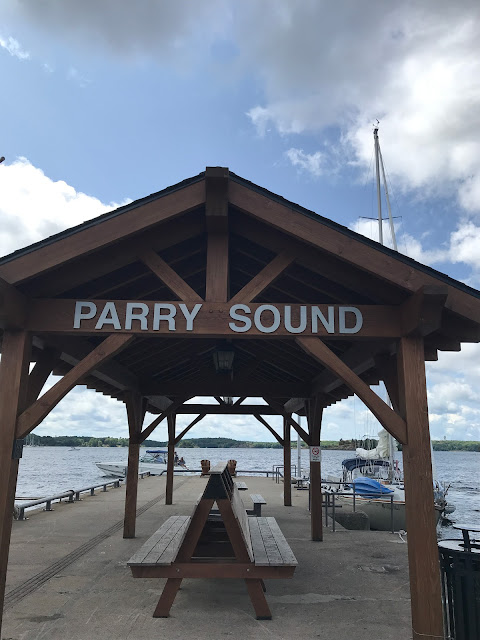 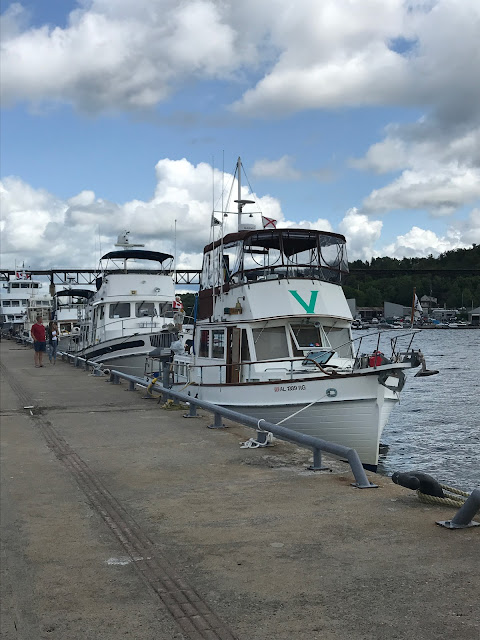 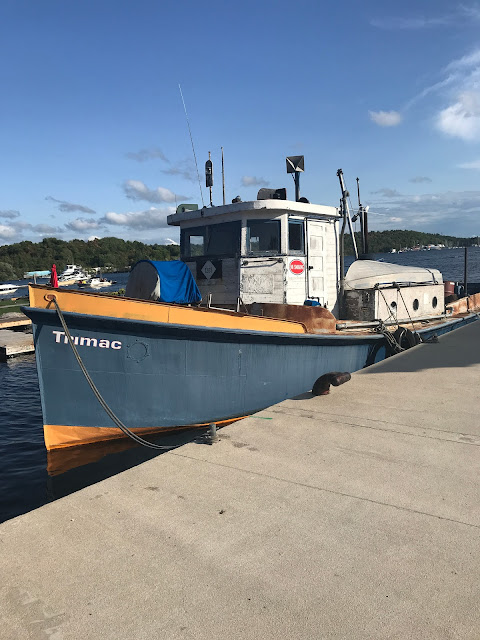 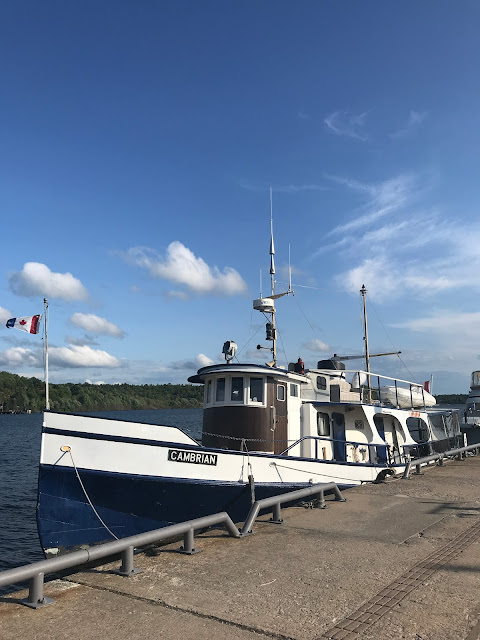 Posted by George Sanders at 5:33 PM