The locks don't open until 0900 every morning so we took our time getting ready to leave Campbellford.  The First Mate went for an early morning exercise walk and snapped a few pictures along the way.  There were at least six boats leaving this morning and there is only enough room for two boats to safely enter and tie up with adequate separation to avoid bad things happening.

The first two boats, Dash Away and Gypsy Spirit, departed for the 0900 opening and Viridian and Miss Norma departed after what we thought was enough time to lock up afterwards.  This may have been OK if the Lock Master had dumped the water and got ready for the first arrivals heading west.  Four boats waited for the first two to clear and were positioned for the next two boats to enter and ascend.

The Lock Master had other plans. She wanted all four boats to cram into the lock and set the stage for the next five locks up to Hastings.  That was a bad plan and we told her so and we refused to all try to fit into the lock.  It was clear when 36 ft Viridian, a 46 ft trawler and a smaller 32 ft Ranger Tug were inside that no other boats were going up in this lift so the doors shut and up we went.  However, we did not escape the lecture once we got to the top about who runs this lock and who is incharge etc, etc.

Once out the gate we decided amongst ourselves that we would regroup into twos and approach the next lock and once again with the intention of only two boats at a time going up.  This worked just fine and the following locks took us in twos and once again we were all engaging in pleasure cruising.

Today we cruised through some beautiful lakes behind the dams with thick, treed islands sprinkled all around.  The sky was a deep blue with fair weather, fluffy clouds placed just in the right places.  A cool air blew to keep us comfortable along the way as we sailed deeper into the back country north of Lake Ontario.

We finally got our first look at the famous Loon, a bird that lives on the water in this area that has a haunting call at dusk every day. 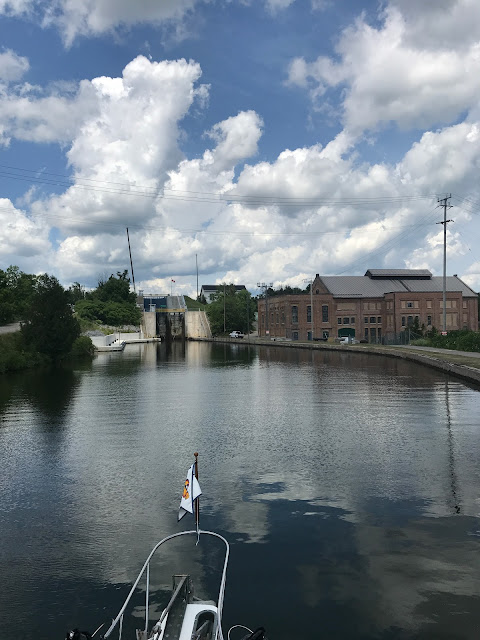 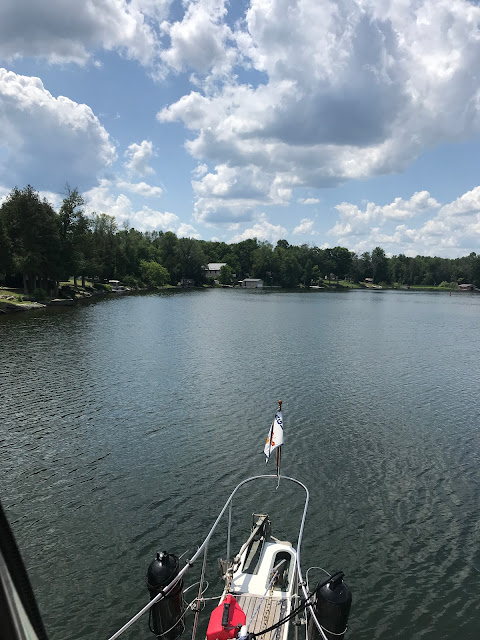 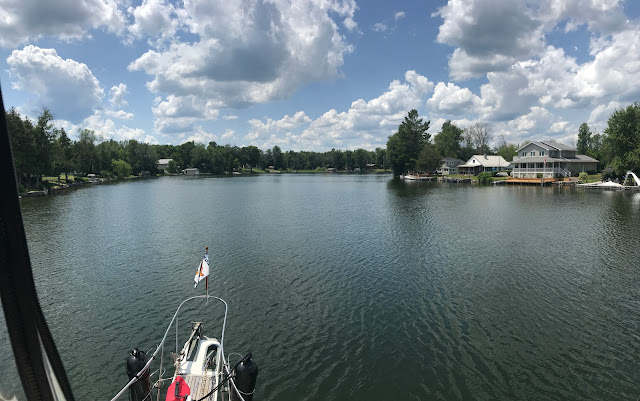 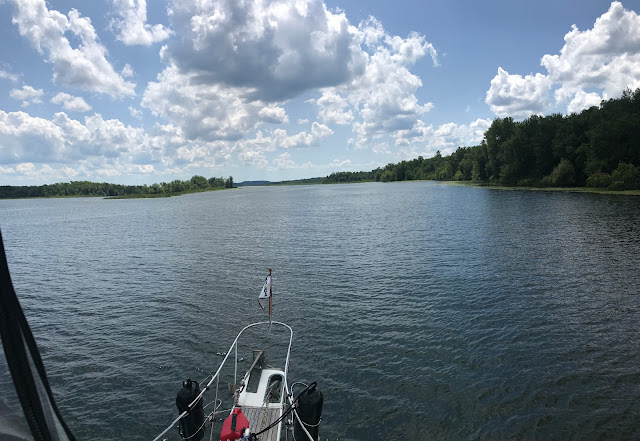 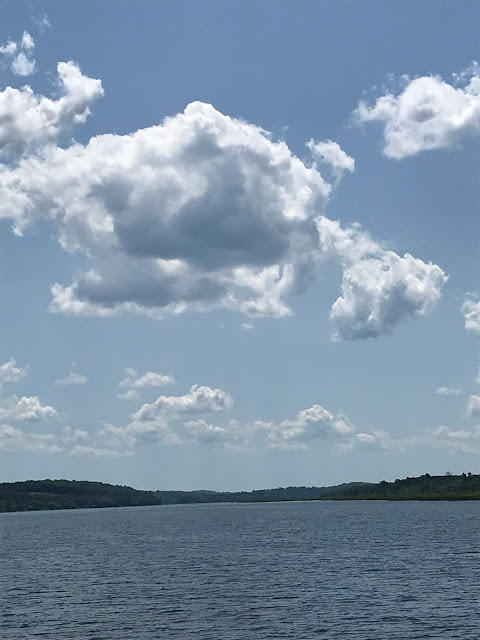 Posted by George Sanders at 8:27 PM