Today was spent exploring the Peterborough Hydraulic Lock on the Trent Canal.  The First Mate and I took a bike ride up to the lock to see how it worked and see if we could talk with the Lock Master about this engineering marvel.  Our bike ride took us along some nice paths, some paved, some not.  the one that was not was the best one.  It looked like a green tunnel through the woods and it took us right down to the Lock where we wanted to watch some boats being lifted in the "bathtub".

Each caisson sits on a ram, the shafts for which are sunk into the ground, are filled with water, and are connected with a pipe that has a crossover control valve. The caissons are guided up and down on either side by rails affixed to concrete towers.
The caissons are 140 ft (43 m) long, 33 ft (10 m) wide, and 7 ft (2.1 m) deep and when filled with 228,093 imperial gallons (1,036.93 m3; 1,036,930 l) of water weigh 1,700 short tons (1,500 t).
No external power is needed: the lift lock functions by gravity alone using the counterweight principle. One caisson always ascends and the other always descends during each locking cycle. When one caisson reaches the top position, it stops 12 inches (30 cm) below the water level of the upper reach, and the control valve is closed; Siemens ultrasonic sensors are used to help determine the differential. The upper reach and top caisson gates open, and water flows into the top caisson until the level equalizes. The weight of the extra foot of water is 144 short tons (131 t), making the total weight of the upper caisson 1,844 short tons (1,673 t).Any vessels that just ascended in the top caisson exit into the upper reach, and any new vessels making a transit of the lock then enter the bottom or top caisson from the lower or upper reach respectively. Once the vessels are secured, all gates are closed and the crossover valve in the connecting pipe between the ram shafts is opened. Since the upper caisson weighs more than the lower caisson (1,844 vs 1,700 tons), it pushes down on its ram, forcing out water from its shaft via the connecting pipe into the shaft of the bottom caisson. The force pushes up on the bottom caisson's ram, raising the caisson up to the top position. When the gate of the newly descended top caisson and lower reach gates open at the bottom, the extra foot of water flows out and equalizes with the water level in the lower reach of the canal, and any descended vessels exit, allowing the cycle to start over again.

The Lock Master took us on a toure of the facility and let us go into the chamber room where the main control valve sits and also the hydraulic cylinders that operate the pan gates on the top side.  They were very informative and spent at least an hour telling us about how the lock works, what modifications were made to bring it into the 21 century, and showing us the inner workings of an engineering marvel.

Later this evening we went onboard Gypsy Spirit with Dash Away and Miss Norma to celebrate a birthday for the Admiral of Gypsy Spirit.  Brockwerts were cooked on the grill, add Texas caviar with a salad and a drink.  Then to top it off, hear an amazing story about how the name Miss Norma has become the name of a book, written by the crew of Miss Norma, and can be found on Amazon under the title of "Driving Miss Norma".  Check it out. 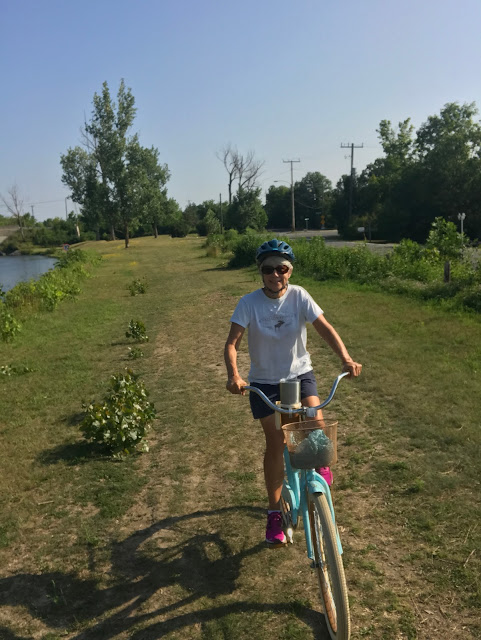 Riding along the Levy toward the Lock 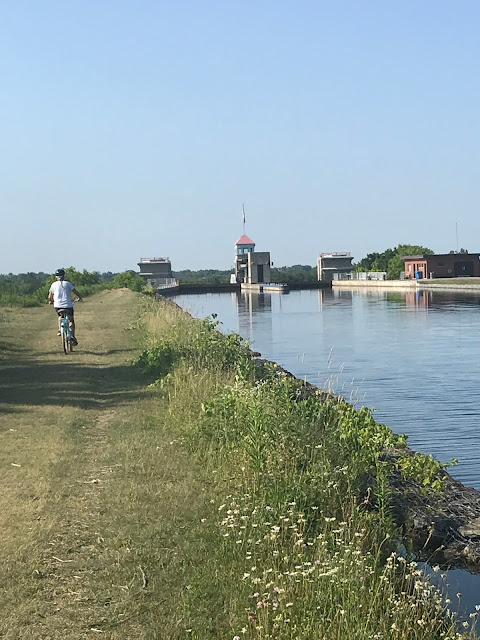 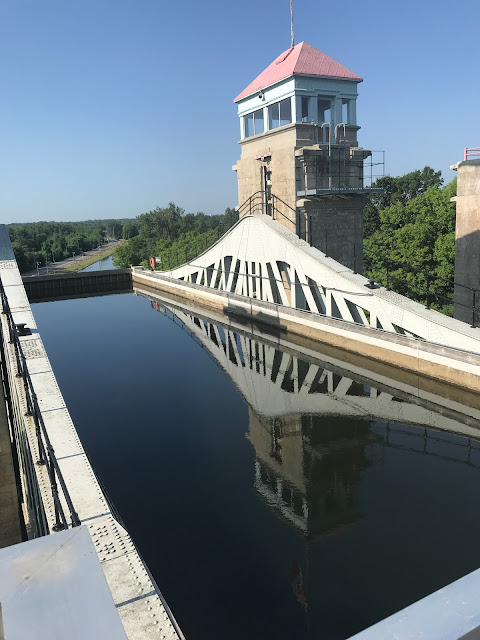 The right side "bathtub" 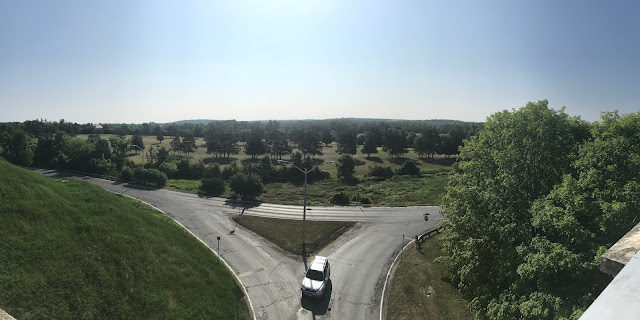 Great view from on top of the Lock 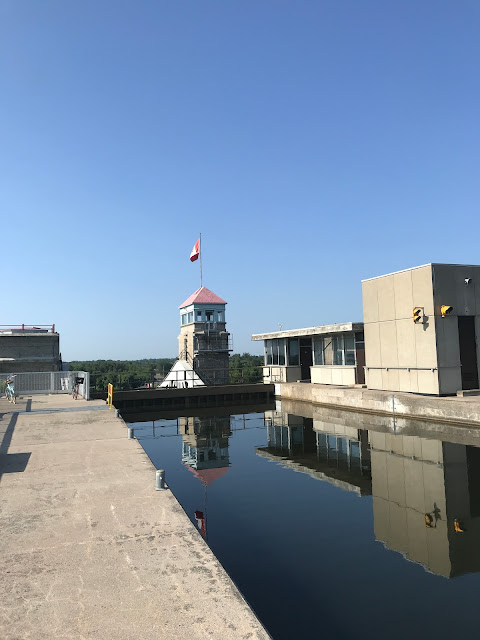 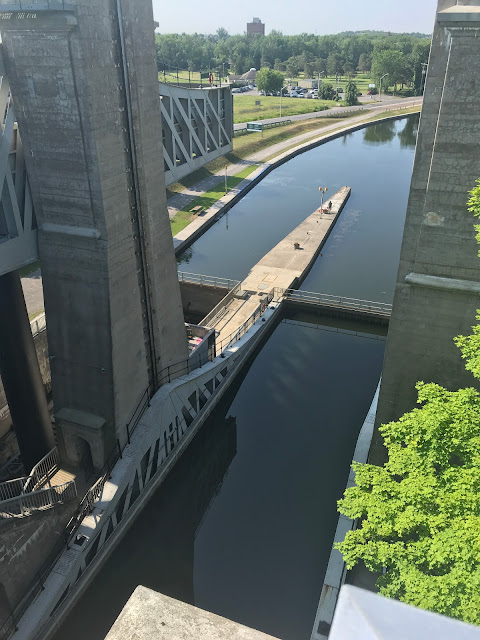 Looking down from above 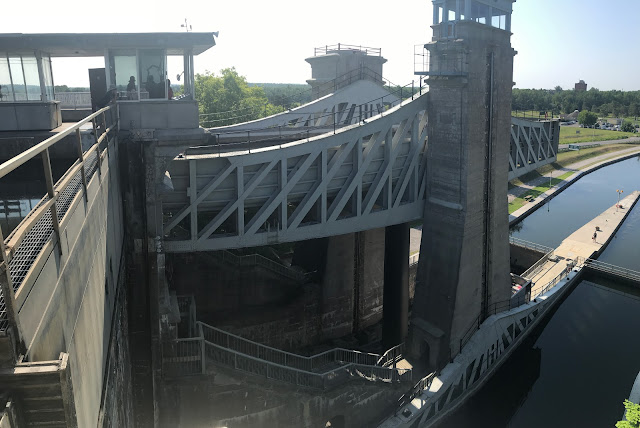 Left Pan Up, Right Pan Down 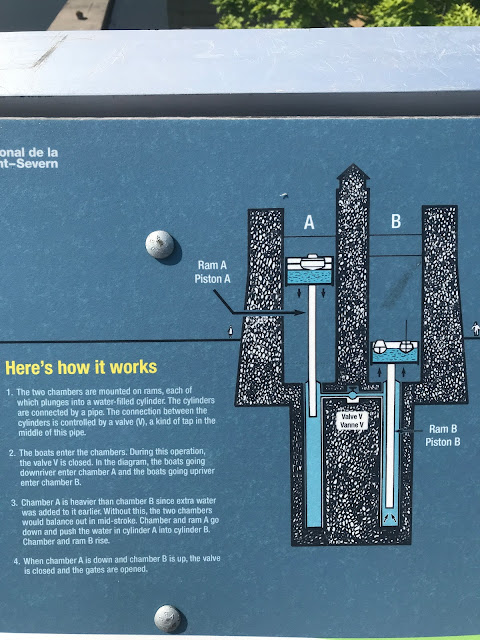 
View from the bottom 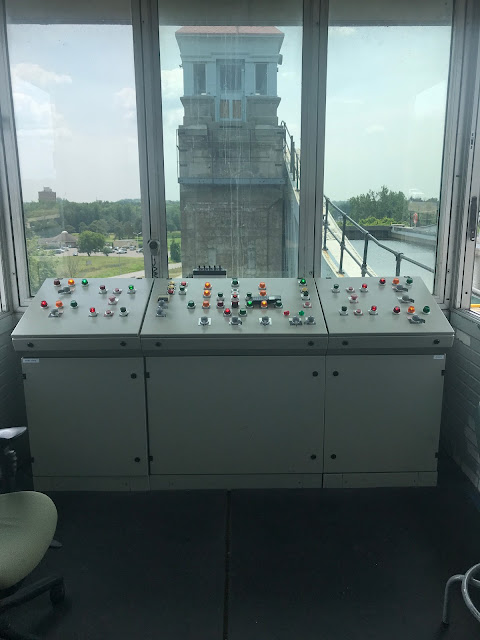 Back at the Marina 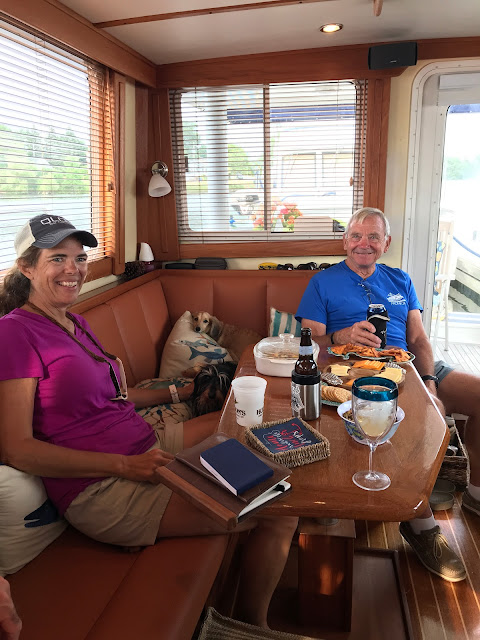 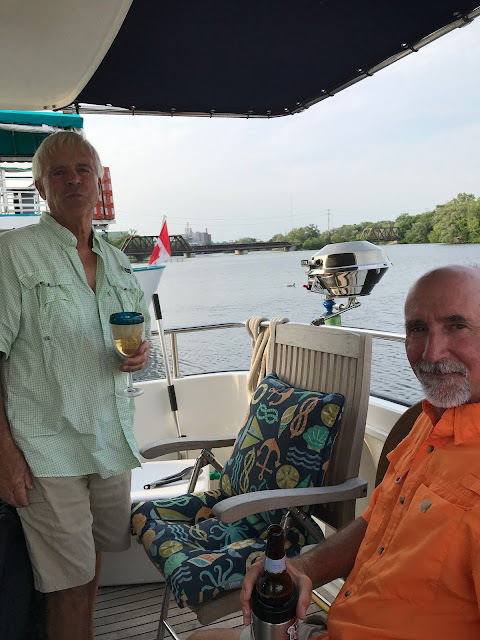 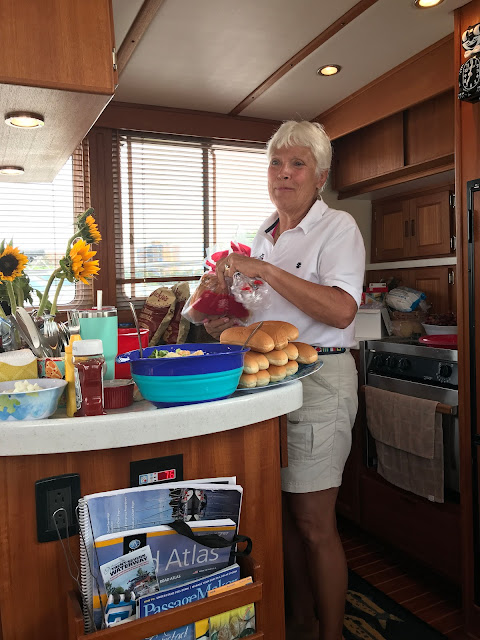 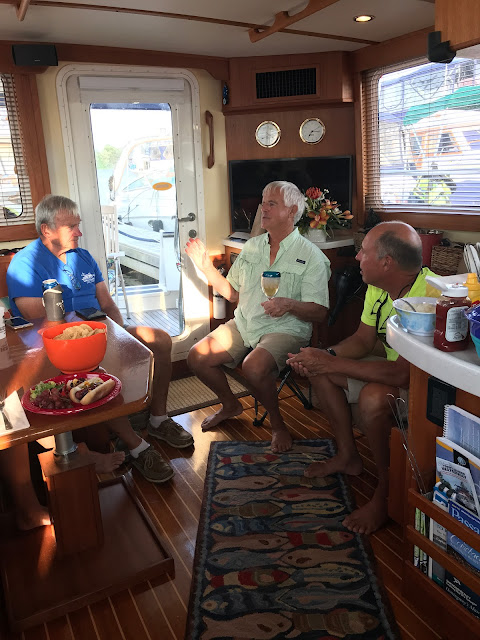 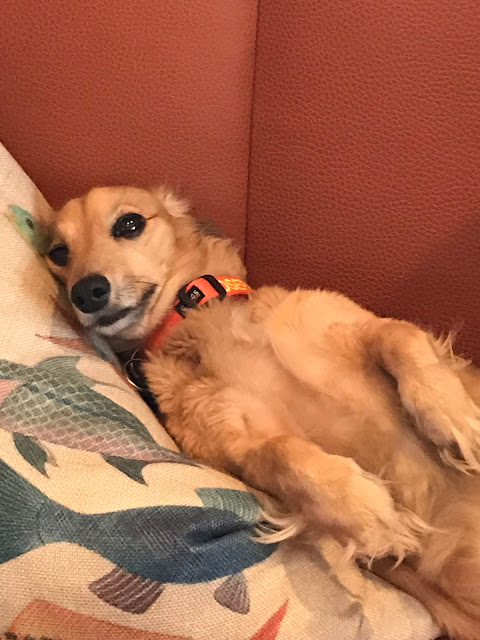 Bedtime for puppy
Posted by George Sanders at 4:27 AM