The Big Chute, Viridian Takes Flight and the End of the Trent Severn Waterway (23 July 18)


Today Viridian passes through the last two locks, 44-45, to brig to a close our cruise from Trenton to Port Severn.  What a fantastic voyage and a wonderful way to experience Canada.  Today we cruised from The Big Chute Marina to Bay Port Yachting Center.  This morning, before heading to the blue line to take the Marine Rail down the 60 foot drop, we walked over and watch some boats go through to get an idea of what we were in for.  There were a few boats on the down side waiting to go up and one big cruiser on the top side going down.  At the bottom we watched the massive travel lift bring the cruiser down the rail and put it into the water.  Next, three smaller boats loaded into the pan and were whisk up the mountain and put into the water on top.  Having made a few pictures and talked to the attendants we were ready to get in line and take the flight down.  The first two boats to get carried down were Miss Norma and Dash Away.  It took only a minute or two to load them into the pan and off they went.  In no time the machine was back on top and depositing 4 boats from below.  Viridian and Gypsy Spirit got the call over the loud speaker to enter the pan.  Viridian was first and had a front row view of the descent.  We  made a time lapse video to post on this blog but not able to due to weak service) It was like our boat took off from a runway (in slow motion) and flew over the mountain and landed in the waters below.  It is amazing how fast this thing operates.  Once we were all down we set sail for the last lock until we get to the Illinois River.

Today's route took us from Big Chute Marina and through Lock 44 (Marine Railway) down into the Six Mile Chanel, through Gloucester Chanel and into Gloucester Pool where we passed Marie Island, Wigwam Island, Liberty Island, Llanberris Island, Big Gem Island, Union Jack Island, Clare Island, Zachary Island, Herb Island, Porcupine Island, Rockcliffe Island, Deer Island, Tucker Island, Lockerbie Island, and Little Gem Island, all in a space of one mile.  These islands sit in crystal clear water on huge rock formations that accent their foundation and reflect on the mirror waters so that it is hard to distinguish between real and reflection.  This is what we will be seeing for the next 400  miles as we cruise among thousands of rocky, tree covered islands in gin clear water.  Once through the Georgian Bay, we will sail into the marina on Mackinac (the ac is pronounced aw, who knew?) Island, stay a few days and then start the journey south to Chicago along the eastern shore of Lake Michigan.

We will stay in the Bay Point Yachting Center for three nights to allow some unpleasant weather to pass.  Then it into the Georgian Bay for our return to the US of A.

That's the news and here's come views:  (We have some  really cool videos of our Chute ride but are not able to load them at this time due to the weak service in the area.) 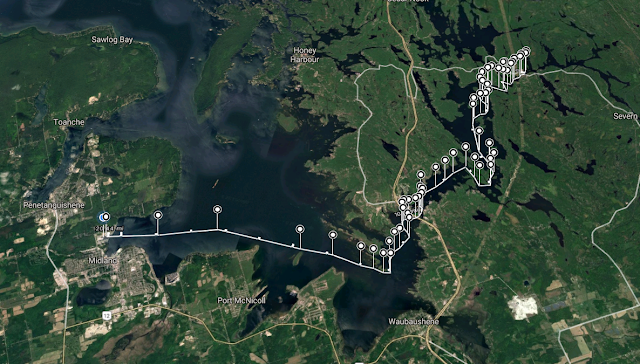 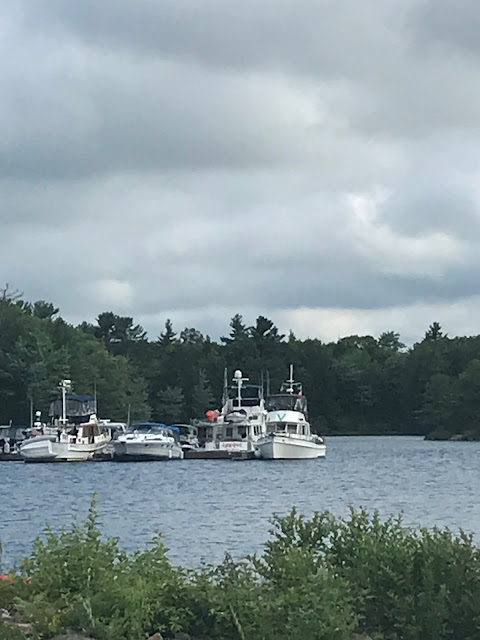 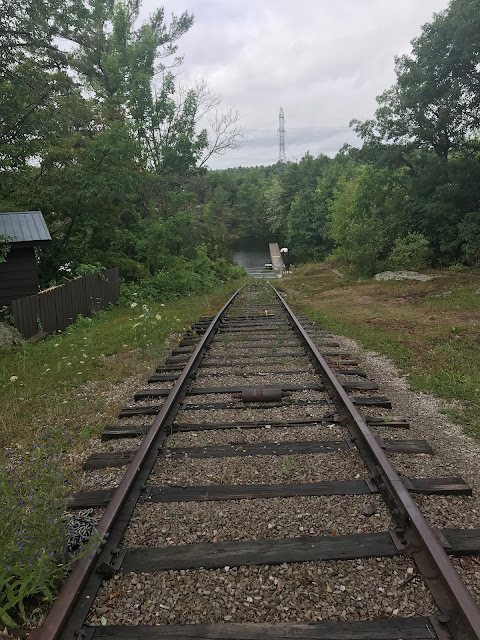 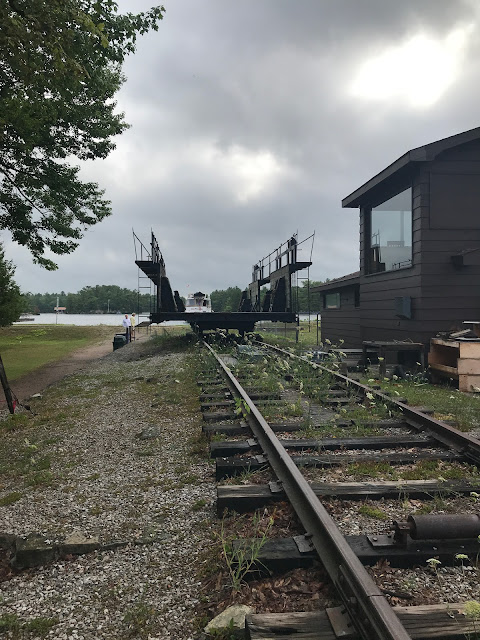 This is the original rail car no longer in use 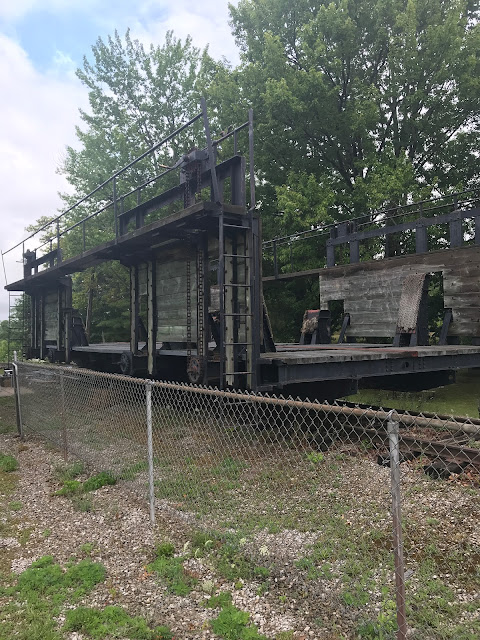 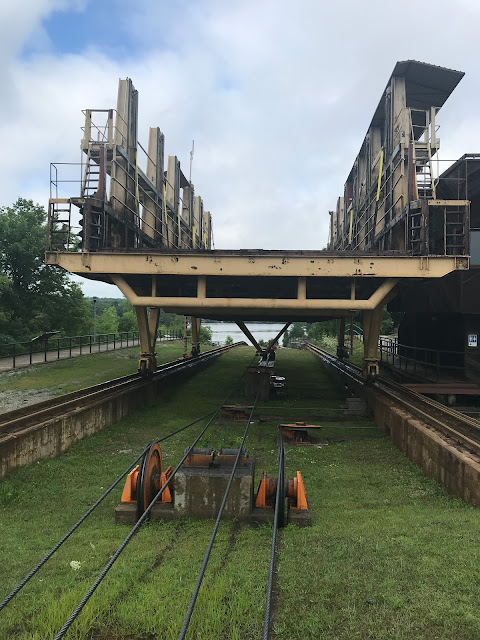 Current rail car being used every day all day 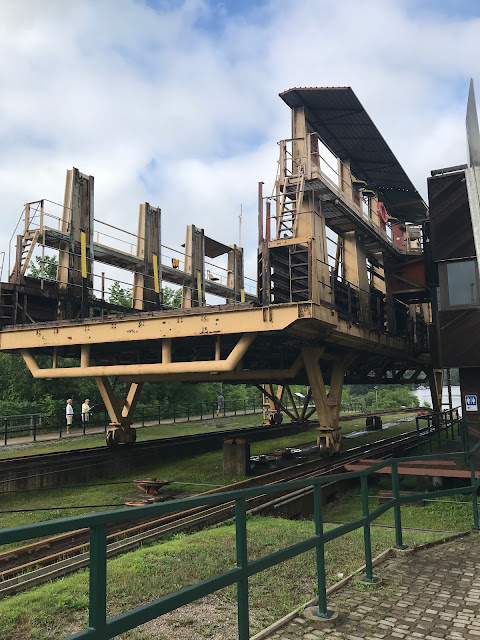 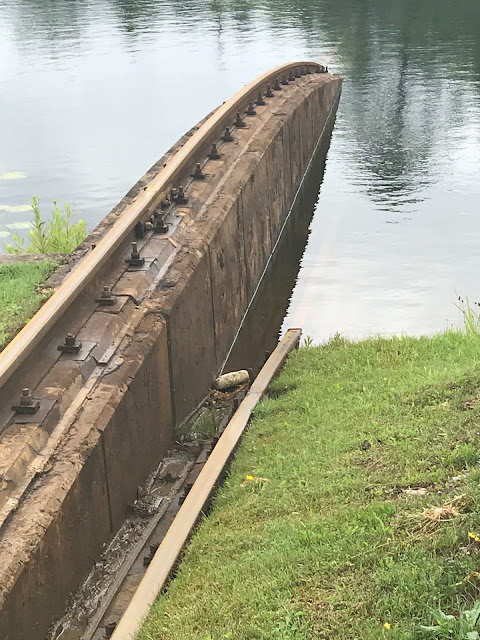 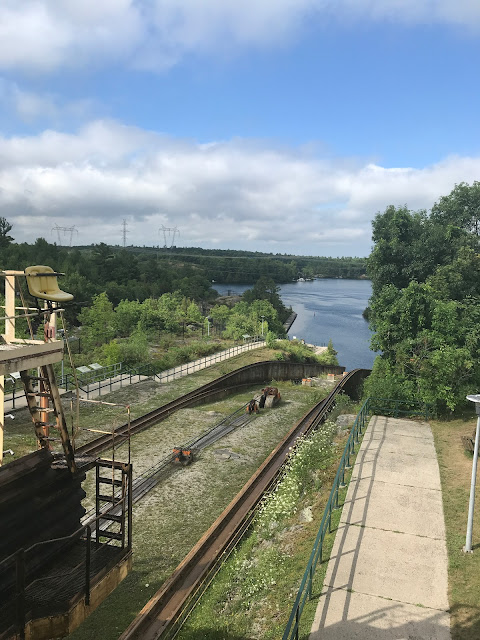 Looking at where we will be going, 65 feet below

The belly of the beast 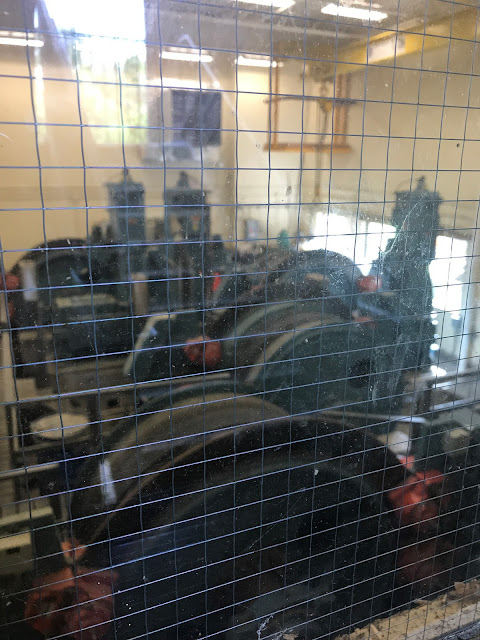 The heart of the beast 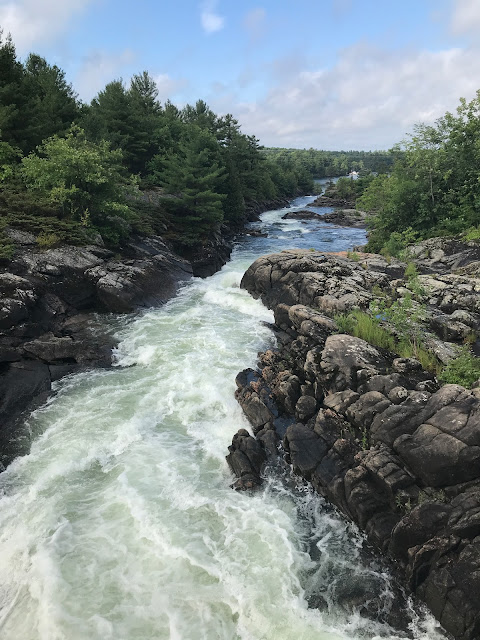 Raceway for the dam 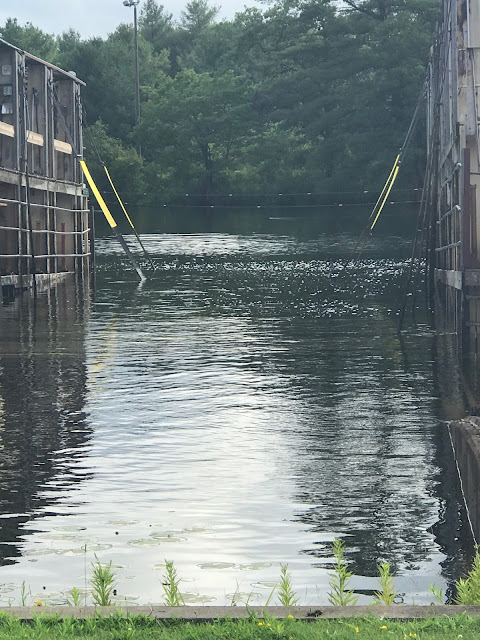 A look at the rail car from a boaters view 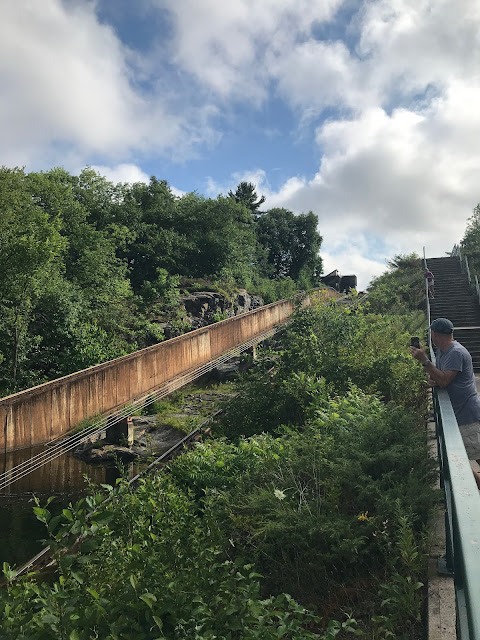 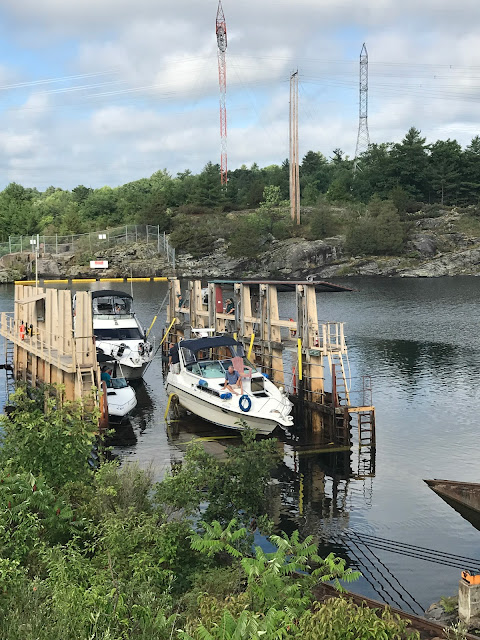 Boats loading on the lower side for a ride up 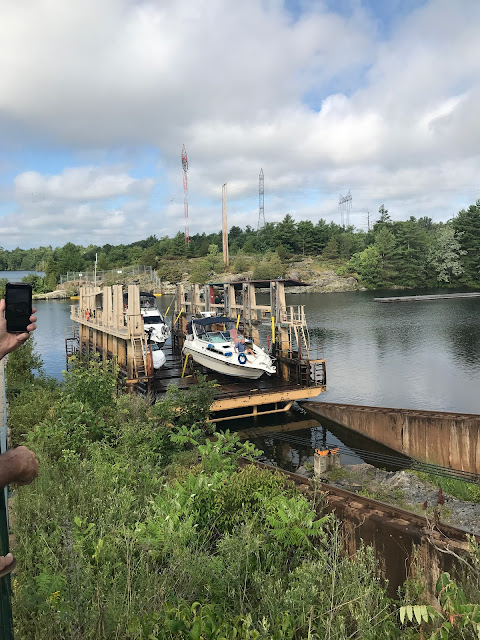 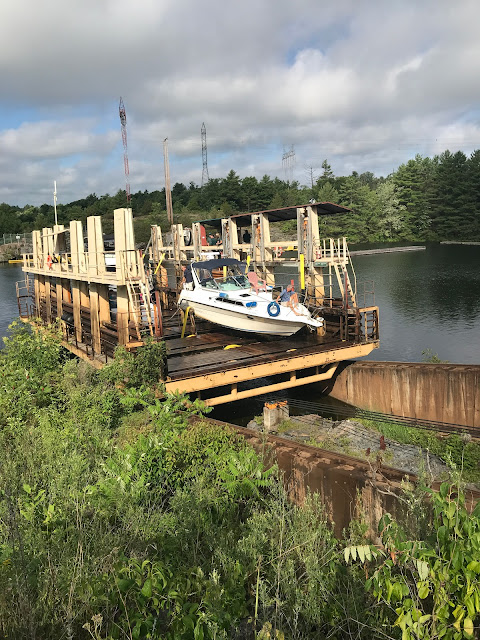 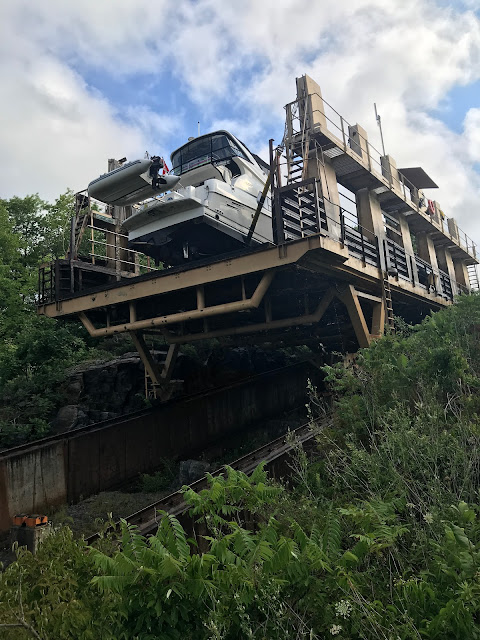 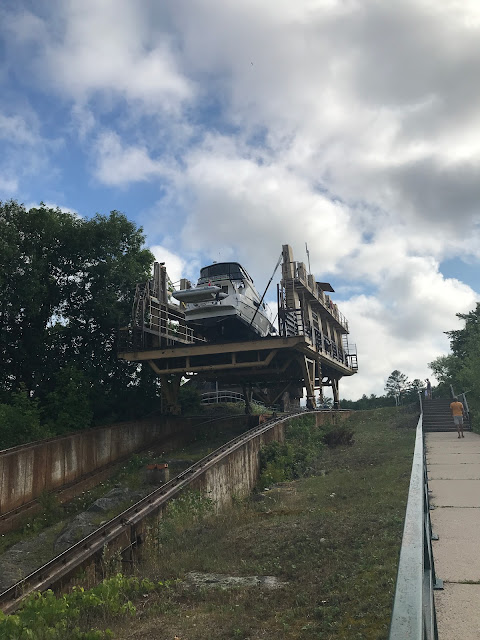 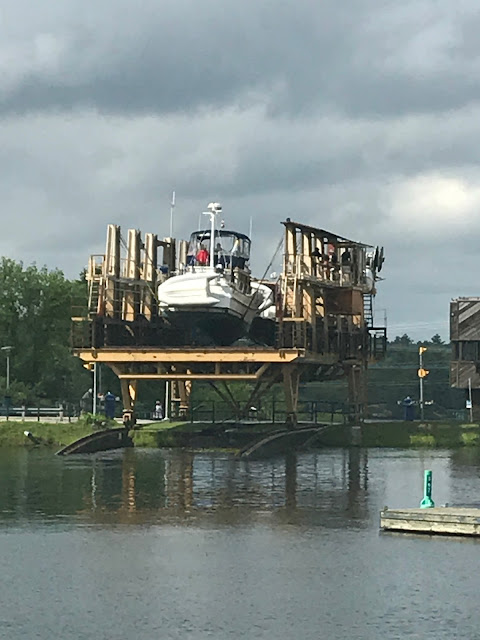 Dash Away and Miss Norma starting their ride down 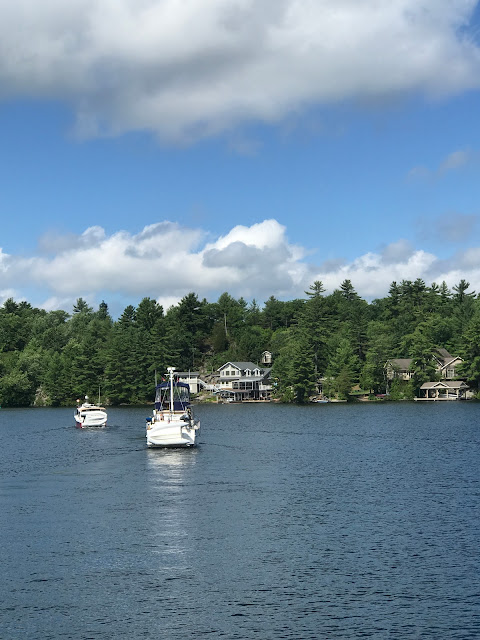 Once we landed safely on the other side with Miss Norma and Dash Away, we formed up and sailed for our final lockage on the Trent Severn Waterway 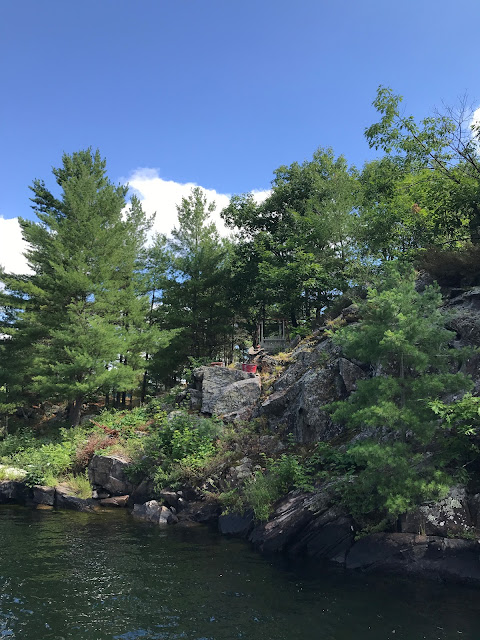 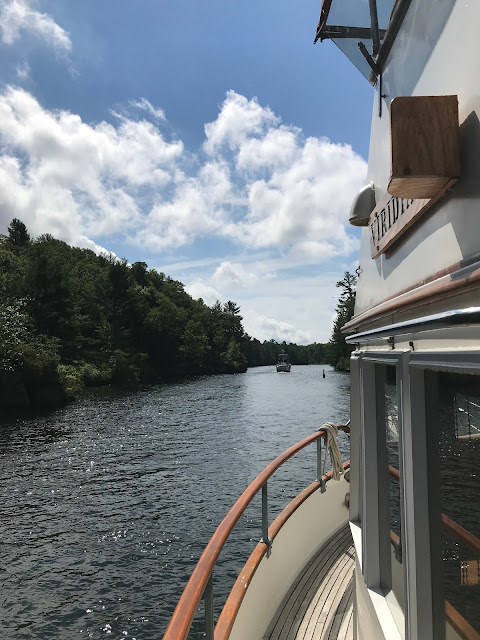 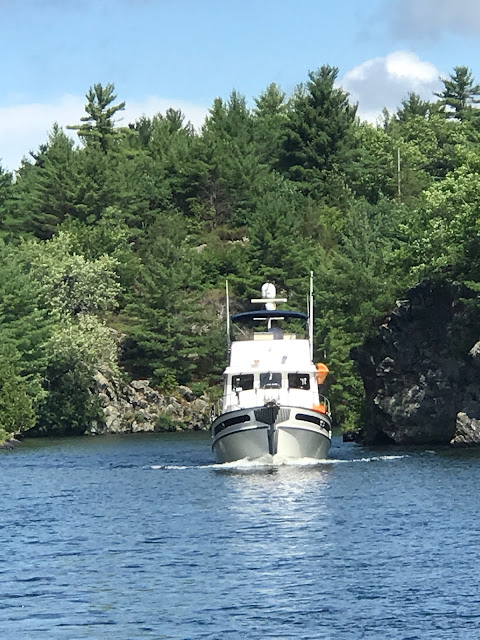 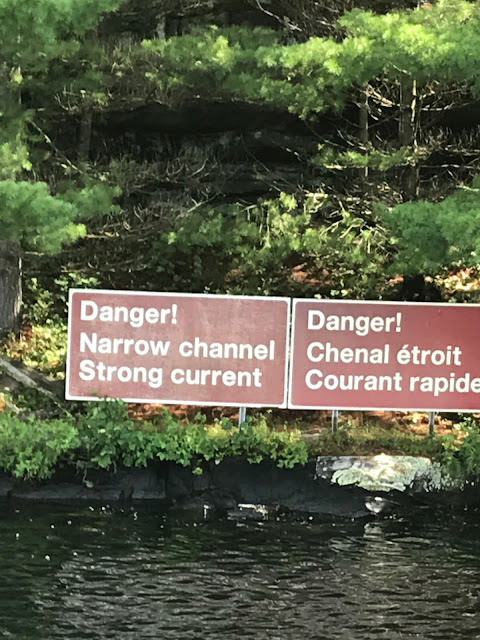 Comes with the territory 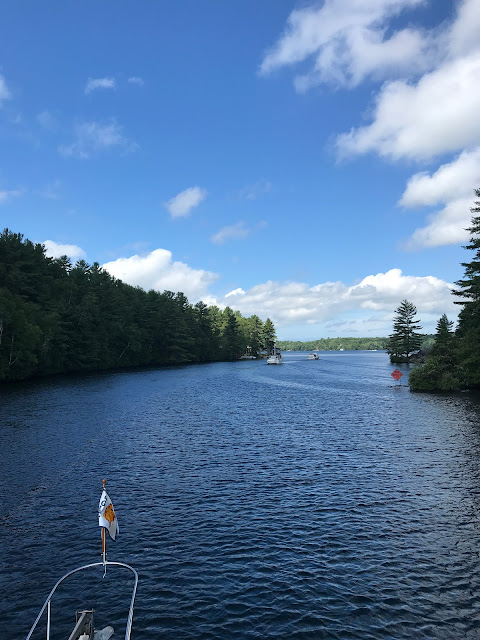 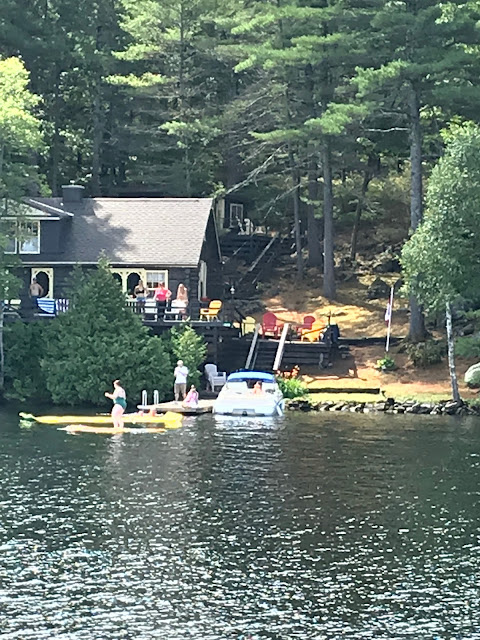 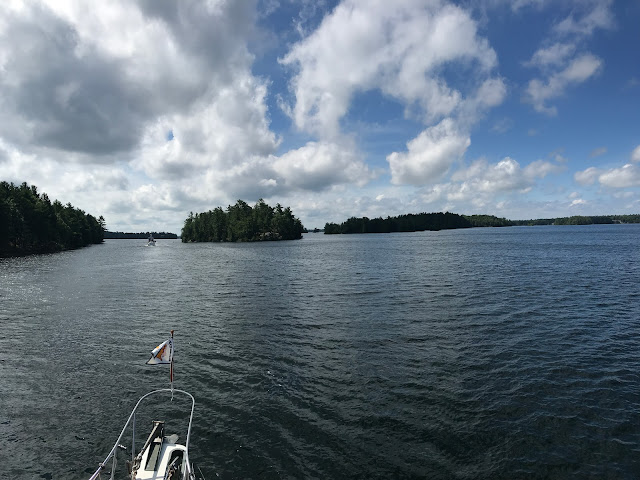 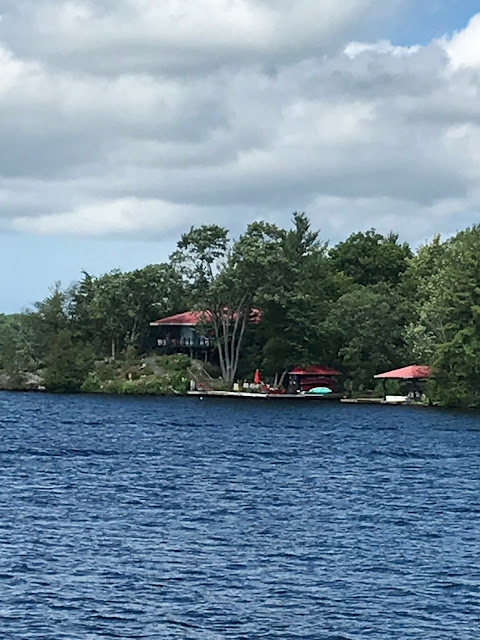 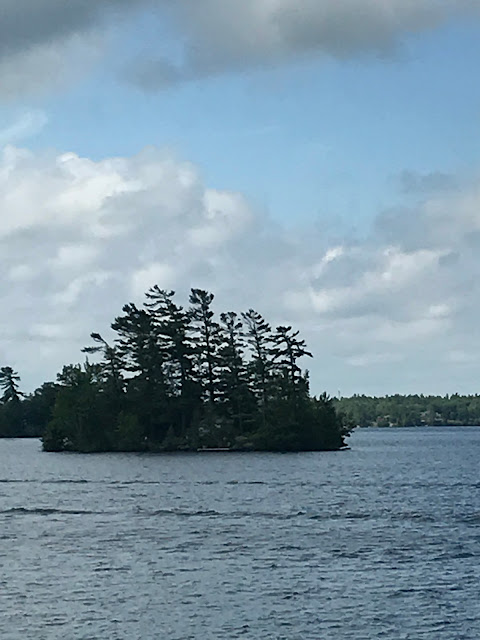 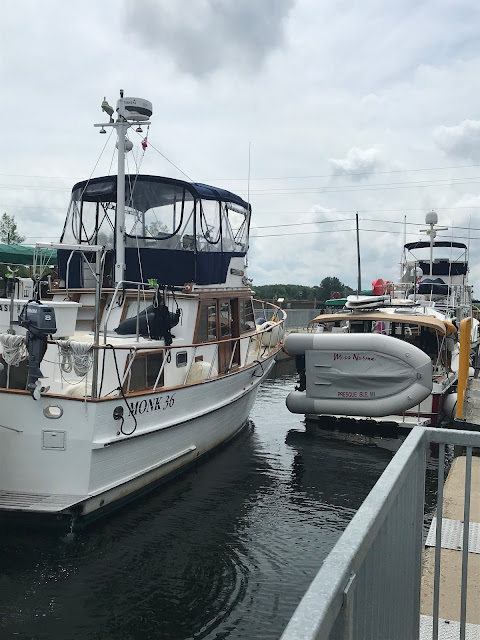 Last Lock, too small for more than two boats at a time

Posted by George Sanders at 4:00 PM