Henry's Fish Restaurant and Marina, situated on Frying Pan Island, is the first sign of civilization after leaving Bay Port Yachting Center.  A 0600 start with a spectacular sun rise was made to avoid bad weather forecasted for the afternoon.  A 34 mile cruise north, first in open water then in narrow channels of 50 ft deep water, crystal clear with rock islands dotting the path filled with northern pines and blue spruce evergreens. The open water run was what locals call "sloppy".  There was practically no wind but these 3-4 foot rollers would come out of nowhere and toss or boats a round.  Once we turned into the chanels and started weaving through the islands the ride improved greatly.

The weather never came as forecasted so we enjoyed a fair weather afternoon after a great fish lunch at Henry's.  The crew of Viridian ordered Battered Pickerel fish and chips.  We catch chain pickerel in Alabama and they are just as good no matter what water they are pulled from.  All of the customers at Henry's come either by boat or by sea plane.  The planes would land in the chanel and taxi up to the pier and 3 or 4 people got off then the next plane in line did the same thing.  All afternoon the sound of sea planes taking off and the arrival and departure of boats made this a hopping place.  As expected, they usually have a full house both at dinner and supper.  It is a busy place and the boats tied along the floating finger piers rock and roll until the traffic dies off at sunset.

We met some other Loopers here who had started in Florida and enjoyed hearing their stories of their voyages so far.  After we told all the tales and ate all the goat cheese and beet crackers, we snuck off to Miss Norma and enjoyed some homemade peach pie, made from fresh Canadian peaches purchased at a local farmer's market.  It's a tough way to live out here on the water with all this food and drink at every turn.  But, we will try to survive and make do with what we can until we get back to civilization. 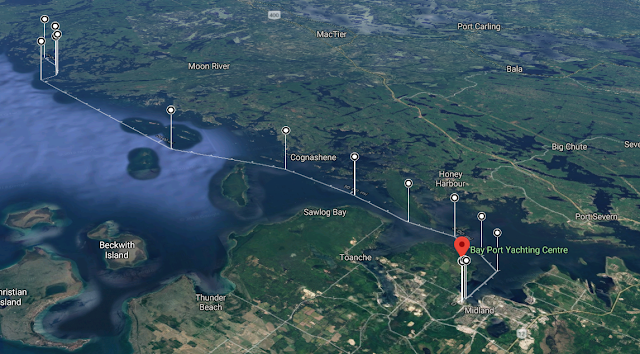 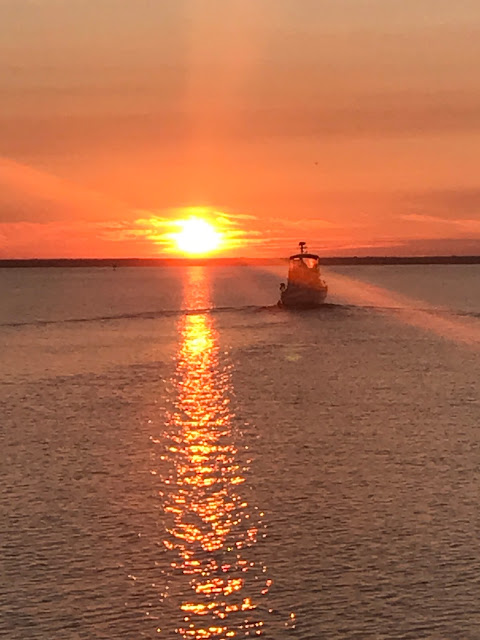 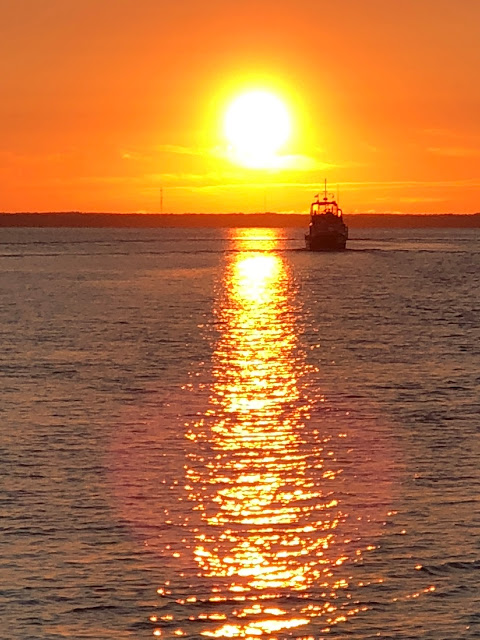 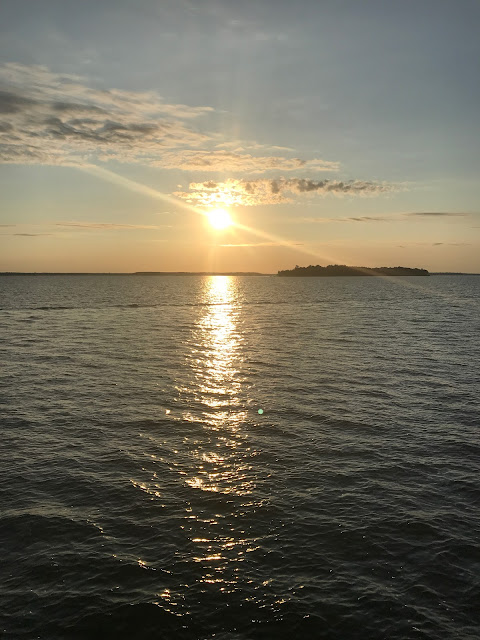 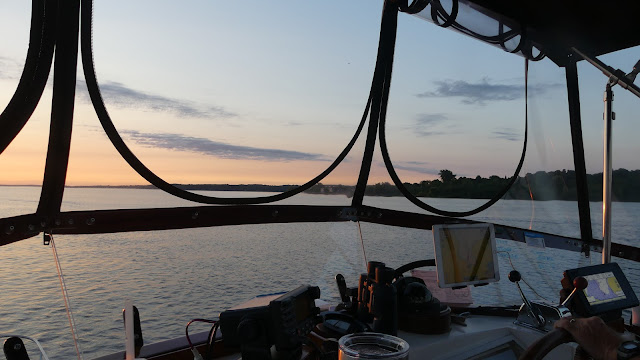 A View From Viridian 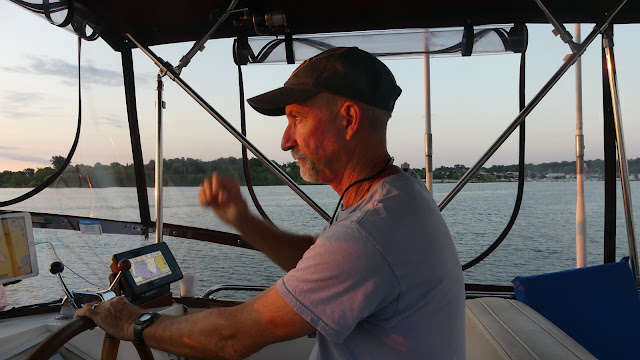 Just put my hat on 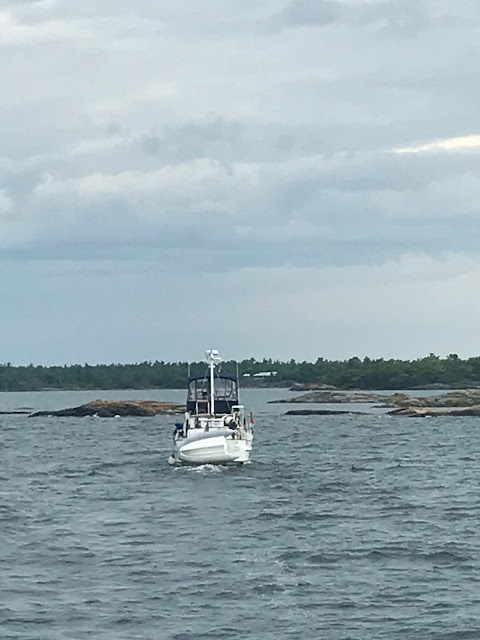 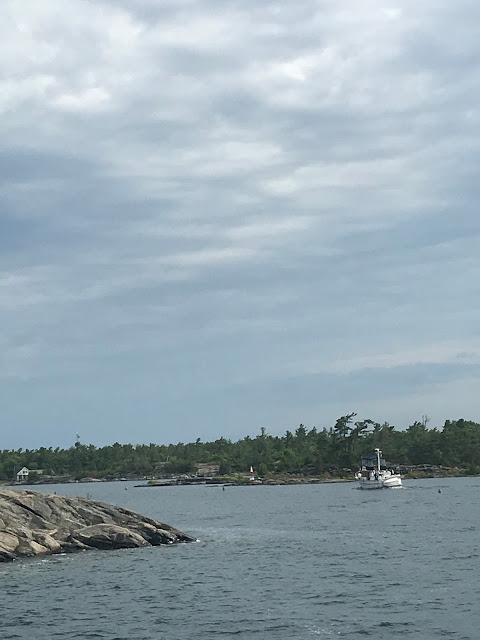 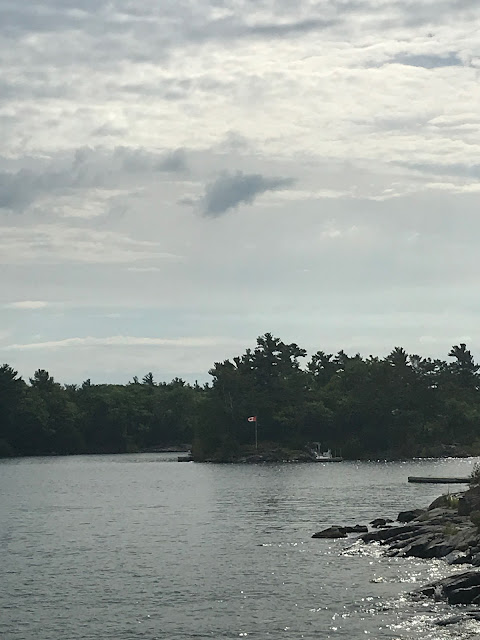 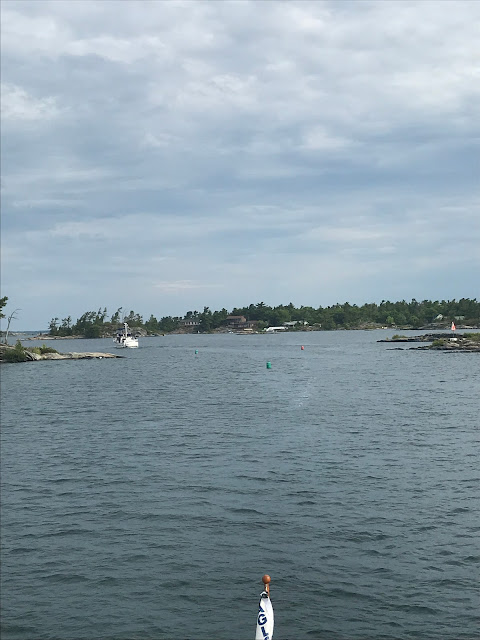 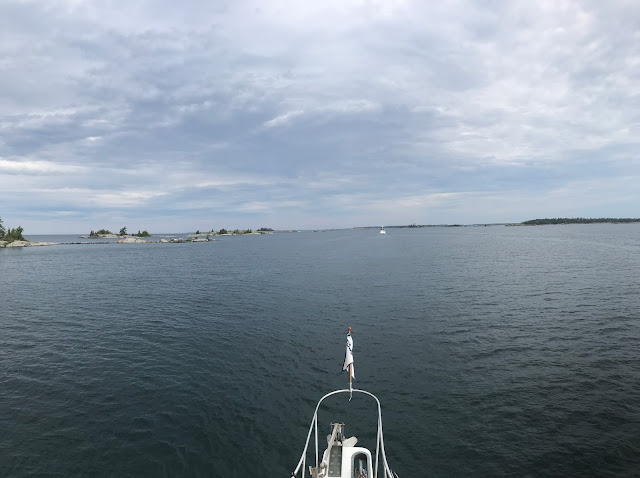 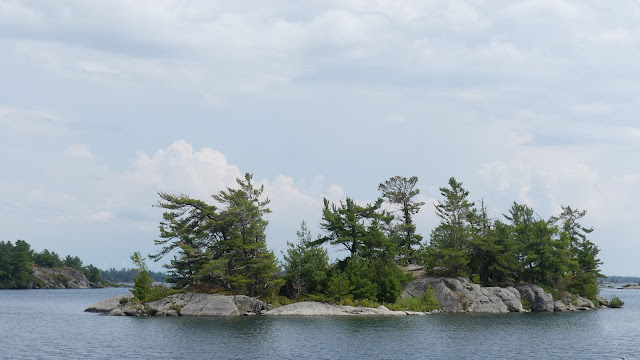 Nice Place for a Picnic 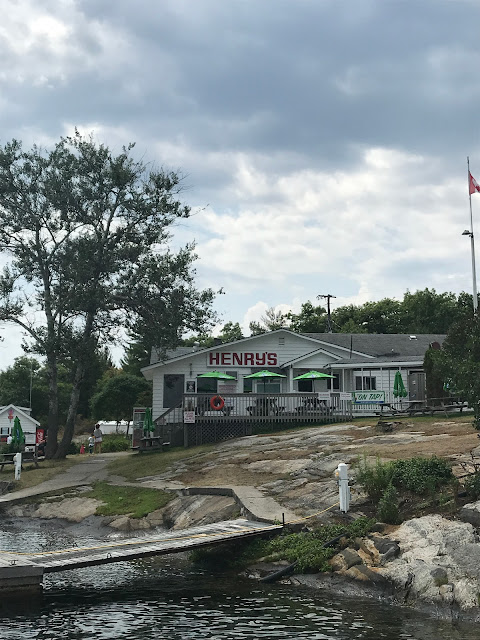 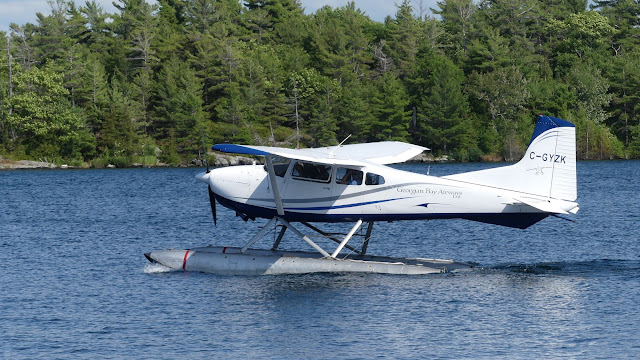 And the plane loads of people kept coming all afternoon 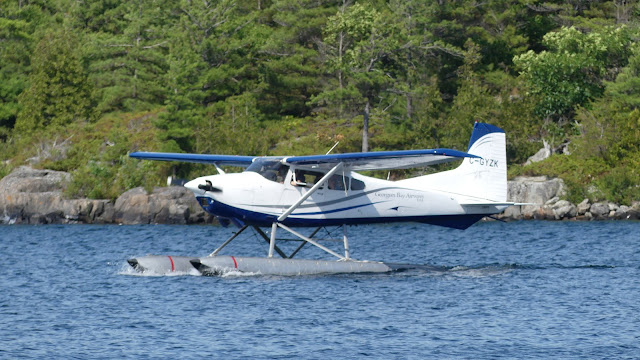 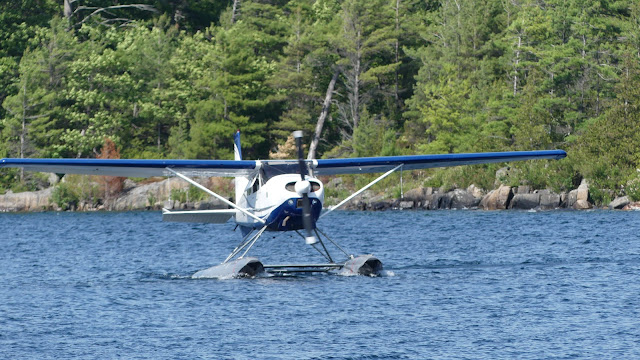 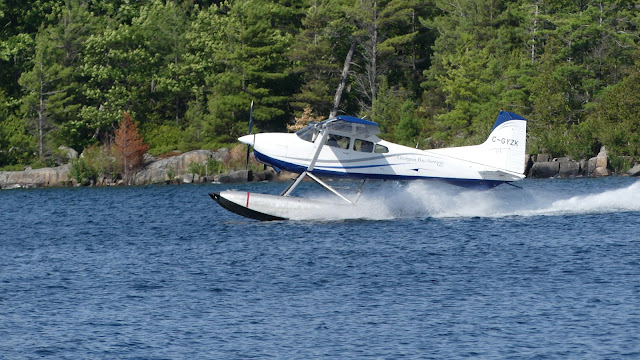 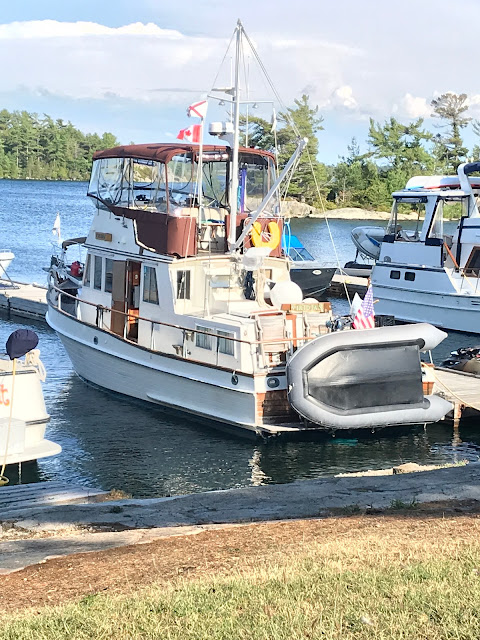 Viridian tied to the finger pier 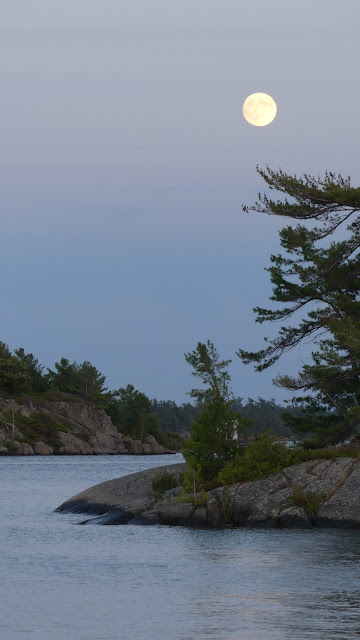 Now imagine you hear the Loon calling
Posted by George Sanders at 6:17 AM