Today was a day to rest and relax and that's pretty much what we did.  We woke up this morning to a light rain shower that apparently was the only precipitation shown on radar for the entire US.  The sound of rain on the roof justified the excuse for sleeping late this morning.  The rain quit at sunup so we got going making coffee and eating a light breakfast.  I got the fishing gear out and caught a couple of hand sized fish with yellow fins.  Didn't have any idea what kind of fish they were so they went back into the water.  We pulled up anchor and idled back out to the GIWW to head South to an anchorage off Sanibel Island.  On the way we were passed by "Golden" and chatted on CH 71 with them for a while and picked their brains for information on the area we were headed to.  This area of Florida has been their home for several years so they had some good advice.  Meg made reservations at a marina in Ft. Myers for Monday and Tuesday night and found a hair salon to get her hair cut.

Our first choice for anchoring was near the Sanibel Island Wildlife Refuge.  We dropped the hook about .1 miles from the shore at 11:30 this morning and made lunch.  After eating we just stayed on the flybridge and took a nap until the sun got lower in the sky.  The plan was to do some fishing in the bay but the wind was fetching across the open water and making for some uncomfortable motion on Viridian.  So we pulled up and cruised across the GIWW to the Southern shore of St. James on Pine Island.  The wind was lighter here and wakes from the boats traveling the waterway was not as bad.  We took Jazzy to a waterfront restaurant in St. James and ordered their Sunday special, Sweet Tea Fried Chicken.  Afterward we motored Jazzy through the canals that extended forever into the Island with houses packed tightly together.  Everything from mansion to trailers were along the canals.  The sun set as we headed back to Viridian for the night to catch another series or two of Gotham while the generator charges Viridian's batteries.  Here are some views of today's passage. 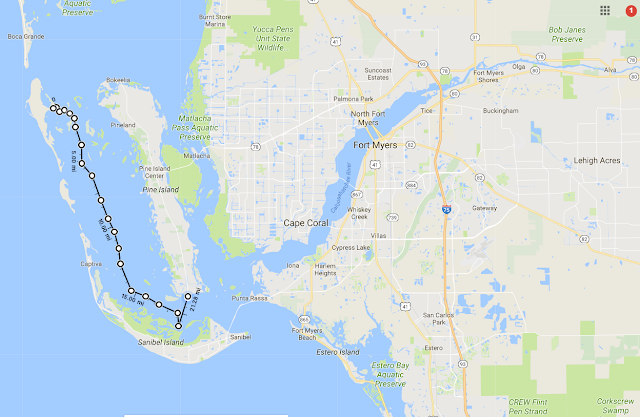 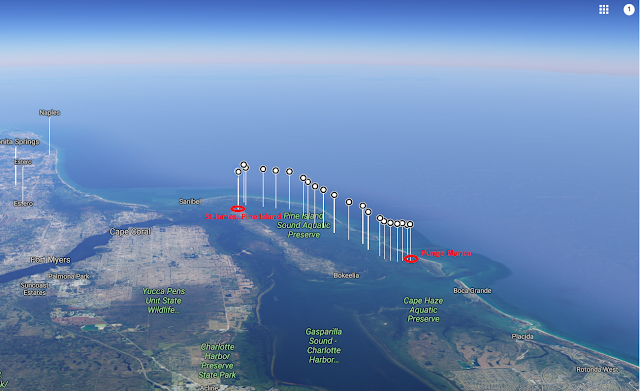 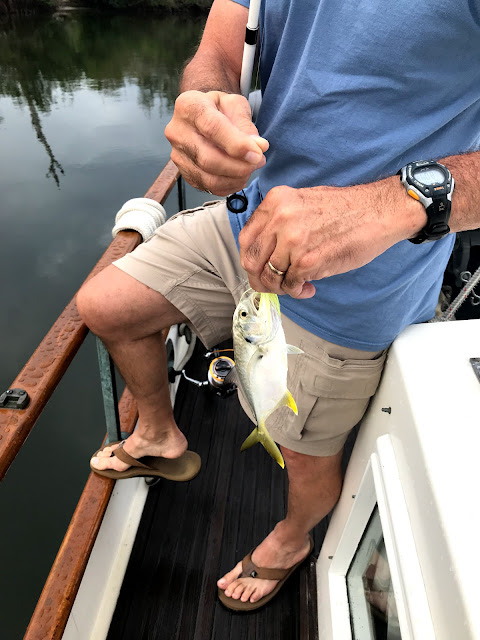 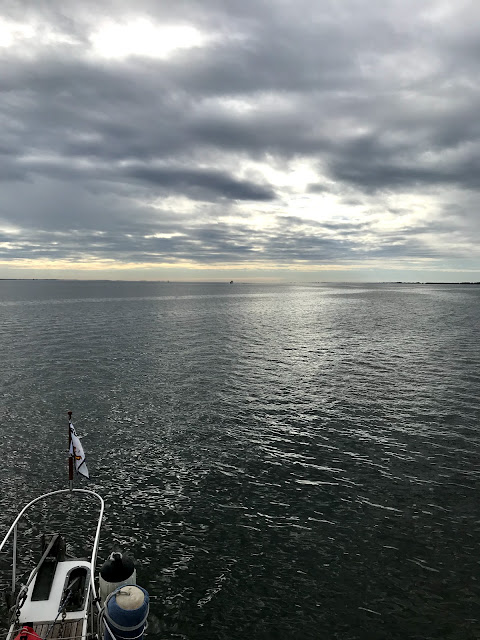 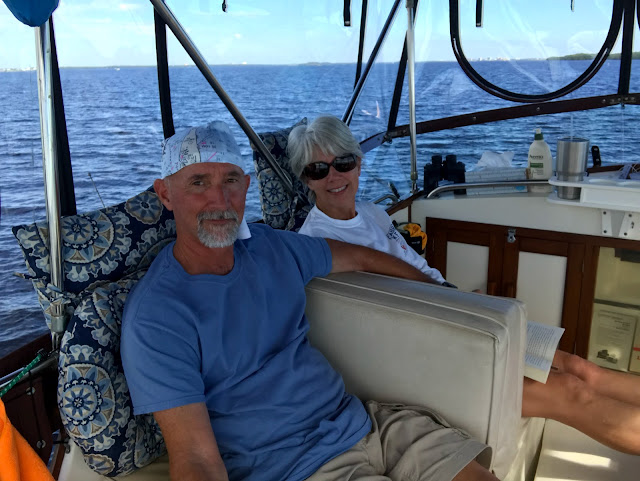 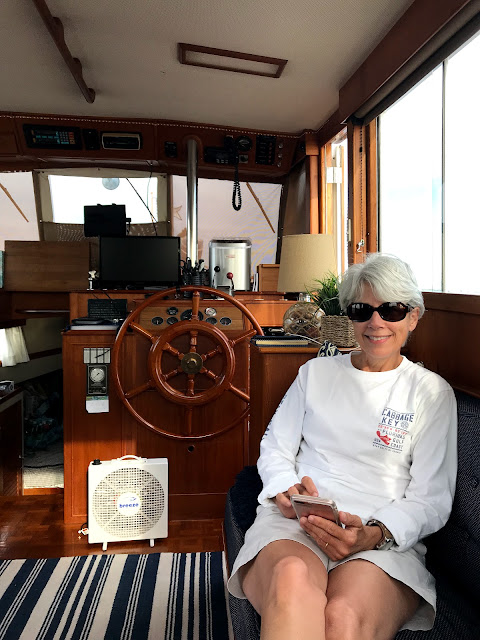 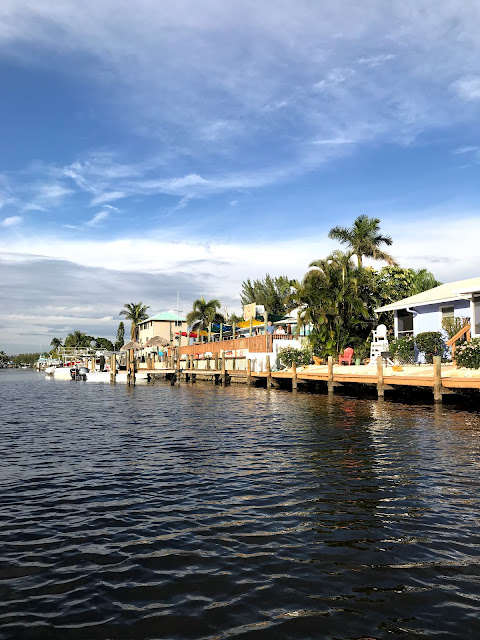 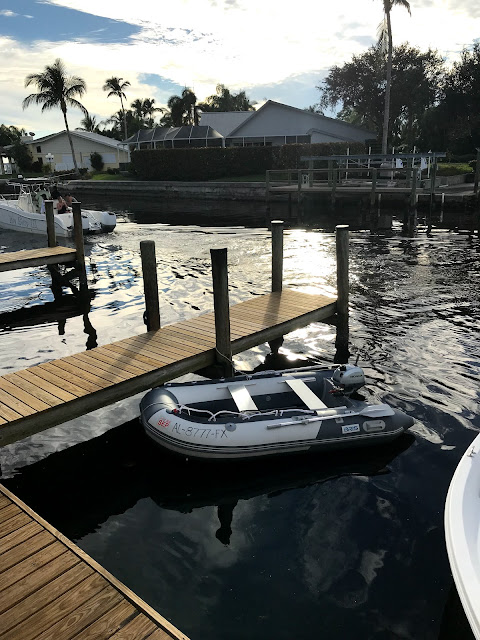 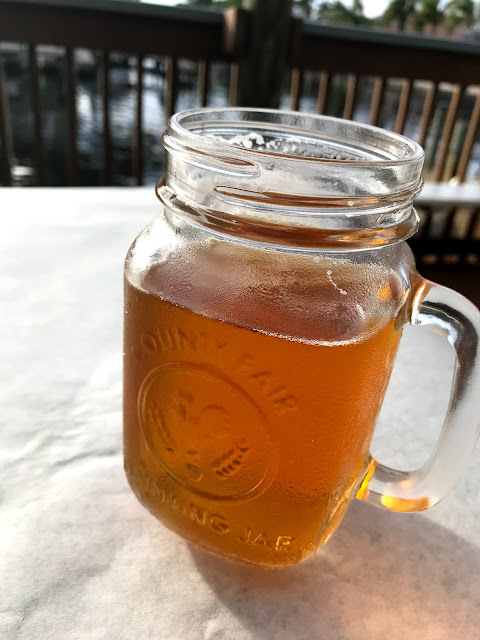 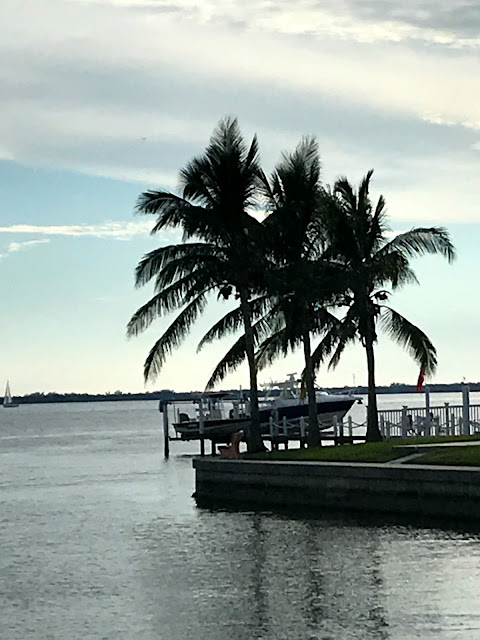 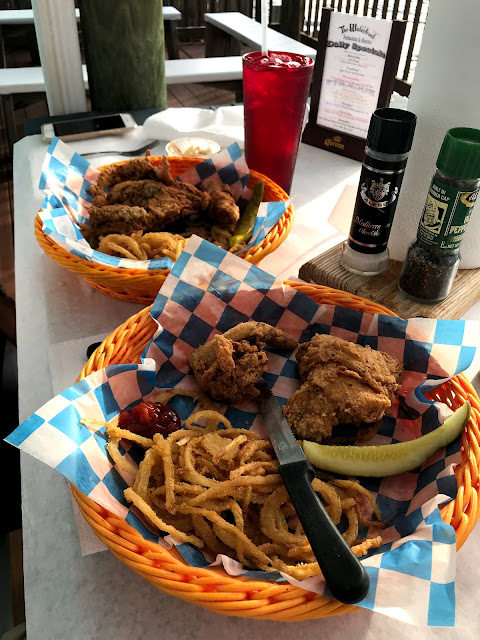 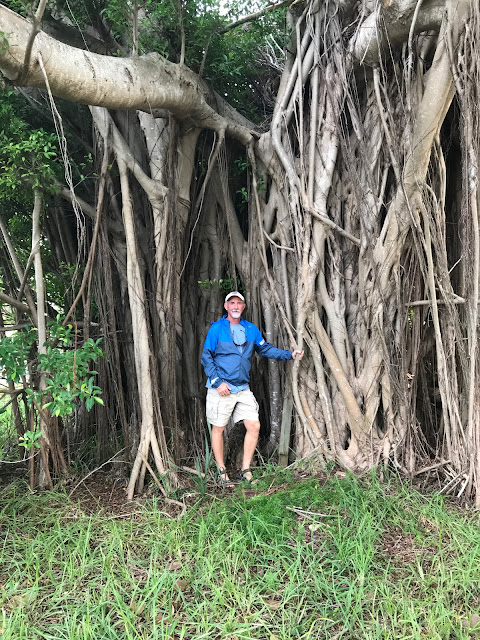 These trees don't grow in Alabama 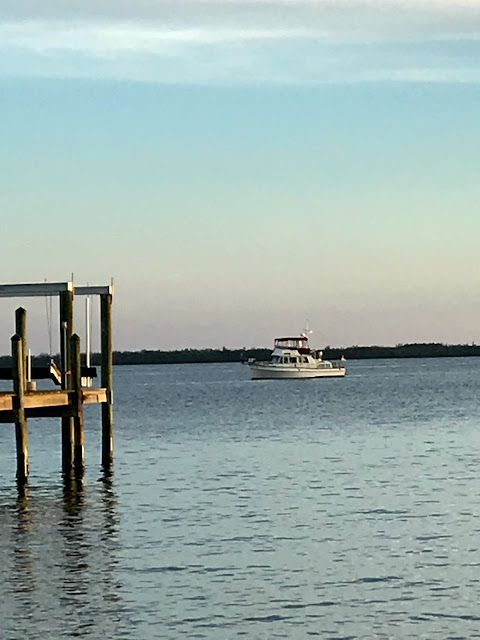 Viridian at anchor off Pine Island,FL 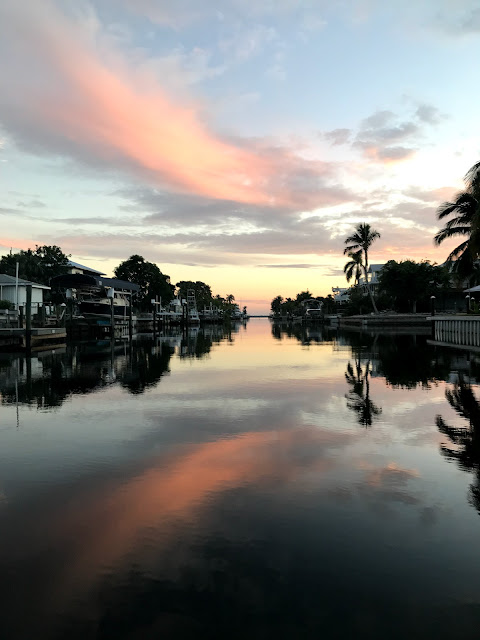 Cruising the canals in St. James on Pine Island, FL 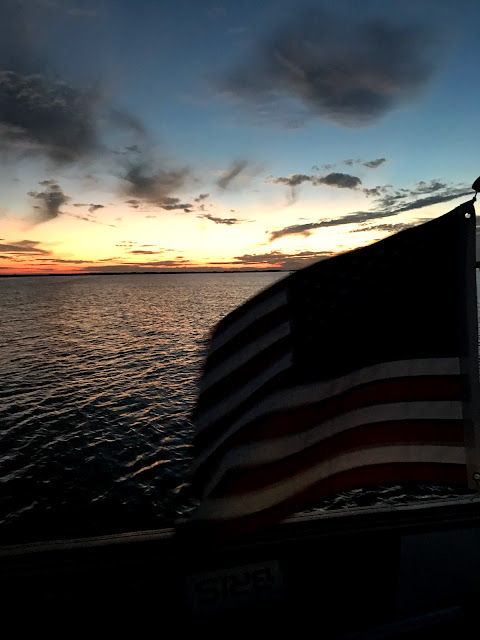 Sunset in Florida
Posted by George Sanders at 6:39 PM