Looking back on yesterday's blog caused us to laugh so hard we almost got sick.  We just couldn't stop laughing looking at the pitiful photos, and those were the good ones, taken along the way to Port St. Joe.  The message we are seeming to convey through photos is pretty sad if all you can see is our post.  The truth is that we are surrounded by huge bodies of wind swept water in these bays we just crossed.  The sun is low in the South and on clear blue sky days it lights up the Northern shore in a way I can't describe and a camera falls far short of capturing.  We are usually disappointed after reviewing our shots taken during the day because we just don't see in them what we experienced along the way.  The times when exciting photos opportunities come up but we are too busy to fumble with a camera so it gets left out of our daily posting.  For example, yesterday we knew a tug named Creek was East bound on the GIWW because we saw him pass PC Marina while we were preparing to leave.  He had an hour lead on us but we knew we could catch him before the GIWW necked back down to a narrow canal.  We caught Creek just before entering the canal but first we dealt with an ocean going vessel crossing in front of us to dock at a paper mill to the North and a construction area caution zone under a bridge all while F-22s out of Tyndall AFB were flying on afterburners right over Viridian while we tried to communicate with the tug under the bridge.  There were also two sailboats we had to overtake to get to Creek.  One sailboat had a really cheap radio and the captain spoke with a thick accent, sounded like Watto, the  Toydarian junk dealer in Mos Espa who bought Shmi Skywalker and her son Anakin from Jabba the Hutt. While all this was going on Creek was scrubbing along the bottom of the channel kicking up thick dirt-filled seawater that Viridian was sucking into her engine cooler.  Once we passed the two sailboats (the channel goes to about 2 feet deep outside the marker buoys so all larger boats are confined to the channel) I contacted the captain of Creek and requested a pass.  He said we could come by on the 2-whistle on the next strait.  We were hugging the left channel markers trying to avoid the dirty water and trash kicked up by Creek.  We went to full power (note: that means going from 8.5 mph to 9.5 mph and a lot more noise) and crept between Creek and the red channel buoy and back into clean water.  After we passed we entered the narrows where most of our pictures were made.  Listening to the radio chatter we heard that Creek had slid out of the last turn and was stuck in shallow water outside the channel.  The other boats behind him had to wait till Creek backed out and got going again,  By then he had churned up a new channel.  The last thing we heard from the captain of Creek was, "I didn't understand a single word you said" to the one sailboat captain.  All this obviously can't be captured on a camera but hopefully our readers can see that we are not just putting through the maritime junkyard on our way to the Gulf.

This  morning we were up a 4 AM doing our usual routine and got Viridian underway at first light.  We idled out of the marina and followed our bread crumbs back to the canal and back out to the GIWW and made a turn to starboard that took us 60 river miles to the town of Carrabelle, FL.  Along the way we made a few photos but again, we are cruising through remote areas way off the beaten path till we reach the coast where there is nothing but water and sky.  However, while we were trying to make out the buoys against the sun in the South a bald eagle snags a fish from the water in front of out boat and dauphins are always catching a ride on our bow wave.  There is interesting chatter going on on side channels on the VHF radio that give us some insight to commercial tug operators.  We also discovered that the tug Creek was ahead of us somewhere out of range of our AIS and we would have to pass him again today.  Well, we caught Creek again and he was stuck in the shallows out of the channel just after passing under the Bryant Patton Bridge that connects East Point with St. George Island over the Apalachicola Bay.  He had churned up more bottom material for miles and was making a big mess where he was stuck.  I radioed him to get permission to pass and so we went around him on the 1-whistle this time.  Viridian purred along North of St. George Island to East Pass where we will enter the Gulf of Mexico tomorrow at 3:00PM for the crossing to Tarpon Springs.  Turning North after the pass we sailed up the Carrabelle River to C-Quarters Marina, did a stern first docking in light wind and current and tied off to creosote pilings for night.  The loopers self organized at a meeting on the dock and paired off into three cruising speed groups; slow, medium and fast.  Medium is where Viridian and two other boats, Golden and Observer landed (8-8.5 gps/mph).  We will all recheck the weather in the morning and decide yes/no.  If yes, we will all leave Carrabelle at 2:00 PM and cruise out East Past into the Gulf to the red "R2" buoy and make a bee-line to red buoy "R4" just North of the Tarpon Springs channel just above Clearwater, FL.  If NO, we will spend at least a week in Carrabelle.  They have a great hardware store there. 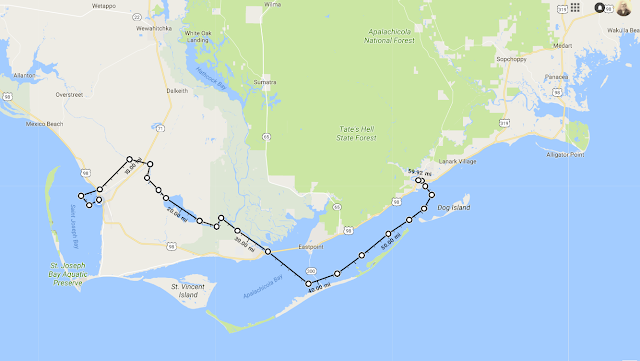 Our Route from Port St. Joe to Carrabelle, FL 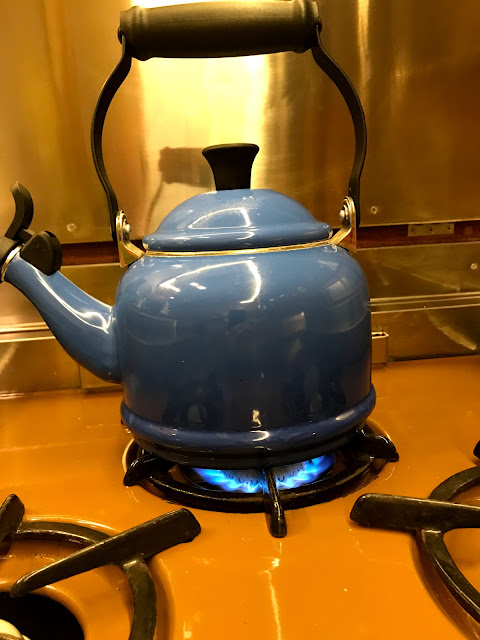 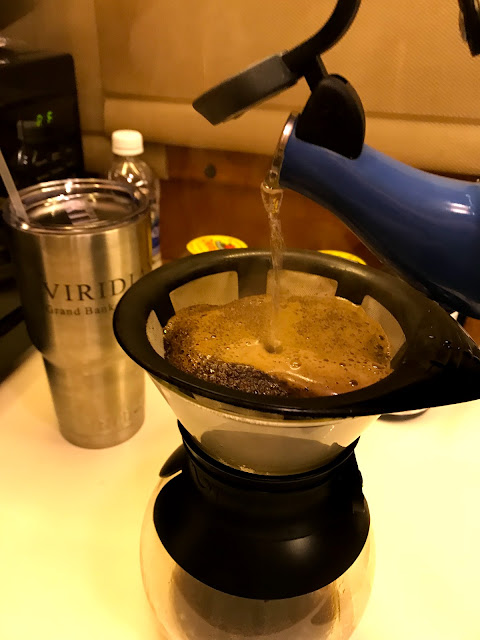 This goes down before the sun comes up! 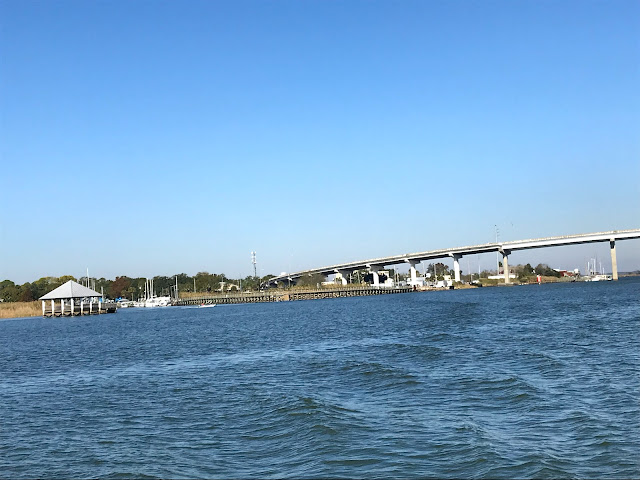 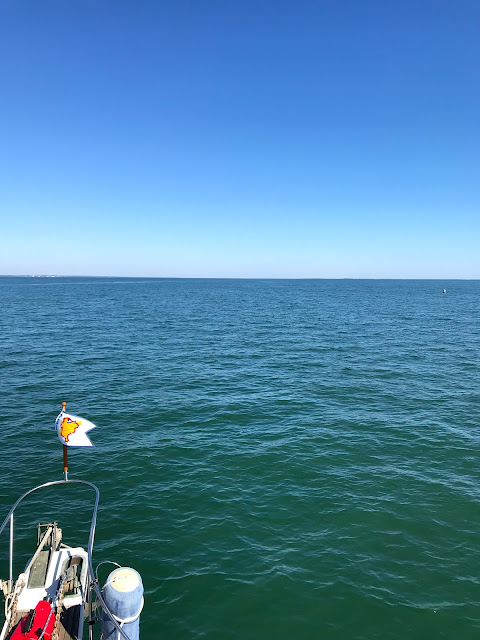 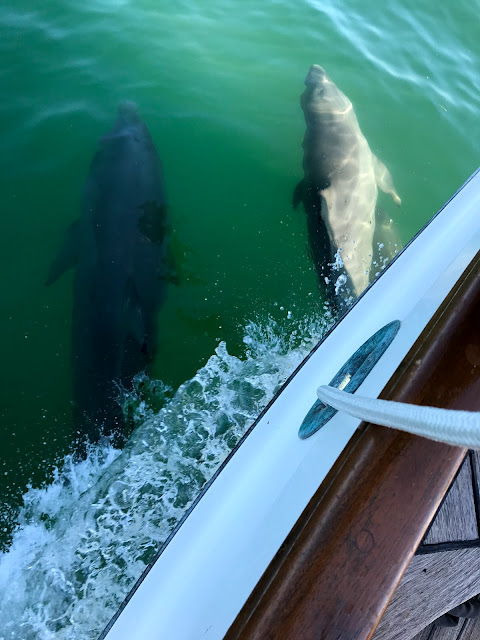 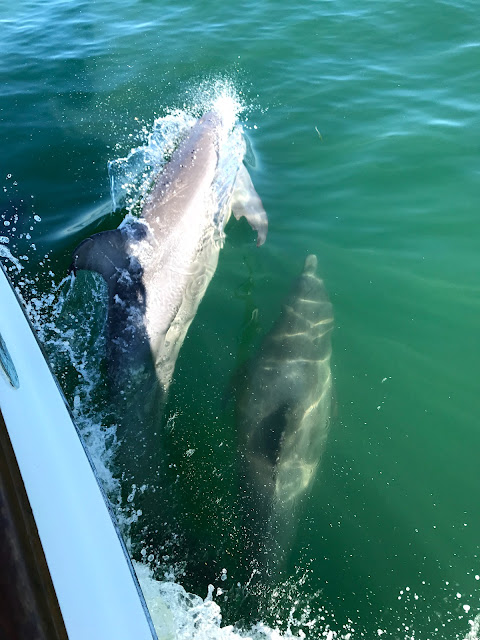 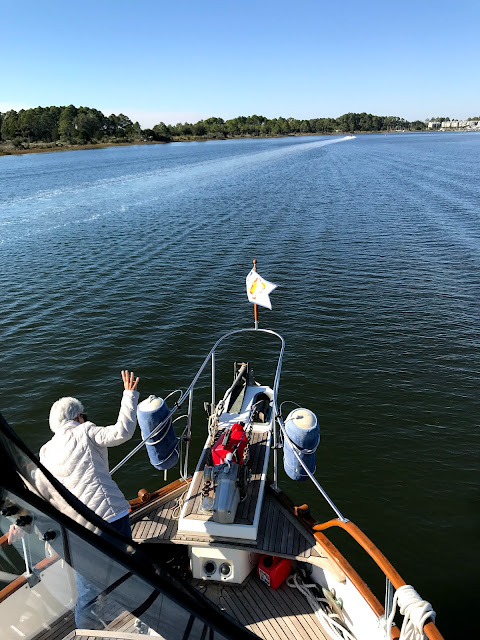 Now there are four! 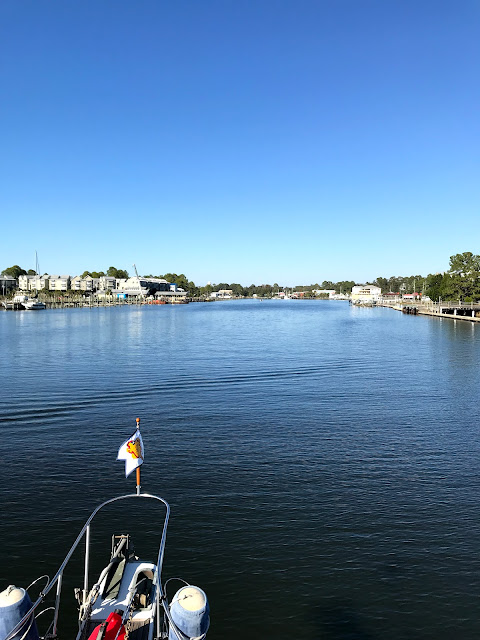 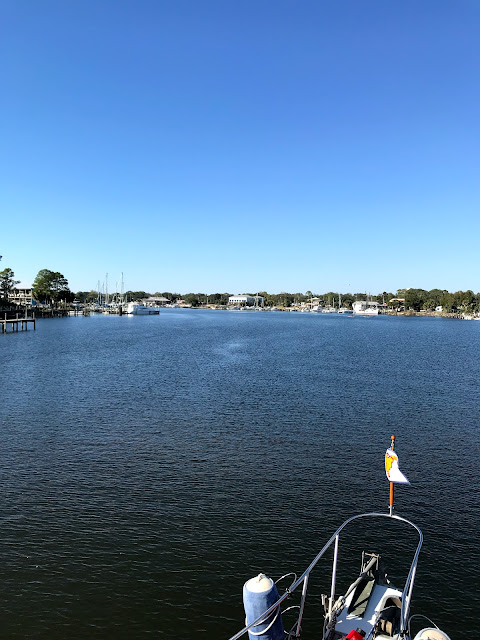 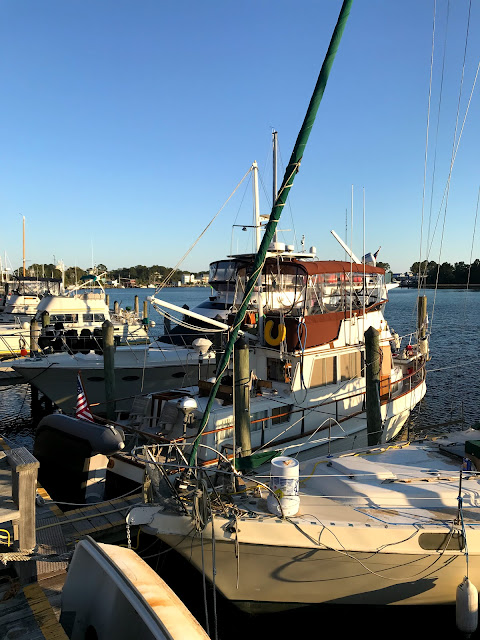 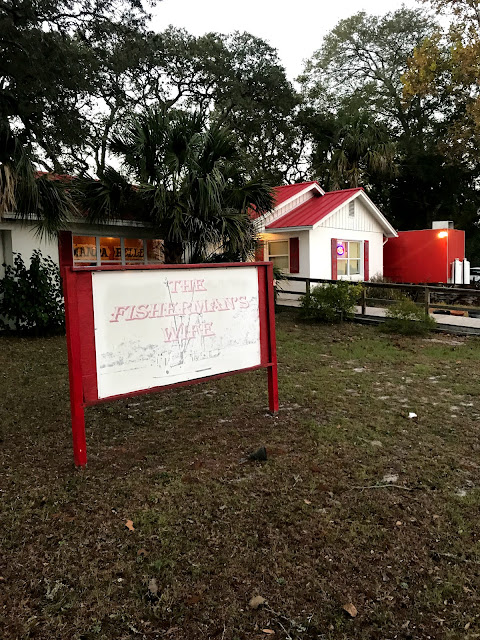 Supper at the Fisherman's Wife Restaurant
Posted by George Sanders at 6:58 PM