Bashi Creek was a fantastic anchorage, a quiet little creek that is deep and basically no current.  We slept with the windows open and a mostly full moon shined down through our hatchway screen with the owl's conversations filling our berth all night.  Several tugs passed along the river channel during the night almost silent until the business end passed.  We had our bow anchor deployed, and I tied a line to a bush to keep the stern tucked in.  The 5:00 AM alarm went off and we started our getting ready to go ritual, which always starts with making coffee.  Once the sky lightens enough to see, we start the engine and turn on running lights, bow thruster, radios, radar and depth sounder.  The chart plotter comes to life with today's cruise plan laid in, anchor comes up and away we go to Bobby's Fish Camp.


It was a short run down to Bobby’s and Viridian was the first boat out of Bashi Creek and steaming south for the last docking pier on the Tenn-Tom.

Normally, Bobby’s is first-Come, first-served, but not when boats over 60 ft. come in.  After we had arrived early (so we could get both boats tied to the short dock), we soon found out that we had to move off to make room for the 60-footer coming in tonight.  Viridian and Moni-Jean untied and moved 100 yards up river and dropped our hooks on a rocky bottom.  We had to throw out our stern anchor to keep the backend from swinging around because of the wind.

At about 0100 that morning I was awake and thought I saw a flash of light.  I got up expecting to see a barge coming down river, but it looked more like lightning north of us.  A quick peak at the weather app on my cell phone showed one red bleep that was the only thunderstorm in North America, and it was headed straight for us.

The storm came and went and we were tossed about a bit, but the early morning light reveled a different view out the port window, which meant we had moved somewhere we were not supposed to be during the night.  I got up and went aft to haul in the stern anchor only to bring up a limp anchor line with no anchor attached.  I guess I just didn’t tie it on well enough and the storm worried it loose and we swung into the bank.  Had to deploy Jazzy and use her to swing Viridian off the bank and back into deeper water.


Nothing was damaged but my ego, since I had never had a bowline come off of anything before.  We will have to look for another anchor when we get to the Gulf. 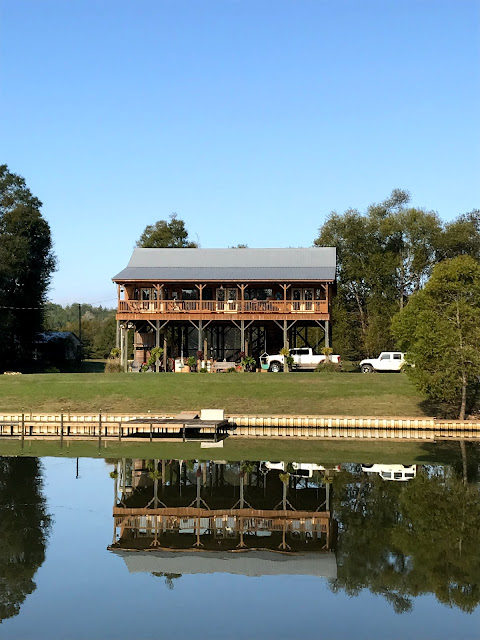 Lake homes along the way 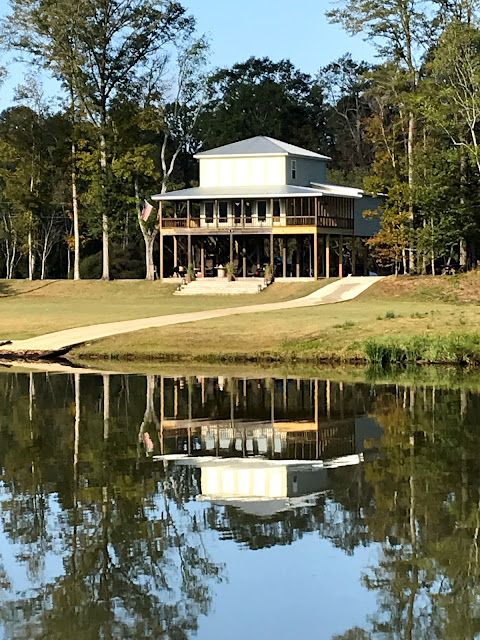 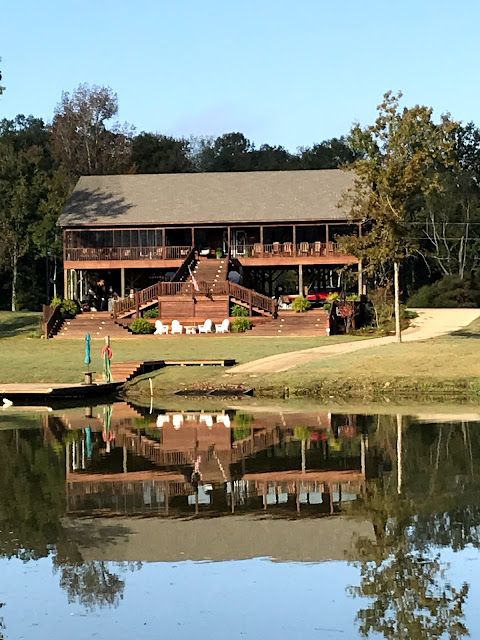 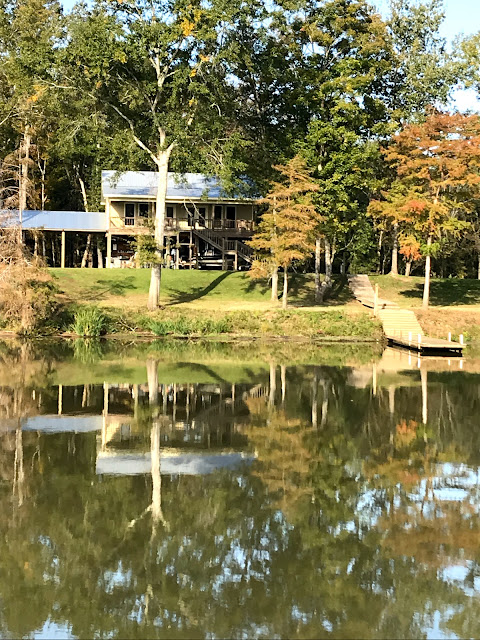 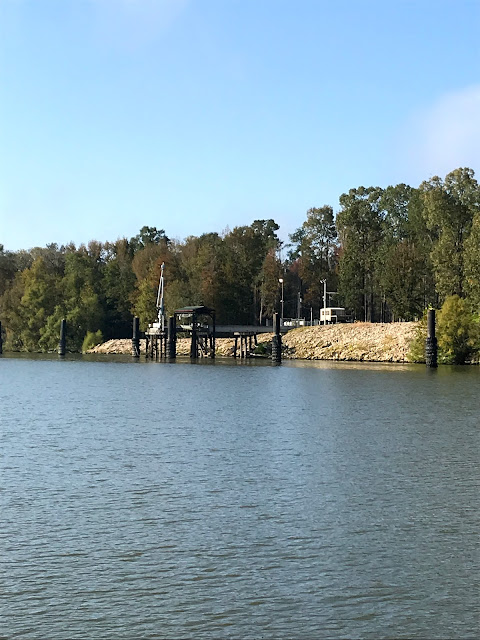 Barge terminal of some kind 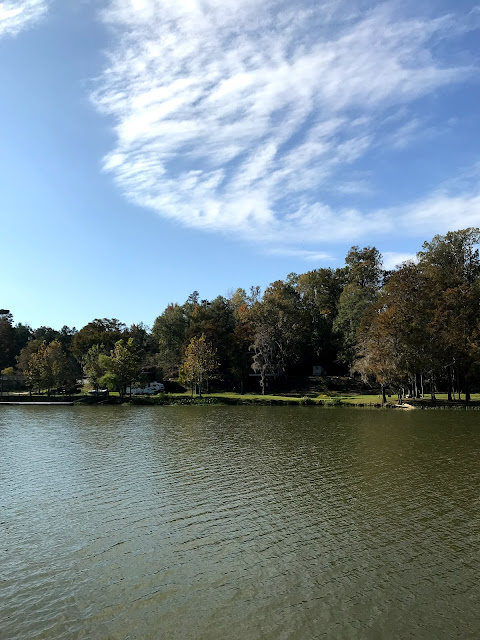 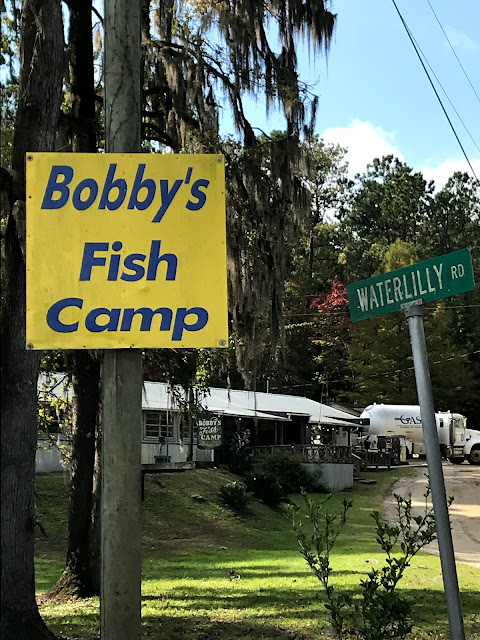 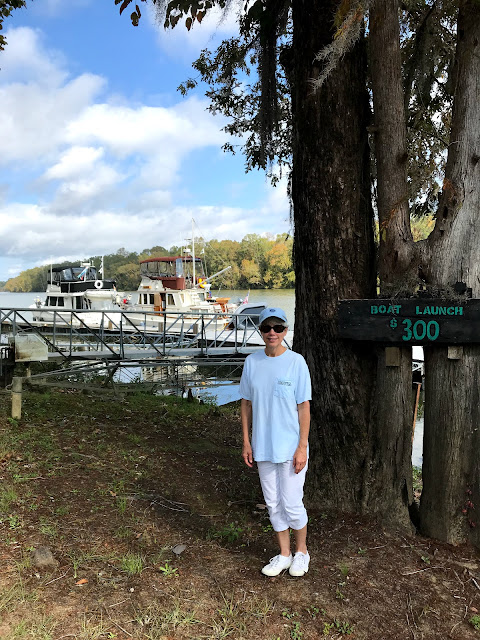 All tied up at the dock.... Until we weren't 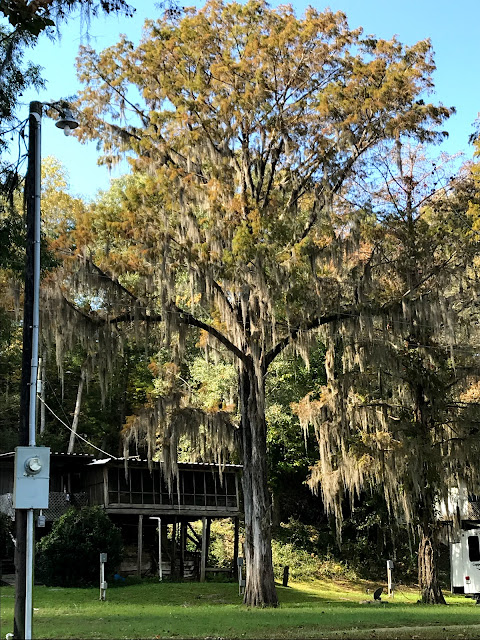 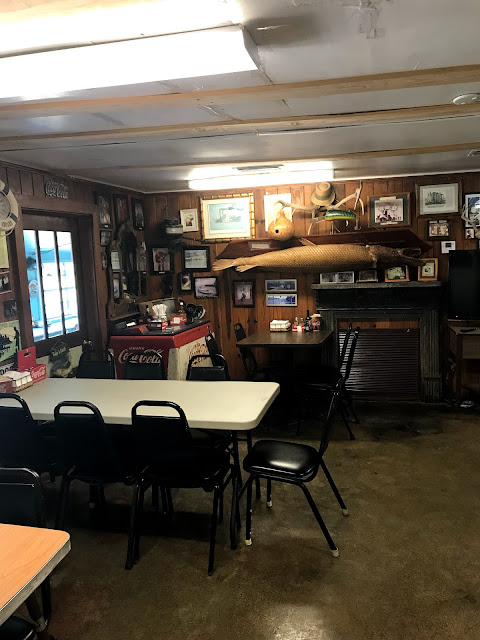 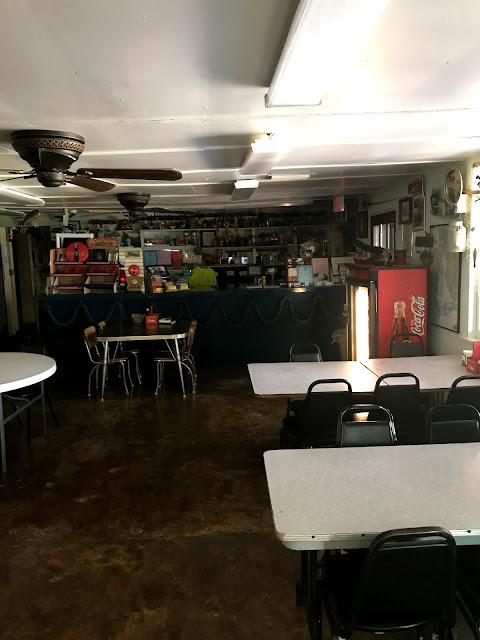 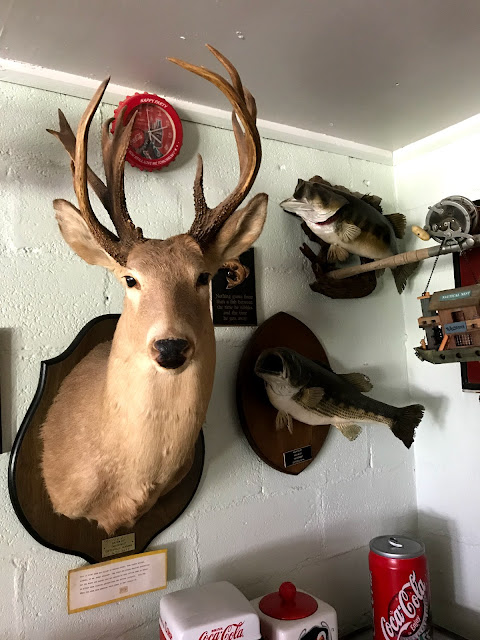 Stuff on the wall 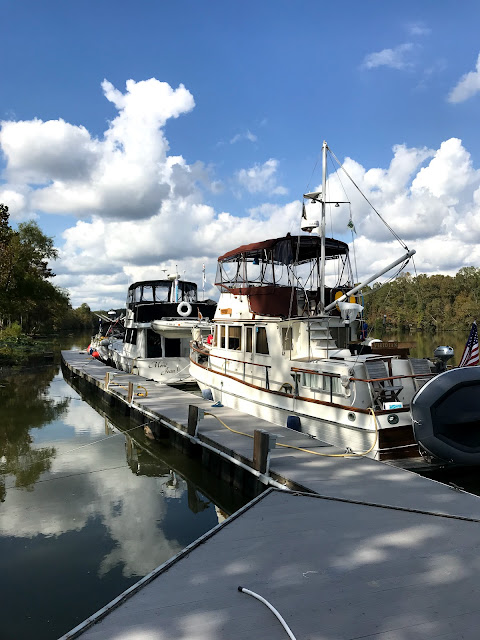 Bobby's is First-Come-First Serve.. Except

Except when two boats over 60 ft long come in... so out we went to anchor.  So much for the Early Bird Thing 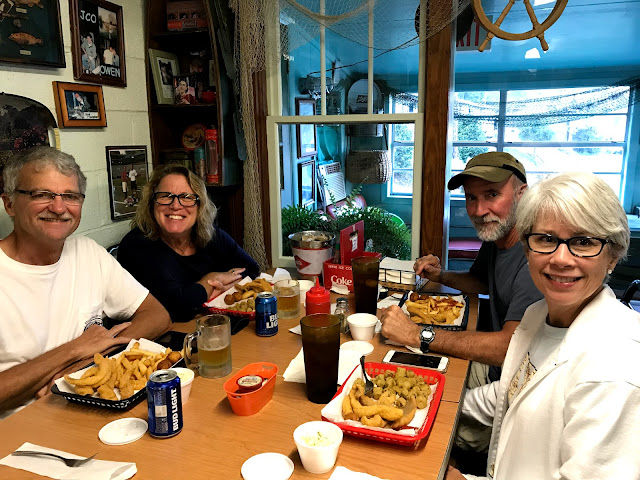 Since we payed no slip fee the catfish went down even better!
These are the crew of Moni-Jean the couple from Kentucky we have been traveling with 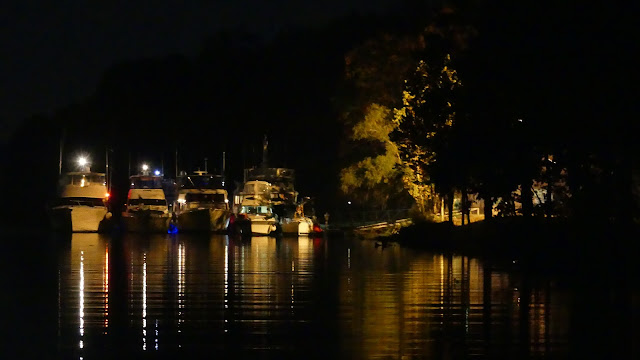 This is what the dock looks like after we were booted off from our anchorage.  Boats rafted 4 deep out and 2 deep along the pier 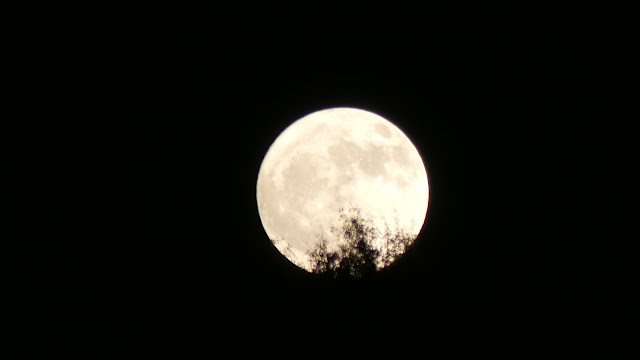 Who wouldn't want to be on the hook on a night like this?
Posted by George Sanders at 7:08 PM